Welcome To Your New Favorite Splort! 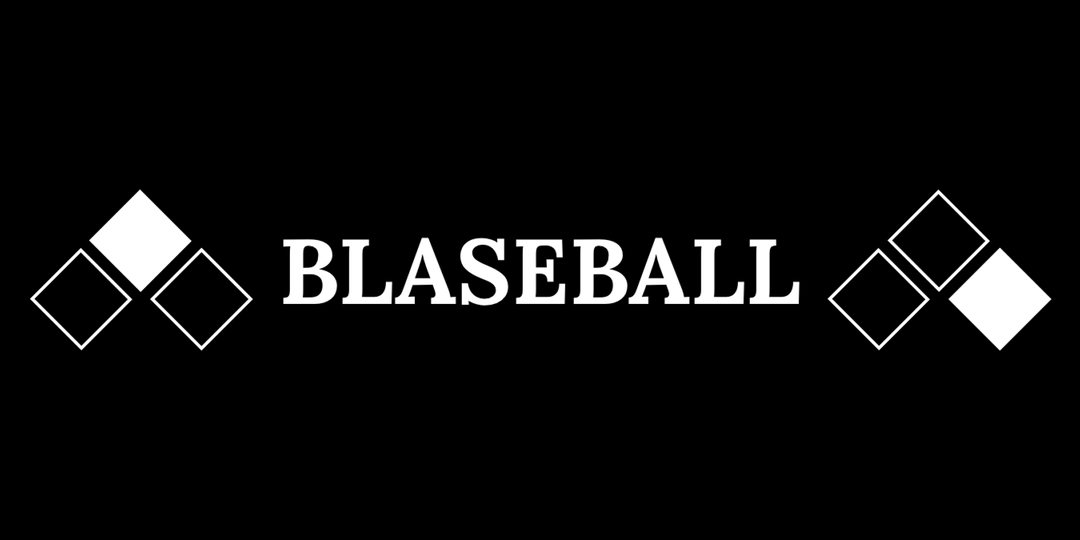 Let me officially welcome you to Blaseball: the absurdist-horror baseball phenomenon that took the internet by storm in 2020. Think fantasy sports leagues, but with no real money, some RNG, and simulated bloodshed — all on your browser of choice! Games are run every hour on the hour by AI players, with fans getting to bet on the outcome... while also getting to vote to change the rules every week.

The text-based simulator has just returned after a break since October 2020, so it’s never been a better time to get into the splort! There's a lot of different ways to find the fun in Blaseball, whether its optimizing your loadout for the most cash, getting involved with the endlessly creative community, or somewhere in between. With this article, I'm hoping to showcase the basics of the game itself while also giving some tips for new players as the season begins. So grab your peanuts and let’s get started!

What Is Blaseball, And Why Are Birds Attacking Me?

If you’ve heard anyone talk about Blaseball, then it probably sounds like a ton of nonsense (at least it did to me). While everyone talked about the Forbidden Book and necromancy, I initially struggled to understand what Blaseball actually looked like. The core of the game is actually similar to America’s favorite pastime, with batters and pitchers, strikes, outs, innings, and homeruns. Plays are read out on the website in text, with a UI that looks more akin to a baseball scorecard than an actual field.

The standard calls of foul balls and outs tick through the game log, but then the fun begins: in-between the mundane are special messages, usually relating to the weather or rare events. During the Lots of Birds weather, the game log can read: “The birds are mad at you. You specifically. You know who you are”. During the Peanuts weather players can be shelled in a giant peanut, halting them from play, and during Solar Eclipses, umpires have an increased chance of incinerating players. If you were ever a fan of the Welcome to Night Vale podcast or the Fallen London browser game, then you already know that this game was probably made for you.

If this sounds like absurd, horrifying fun you’d enjoy but you’re not usually a sports fan, then I have good news! You don’t need to know all the rules of baseball to enjoy Blaseball; this is a baseball fan simulator. Your role is to cheer teams on as players like Jaylen Hotdogfingers or Quack Enjoyable do all the hard work on the field and try not to die.

Take Me Out to the Blall Game

Once you create an account on the Blaseball website and choose a favorite team (which you can change later), you’ll be given 250 coins to bet on upcoming games in the League tab. Seasons run from Monday through Friday, with games live every hour on the hour and postseason championship matches on Saturdays, so you have plenty of chances to watch and to earn (fake) money.

This is only half the league; You haven't even seen the Charleston Shoe Thieves yet!

Fans then use their money to buy Votes for the Election, which runs all season, with results revealed on Sundays. The ballot offers up Decrees, where the most community votes win; Wills, which each team gets two of; and Blessings, that are handed out raffle-style to teams or players. Results of the election can alter the rules of the game, further developer-written storylines and give boons to your team.

It’s often a grab bag between a fifth base being added to the field, or releasing an eldritch entity onto the league, and sometimes…well, we don’t know unless we vote! Even when the results are revealed it still isn’t completely clear the kind of impact it’ll have on the game. Players in Season 2 voted on a decree simply titled “Peanuts”, with no clue their decision would bring the Peanut Plague upon us all. 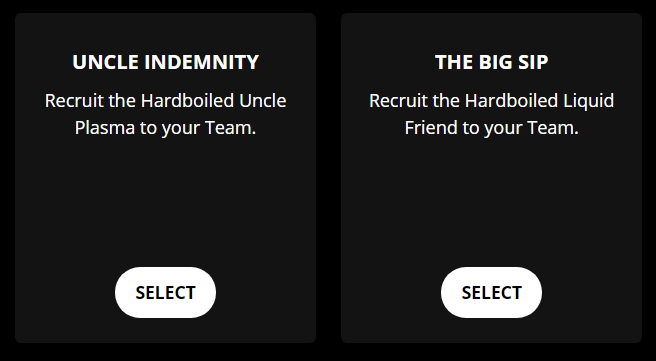 Who knows what chaos the Hardboiled Liquid Friend will bring?

If you want more cash to influence votes like those, then you can find other sources of income at the Shop. Snake Oil will boost the amount you can bet each game, and Popcorn gives you passive income every time your team wins...while Stale Popcorn rewards you when your team loses. For 200 coins you can choose a specific player (not necessarily on your team) to be your Idol, and with a Hot Dog or a Burger you’ll get money every time they hit a homerun or strike out a player. Then you can just sit back, relax, and watch the cash roll in! If you go a little too crazy on betting and you run out of money, then don’t worry — you can either sell some inventory items or get some Bread Crumbs to beg the Blaseball Gods for more coins. 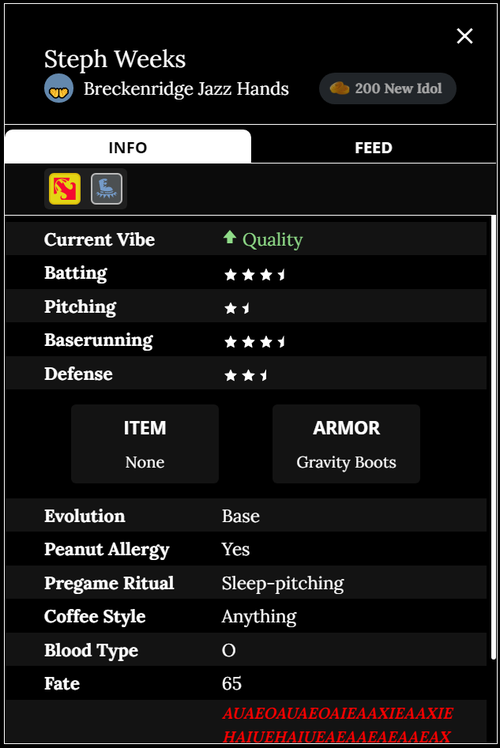 While you’re at it, some snacks open up different parts of the site, like advanced stats or shadow rosters for teams, and other unknown, secret stuff. Discovery is part of the fun, and Blaseball is the perfect website to go clicking around to see what you find! I like checking out the stat cards for each of the players, which reads out like a baseball trading card but if they had vibe checks and armor enhancements.

If you’re ever stuck on what to do next, the Actions module on the front page gives you a list of tasks to check out — and if you happen to miss anything, you can check the “Feed” tab on any team or player page to see what happened. When you run into terms you don’t understand, check out the Glossary under the Book tab. Some definitions are naturally cryptic, so if you’re looking to get a clearer explanation, it’s always a good idea to check out the Blaseball wiki or reach out to the good folks in the official Discord server. There’s also the official Blaseball Roundup on YouTube for plot summaries of the previous seasons, though with the disclaimer that The Anchor holds their own views and interpretations of the game.

Playing Off Of The Field

Part of what makes Blaseball so fun is all the content outside of the website. The official Discord server boasts over 31,000 members and counting, housing a global community comes together to cheer on their teams and collaborate. Because Blaseball is so minimalistic with its text-based design, there’s room for infinite interpretations, and fans take every opportunity to use the splort for inspiration.

With random outcomes to games and events, fans flock to dedicated lore channels in the Discord server to make sense of it all and hash out how they think it would look in-universe. Like say, in Season 1, the results of the Open the Forbidden Book decree simply read “Hellmouth swallows the Moab Desert”, and the Moab Sunbeams were changed to the Hellmouth Sunbeams. The simple text description let fans’ imaginations run wild, and they collaborated back and forth until they agreed on a shared narrative: that an actual hole in the Earth with teeth swallowed up the stadium, creating unimaginably hot temperatures that turned players into monstrous creatures to adjust to the new environment. They also established that this Hellmouth has a tug that tempts humans to enter its maw, then created the Hellmouth Anti-Tourism Board in-universe that actively discourages any visitors from coming to the area.

You won’t see any mention of this on the official website, but since everything is left to your imagination, you’re free to picture the game taking place in, say, a horribly arid baseball stadium with only a skeleton in the crowd that can stand the heat. The wiki is a repository for both in-game events and widely accepted community lore, with facts separated by “Rumors and Reports” tags, allowing you to have your own interpretation, even if its different from other fans. 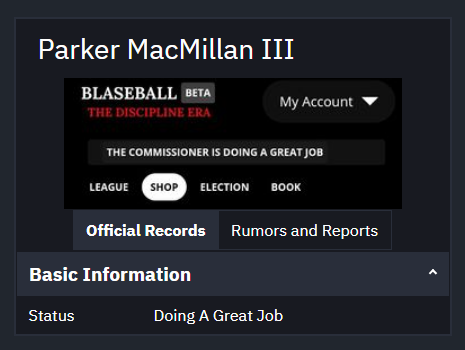 There's even a wiki page for the former Commissioner, who is in fact, doing a great job.

Community lore doesn’t always exist in a vacuum. Blaseball’s developers, The Game Band, tend to keep abreast of fan story lines, and even sometimes incorporate fanon into the game — like stadium names, which before Season 12, were relegated to the “rumors” side of the wiki. The official Blaseball twitter is an in-character feed from the Commissioner, who both reacts to in-game events and interacts with fan-run, in-character accounts of players and teams. It’s this interplay that makes for almost an ARG, with a cycle of community-wide actions affecting the game’s plot and being acknowledged by official channels that then fuels even more fan engagement.

Blaseball At Your Mercy

Fan-created content isn’t limited to just the wiki: Blaseball has developed an insanely creative and dedicated community, with fan artists and writers, statisticians who break down the game’s numbers, podcasts and sportscasters, and an entire band inspired by the Seattle Garages team. Heck, The Garages have, as of writing, near 300 Blaseball-inspired songs in their discography since August 2020, spanning the genres of pop punk, lo-fi and ska, with over 20 band members from around the world. At every moment, another fan is adding their unique perspective to the game.

If this seems overwhelming, then don’t worry — the community is as welcome to creators as it is to consumers! I personally like to stay on the periphery of the fandom, going on click-dives into the wiki and discussing it with friends rather than adding to it.

There is no wrong way to be a Blaseball fan. Some always keep a tab open, while others only check the site once a week. You could get really into a character and start writing novel-length fics about them, or be like my one friend whose only goal is to get as much money as possible so she can amass a, frankly, irresponsible amount of peanuts. To what end? I have no idea, but she’s having fun, and that’s all that matters.

There is only one thing to remember: have fun, and play blall. 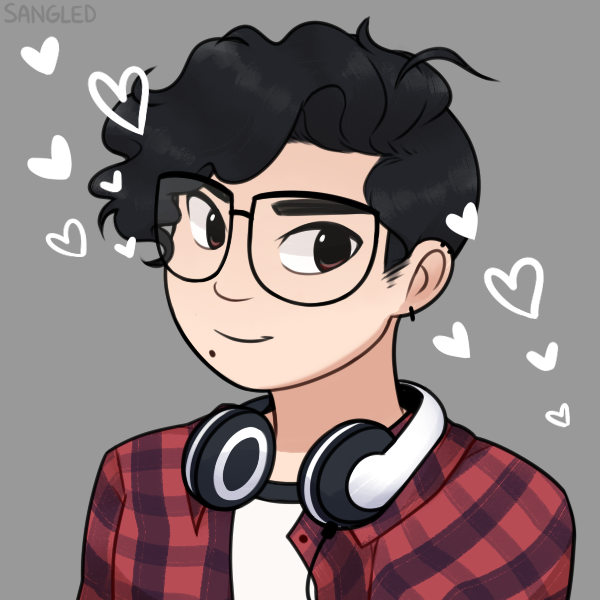 Born with a book in hand, Alyssa has an insatiable appetite for narrative. They spend most of their free time with indie games and visual novels, and love immersive stories, clever game design, and anything queer. If given the chance, they’ll gladly talk your ear off about Mass Effect or their D&D characters.

Born with a book in hand, Alyssa has an insatiable appetite for narrative. They spend most of their free time with indie games and visual novels, and love immersive stories, clever game design, and anything queer. If given the chance, they’ll gladly talk your ear off about Mass Effect or their D&D characters.