Life Is Hard, But Living Is Fun 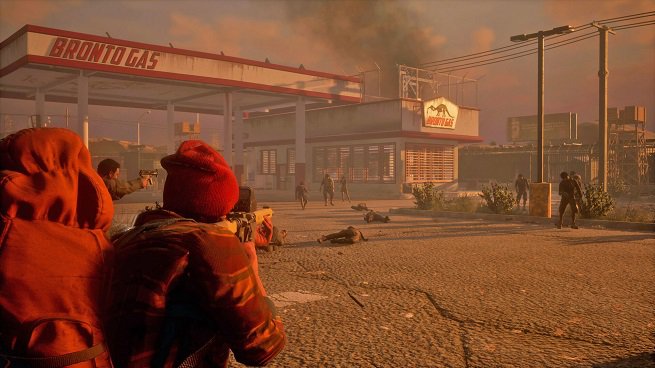 The first State of Decay game is an absolute favorite of mine. Despite its rough edges, the game had such great ideas and sinister tone that I couldn't help but get sucked into playing hour after hour on end. The only reason I haven't picked it up in about a year is because I knew that there was a sequel finally on the way, and I wanted to dive back into this world of scavenging and survival with fresh eyes. 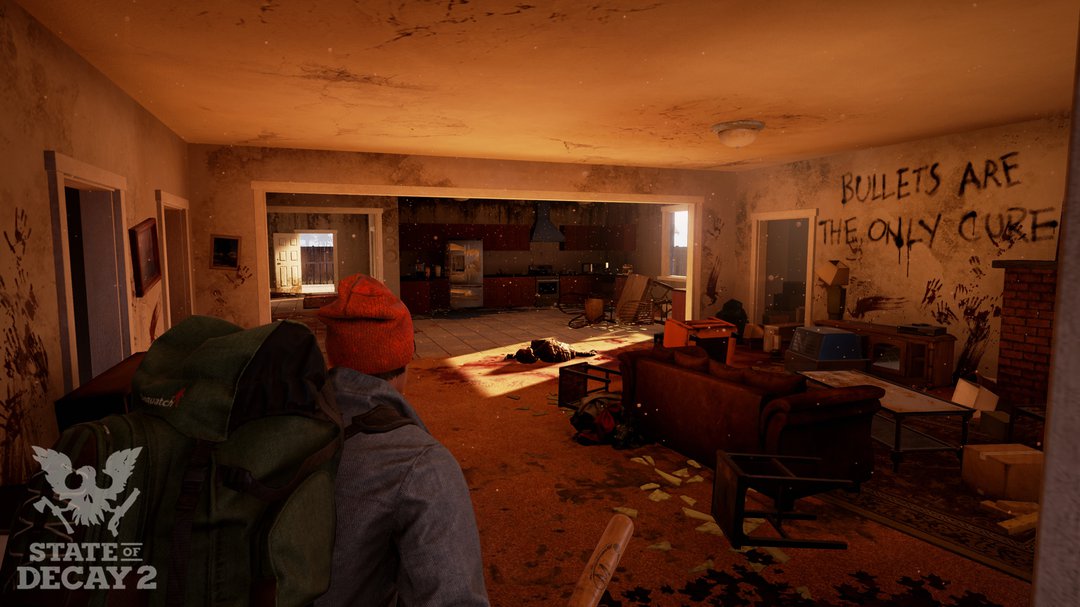 At PAX East, I had a chance to play a demo of the game, to see what was in store when the full game drops in May. It was unscripted, dropping you into the open world of a destroyed rural town; there was a timer set for how long you got to play in that sandbox, making you want to get into as much trouble as you could as quickly as possible. I also had a chance to speak with the developers of the game, see a whole bunch of additional content, and generally get myself incredibly hyped up for what is coming in just over a month. I can report back that the basic building blocks from the first game are all here: your weapons break down, you build bases, you can open car doors into zombies while driving down the highway, and the menacing, shambling music soundtrack is still there. However, State of Decay 2 will be made popular not by what it copies, but what it improves on. Players enjoyed the original, but did find themselves wondering what could be made even better.

From my experiences so far, we don't need to worry about this sequel bringing some great new stuff to the table.

One of the immediate upgrades to State of Decay 2 is that there is co-operative play. The set up at PAX East 2018 allowed teaming up with one other person (the full game will allow for four person co-op), so I was able to queue up alongside a friend. It was an exciting moment, knowing we would face whatever we found as a team.

To cut to the chase – the experience was glorious. I have always been a fan of co-operative games, so jumping into a favorite world of mine while having a good friend covering my back made this even better. I was equipped with some iron fencing and a shotgun, while he had a hatchet and machine-gun. When we inevitably found ourselves overwhelmed, it felt good to save his life by splattering the zombie that had pinned him. I felt a giddy rush when I was able to focus on the objective, because he was unloading a full clip through the front of the house. Gone were the days of having a half-useful, half-hinderance NPC partner on missions; now I had a living breathing friend to yell at as we were getting overrun. 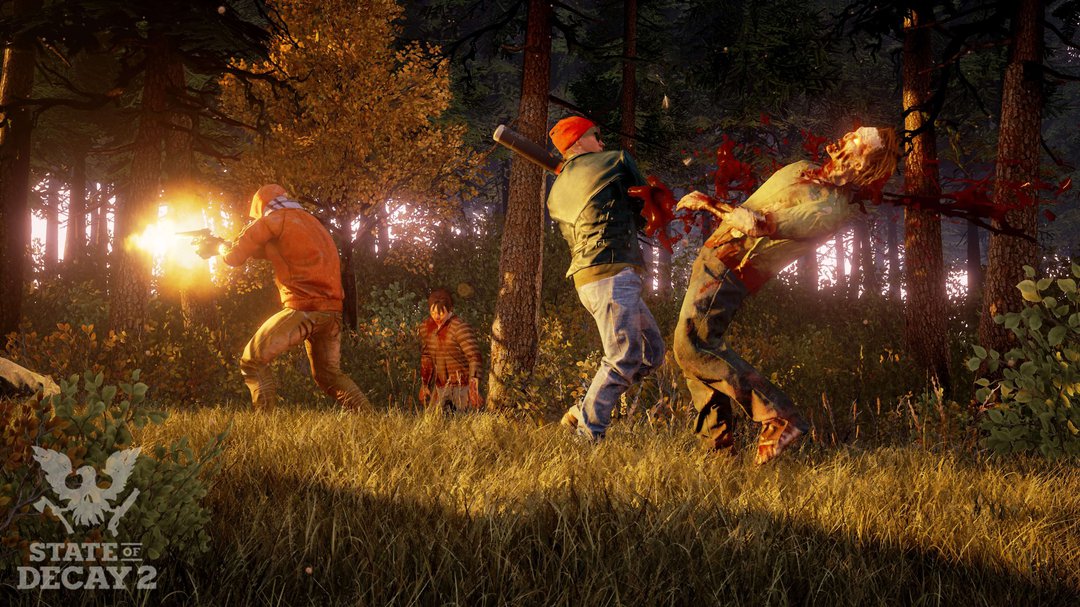 Objective, you might ask? Why yes. While there was not enough time to really dive deep into all the new features and changes, there was enough to see things had been changed dramatically. The booth attendants suggested we drive right to the thick of a big problem to see how the game played out. In this case, I saw on the town map that there was a zombie nest nearby. We drove up, splattering zombies on the way, not caring about noise thanks to it just being a demo. Just having another player able to open their car door into the shambling hordes made me smile - State of Decay 2 is immediately better than its original, just because you can share the experience with others.

A ‘nest’ in the original game meant a location where special versions of zombies lived in a small huddle; leaving them alone for too long created more zombie hoards in that region. Taking out nests are a great way to boost morale, as well as clear up an area. We set out to take out the target, hit with a rush of nostalgia. To be honest, I went into this demo expecting a simply refined experience from the first game, with the co-operative play being the largest addition.

I was pleasantly surprised – although I’m not sure ‘pleasant’ is the best way to describe what happened to my character next.

Parking outside of the abandoned home, zombies swarmed us, thanks to the noise of our car pulling up. This was fine, even expected... but then a wave of bright red, more aggressive zombies surged out at us. I also wasn’t expecting to see a status bar appear on my lower screen, indicating that something bad was starting to happen to me as I took damage – but more on that later. There are new zombies in this sequel, and much like the SWAT zombies of the original game, some of these versions would actually be pretty prevalent, instead of a rarity. 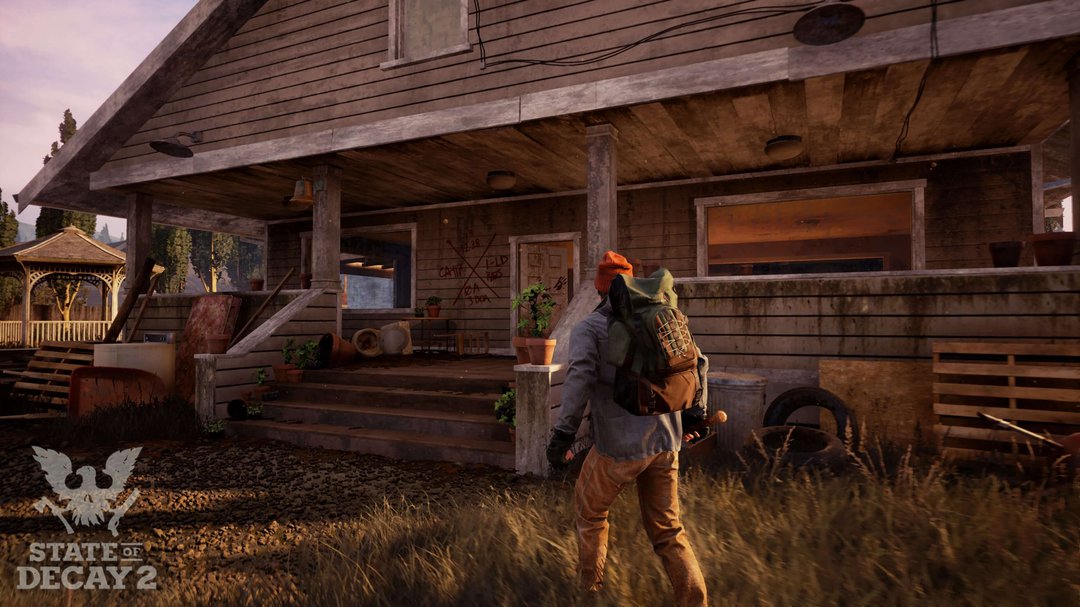 The real surprise however was inside the house. We kicked down the front door, emboldened by having teamwork on our side. This is when I discovered the nest in State of Decay 2 was now a literal phrase: there was a large mass of bone and muscle and flesh that was attached to a corner of the kitchen. It pulsed and glowed slightly, with multiple ribcages sticking out obscenely.

This was our target, and we weren’t quite expecting what was about to happen next.

Before starting to break into the house, I had followed standard State of Decay protocol: you want to clear an area so you aren’t surprised while ransacking or involved in close quarters. Guns cause a lot of noise, and since I had a partner, I felt much more comfortable going all out. We made sure no little red blips were on our radar screen before lunging into the house. Thinking this nest would be a simple affair, I fired a few rounds at the thing. In response, the pile of bone and muscle let out a loud, screaming roar.

This was not part of my original plan.

My radar immediately showed a lot more incoming red dots, and while we managed to wipe out the nest, it took a lot more hits than I was expecting. Zombies had poured through every possible entry into the house, and my gun had jammed in the process, which was something that didn't happen in the first game. To make matters worse, many of those zombies had that red hue to them, marking them as blood plague zombies. Once I realized the threat these deadheads represented, it was too late.

You see, blood plague zombies represent the true terror of zombies: infection. That bar on the bottom of the screen had filled in, little by little, as I had let each of them bite and scratch me. The basic melee scraps that I had grown to enjoy in the first game were suddenly were a lot more stress-inducing. Then I hit 'infected' status at the same time my partner was, and we realized the real problem this posed. While the demo was going to come to a close before I had a chance to really let this sink in, we discovered that each of our characters now had a timer until we would die a horrible death. The community we represented as a whole had that period of time to either A - kick us out of the group, B - kill us, or C - try to find a cure. If I had been playing this as a full playthrough, having to remove two characters from my community would be crippling... unless of course, I wanted to risk even more supplies and characters to try and make a cure. 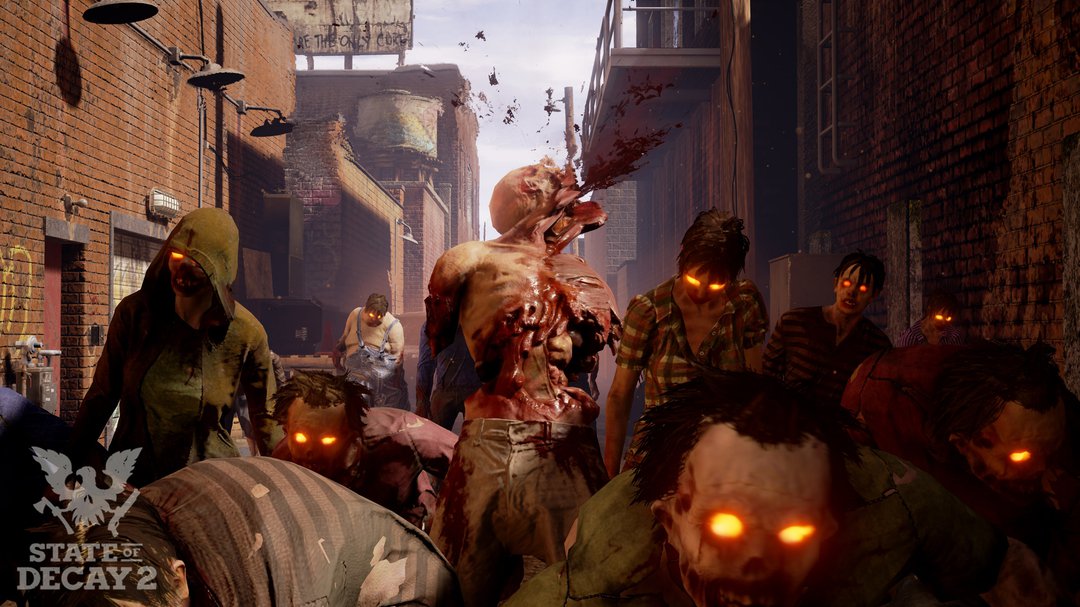 While I mentioned that the base building, scavenging, and survival sections of this sequel were certainly looking improved, make no mistake that the stakes have been raised as well.

The original State of Decay was a beautiful mess. In no way do I mean that as a negative either; it was a game filled with promising ideas, tense moments, unfinished thoughts and rough edges in equal measure. I loved that game not just because it was fun to play, but because it was a tantalizing look at a zombie game that didn't have to be just about running and gunning. It didn’t always fulfill all of the concepts it was going for, but it proved how exciting they could be.

State of Decay 2 is poised to be a fulfillment of many of those promises. The combat feels cleaner, the graphics are better, and the base and community systems look a ton more realized. There is more to do, more to interact with in the world... and of course, new and excitingly horrible chances for your band of survivors to die horribly.

I can’t wait for this game. State of Decay 2 has a very large checklist it needs to check off, but from what I’ve had a chance to see and play, the game looks to be doing just fine in that regard. Get ready for it to drop on May 22 - I know I'm waiting for a chance to play again.