The Nook Island Getaway Looks Better Than Any Town 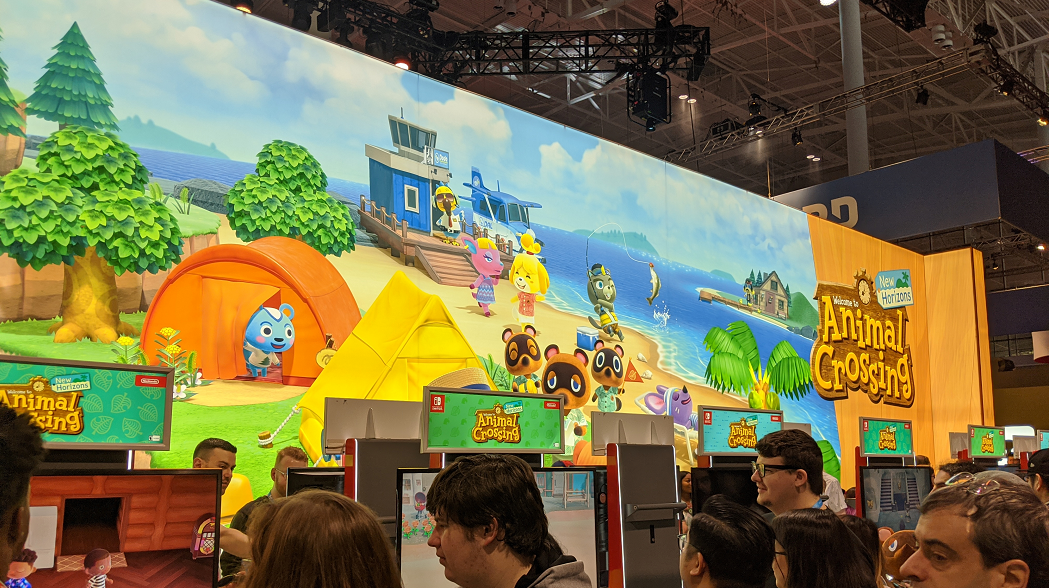 Today was the first day of Pax East, and everyone here at S&D had their own assignments. Mine was (arguably) the best; during media hour I got to demo Animal Crossing: New Horizons. By the end of the nearly half-hour I had playing, I was fully convinced that Animal Crossing is back and better than ever.

Now, I don’t have to tell you that New Horizons is going to be great. If you are already a die-hard fan like myself, the answer is always going to be "Of course it is". I mean, did you see the Nintendo Direct on it? It was art. Nevertheless, knowing what it’s like to actually play a game is much different than seeing a video advertising its features. 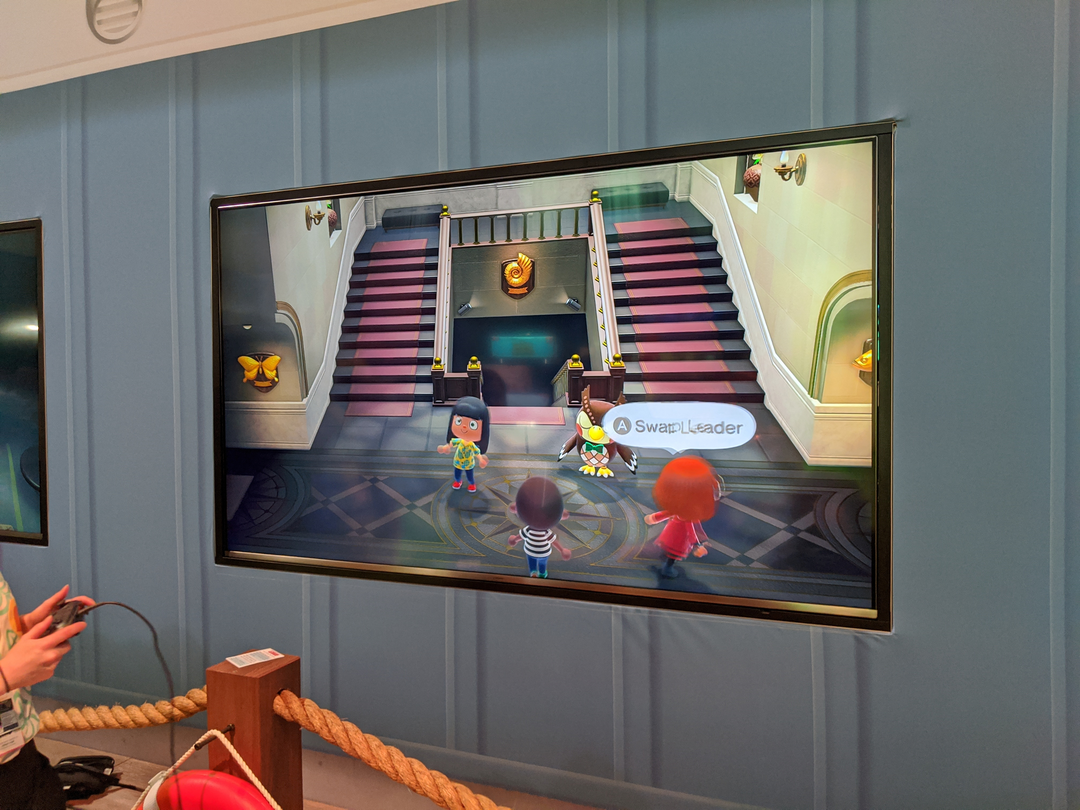 The museum is back with a new refined look.

My Time On The Island

In my time with New Horizons, I was paired with three other players, one being a Nintendo “ambassador.” They lead us through the game, demonstrating the different crafting items, fishing with us and generally showing us how multiplayer works. And surprisingly, it works pretty well. One player takes the role of “leader” and the rest follow. The leader is pretty much the decider of what’s going on on the screen - if you want to go somewhere everyone else is too. It’s also important to know that followers don’t actually keep anything they pick up. Those items go into an item box in town hall and have to be retrieved from there. The point is, pretty much, for followers to support the leader, helping them gather more resources or just get stuff done faster.

What’s really important though isn’t what the ambassador showed us, but what we saw that was different from previous games. Mainly, that was the DIY crafting system. It’s the biggest addition to the game by far: players can finally make their own furniture, items, apparel... you name it, the list seems to go on. The best part is you don’t have to look too hard for new crafting recipes, because your villager will come up with them as you find new items. For example, the useless empty tin cans that you could fish up can be repurposed as a planter for succulents. Assumedly, that also goes for other previously pointless items. It adds a new level to collection to create a system that feels like it has its own gameplay loop. 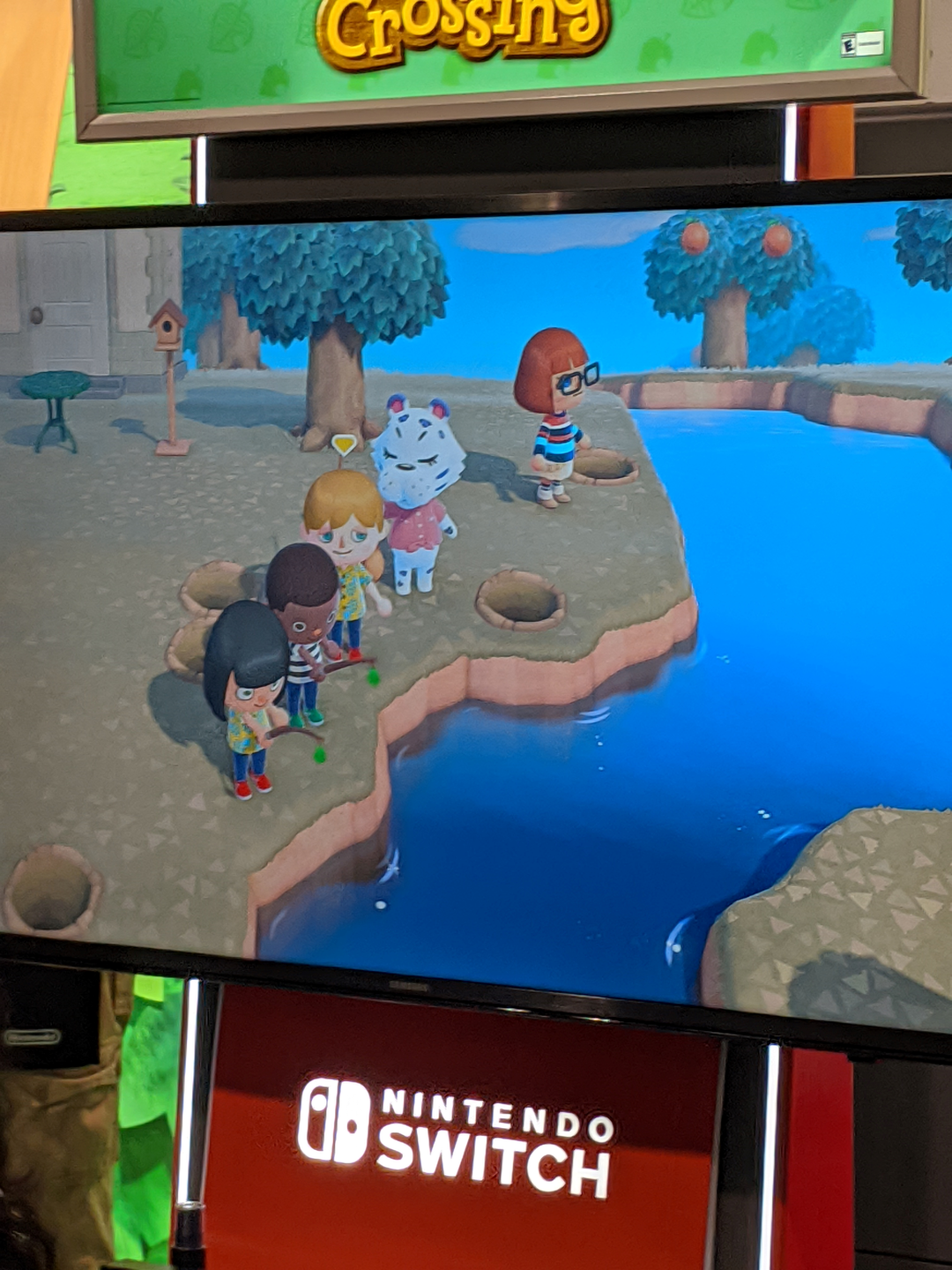 It also seems like Animal Crossing wants to give players all the bells. Of course you can still sell the usual fruit, bugs and fish, but there’s also the new crafting items that you’ll be able to peddle for cash. Not just that, but there seems to be more money in the ground too. Besides the usual star shapes in the ground that indicate a fossil or lloid, there’s also spots with gold glowing up from them. Those spots hold at least 1000 bells. I’m not sure how often those will spawn, if it’s just one a day or more. What’s for sure is you won’t have a problem paying off the massive loans you owe to Tom Nook.

There’s a lot to look forward to in Animal Crossing: New Horizons. It’s everything that the series has always brought but polished even further, with an emphasis on letting players decide totally what to do with the small town around them. While I didn’t get a chance to look through more of the game, specifically what the endgame will look like, I can say with confidence that getting there is sure to be an enjoyable trip. If you are a fan of the series, you are going to end up happy. If you've tried the series in the past, but wanted just a little bit more agency, this new entry might just be what you've been waiting for thanks to the DIY craft system. 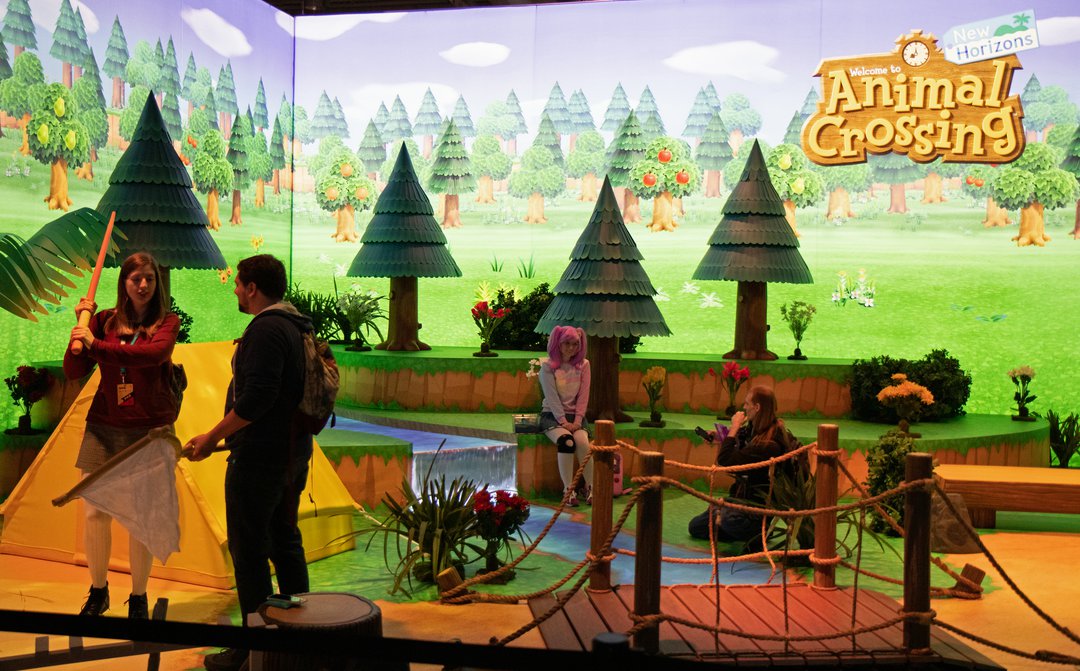 If you are at PAX East, make sure you stop by the Nintendo Booth - even if you don't want to play the demo, there's a walkthrough area with lots of silly cute photo ops!

Animal Crossing: New Horizons might come out in less than a month now - March 20th - but it's made me even antsier to get my hands on it to start paying off that debt to good old Nook. See you on the island.