The Anime Tabletop RPG Returns For Another Season 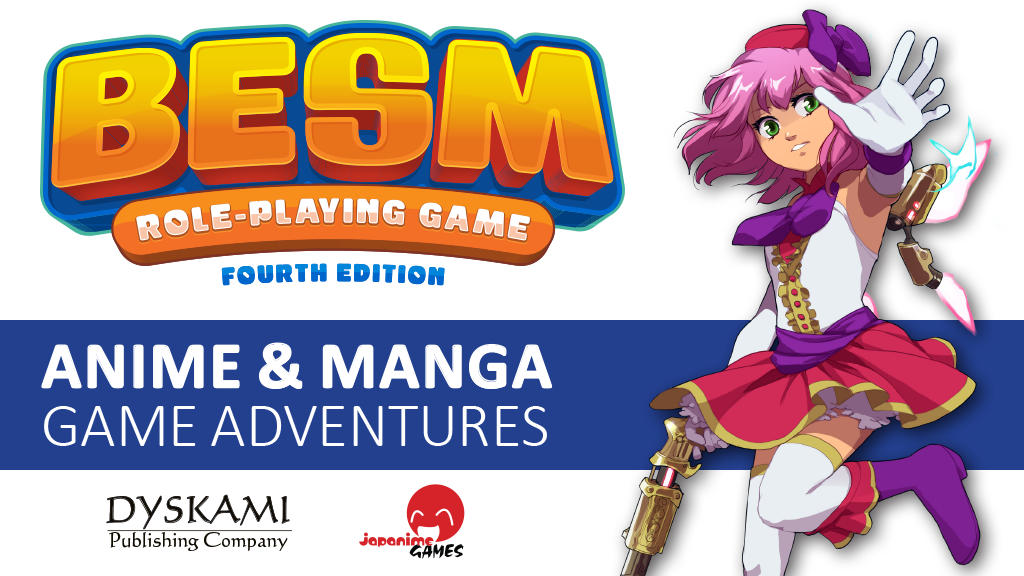 Like a shounen protagonist, Big Eyes, Small Mouth (BESM) just keeps getting back up. Dyskami Publishing recently announced that they have entered into a licensing arrangement with White Wolf Entertainment - best known for the various World of Darkness RPGs - to produce a fourth edition of the game.

If you’re not familiar with BESM, it works a bit like a very trimmed-down GURPS. If you’re not familiar with GURPS, then just know that BESM is a highly customizable and mechanically simple game. There are only three stats - Body, Mind, and Spirit - and all skill and combat checks are made with a simple 2d6+modifier roll. Unlike, say, D&D, the focus is not on creating a layered and balanced tactics game, but on making and playing the characters you want to play.

Characters are created with points, which you can spend to bolster their stats or give them special abilities. Character creation is the most complex part of BESM, and rightfully so, as you’re given a lot of freedom to make nearly any character you can imagine - as long as it fits into an anime setting, of course. With that said, you’ve got a lot of freedom in which setting you’d like to be in: Space opera? Mecha? Martial Arts? ...Exotic Girlfriend? 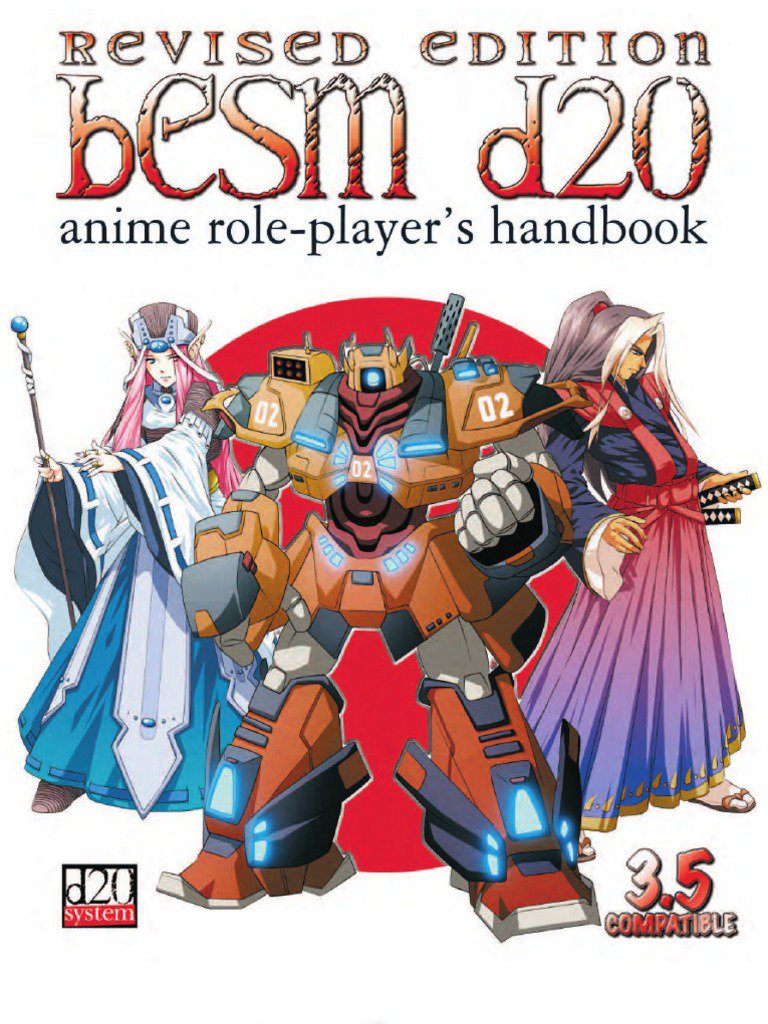 In this older edition, you could be anything from a monster trainer to a mecha pilot. Its all designed to let your group play to whatever genre of anime that you like!

Again, it works a lot like GURPS, just with a much narrower focus. You come up with your character concept, then purchase abilities that are appropriate to that character and setting. Flying catgirl with twin swords in a fantasy setting? Go for it! Just make sure you don’t accidentally give her a future-tech jetpack instead of a natural ability to fly.

The president of Dyskami and creator of BESM, Mark MacKinnon, released this statement about the upcoming fourth edition:

“It’s been well over a decade since I wrote the third edition of BESM, and having the chance to once again produce the game that means so much to me is a dream come true. The fourth edition has been under development for many years and is an opportunity to reenvision an entire new game line, updating both the design and presentation of BESM for today’s gamers yet hearkens back to the roots of earlier editions. Furthermore, we’ll be expanding our relationship with Japanime Games to co-publish the BESM relaunch and provide exceptional customer service and support. What a year 2019 is going to be for anime and gaming fans!”

As his statement suggests, there are plans to release not only a new core rulebook for BESM, but various expansions and supplements to support the system for years to come. However, according to their Kickstarter, this is not a full rework of the system, but more like a touch-up of the previous edition. It’s more like the transition from D&D 3.0 to 3.5, rather than the one from 3.5 to 4th Edition. 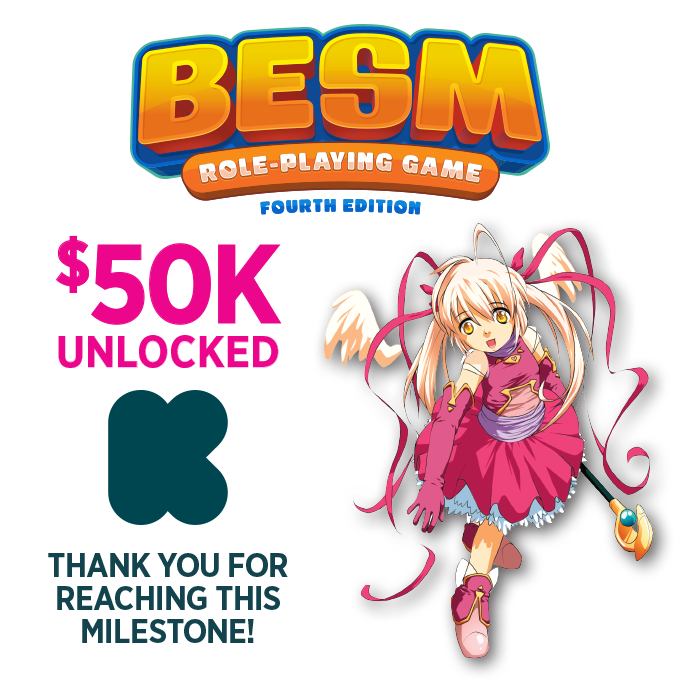 It already has a LOT of fans.

Is it worth backing? Well, plenty of people certainly think so. As of writing this article, BESM 4th Edition has been on Kickstarter for three days and is nearly 250% funded. There are a lot of people out there that love tabletop RPGs, but want to move past high fantasy - this is certainly one way to do that fast.

If you’re a fan of the system and are hungry for some new content, or if you’ve never tried it but you’re interested, this may be perfect for you. Check out the Kickstarter page for more details.