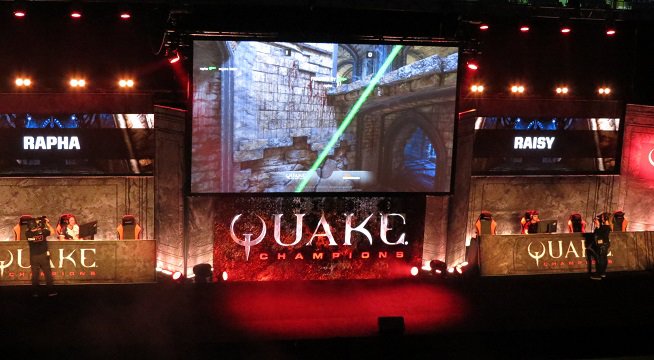 What have I gotten myself into? That's the thought that kept going through my head throughout my first day at Dreamhack Denver. As we waited for the ribbon cutting ceremony to begin, I kept seeing people in what could have been sports jerseys piling in behind me eagerly. 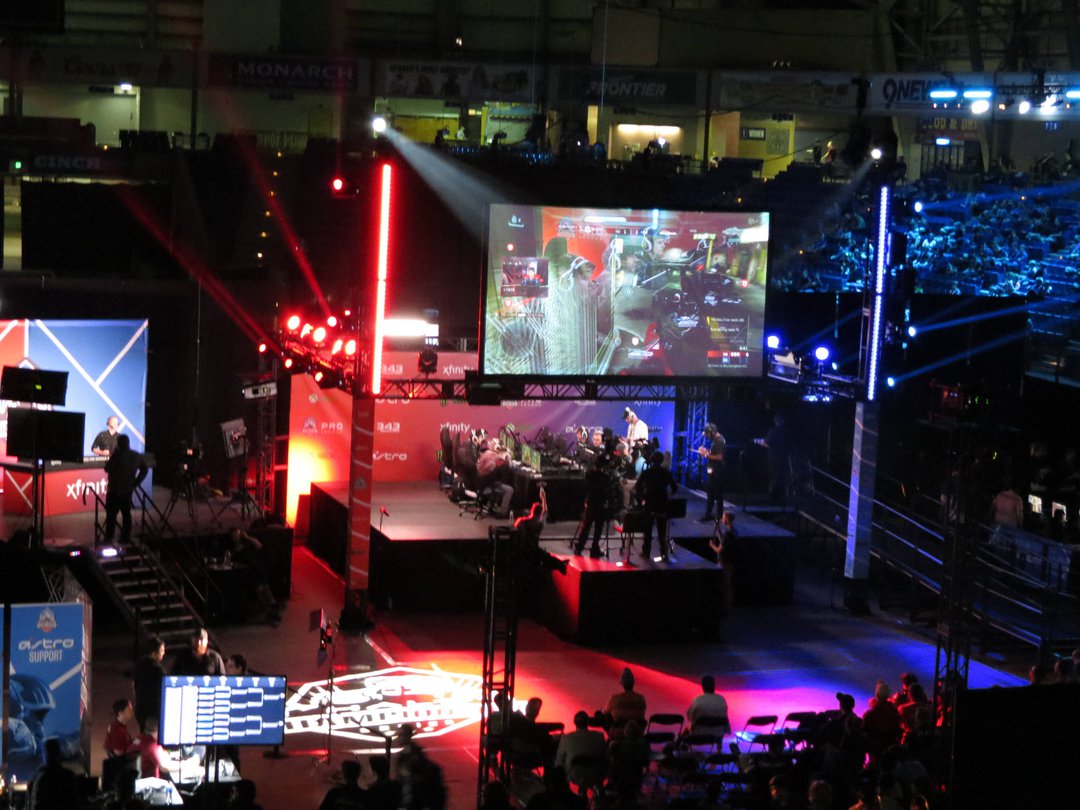 I write this article as if I'm jumping into a different world, which might be a bit odd to readers that had loved Dreamhack events in the past, or who have travelled to watch the world championships of games such as League of Legends. It is still a bit surreal for me, as I was always told growing up that video games would never lead to anything but self-satisfaction; and for the most part, I believed that idea. To see a convention that was dedicated not just to showing off new games, but instead to glorifying games that could be years, even decades old for monetary prizes... it feels like a cultural shift I'm only now getting to see first hand.

Dreamhack has already made me wish I had kept up on my Halo game from back in college.

A Different Pulse Than PAX

I write this article as if I'm jumping into a different world, which might be a bit odd to some. You have to understand that all of my large conventions have been PAX events. In those conventions, the show floor has the feeling of being a large sales show floor. Companies and publishers are lining up, shouting "buy my game!" as loudly as possible, with flashy displays and free T-shirts. Dreamhack immediately is different. There is an expo hall floor, but its main purpose is selling hardware: flashy monitors, keyboards, mice that have statistics that still look like another language to me.

At PAX East in the last few years, there has been an arena area that has started to appear. Between the very large Tabletop section and the expo hall floor filled with hours-long lines, the arena was a place that I mostly walked past to get to where I needed to go. Again, this was flipped on its head for me here at Dreamhack. I had plenty of room to try out games in their arcade freeplay area, or try out some new games in the indie showcase section, while most people walked by me to see their favorite games being played. Here, the energy funnels to the stadiums and stages. For most of the first day, I saw gamers dragging in computer rigs that put anything I own to shame, preparing for events later on in the convention. On an hourly basis, large groups that were checking out merchandise would suddenly vanish to watch a tournament round of Overwatch or Counterstrike, and then would rush back in to lines to get food or see if there was some fun to be had at freeplay. Many would stick around stages to talk with their favorite team.

Overwatch being played as a college sport still makes me sad I wasn't born 5 years later.

Dreamhack feels different, and I honestly spent a good part of this day getting used to that feel. By the end of it though, I felt at home sitting down, and watching matches being played. Part of me wanted to get up, to find the new shiny game to write about and review, but here its all about the stories of the competition, of the best play you've seen that day. As I slowed down, and listened to the game announcers, I enjoyed the event more and more.

Another major change is how at an Esports event, the focus isn't on brand new games, but instead honoring and revering ones already out. Counterstrike is alive and well at events such as this, and while I know most of my friends scoff at Halo still being around, here part of a stadium was dedicated to it. I also enjoyed how there were competitions that people could join in on themselves: while there were some events that you needed to come prepared to, with teams or invitations, there were many others that you could simply sign up for. Smash was of course being played, and you could be a walk in. The Hearthstone tournament here prides itself as being one that anyone can enter. I almost did, but competing would have taken up two full days, rather than letting me wander.

Something I wasn't expecting was a very different set of activities. Archery tag, where you get a chance to launch physical projectiles at others, was a great way to get the blood pumping between matches. There was an area where you could try flying drones for yourself, and occasionally, a massive game of jenga drew a crowd. I found out that these more physical activites are actually requested for at these events by the Esports coaches; its a way to allow their players to get up and stretch, to engage their minds in a different manner. A way to keep their head in the competition, which makes sense: some of these events run the full three days. I hadn't thought about this particular need to offer something besides games at the convention center itself, but it makes sense, and it definitely added to the mood of competition.

The Convention Hype Is Still Real

By the end of the day, I was having a blast. Sure, I wasn't having as much hands on time as I am typically used to having in other conventions, but that wasn't the point here. The point was to watch the experts go at it, and I'll be honest, I want to fire up Overwatch again for the first time in months now. There were certainly different events to participate in, but there was still enough familiarity that I had a great time. 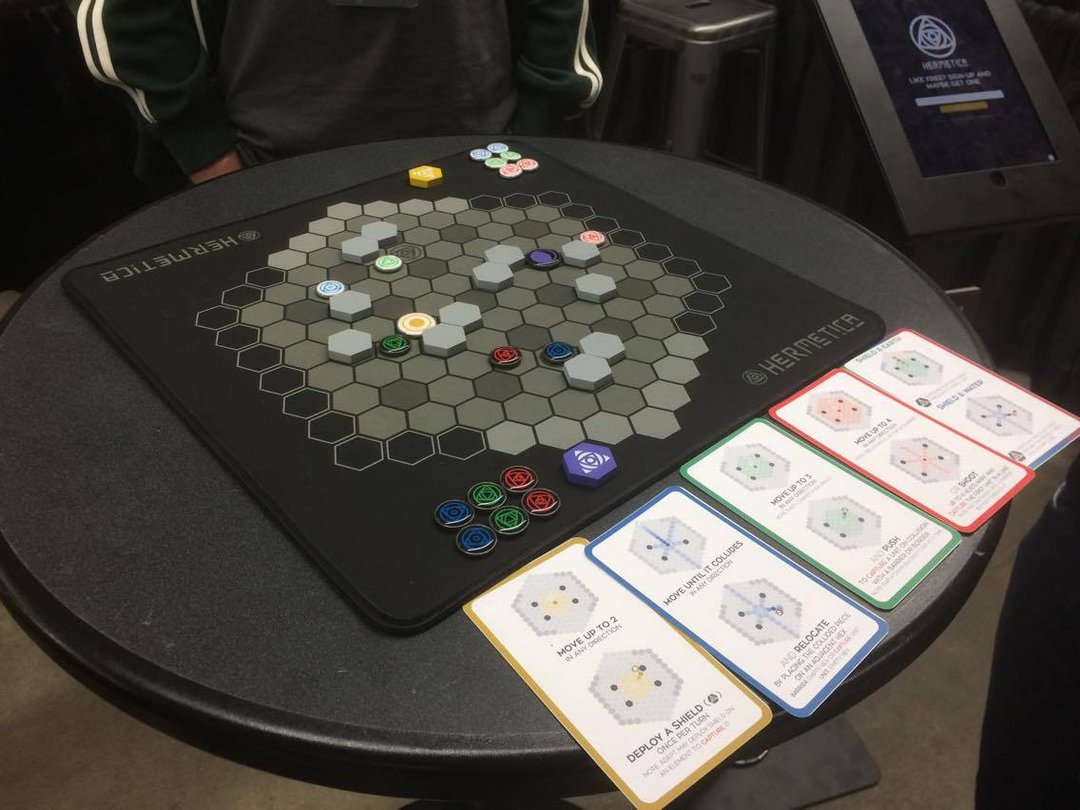 I was happy to still see an indie showcase, and an area just for tabletop gaming. It helped me feel at home.

My first foray into this different world ended with me wrapping my head around the mindset, the concept of Esports a bit more. Seeing Esports shows starting to appear on television, or hearing about their broadcasting over Twitch, I couldn't quite grasp the appeal. However, to be in a crowd, hearing the chants and upswells of excitement as a major play was either a success or failure, Esports starts to become real and tangible. You start to understand why the crowds gather, and how much fun can be had in the competition.

I've been told that events like this get more crowded as the weekend goes on, not less. As tournaments go through the first few rounds on the first day, and work into the finals, the energy skyrockets, and the masses gather to see who wins the big prize. I'm looking forward to the chance to seeing how big these crowds can get in the stadiums, and just how loud they'll cheer.