Time To Get Good 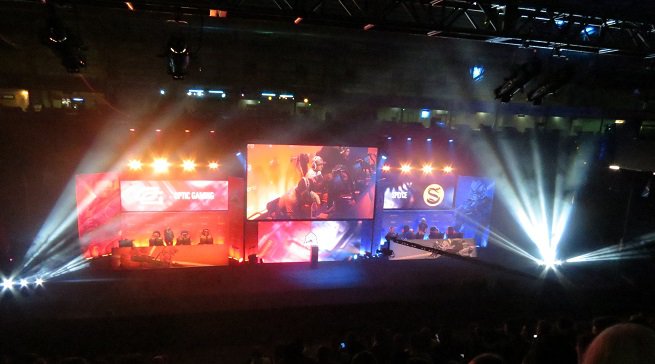 After this last weekend, consider me a believer in Esports gaming.

Before Dreamhack Denver, I didn’t think it was possible for me to enjoy Esports. I grew up half believing the zeitgeist about video games in the 1990s: that they were a waste of time, and that nothing of substance could ever truly come of it. Now, the game design industry is as large as Hollywood, and a whole new way of thinking about games is starting to take over. Jerseys for game teams, the chance at college scholarships for owning noobs; had I missed the boat to this new world? 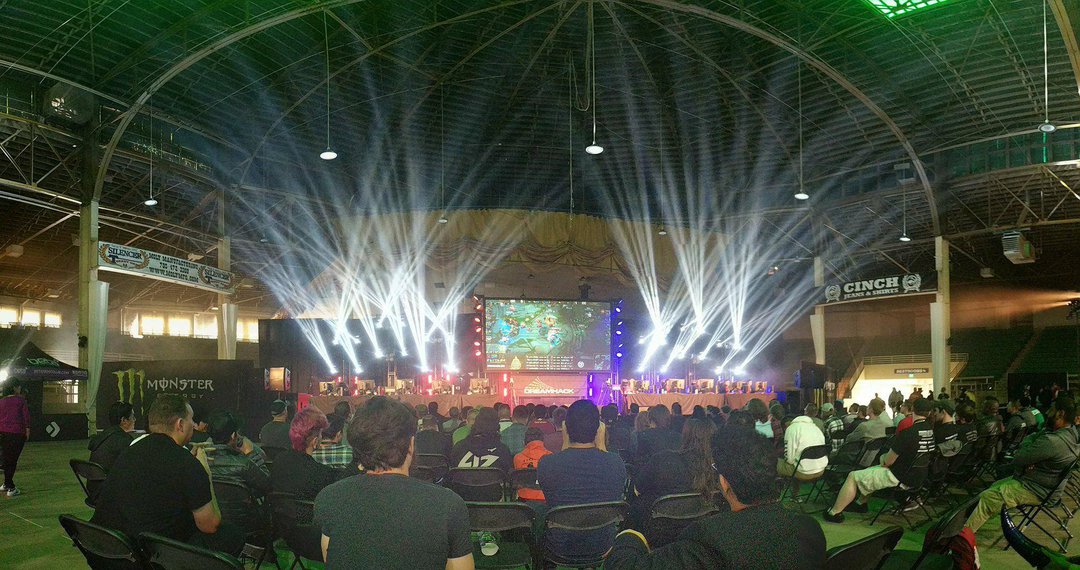 A college game of League of Legends

My experience at Dreamhack Denver proved to me I hadn’t missed my chance.

So Many Competitions, So Little Time

As I’ve already written, the first day had a little bit of a culture shock involved. I was used to the glamour of game conventions where multiple companies were trying to sell me something, Here, Dreamhack already knew exactly why everyone was here, and most attendees made bee lines for what interested them. Halo championships, Overwatch collegiate sports, Quake events, both team and individual; you could find people waiting just outside the arena for an hour or more, excited to watch someone special, or to compete themselves.

I spent a lot of time wandering this last weekend: the convention hall was a sprawling 300,000 square feet of space, and without those long lines I was used to at an event like PAX, I suddenly had a lot more time to explore. If I could lodge a criticism of this Dreamhack event, it was that the sprawl sometimes hid the amount of excitement that was present.

On one end of the event was a massive stock show arena that had been transformed into stages for Counterstrike, Quake, and Halo. In the main building, you had an area in the back set up for fighting game stages and massive Smash Brothers tournaments, and a main stage for college MOBA sports in the basement. You had to find the events you were looking for, while some of the floor space in the middle felt empty. The Hearthstone tournament, which was a massive three day undertaking, I didn’t find until the end of the second day.

That shouldn’t discount for what I found by the time I arrived at each competition. Each stage had its own die-hard fans crowding around it, silent for long periods before erupting into cheers or turning to give commentary to their friends. As someone that considers themselves a professional person-watcher, this is what I started to find fun and fascinating: games are just games to me, but once fanbases begin, they transform into something more.

The Many Different People Of Dreamhack

If there was one sort of person that blew my mind last weekend, it was the people who were there to be Esports announcers. I remember watching a Youtube video about Esports and announcers years ago, and not really thinking twice about it. While I watched Halo matches, I could tell a good sniper shot from a bad one, I didn't need an announcer. However, at Dreamhack I realized how important an announcer can be: the sniper shot I thought was great was actually a bad call because they should have been focusing on the flag, and this team I was watching was great at kills, but bad at objectives. Now I knew that one team was a crowd favorite, and the other was an underdog. Now I suddenly found myself rooting for one team instead of the other. 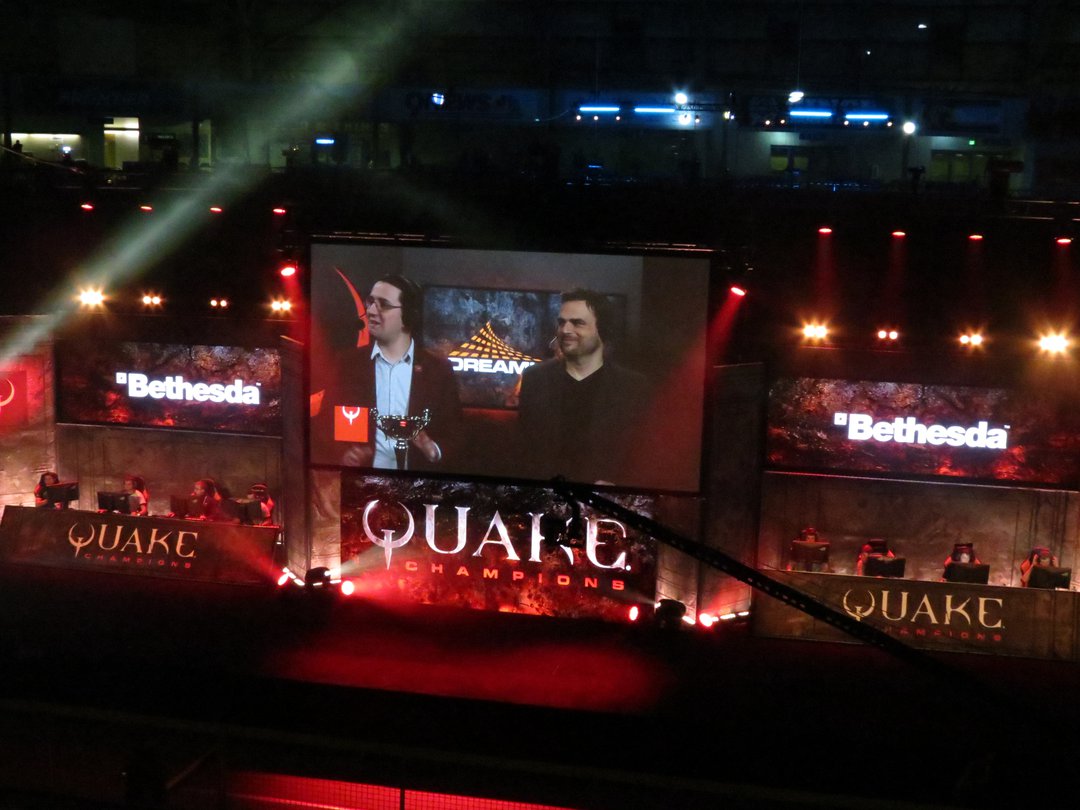 The announcers are the hype men of Esports, and while this might not be a revelation for most, Dreamhack is where it all finally clicked into place for me. Watching early matches on Friday where there was no announcers left me wandering quickly, and most spectators were on their phones. By Sunday, when teams of announcers were calling every play, some of those same people were now sitting on the edges of their seats.

For everyone else, I found myself asking a question over and over while at Dreamhack. It didn’t matter if I was talking to an indie game developer, a competitor, or someone sitting across the table from me while eating. I started asking everyone, because I was genuinely curious what the answer would be: “What are you here for?” 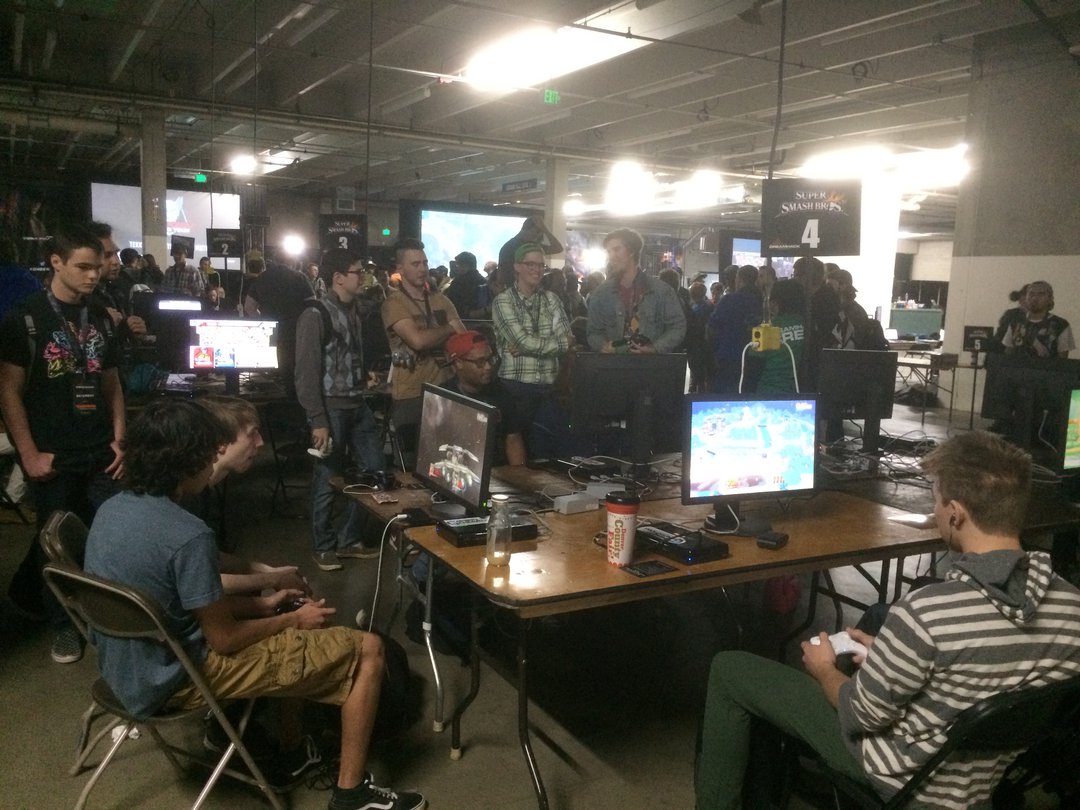 Over 300 entries into the Smash Brothers tournament showed me how accessable some Esports were - or just how much some people liked to try their luck.

I was delighted by how many different responses I received. While I played card games in the tabletop section, many of my opponents were here as amateur competitors; they were at the event to just test themselves against the bigger fish in games like Tekken or Street Fighter. Some had yet to play, and they were usually anxious and full of tension, while others had already been knocked out and were now relaxing by learning to play a new card game. There were convention-goers that wore jerseys of their favorite teams (Team Liquid seemed to be a favorite I kept running into), and they were just passing time until their events started.

I wasn’t expecting the people who weren’t there for the competitions, and instead just wanted to play in a bigger setting. The section for “Bring Your Own Computer” was massive, and several people I spoke to were just enjoying getting a chance to play with others face to face, or meeting team-mates they had never seen in person. I found a few board game designers who actually were from Brooklyn; they had travelled like I had because they had a friend in the area, and wanted to expand their markets.

There were cosplayers who came for the competition, and locals who were just happy to have a gaming convention in their home town. You had the competitors themselves who wore matching shirts, and were hopeful to split prize pools worth thousands of dollars. Everyone was there for the love of the game: for some it was a particular focus, while others were there to explore and find something new. Many people were there hopeful to win a pile of money, but most were there for the same reason I was: just to have fun, to feel connected to the community.

The Wonderful World Of Dreamhack Distractions

It isn’t just Esports at an event like this anymore. During the ribbon cutting ceremony on Friday, Dreamhack leaders mentioned that they were trying to expand the appeal of their events, trying to find a way to attract more participants to those large arena events. I sincerely enjoyed the distractions that archery tag and drone racing, but I was happy to see free play areas abound. An actual arcade set up was near the entrance, but there was also an Indie Game Booth area, where I got to meet the awesome people of Serenity Forge, and found some great new material to write about.

The most surprising area to me was the tabletop section. This was an Esports event, so why would there be a wide section set up for board games and card games? I soon found out by talking with Cascade Games, the company who helped conventions run tournaments for games like Magic: The Gathering. Like archery tag, it was something else for Esports players to do, and for convention-goers to have downtime while waiting between matches. Cascade Games mentioned how that, at Dreamhack Atlanta, there had been a power fuse failure, and so the people behind Dreamhack suddenly truly appreciated their presence as people flocked to play something non-digital. I had a chance to try out Star Wars: Destiny, and compete in Magic: The Gathering matches, which I hadn't done in years. I had fun actually teaching several Hearthstone players Magic: The Gathering, which was interesting in itself, since it was Magic that had inspired the Hearthstone craze. There was even a Magic draft event you could try and qualify for that, if you made it, there was $10,000 on the table. 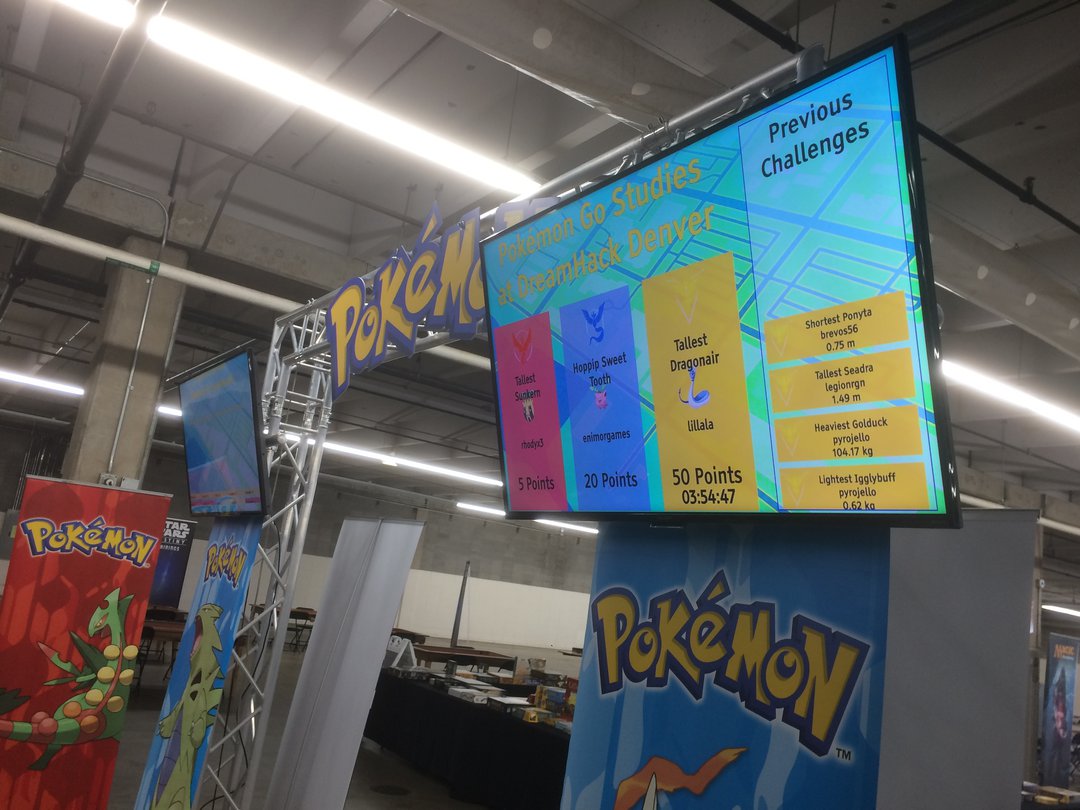 My favorite distraction? Somehow, Pokemon Go. Cascade games had set up a set of screens that let passers-by know what kind of Pokemon that they were looking for: very tall bulbasaurs, or very light charizards as an example. Contests happened every half hour or hour, and you won by logging your entries with people near the screens. I would regularly find a half-dozen people watching the scoreboard to see who had the most points throughout the weekend, and Cascade games could let you cash in your points for discounts in their shop. It was a great way to grab attention, and use a mobile game to cause an event inside the convention.

Inspired By The Scene

I came to Dreamhack a bit tentative, a bit unsure. Was an event like this really for someone like myself? Could I find myself enjoying it?

I am, sadly, a little over 30 now, and so I feel as though I am someone that missed the window into competitive sports. I had let that thought embitter me to the idea of watching video games for fun, rather than playing them myself. Now that the convention is over, I find myself watching Heroes Of The Storm competetive matches in the build up towards Blizzcon, eagerly trying to learn so I can improve my own game. I find myself wondering if I should try to play ranked in some of the games I enjoy, just to see how well I could do. I might be past my prime for those teams who spend hours a day training, but wouldn't it be fun to see if I could ever try to compete at Dreamhack in some of the novice competitions? Maybe I should make a team for Heroes, and call it Grumpy Old Men.

Thank you, Dreamhack. I understand the appeal of Esports now, and see it for what it is: a great new way to bring people from all different countries and walks of life together.