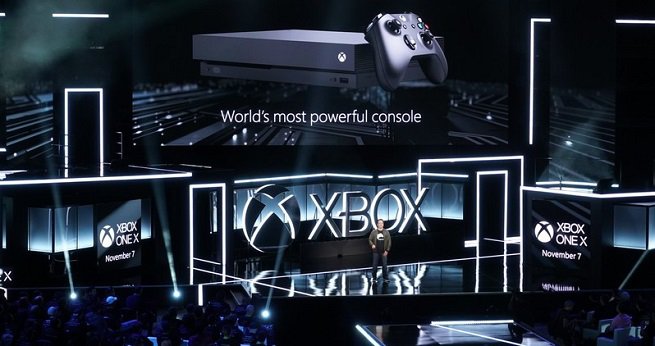 I’ll be honest. I’ve never actually watched an E3 conference outside of the Nintendo Treehouse before. Sure, I’ve enjoyed the memes that come from it, but actually sitting down and watching them? Not for me. Fortunately, working here at Sprites and Dice has pushed me far out of my comfort zone when it comes to gaming, and so, for the first time, this year, I sat down and watched all of Microsoft’s conference.

I can’t say I expected all that much at first. The Xbox has never been a console I’ve been interested in - not the original, not the 360, and definitely not the creepy, “watching you constantly” Xbox One. I knew about Project Scorpio from the ladies over at What’s Good Games podcast, and was excited to see what that would be, but outside of that, I expected to just sit down, take notes, and write a recap about things other people would enjoy.

Imagine my total surprise when, halfway through the conference, I messaged a close friend of mine, “I can’t believe I’m saying this, but I think I might get the new Xbox console.”

On June 11th, the proper name of Project Scorpio was revealed: The Xbox One X. This console, Phil Spencer bragged, would be the singular most powerful console Microsoft has ever produced. Its biggest feature is that it can process images in 4K, which is stunning quality even by current filmmaking standards, let alone video games. For those like myself, who were initially skeptical of the feasibility and usefulness of producing graphics in such high quality being accessible to the average consumer, Microsoft presented a solution. Implementing a technique known as “super sampling,” an antialiasing method that removes jagged edges from pixellated images to display them at a lower resolution than the intended one, the images will display clearly on 1080p television monitors with no issue. The Xbox One X will also come with an Ultra HD Blu-Ray drive for 4K movies, one TB of on-system storage, and will also run on 6 teraflops of graphical power and a custom engine that runs at 1172MHz, leagues above and beyond its competitors. It also features a liquid-cooled vapor chamber, typical of quite high-end PC gaming cards, which will allow the console to run longer and more efficiently.

In extremely exciting news, the Xbox One X will also come with complete backwards compatibility, meaning that you will be able to play all existing Xbox One, Xbox 360, and a wide selection of original Xbox games, meaning that you don’t necessarily have to go digging around on the secondhand market for old systems to play the classics anymore. Additionally, Microsoft has promised that older Xbox game will notice a significant improvement in performance when played on the Xbox One X. 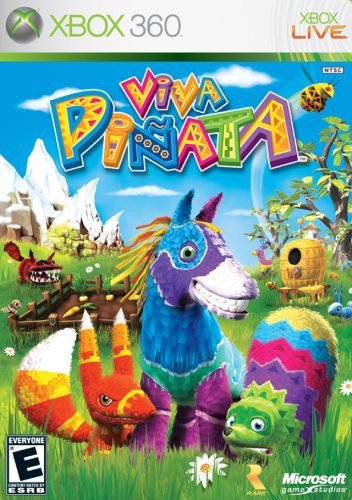 Honestly, if this means I finally get to play Viva Pinata, I'm all for it.

I will be honest: Microsoft showed off 42 games during their conference, and if I tried to describe them all, we would be here all day. Therefore, I will use this section to talk about the games I am personally most excited for; however, please do not be offended if I have not written here about a game you particularly wanted covered. More than likely, as evidenced by my stream of consciousness on Twitter during the event, I probably said, “This looks cool, but not for me.”

The first game I want to cover is Sea of Thieves, a pirate-themed MMO. The gameplay looks absolutely incredible, with some of the whimsy of a Nintendo game, but with the depth and grit that should be expected from any pirate fantasy. In this game, you play as a pirate and form a crew, and you and your crew explore the high seas and desert islands, searching for treasure. You fight skeletons, dive into the ocean and swim among shipwrecks, avoid getting murderkilled by sharks, fight with opposing crews, oh, and did I mention yet that you can launch yourself out of a freaking cannon onto the opposing crew’s ship?! It’s a wonderfully lighthearted look at pirates without being too silly, and seems to really incorporate the idea of true teamwork that you don’t see from a lot of MMOs, which I am extremely excited for. 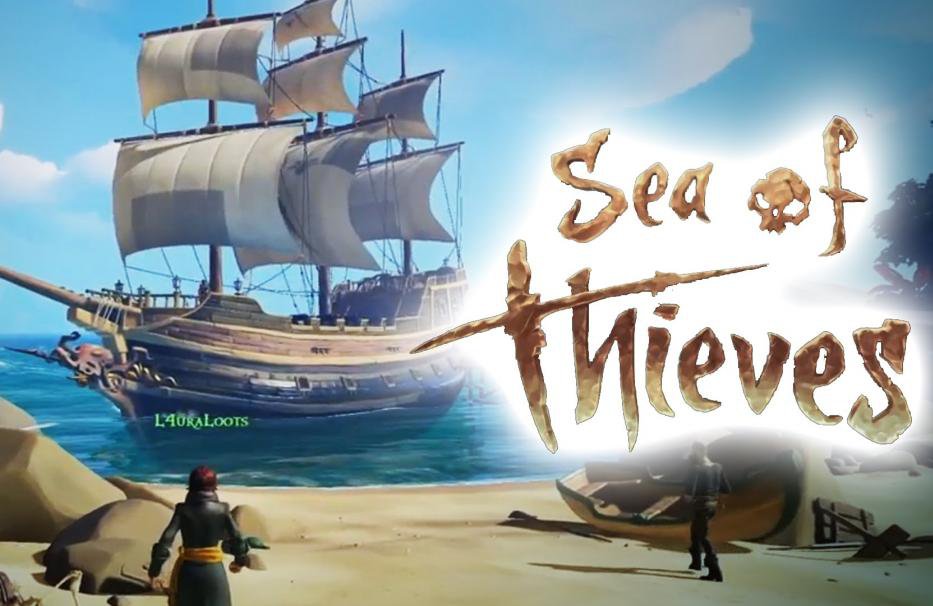 Assassin’s Creed: Origins is absolutely not a game I was expecting to be completely stoked about, as I have never actually played another Assassin’s Creed game and have very little interest in the rest of the series. However, Origins has the distinct pleasure of immediately catching my attention when I saw that it is set in ancient Egypt. Not only am I complete sucker for Egyptian history and mythology, but this is an Assassin’s Creed game where the main character isn’t an angsty white man. You also get a hawk buddy that can fly overhead and help the player navigate with a literal bird’s eye view, which is wonderfully interesting. While I can’t say it’ll be the first game I drop money on, I’m very excited to play it.

While I am surprised to see a Lord of the Rings game being released in the year of our Lord 2017, I have to admit that I am hella stoked for Middle-earth: Shadow of War. Any game that appreciates orcs and gives them the love they deserve is good in my book. While I can’t say the gameplay itself intrigued me a whole hell of a lot, the characters and story are already very endearing, which, for me, can make up for gameplay that might be less than ideal for me. (Again, not saying the gameplay is bad, just that it might not be the right fit for me 100%.) 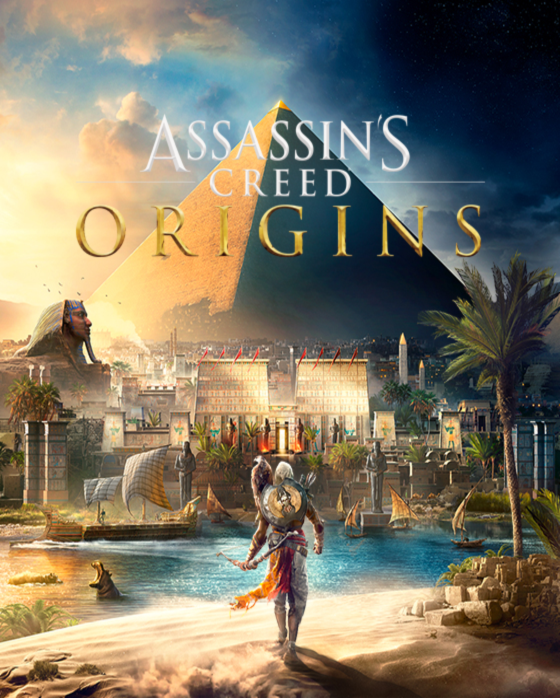 Super Lucky’s Tale is an adorable 3D platformer that most have seemed to regard as pretty unremarkable, and while it does look par the course for 3D platformers, it’s cute, so that makes it a win in my book. Meanwhile, The Artful Escape looks like the fever dream I have always wanted in a game. It’s highly stylized, which I love. While I can’t discern much about the story from the trailer, the whimsicality of the setting and the creative direction the gameplay is headed in makes it a really strong contender for one of the games I’ll be purchasing right away for the X.

After having seen and heard about all the things going on at E3, and even after the announcements made at the Nintendo Treehouse, I have to admit that I’m still most excited for the Xbox One X. It has extremely high capabilities, is relatively affordable considering the sheer amount of technical advancements made in it, and has a wide array of games coming out for it - to the point where I’m finding it difficult to find full, compiled lists of everything that will be available for the X. The real question is, will people want to spend so much money for a console, just because of it's power? This E3 event was obviously designed to show that there will be plenty of games for the console as it arrives, but time will tell if that will be enough to grab the gaming world's interest. I know that for me, as someone that's never had a console that's a graphical powerhouse, I'm very interested. It will be released for $499 on November 7th of this year.

For more news, follow Sprites and Dice on our Facebook and Twitter. You can also watch us review, preview, and just mess around on some of our favorite games at our Twitch. If you like what we do here and you want to help us do more, consider donating to our Patreon. And if you’re interested in my incessant screaming and memeing, you can follow me on Twitter @emberhe4rts. Thanks for reading! 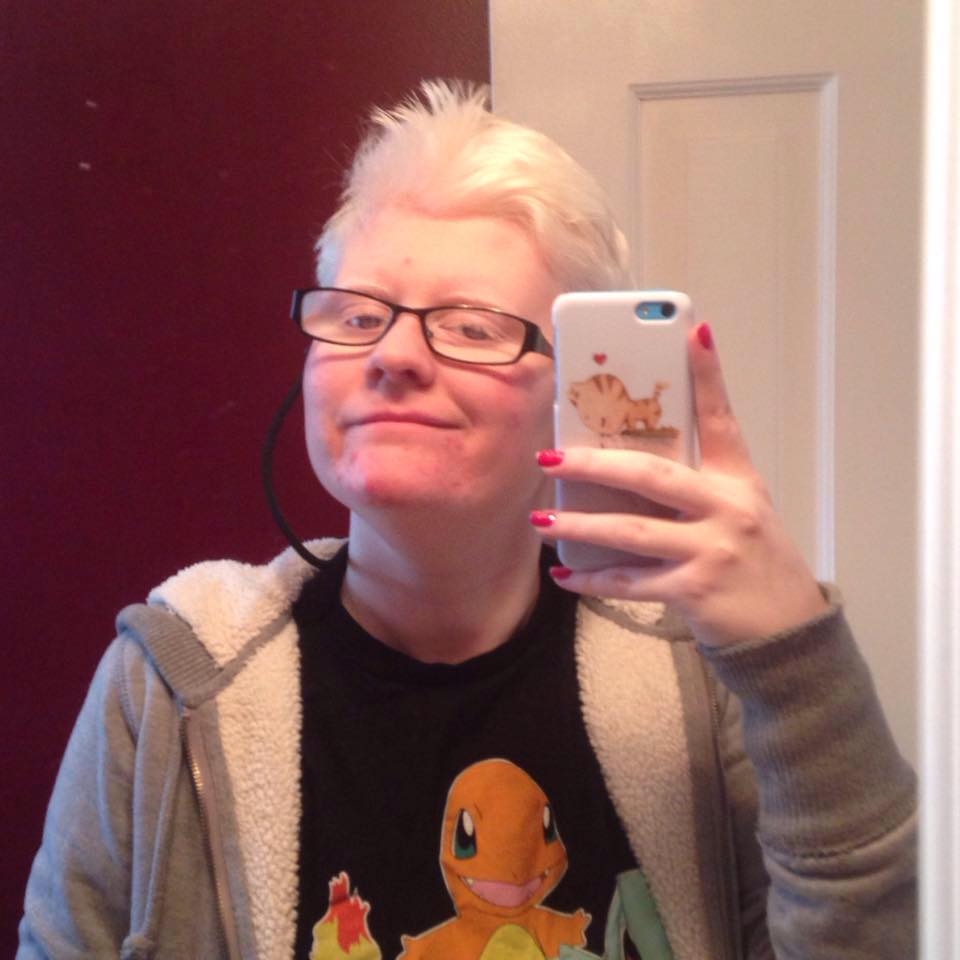