A Beautiful Game of Gears and Mystery 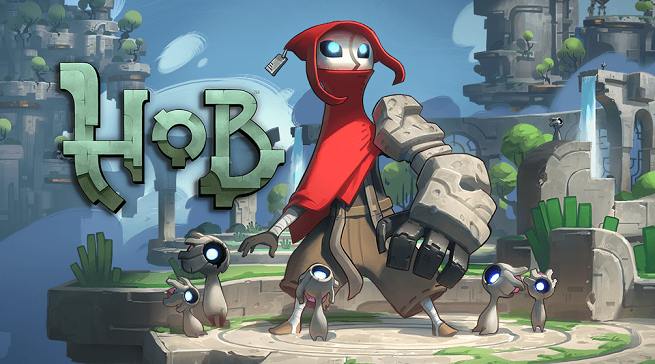 We were fortunate enough to get a chance to sit down and play Hob for a half-hour alongside the developers of Runic Games this last PAX East. It’s been a game long in the making, and until now there hadn’t been a chance to try out this brand new IP. Runic’s previous games, Torchlight and Torchlight II, were wonderful proofs of how to take the great hack-and-slash formula and make it an indie success, but this new game seemed different. There were no unending hordes of enemies, no exposition about a grand adventure in sight. It's just your silent avatar, and an abandoned world filled with gears and mechanical mysteries to discover for yourself.

After playing Hob for just a few minutes, I now cannot wait to play through it from start to finish.

Hob Tells A Story With Its Art

Hob is, before anything else, an attempt in procedural storytelling. From what we were told, there is no dialogue, no sarcastic or soulful narrator explaining the world around the main character as they dash among the ruins and cogs. All that you have to go on is the world itself, using clues in the environment and the puzzles to determine what this world is, and who exactly you are. 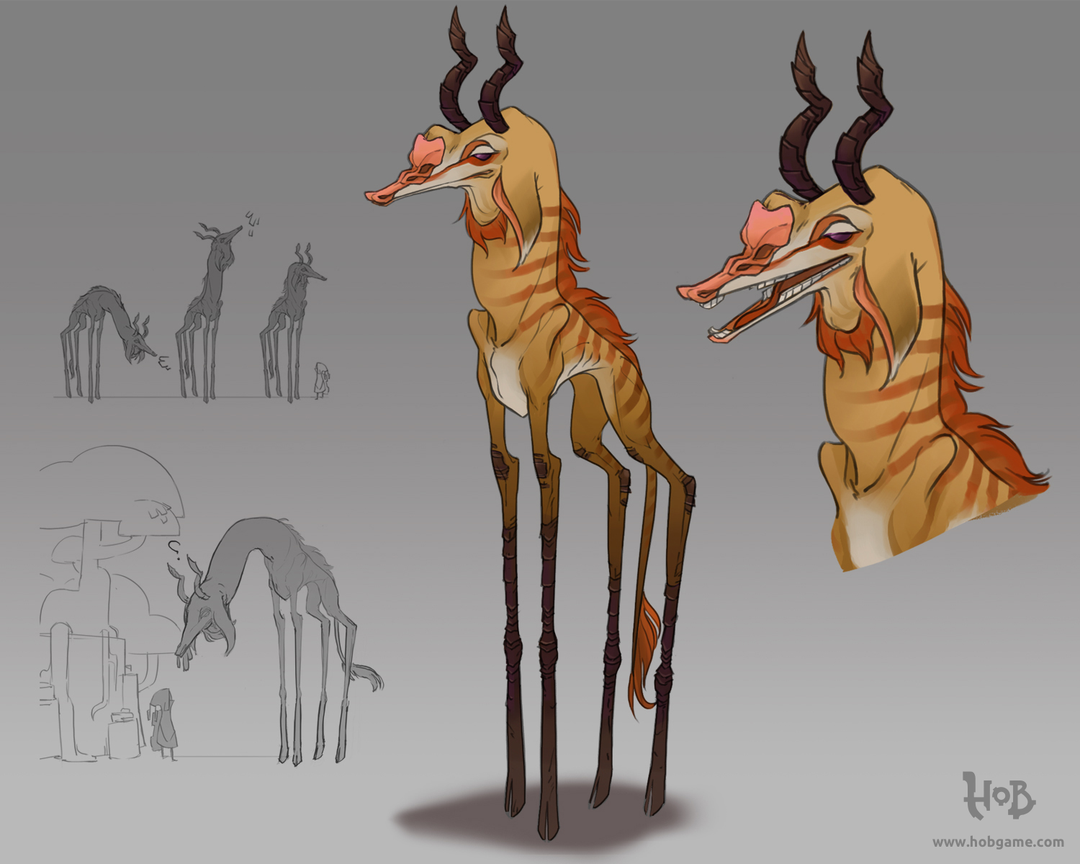 The world that Hob takes place in has lots of care put into it - you can see it in the concept art.

To be fair, this sort of storytelling isn’t new: over the years, games have attempted to tell stories in unique, interactive ways before, attempting to show, not tell. From the found journals and news clippings from the Resident Evil series, to the mysterious item descriptions of Dark Souls, there have been many ways to attempt to get plot across in alternative ways. With that in mind, it is rare to find an attempt at this storytelling style that feels so all-encompassing. It is just as rare to find one that looks this beautiful.

During my extended level play through, not one word was said, and not a single word was written on the screen. The music was soft and ambient, with the sound of metal and stone gears grinding against each other becoming part of the background rhythm. The growl of animals emerging to fight me, or the sound of machinery clicking on as I manipulated it with a massive construct arm, became more meaningful. As I saw a puzzle come together, I felt truly satisfied for having no instructions or guides to manage it. As I descended into an underworld dungeon, I was blown away by the sense of depth, seeing mysterious constructs shambling among the unfinished buildings.

Hob has a feeling that comes closest to Journey, the stand out game that mastered wordless storytelling, but where Journey relied on empty space and brevity, Hob feels denser with content and art, and its world feels more alive. There are monsters to be fought, and a world that you need to put back together.

There’s Both Style And Substance

I was genuinely immersed into Hob during my interview, feeling drawn to keep exploring, keep making forward progress. Even without voices, the world felt alive, beckoning you as a player to explore. You can see the effort in the game in the extra animations, in how levels that are linear still feel truly rewarding as you continue onward. 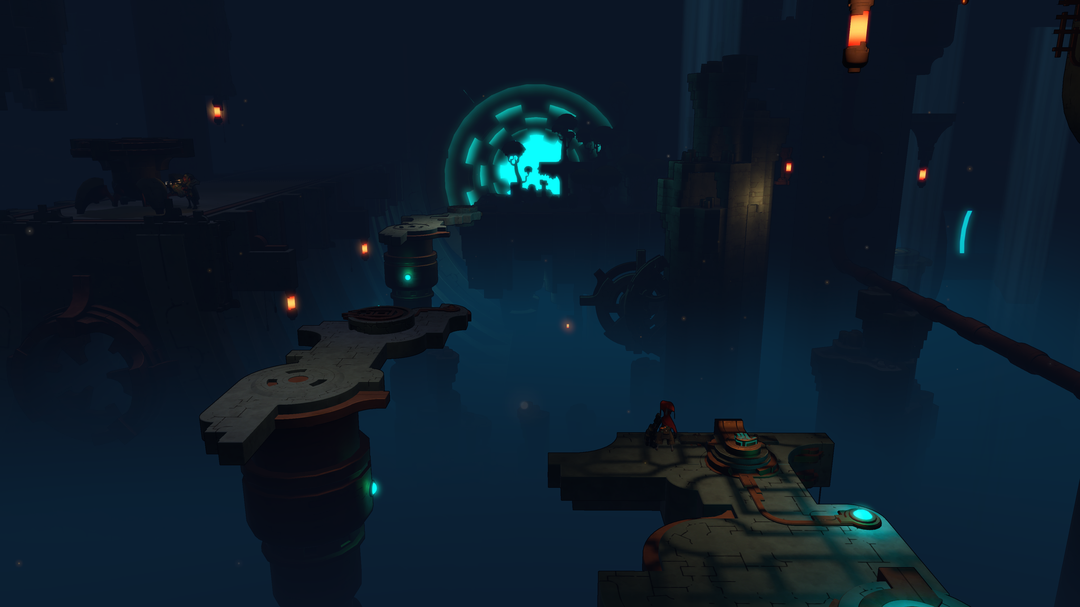 The sense of scale in how the world opens up in front of you is fantastic, especially in how you seem to have a role in putting the world together.

Let me mention that there is combat, and the combat is also fun, not just a chore between puzzles. The level I got to play was a bit into the game, so my character already had a construct arm (which you can see in the title picture) and some smooth looking moves to shield himself from harm...and also punch people across the map with charge up attacks. I fought a horde of small slithering-style beasties, which made me feel pretty awesome while still being overwhelmed. There are larger monsters out there to fight too, so I got to see a fair amount of variety even in my short time with the game. The combat isn't going to be Dark Souls in terms of complexity, but that's not the point either behind this game. There are puzzles to be solved, and the unlocking of a world to accomplish. The game is trying to challenge and reward you in order to be a pleasure to play, not be a wall to run your head into repeatedly.Hob is trying to thread a needle between making a statement and having great adventurous gameplay; at this point, it seems to be doing both in spectacular function. In talking with those waiting on line, and those who had just finished their tutorial run, I could see the eager smiles, and anticipatory questions as to when the game would come out. If there was one concern that I have with Hob, it would be about the length of the game; I hope that Runic games is able to balance the sweet spot between the time to complete the game and game price. Hob looks and feels fantastic, and so it would be a disappointment to find out that the game isn’t balanced to give a constantly rich experience without lasting too long to become drawn out or be considered overpriced by the market on release.

Hob Will Be A Must Buy For Any Adventure-Loving Gamer

It takes a lot for a game to hook me so completely, especially one that is outside of my typical wheelhouse. I’m intrigued how Runic has jumped from the genre of hack-and-slash to something unique, and more artistic. Hob feels like a grand adventure that doesn't need to boast about itself: with no words, it is quietly grandiose. I’m tempted to say that this is a game that shows Runic is ‘growing up,’ finding a way to create engrossing story and engaging gameplay without simply throwing scores of opponents at the player.

While there’s no set date, we were told that Hob should be finished by the end of the year. Keep your eye out for this one as 2017 keeps unfolding. Trust me, this is a game worth waiting for.