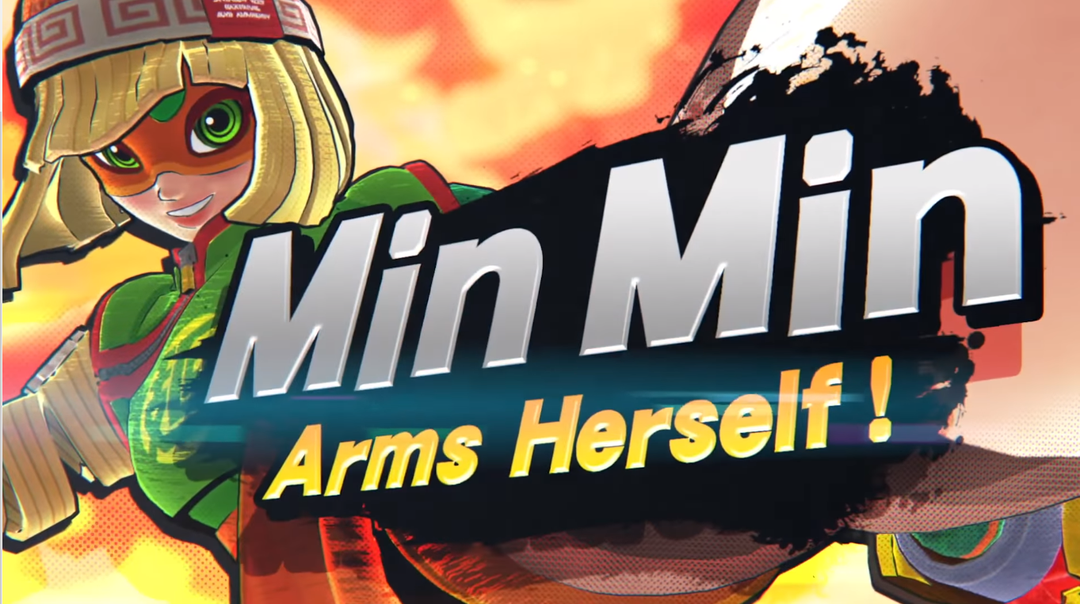 The latest Smash fighter reveal didn’t exactly drop a bomb on anyone. It’s been common knowledge for a while that the next character would be from ARMS, 2017’s spring-loaded fighting game for the Switch. All the same it’s a slight surprise that the next character to join the ever-expanding roster of fighters in Super Smash Bros. Ultimate will be Min Min, the ramen-loving fighter armed with a dragon that shoots lasers.

From what we saw of Min Min in Smash Bros. Director Masahiro Sakurai’s show, she’s not going to be changing the meta of the game like Bayonetta did for Smash 4. At the same time, she’s certainly one of the more unique characters to be added; its a welcome change from adding yet another Fire Emblem character. Now, while Melee is my specialty, I like to think I also know a decent bit about Smash Ultimate, so here’s what my trained eye could tell from Sakurai’s gameplay with this new character.

Starting off, if you’re playing Min Min, you’re playing on the ground most of the time. During matches playing as the character, Sakurai hardly left the ground, and moved around mainly by rolling. Minus that last part, I think he was playing the character as optimally as possible. Her ground game far exceeds her air game, and that has a lot to do with her… well, arms. 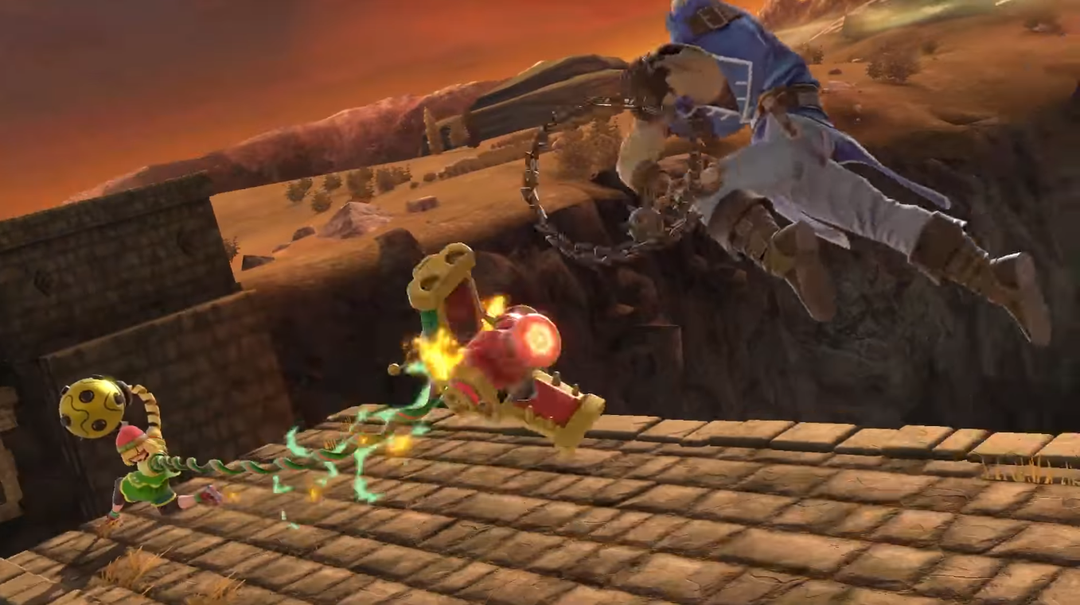 Min Min can shoot out her spring loaded fists of fury at enemies, giving her a decent range. Holding the A button shoots out her left arm, while the B button will mainly be used for the right. Tapping the A button has a separate functionality - a series of close-range attacks, just in case opponents get too close for comfort. Her left arm will always be equipped with a dragon, which when sent out, can also fire a laser from its mouth, extending its range even further. That sounds great until you see how slow this move comes out, and how vulnerable it leaves Min Min to punishment.

Her special attacks are where you’ll see players be able to get creative. Min Min’s right arm can be swapped out whenever you can make an input, so pretty much on the fly. Just as well, her right arm attacks function pretty much the same as her left - you can let them fly far past her body, giving them a great range. On this arm, you have a choice of 3 attachments - the ramram, megawatt, and dragon. The ramram is a small disk that’s sent flying after the attack fully extends. It then flies upwards in an arc and back to the arm, leaving it the weakest of the bunch but it’s got the best range and some edgeguarding capabilities. The megawatt is your big boy. It can KO an opponent at around 45%, but it’s slow to start up and leaves Min Min vulnerable for a while. Finally, there’s a second dragon head, no need to get into great detail as it functions the same as the left arm. 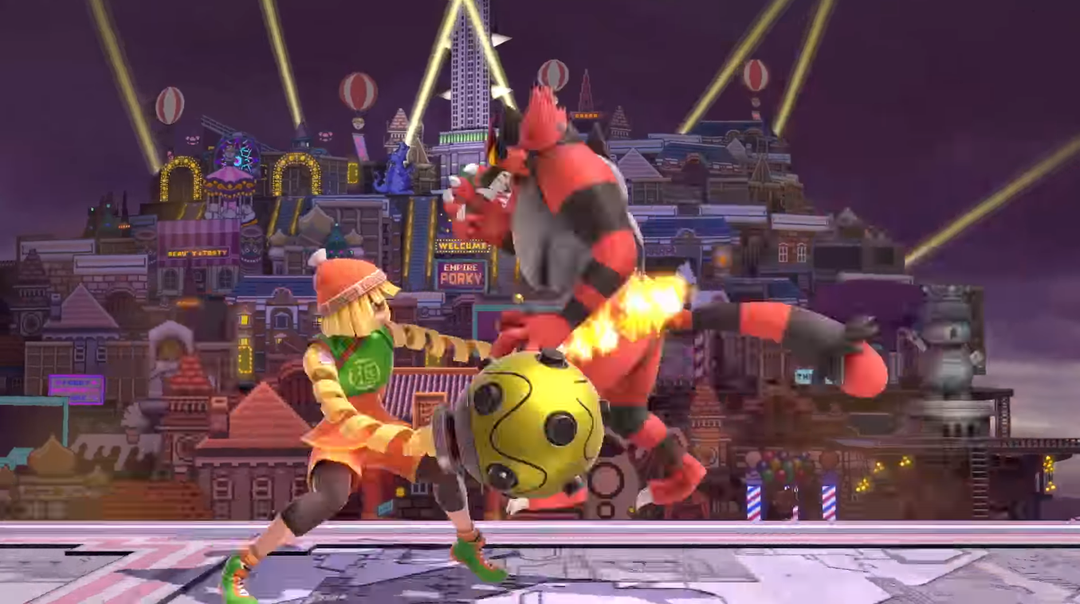 What’s especially great about Min Min is her range. For a ground fighter, it’s abnormally high, even compared to Little Mac. Her arm attacks can be let out in quick succession, and even in different directions, so you can theoretically cover almost the entirety of Final Destination with two attacks. Naturally, she would be left defenseless against opponents in the air or enemies that shield, but that kind of range hasn’t been seen in the series. This feature of hers also extends to her grabs, which aren’t that fast but have a surprising range.

If that weren’t enough, Min Min’s recovery is also a tether offstage. Expect her to survive to high percentages and be a pain to edgeguard because of this. On stage, it’s a boost that shoots her high up into the air into a perfect position for her down air, a quick kick towards the ground. Keep in mind that because of this move, she’ll likely have a hard time spiking you offstage and will instead rely on her ramram attachment.

Finally, we have Min Min’s smash attacks. We’ve already gone over her forward and backwards attacks, so all that’s left are her down and up smashes. Her down smash is a simple split kick, nothing crazy there. But her up smash is where things get wild. It’s a bicycle kick that also acts as a projectile reflector. That’s right, a ground fighter that can reflect projectiles. Spamming at her will certainly be a challenge. 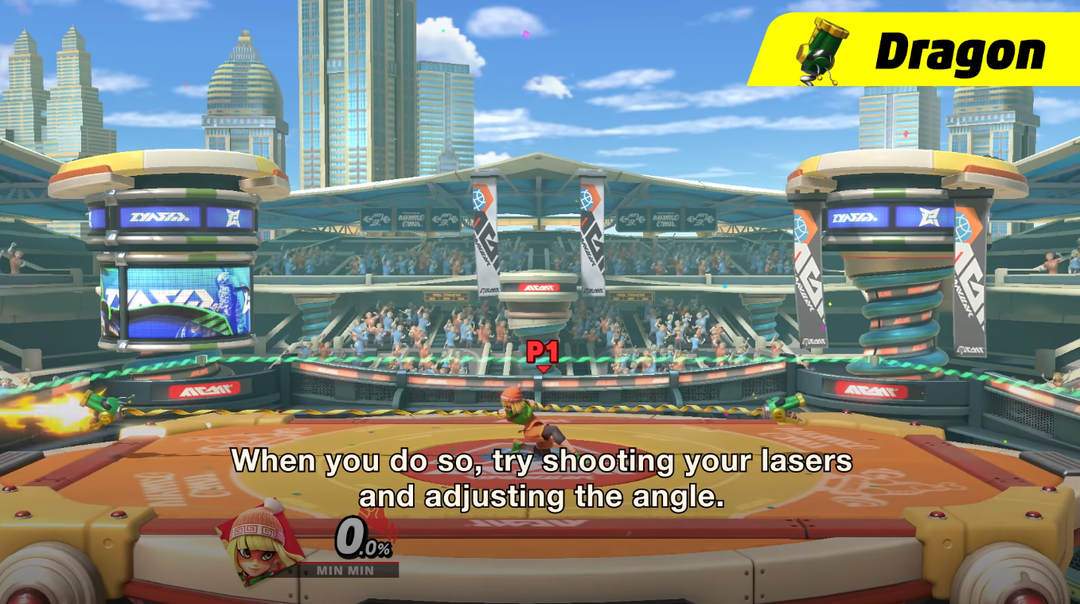 Thankfully, Min Min’s air game isn’t all that impressive. She can launch her fists forward in the air, but they’re hard to aim, especially at a distance. Her best aerial move by far is her nair, which comes out as a quick circular sweep, not all that unique.

Changing Up The Scene

All in all, Min Min is shaping up to be an excellent heavy-killer. With her range options and the ability to mix up with different arm attachments, she can easily stuff any of the larger members of the cast. However, floaty or light characters that depend on air attacks will absolutely be at an advantage in this match-up.

But that’s just what I was able to tell from watching Sakurai play her for a few matches. We’ll know what Min Min actually plays like when she comes out June 29. If you have Super Smash Bros. Ultimate’s second fighter pass, you’ll get her automatically. Otherwise, you’ll have to shell out $5.99 to add her to your roster.