5 New Characters Are Just The Start

Another day, another reason to be hyped for Super Smash Bros: Ultimate. During the latest Nintendo Direct livestream a host of new characters were announced, along with details on the features of the upcoming title. In the words of Masahiro Sakurai himself: please, take a look.

The nearly 30 minute video started ominously, showing Luigi creeping through a dark castle. After a deadly run in with Death (which has already spawned so. many. memes!) and a quick character reveal, it’s pretty clear this is Dracula’s Castle a-la Castlevania. Simon Belmont is finally on his way to Smash, along with all of his vampire killing tools. Along with his signature whip, he’ll have throwable holy water, axes and crosses. Richter Belmont is also joining the roster, although as an echo fighter to Simon. 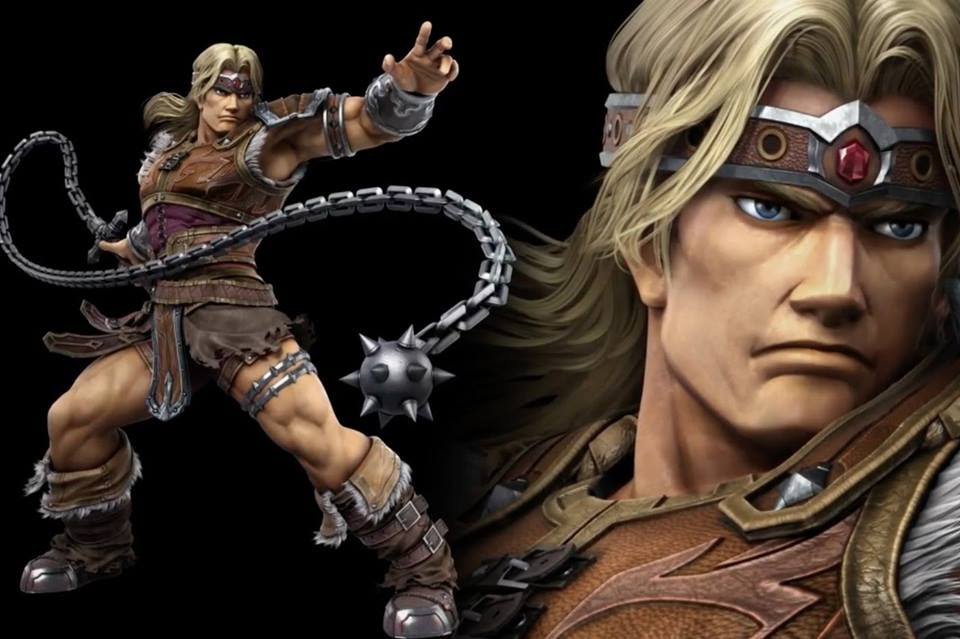 The evil part of the cast better watch out for Simon

Two more echo fighters were announced for the game, at the behest of fans. Chrom, a representative of the Fire Emblem series is making his debut as an echo of Roy, while Dark Samus… Well, she explains herself.

Now for the big one, the one that we've all (or just me, maybe?) been waiting for. The nastiest croc to fight Donkey Kong and his pals, King K. Rool is joining the fight! Long lumped in with Ridley as too big to fit onto the stage, his announcement was a welcome surprise. While the reptile king’s moveset isn’t clear yet, I’m sure he’ll bring plenty of smackdown when he makes his big debut. 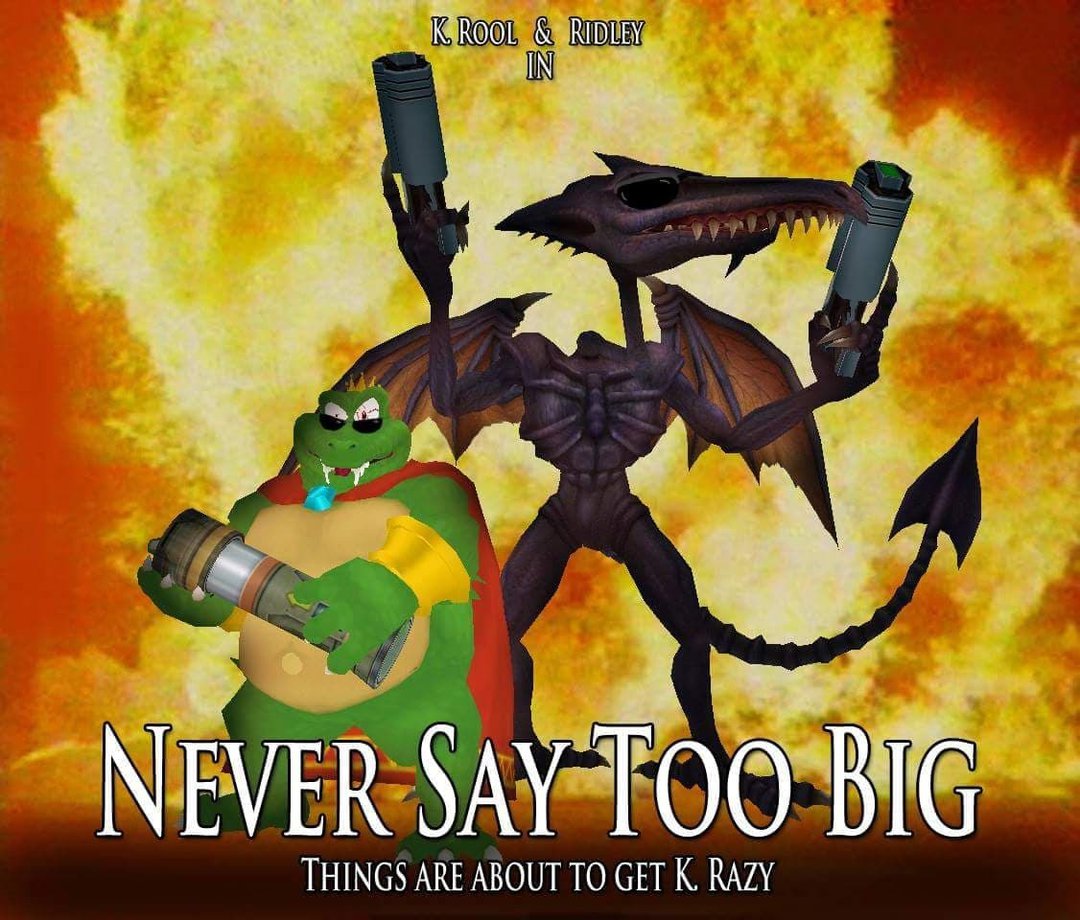 So many memes will be made because of this game. So. Many.

Along with new members being added to the roster, the Nintendo Direct also gave us a look at where our favorite series reps will be battling it out. We already knew that all of the previous smash stages would be playable in Ultimate, but we didn’t know that even more would be added on top of that. While the list is too long to just put here, Nintendo did us a favor of making a handy graph that totalled the number of stages to over 100. 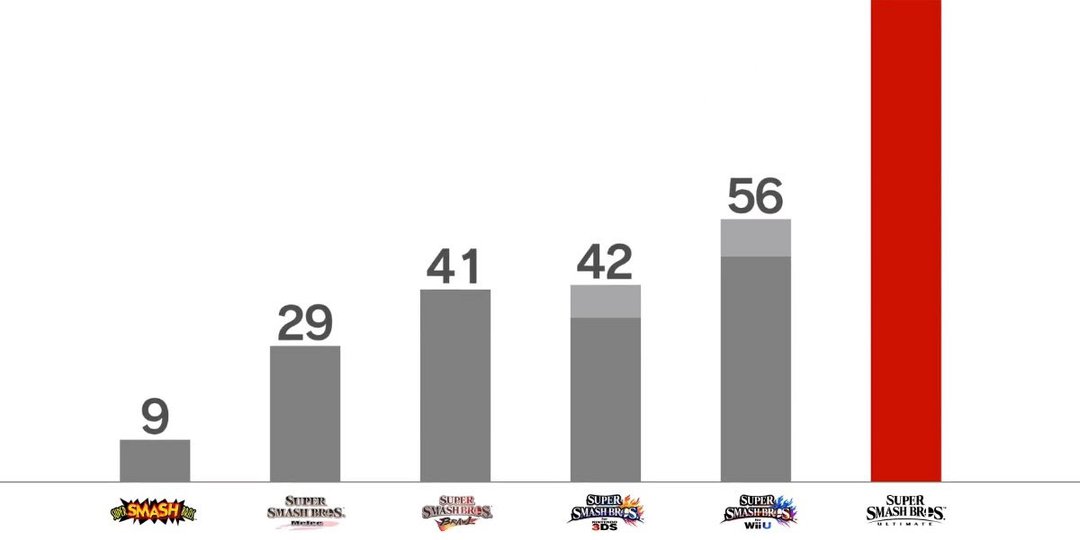 In news that was meant to appeal to everyone, Sakurai explained that every single stage would have plenty of customization: each level could be transformed into battlefield or final destination arrangements, which appeases highly competitive players. On the complete other hand, levels can now transform mid match! It's absolutely possible to select two arenas during stage select, and set arrangements to make the levels jump back and forth. Utter madness.

The video wrapped up with a small presentation of Ulitmate’s title screen along with some returning features.

The most notable announcement out of this bunch was the return of the vault, where players can listen to the music of the game and determine which tracks would play the most. Your Switch will even continue playing music while it’s in sleep mode, so you can theoretically use your switch as a Nintendo-themed ipod! 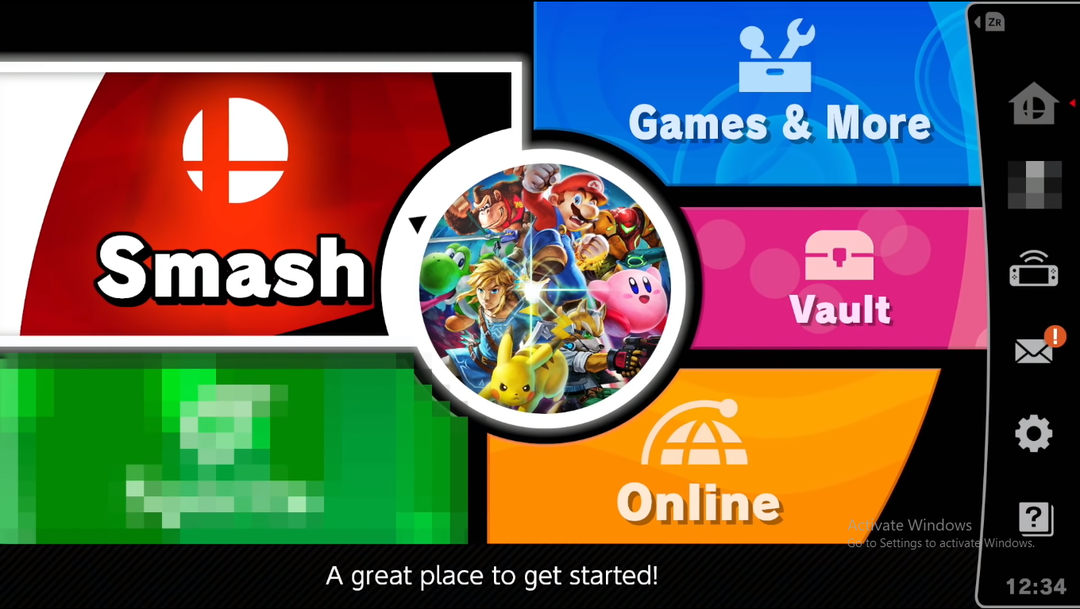 What mysteries lie within that lower green box?

However, there is still one big mystery surrounding the title screen, and it’s the blurred out areas of the title screen. Personally, I have no idea what it could be for, but what I do know is whatever’s inside that big green box is sure to be the cause of fan theories until its contents are revealed.

There's a lot to be excited about, and we still have months to wait for the final release. What other surprises are on the way? What else do we have to look forward to?