50 Games In Two Hours Leaves Something For Everyone 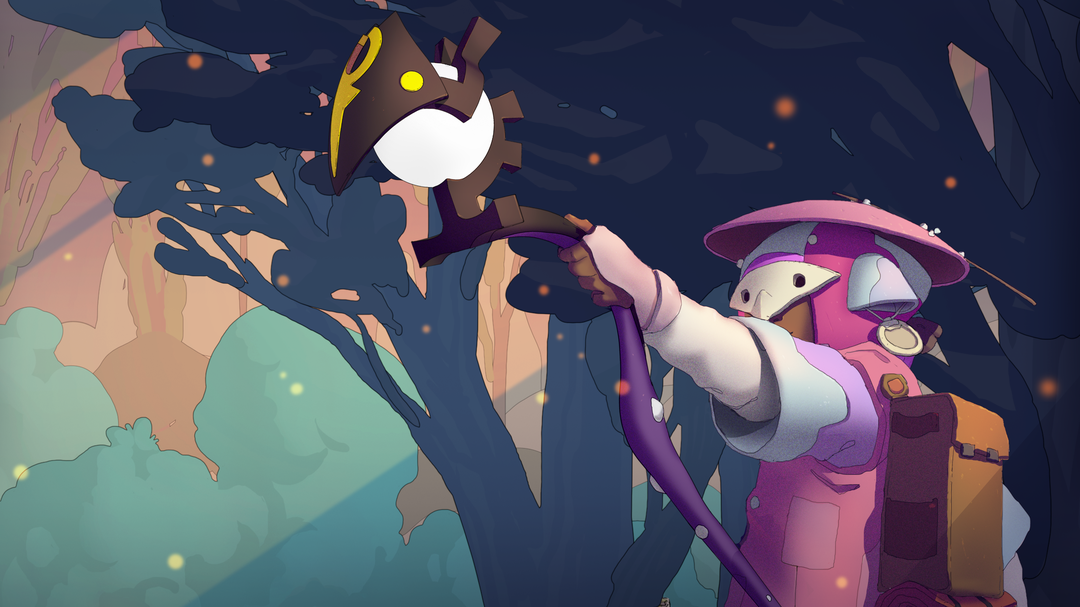 Yesterday’s PC Gamer Show featured a lot of games. Like, a LOT of games. Over the course of the show’s two-hour long presentation, we got a look at over 50 unique titles, some of which we knew about and others that were brand new. Naturally, that’s a lot to sift through; Wyatt and I did a small stream of it on our Twitch Channel and enjoyed reacting in real time, but now that the dust has settled, what games stood out among the flock?

Between the two of us, these were the stand outs that we enjoyed. 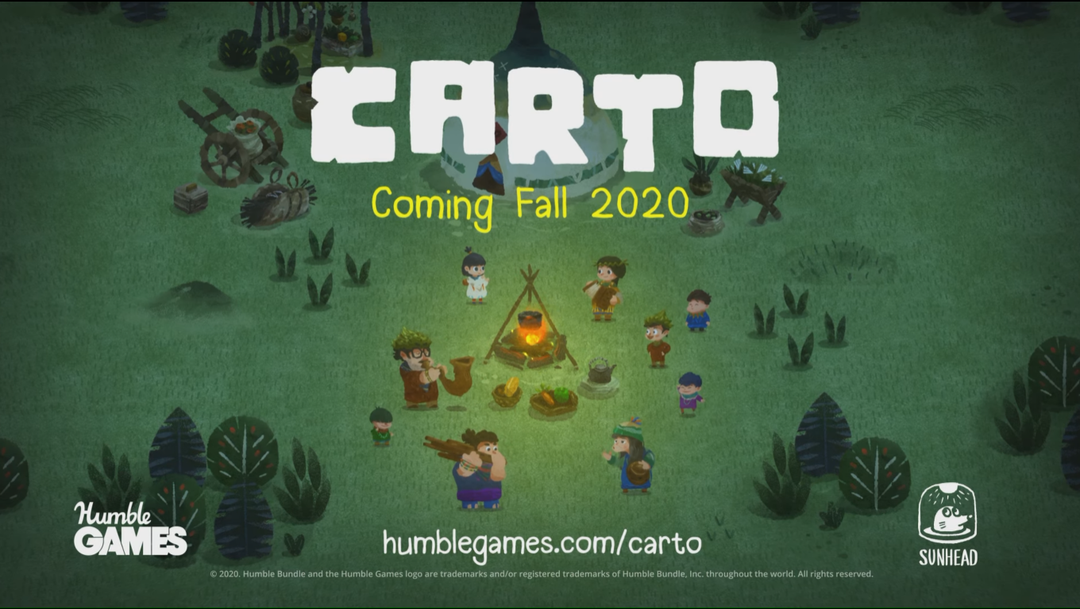 Carto got a short, 30-second trailer during the PC gaming show, but left a good impression. It’s a cute game with a unique concept: you don’t just explore the world’s map, you edit it. All the mechanics aren’t clear since it was only shown in a trailer, but it seems like the player can edit the map by rotating different sections, and put it together much like a jigsaw puzzle. Putting the right pieces together unlocks new structures or even NPCs for that section. The trailer gave us the example of an old man’s home being returned to him, along with his wife whom he’d forgotten.

In a gaming show where there were many, many First Person Shooters, something like this adorable puzzler is a welcome sight of imagination. Carto comes out this upcoming Fall.

This title was admittedly more up Wyatt’s alley than it was mine, but Total War Saga: Troy still got me interested. As someone entirely new to the Total War series, it has traces of RTS gameplay in it that attracted me to the systems they actually took time to lay out in their trailer. In Troy, those systems are applied to the historic Trojan War, but allow you to look at that war in different ways. While you control Odysseus, your actions like taking the city can occur in one of three different scenarios, causing different interpretations of what actually happened in ancient history. Whether you want to attack the city’s walls, infiltrate it, or wait for nature to run its course on the city’s defenses is up to you. It's an interesting concept, and interested me as a newcomer and Wyatt as someone who now has over 300 hours in the Total War: Warhammer series. 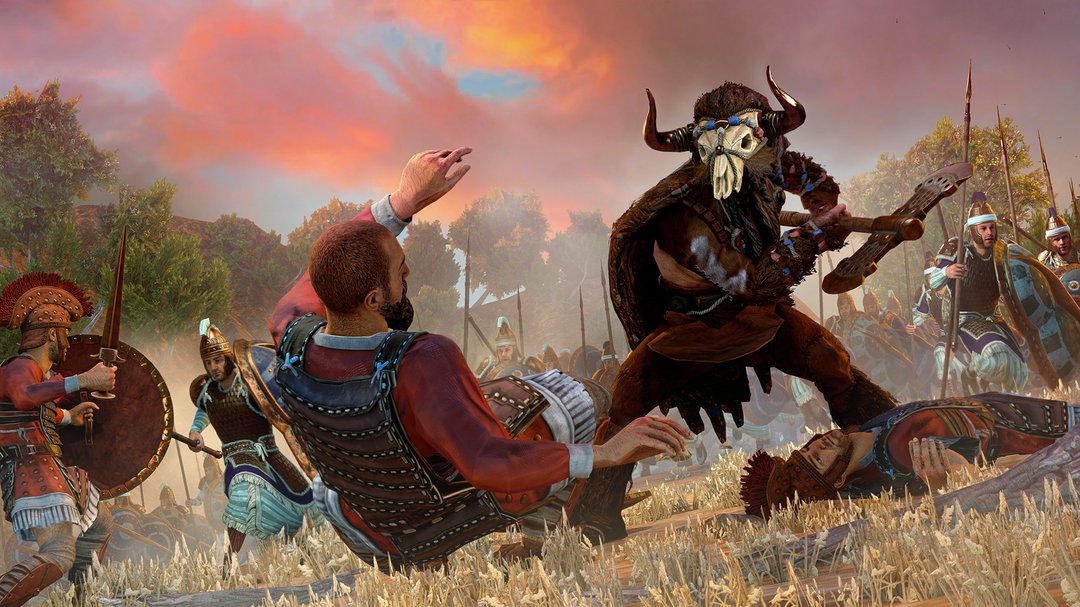 Legendary creatures and moments will be reinterpreted, such as making the Minotaur a heroic figure rather than an actual monster.

I’ve been playing games on my PC for the better part of a decade now, and if there’s one thing I’ve learned, it’s that there is an endless well of survival crafting games. You find them littered across Steam and the Epic Games Store like receipts in a parking lot on Black Friday, all but forgotten as players try to find the new best version. So when one really stands out to me, that means something, and Among Trees is flat out impressive. 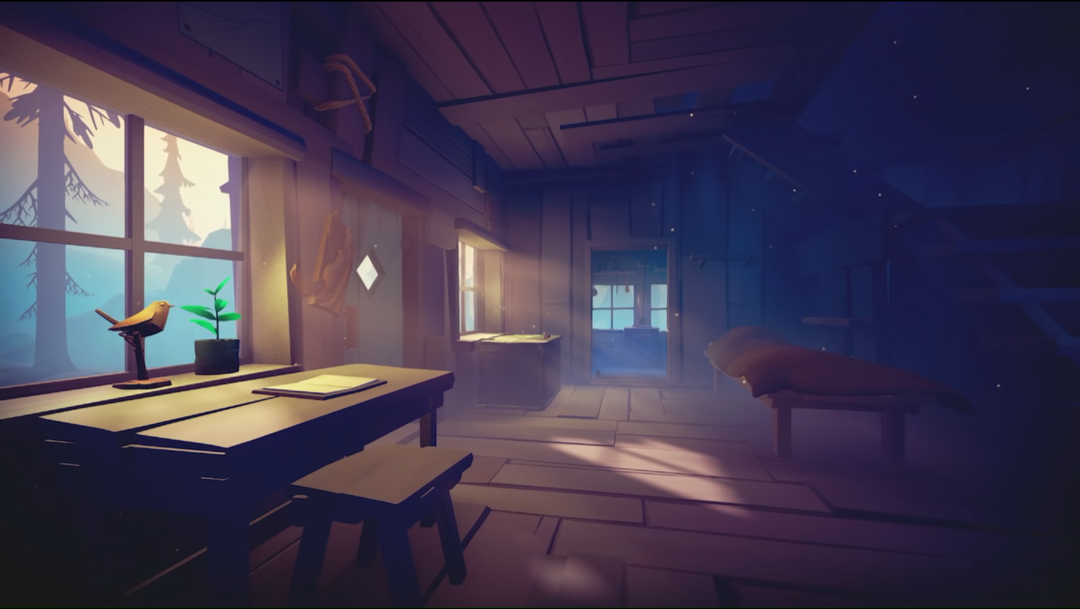 Among Trees puts players in the middle of the woods and tells them to survive. The game seems extremely minimalist, with not much of a UI to speak of... but that’s a good thing, since the game is absolutely gorgeous. I wouldn't be lying when I say that this is one of the best looking survival crafting titles I’ve ever seen. Pair that with the building mechanics which revolve around putting up a serene cabin in the woods, and you’ve sold me. The best part though is that the game is available right now in early access on the Epic Games Store; I'm looking forward to diving in.

Here we have one of the most creative card-based titles I’ve seen in a while. I like to joke that card-based games are one of the new buzzwords in indie gaming, but Potionomics decided to use that common mechanic in a way I haven’t seen before. In fact, the game has such great art and charm that I almost missed that it was a card battler until Wyatt pointed it out. This is a game that looks like it is going to rely on style and theme to make it stand out from the crowd. 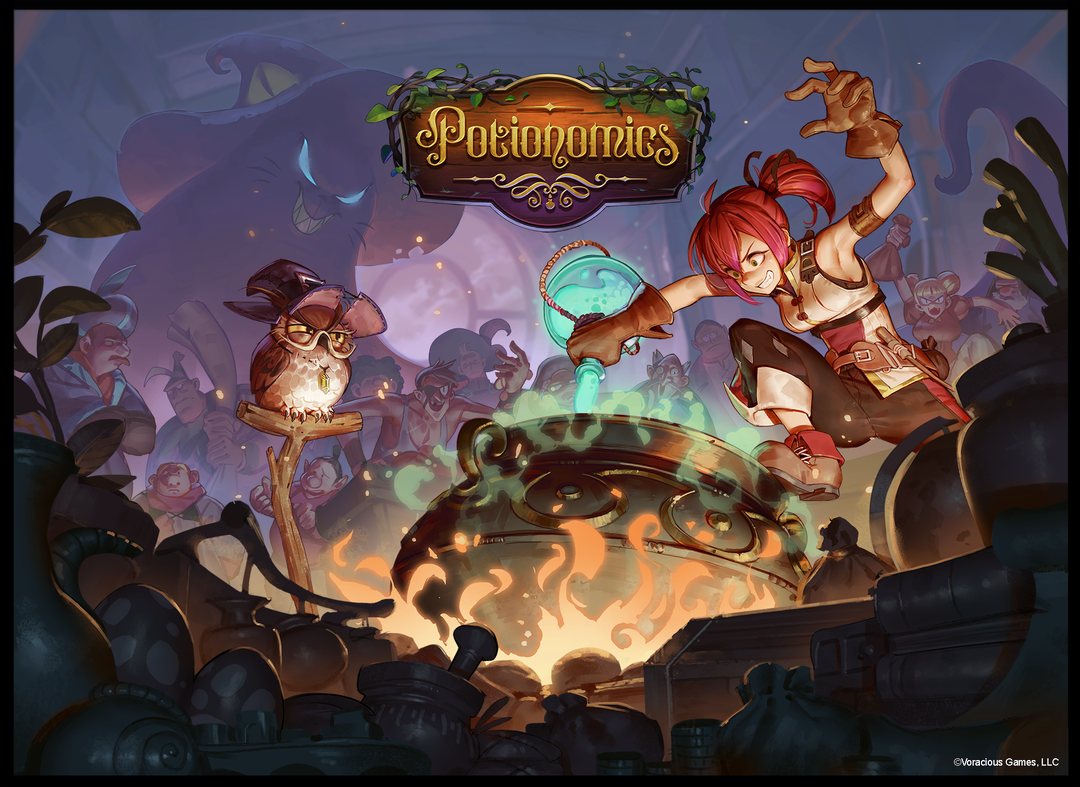 In Potionomics, you assume the role of a struggling potion seller trying to keep their shop from closing down. Doing that is simple: you just have to make a sale. But instead of a silver tongue or just relying on a simple high Charisma stat, you have to rely on a deck of cards. “Combat” in this title isn’t beating a customer with your cards, but convincing them to buy your potions. Pair that with the totally separate mechanic of brewing potions, and Potionomics shapes up to be a deep, complex, and charming title.

We only got a teaser for Shadows of Doubt during the PC Gamer Show, but it managed to hook Wyatt and I during its 30-second-long trailer. Wyatt compared the game to Thief, but you’re a good guy. And that comparison is pretty apt. In Shadows of Doubt, you play as a detective, although it’s not clear what mystery you’re trying to solve. However, you can go to any length in your investigation, even breaking and entering. One part of the trailer has the player character slinking through ceiling vents only to drop into someone’s apartment and rummage through their computer. 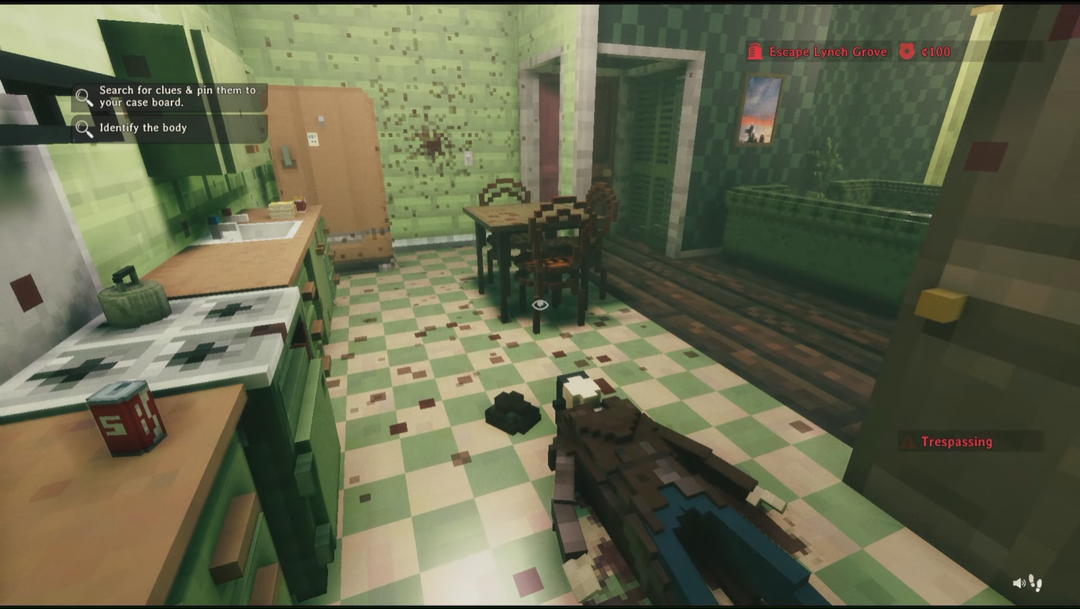 The voxel art is an interesting take - I don't think I know of another stealth based game that uses it.

There’s no news yet on a release window for this title, but we’re both excitedly awaiting it.

Weird West started impressing before I saw it at this show. The game debuted at last year’s Game Awards show, where it was revealed that the title was being worked on by creators of Dishonored and Prey. This latest look at the title shows what happens when minds like those get together. Weird West seemingly lives up to its name. With five different player characters set in a world where the cowboys and desperados of the old west meet nightmarish imaginations and strange creatures, I can’t help but be excited. I’ll have to hold on to that excitement though, as the game launches in 2021. 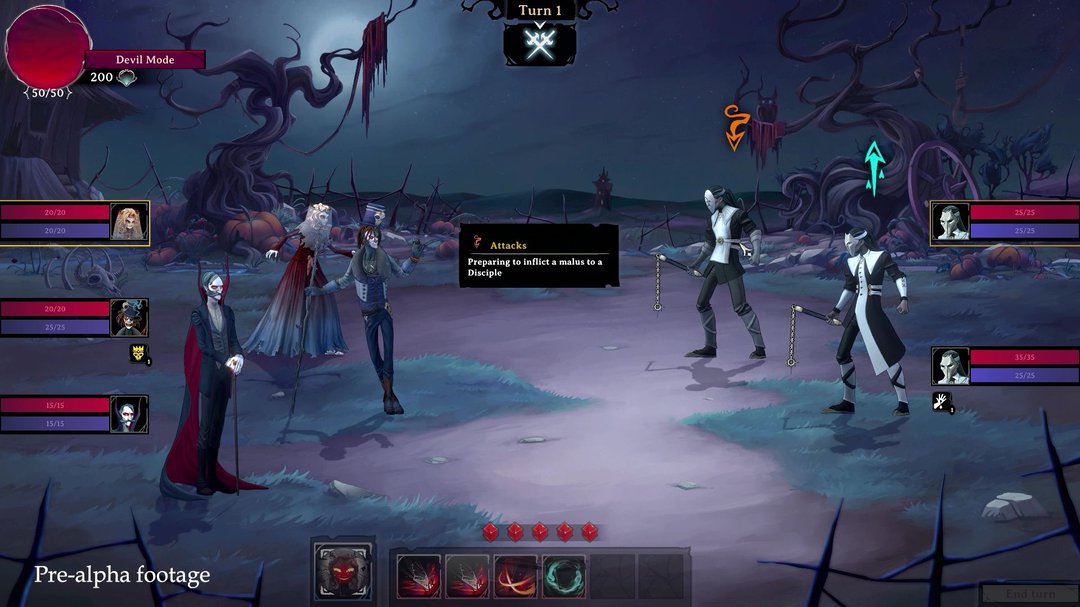 This one is another favorite of Wyatt’s, and knowing how much he likes Darkest Dungeon, it’s no surprise. Rogue Lords is a rogue-like dungeon crawler, with a dark twist. You play as the Devil himself, but of course you have better things to do than get your hands dirty. Instead, you have to hire some of history’s notorious evil beings to wreak havoc and terror. Players will take this team through different runs, where they must survive battles and other events. But since you’re the Devil, naturally sometimes you don’t play fair. By using harvested souls, you can edit the game’s UI, so that all of a sudden, your side is the one winning. Rogue Lords is set to come out in 2021. 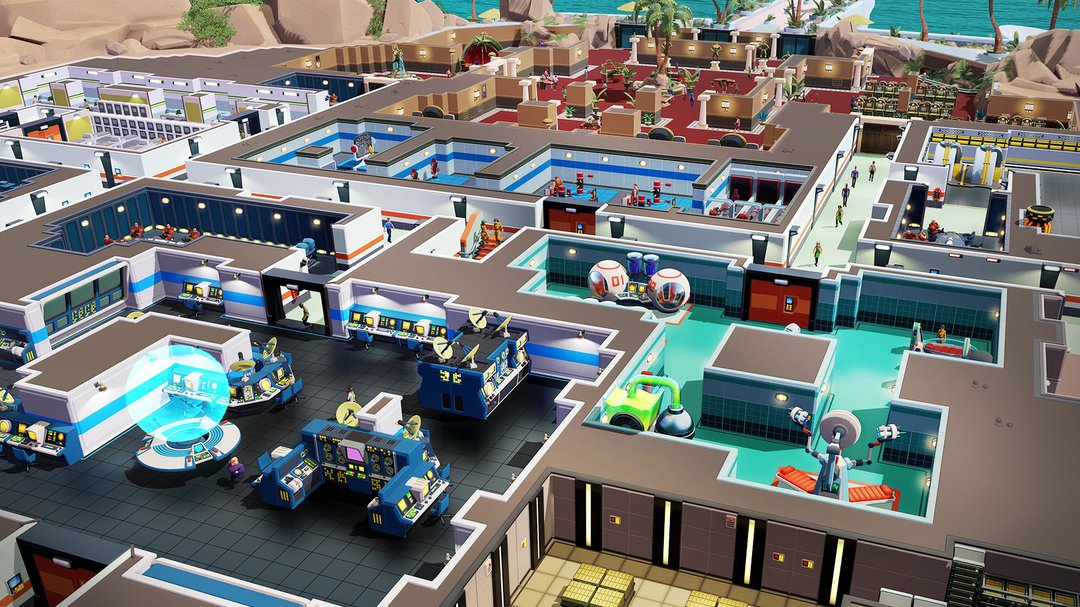 Capping our list of notable titles is Evil Genius 2. This one reminded Wyatt of Dungeon Keeper, and me of Dungeons 3, I think there’s a trend here. In Evil Genius 2, you’re the game’s namesake, and it’s time to conquer the world. Players can build their own headquarters in a far-off island, along with all the facilities necessary to keep the world under your thumb. The endgame is naturally doomsday devices, but it’s not that clear how you get there. Luckily we’ll find out soon, as Evil Genius 2 is launching this year.

So Many To Choose From, So Little Time

Again, that was just a selection of the titles shown at the PC Gamer Show. In lieu of an E3 this year, we’re all taking what we can get, and the show certainly did not disappoint. What did you think of the show, and what were your favorites? Let us know in the comments while we wait to get our hands on these games for ourselves.