Everyone Needs a Hero 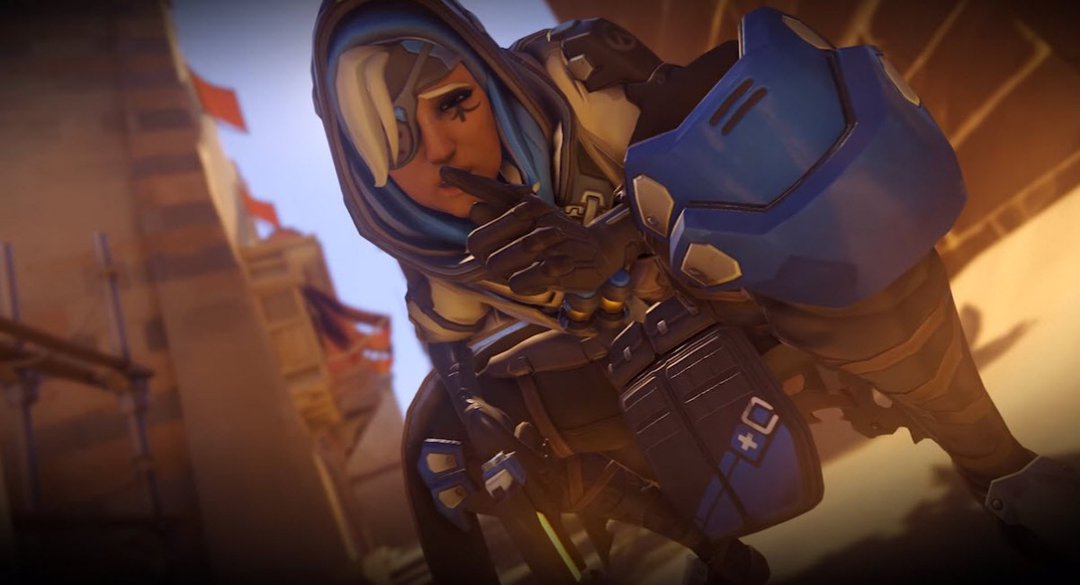 Blizzard’s newest behemoth game, Overwatch, has been praised for numerous reasons, but one particular highlight always rises to the top: character design. It’s been the constant draw since the first trailer with Winston, Widowmaker, Tracer and Reaper; there is going to be a character that everyone loves. Now almost two months into its release, Overwatch has proven it can continually deliver with Ana.

It has barely been a day since she was announced, and she already has affectionate nicknames like ‘Grandma Sniper'. Her gameplay trailer already has 1.6 million views after one day, and the comments on it show a new wave of fandom for the already popular game. It always amazes me how some characters get immediate traction with an audience, completely and utterly capturing imaginations. What is that special formula that makes a character so iconic? 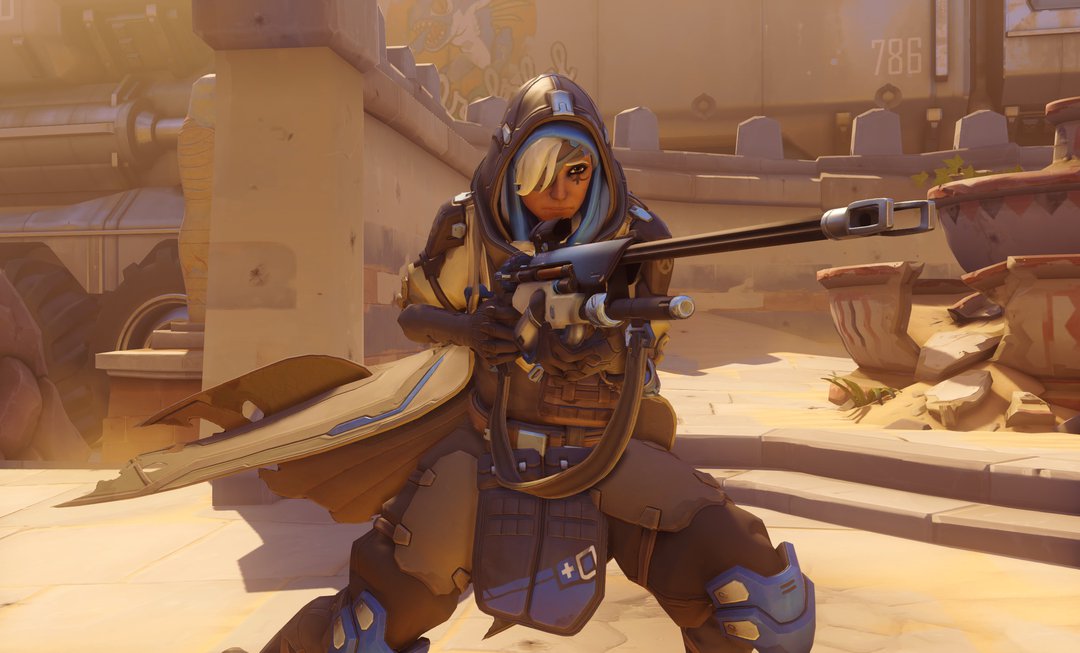 In this case, it might be because a character with Ana’s demographics has barely been seen in games before.

This is an honest question: How many mothers are playable characters in video games? How many ‘old’ women? In most games, the parents of the hero are already dead, or simply never mentioned during the story. In all honesty, this is understandable: it’s been well known among fantasy writers that it’s very hard to give gravitas to a hero if their parents are already heroic or worthwhile themselves. It’s a well-used trope for a reason. Many times, mothers are part of a tragic backstory that helps catalyze the hero towards greatness; their story has ended, so now the main character can have theirs. Hell, look at the plot of Metal Gear Solid 3: Big Boss, or the original Snake, cannot become a force to be reckoned with until he can deal with The Boss… his mother figure.

This is why Ana is so exciting to me, and how it shows a stroke of genius by Blizzard. Pharah, the tough, resolute Egyptian soldier, is a character already in Overwatch. Her affection and adoration for her mother is obvious in several of her voiced lines, and it drips through her backstory. The trope of a hero-born-of-tragedy is already in the game. Now however, with Ana now being revealed as still alive, we are treated to a whole different sort of hero. 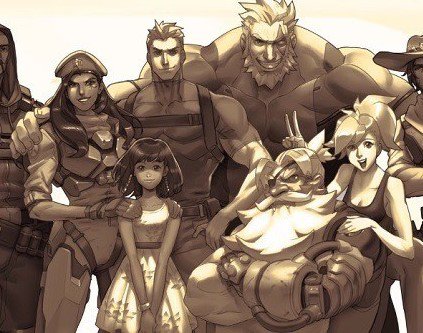 Pharah herself was considered to be a wonderful step forward in character design: a fully clothed woman from outside of the United States, wanting to be a soldier, wanting to exist ‘in a man’s world’, and succeeding completely. She wears dangerous prototype armor, and in game, if you hear ‘Justice Rains From Above’, you run. Ana now takes it a step further, giving us a female character that is truly feminine without having to resort to sexuality. She’s a mother, a caretaker, but also one that isn’t running away from a fight. "Ana" is literally the word for Mother in Turkish; it is part of her identity.

Here’s the thing: Ana doesn’t exist in a vacuum, and that is why her appearance and her design is so memorable. Overwatch was lauded because of having a diverse cast before this announcement, and you can see it in practically every image from the game. From the adorable Mei to the obnoxious Roadhog, it seems as though Blizzard has made sure that their character line up draws from many different inspirations and can speak to all different sorts of players.

Let’s talk about the old man in the room, Reinhardt. Reinhardt speaks to me on a whole bunch of levels: he’s an amazing team player that speaks to why I group-based games, but he’s also a character who’s unafraid to be bold, to feel strongly about trying to do the right thing, and he’s not afraid of his heritage. As someone of German descent, I sincerely enjoy his boisterous heroism. He nails who I want to be so well, and I smile every time I get a chance to play him in the game. 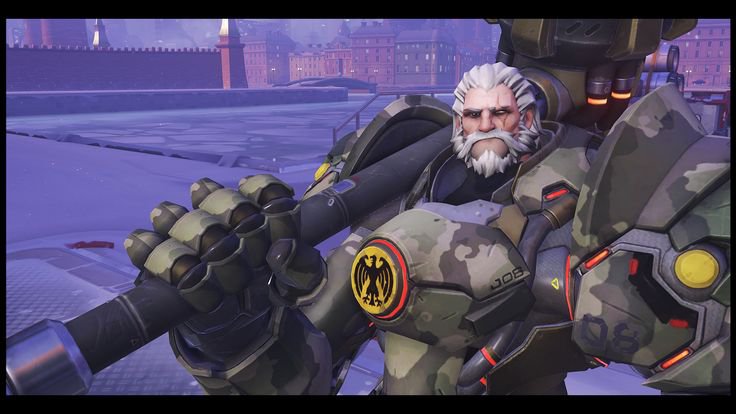 Everyone deserves that chance: the ability to identify with a character, both in terms of technical design but also in terms of flavor. Have you noticed how much of the line up of Overwatch are considerably older than what you see as the average characters in other action games? That's probably not a coincidence: gaming is now an activity for all ages, especially as many of us who remember the first Mario game on NES keep getting older. As the types of people playing games grows more diverse, shouldn't the cast of characters?

A friend of mine, someone in college training to be an engineer, is getting Trolbjorn’s gear symbol tattooed onto his shoulder. My friend Jenny waited on line to try out Overwatch at PAX East this year...why? Because she could identify with Mei: her concern for environmental matters, her cheeriness, her problem with apologizing way, way too often. Another friend, a zen Buddhist, was immediately drawn towards Zenyatta. While my friend is not – as far as I know – a robot, it is the strong ideals of the character that were enough.

So why not Ana? Why not a mother? 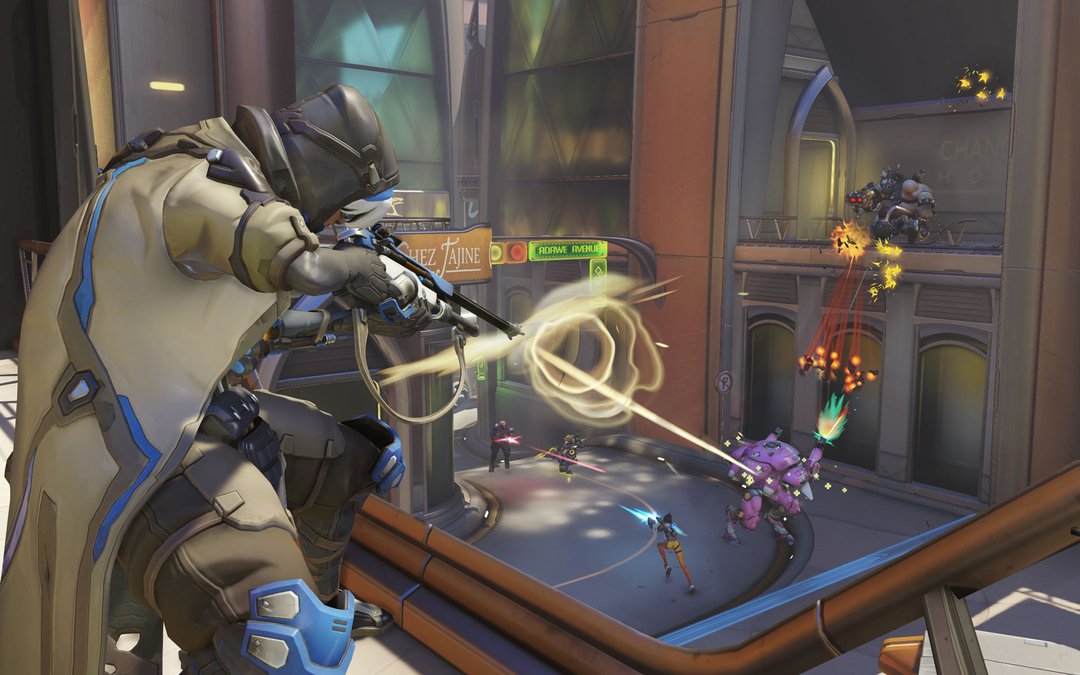 The grizzled, resolute, 30-something, white male soldier is a tried and true formula, but it’s a tried and true formula that loses its lustre if that’s all there is to play. Characters like Ana break that mold and offer different heroes, gives the community more unique avatars to rave over, and in the process, makes the whole gaming universe feel more complete.

I for one, welcome our new sniper overlord. ...I probably will also curse at her a lot too, as she inevitably puts my Reinhardt to sleep in mid-charge.