Board for the Holidays 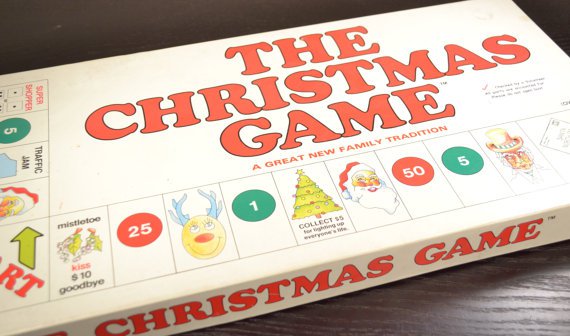 The holidays are coming, and that means being prepared. No, I can’t help you with tips to prepare your holiday roast. Actually, I probably could, but that’s not what Wyatt keeps me around for on Sprites and Dice. I’m here to help you prepare for the hours you’ll likely spend gaming with friends and family. While holiday breaks are a great time to binge on singleplayer and online games, they’re also a great time to reconnect with your loved ones. If you’re a gamer like me, who’s looking forward to passing that time playing some great board games but isn’t sure if they own anything that’s up to the challenge, then read on.

This article is packed with a few mini-reviews that should steer you towards good times. They may all be different kinds of games, but they all share one important feature: the rules are light enough you can get these games easily to the table with no loss of fun for the punch they pack. Don’t worry about the conundrum of buying yourself a game to bring to the in-laws a week before Christmas. Just tell them that’s why you asked for some extra bills stuffed in your stocking this year. 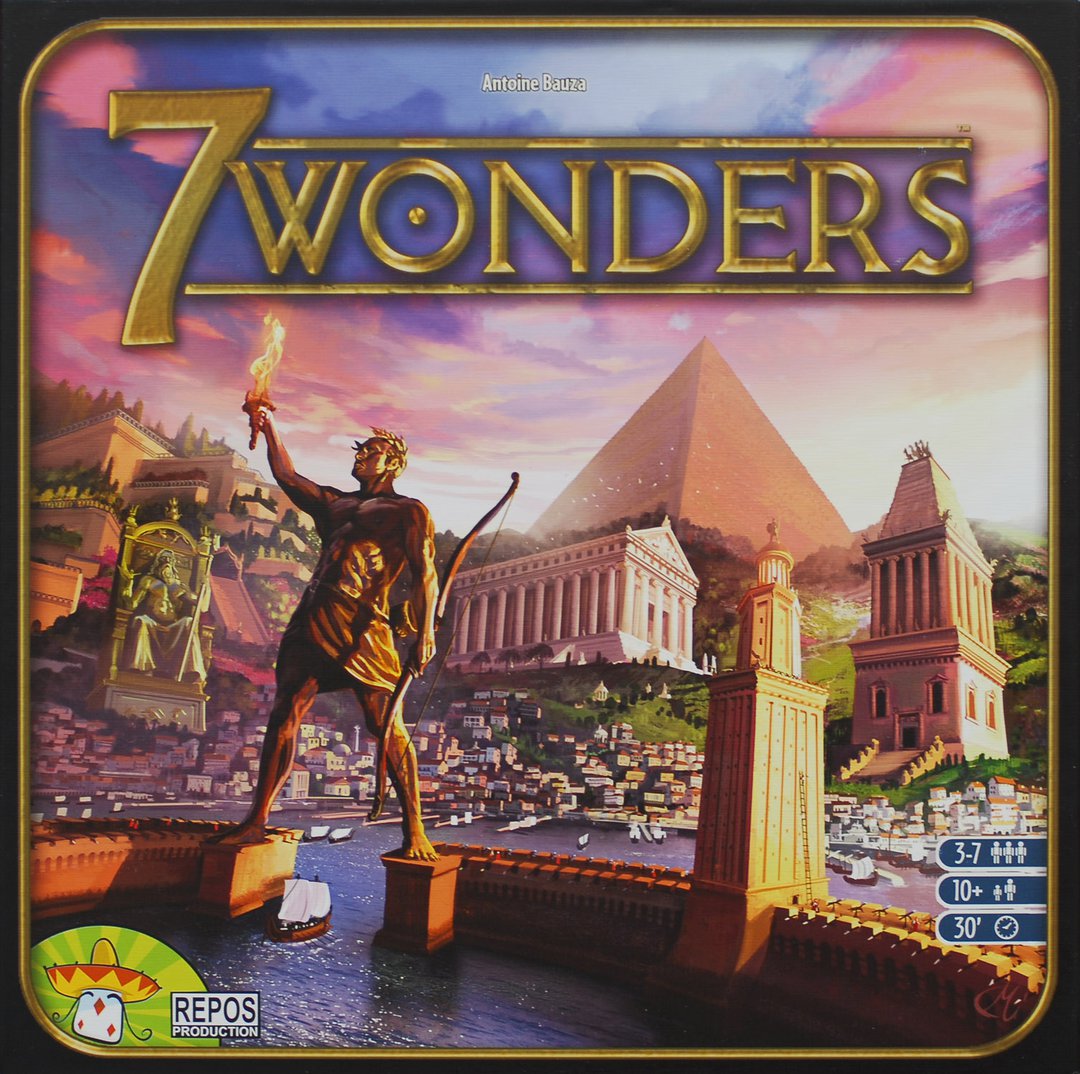 This game might just be the one that’s hit the table the most with my family over the last few years. The rules are so simple you can pick them up in five minutes and will have more or less mastered them by the end of your first game. Games, by the way, run about 20 to 30 minutes; that’s a perfect length to squeeze in just about anywhere and is brief enough that folks who are enjoying themselves don’t have to feel awkward about asking for another game.

7 Wonders is a light civilization building game that works on a very simple card drafting mechanic. Every turn, each player is passed a hand of cards and chooses to do one of three things with a card from that hand: they can play a card (if they can pay the cost), discard a card with no effect to earn 3 gold (denying other players that card), or they can slot the card into their player board denoting that they’ve built a stage of their nation’s wonder (unlocking special powers or extra points). Cards are divided into “suits”, some of which give you points by beefing your military up while others are worth more by collecting sets of symbols.

This game keeps up the fun and ease of play in a couple of ways. Firstly, since you’re all drafting cards at the same time, turns pass at a pleasant pace. Occasionally you’ll get someone who takes a little longer to make their choice, but rounds are typically brisk and exciting. Secondly, in a stroke of mechanical genius, you can only ever interact with the players to your immediate left and right. That means you’re only ever concerned with your neighbor’s military or trade, and you don’t have to worry about what everyone across the table is doing. It’s as easy to keep track of as it is to play. 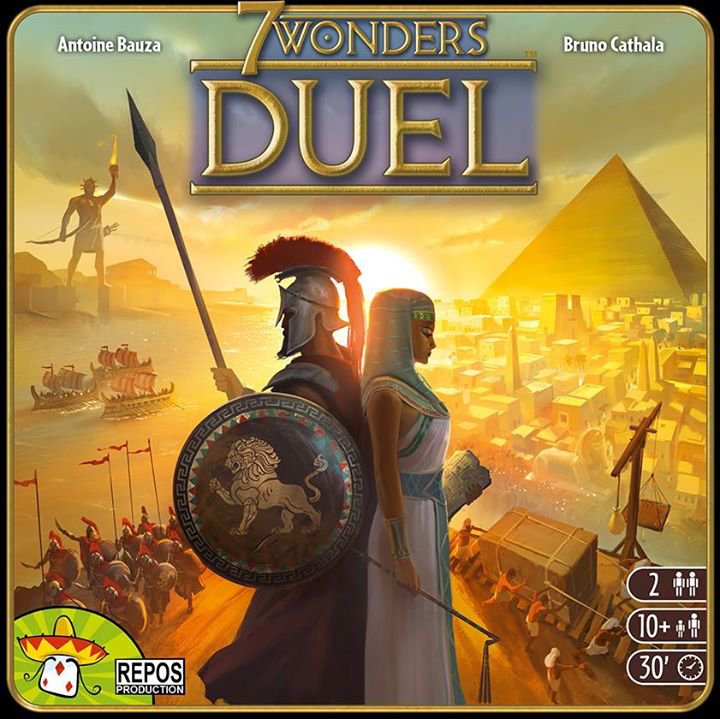 If you also like smaller games, there's a two-player version called Duels which is just as good.

This game ticks all the boxes for me in terms of being accessible, family friendly, and appealing to a wide audience. The artwork is also absolutely some of the best I’ve seen in any game. And by the way, it seats seven players, so it’s great for a big group! If you play it a ton after the holidays, there are some expansions that you can pick up to add to the experience. I play with Leaders and Cities every time we break it out. 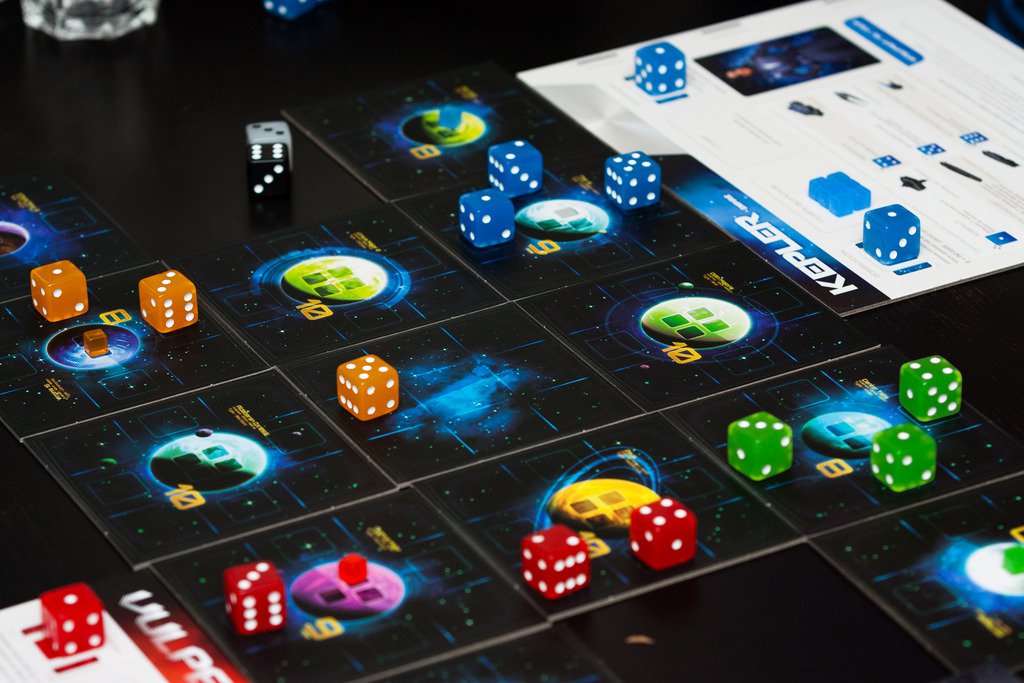 This game is like a little dwarf star of a good time. It takes up relatively little space on your table, yet it packs an incredible punch. Quantum compresses the 4x genre into the span of under an hour and will see you building ships, blowing up your opponents’ fleets, and dropping your little quantum reactors onto planets you secure. The catch? Everything is done with dice. Literally.

Your ships themselves are represented by colored, chunky dice that are very satisfying to roll and move across the board. Their number represents what type of ship they are, their movement speed (higher is faster), their combat strength (lower numbers win fights), and their special power. The object of the game is to combine your various ships’ powers with the cards you can claim from the center of the table, with the ultimate goal of “surrounding” a planet with ships of specific numbers that add up to the planet’s value. If you can do that, you get to drop one of your quantum cubes onto that planet (representing a reactor you’ve built). The first player to drop all their cubes wins. Simple rules, but you’ll see just how clever you have to be to keep enough ships alive around a planet when you’re constantly bumping up against two to three other players. Add to that the aforementioned powers granted by cards players can claim, and the game can quickly blast off into the next star system. What do you do when one player has the power to choose what numbers they want on their ships (instead of randomly rolling) while another can move his ships twice before attacking?

My family doesn’t tend to like confrontational games where you blow up other players. Yet, the conflicts in Quantum are never bad enough to keep this game off our table. We play it regularly, in fact. If your ships die, you lose a little positioning but can re-deploy them as part of your actions on the next turn, and you never feel as if any fight was a particularly big loss because of it. You’re never behind for long, and I cannot count the number of games where I’ve been sitting at the table trying to keep a straight face, one turn from winning, only to lose to someone else who’d been thinking the same. If you need something a little less “contructy” and little more “shooty”, Quantum may be the holiday game for you. 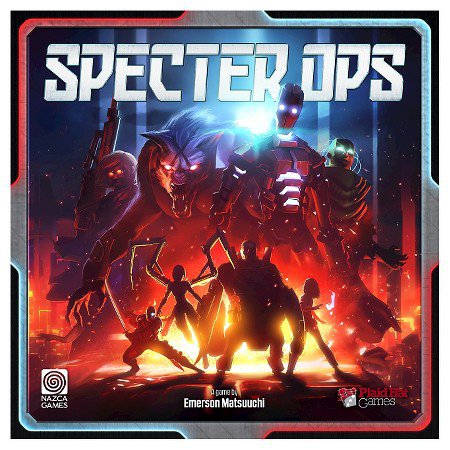 Full disclosure on this one: my copy of Specter Ops was a holiday gift from Wyatt (he got a game for each of the staff). It was a smart gift, in fact, because I already own a hidden movement game and would not have thought to purchase this one for myself. You can read my review of Fury of Dracula if you’re looking for something a little heavier and more robust in the experience it delivers; Fury is more appropriate for a full evening of gaming, running two to three hours at a stretch. Specter Ops, on the other hand, fits the bill of the easier, breezier holiday game we’re after.

Specter Ops is a 1-versus-many, hidden movement game in which one player plays an agent, sneaking secretly into a facility to thieve its valuables, while the other players assume roles of hunters who are bent on stopping the agent. In true hidden movement game fashion, the agent tracks his or her movements off the main board and only places the miniature to their agent when they are discovered on the board. This happens when any hunter can draw a line of sight to the square the agent is currently occupying, and you’d think this would happen way more than it does. Unfortunately for the hunter team, there are all kinds of buildings, twisty corridors, and obstacles that the agent can hide around. The agent also gets a few tools, one use items they take with them, to bail them out if things go badly. The hunters get an assortment of powers as well, linked to the characters that are picked at the start of the game. One is a master marksman, capable of locking down entire straightaways with his sniper rifle, while another is a genetically created beast who can sniff out an agent, locating threats within a small distance even without line of sight. There are others, and they’re equally as quirky and fun to play.

If outbuilding your friends and family isn’t your thing, and ships in space is a theme that doesn’t float your cardboard boat, then consider the experience and narrative that Specter Ops helps you create. It’s an easy to learn game of cat and mouse that will have everyone yelling, and holding their breath, and second guessing their every move, and that is a wonderful thing for a game to deliver. This is a game that ends with an agent escaping with her loot, turning to the hunter team and saying that she was cornered and sweating bullets when the beast hunter was just around the other side of a pillar, had chosen not to “waste” time sniffing, and had wandered just far enough to allow her to slip away. Other bonuses with this game include that the agent player gets their choice of characters to pick from, again with their own powers (and the hunters won’t know which one you are until they find you). And if you play with the full 5 players, the agent player can designate a hunter to secretly be a double agent. The two of them will be working together towards the agent objective until their plot is discovered.

There's A Good Board Game For Every Occasion

I still maintain my position that board games are one of the best ways you can spend time face-to-face with loved ones laughing and having a good time. Whether you enjoy a stiffer Eurogame competition of wits or a raucous, dice-chucking good time, there is almost certainly a game for you. I encourage you to grab one of these games online or at your local store and bring it with you for the holiday festivities. Find a reason to pass some time doing something everyone will enjoy between the gifts and the food (or after, if everyone hasn’t slipped into food comas). Happy holidays, and happy gaming!

Do you have your own favorite, rules-light game that you break out at times like these? I’d love to hear your what your go-to pick is! Leave me a comment here and I’ll be sure to see it. If you want to stay up to date on our latest releases and streaming announcments, check us out on our Facebook or Twitter. Happy Holidays!