Dead of Winter, and the Power of Storytelling 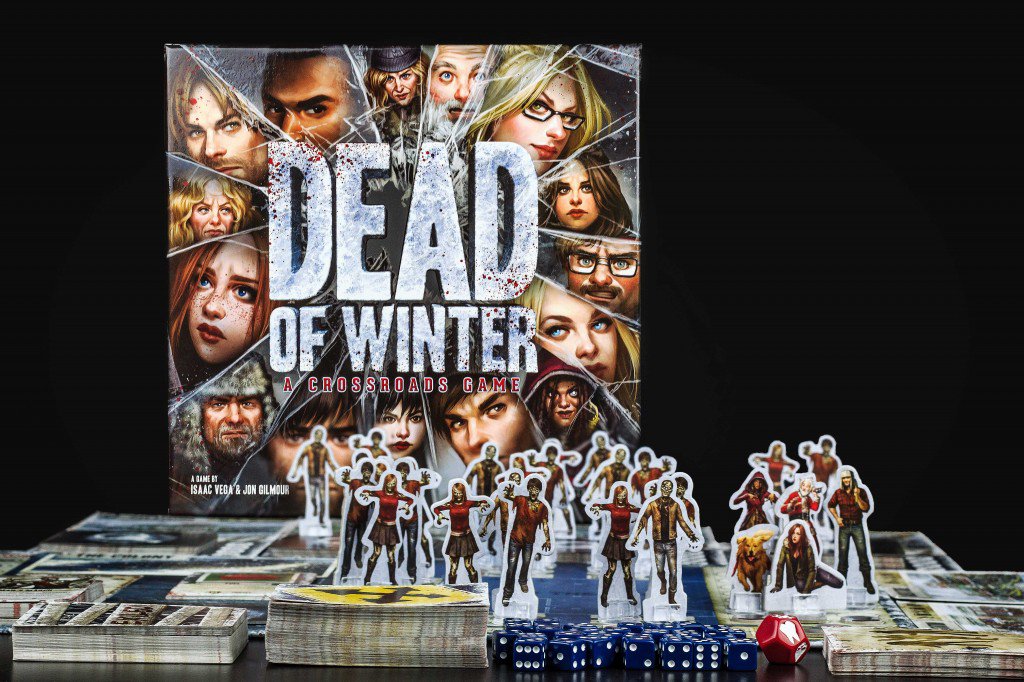 We play games for all kinds of reasons: to pass the time, to spend time with friends, to get a small rush of energy after a great round in a first person shooter. Board games, though, bring something to the table for me that many digital games lack. Don't get me wrong, I've been playing shooters and adventure games forever - and I probably always will - but maybe lately you've found yourself like me, looking at indie titles like Journey and asking if there isn't something deeper that gaming can offer.

There's a dimension to some games that's easy to glance past, but often can be right under our noses, which is the ability to be immersive, to draw us in like a good book; to not only have us enjoy a good story, but also let us help create one ourselves, becoming immersed in the experience. Often, games that don't need a controller can cause this sort of immersion quicker, and more naturally. Pull up a seat, and let me show you how Dead of Winter is a great example.

Dead of Winter puts you and your friends into a survival situation where you all win, or lose, as a group. The rules are easy enough to pick up during your first play, and are grounded in a sense of this-is-how-things-would-happen-in-real-life; that is, if real life involved all of you struggling to survive in a zombie filled apocalypse during...well, you guessed it, the dead of winter. Each of you has a group of survivors under your own control, who you will send through blizzards and dangerous, abandoned neighborhoods to scavenge for tools, fuel, or maybe just some more cans of beans.

So, this is a zombie killing game, right? A race with your friends to be the first to find an automatic weapon? Well, not exactly. You'll be killing zombies sure enough, but it's the other people across the table that can be the real threat. Some of them are holding onto supplies you need, and they might cause problems by wanting to hold onto those for themselves, or through not contributing enough to the cause. Or, they might be a traitor, and if they are, they'll win the game while everyone else fails. 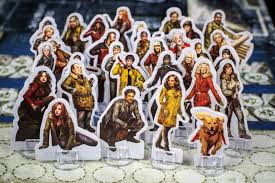 Look at this cast of characters! From nurses to truck drivers to firefighters to...stunt dogs. And some of these characters are probably trying to betray you.

Wyatt wrote up a great review of this game, but it focuses on the mechanics, on how well the game is made. It certainly is, but Dead of Winter also makes it very clear that it's the interactions of the players that makes the game really tick. You'll find yourselves developing a narrative as you scavenge, build barriers, and try to work out who at the table is being less than honest. You'll reminisce after the game has ended about the time your frostbitten sheriff stumbled back to the colony just in time to be saved by another player's doctor character. At the same time, you'll grit your teeth when a blustering windstorm causes pamphlets to fall across your colony unexpectedly, reading simply 'help is not coming'. Morale fails, and the survivors - and the players - all groan at the terrible, unexpected turn of events.

That last part actually happens in this game, and you honestly can't expect when it might happen. This game incorporates a new, dare I say genius, mechanic known as Crossroads cards. They're a unique new invention to the Plaid Hat Games' line of projects, called Crossroads games, which Dead of Winter is the first of. These cards deepen an already cavernous storytelling experience, partially by adding a sense of anticipation during your turns. They only trigger when certain conditions are met, and it's another player that reads it to you, interrupting your turn as you accidentally cause a better - or much worse - situation.

It's usually a worse situation - but not always!

I won't spoil too much here, so you can experience the thrills yourself, but yes, you might be caught (not alone) in a blinding blizzard. You will encounter other survivors without expecting to, or sometimes wanting to. You will have to make hard calls between people living or dying when all you want is to get a little extra medicine for your pockets. In a game whose theme already drips and oozes out of the box, these cards are the extra little 300-esque kick to knock this game over the edge into an epic narrative experience. It's no exaggeration that people will get so into the game that they'll rescue more survivors just because it's the human thing to do, even if you already have too many mouths to feed. 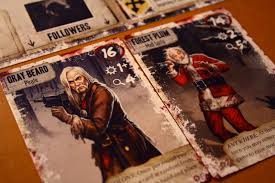 You took these guys in? Are you sure that was a good idea?

I'm a board gamer at heart, and that means I play a lot of different board games that come my way. I enjoy the cerebral strategy games, as well as ones built on stylized artwork and miniatures. But Dead of Winter is easily one of the best board games I've played in a long time, and it's because it has that little something more. It's a case of being greater than just the sum of your parts, because for all the mechanics, die rolling, and decks of cards that come in the box, it gives my gaming group something more important: it creates a story we all tell together. We all share in the collective experience, the stress, the victories, and the tough decisions. It's the interaction around the table that makes games like this truly enjoyable, and this game works to make that interaction happen well.

This is isn't just a board game, but your own personal zombie movie. If you get the chance to play Dead of Winter with friends, I dare you to craft your own story with them. Take a little extra time to think out how you found the lawyer hiding in the gas station, or how tough it was to kill the student after he was bitten. By the end of the evening, you might feel just a little closer to those you shared the experience with.

Do you have a favorite game, either analog or digital, that immerses you in the same way? Do you have a gaming moment you and your friends still talk about that you want to share? Or maybe you just want to give me a piece of your mind (figuratively please, the zombies are still after me!). Feel free to leave a comment here, or on our Facebook. If you like what you see, consider visiting our Patreon so we can keep more cans of beans on the store room shelves.