The Dungeons And Dragons Themed Apology

A Defense Of Playing The Same Characters Across Several Campaigns

I know what I’ve done. I’ve wrecked havoc on the beloved Dungeons and Dragons community with my vortex of banality.

I’ve actually never heard anyone complain about the practice of reusing old characters across different campaigns. Maybe this is me feeling like an outsider to the D&D community, but it feels like something people would take issue with. If anything, if someone ever calls me out on it, I’ll have a written defense already written up.

Some background information on my crimes: I’ve used the same two characters for the last five campaigns I’ve been a part of. Luckily I’ve never played more than two of these campaigns at a time, so each character only saw action once a week. For many, tabletop RPGs are a way to try out many different masks and personas; for me, I've found I like rehashing the same ones. 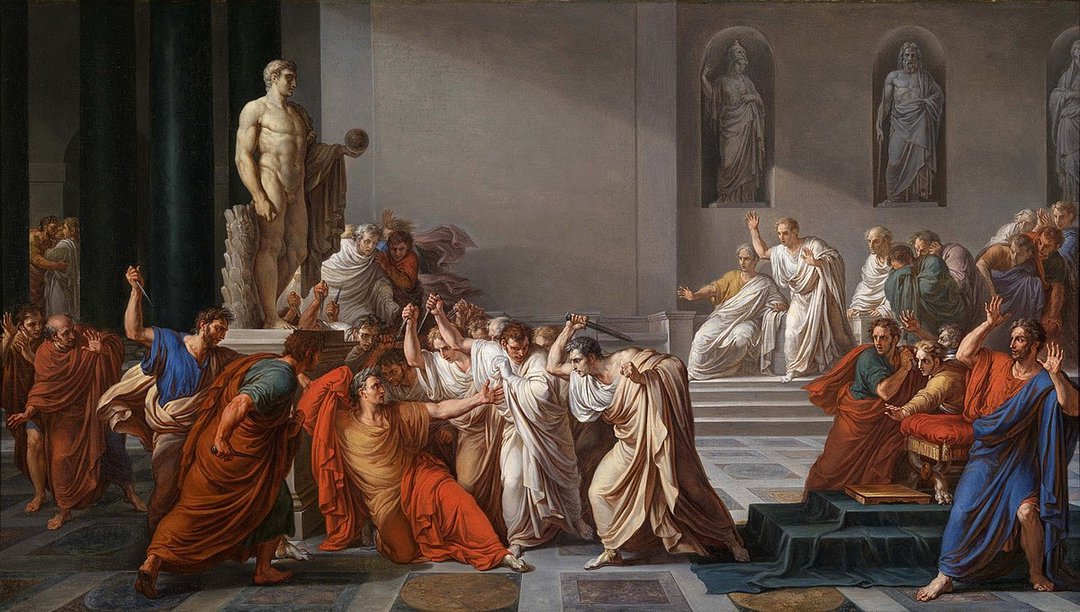 For me, Dungeons and Dragons is a form of self-expression first and foremost. It’s a game sure, but it doesn’t follow any of the conventions I’ve experienced from other role-playing games.

My favorite video game of all time is Fallout: New Vegas, largely because of the freedom I feel it allows me to experience. I get to be who I want in a world replete with captivation and plain old Wasteland fun. This is the same reason RPGs have always been the genre of video game that captures me most. Still, there will always be limits to how well you can express yourself. Protagonists are often either silent or generically voiced, their appearances determined from a selection of premade options, their dialogue presented in shades of good, neutral, or evil, and their movement shackled by the game’s controls. The more freedom you have to make whoever you imagine, the less of that character’s backstory that can be incorporated into the story.

If role-playing video games are building blocks, Dungeons and Dragons is super-adhesive clay. It’s strong and malleable, only limited by the setting your DM constructs and your imagination. Even the roll of the dice can’t stop you from trying almost whatever you can imagine; it can only stop you from succeeding. It’s for this reason that I’ve reused the same characters over and over again. We don’t reset in life, we modulate.

Let’s face it, campaigns generally don’t last very long (at least mine don’t). If the ones I’ve participated in are any indication of the standard, characters don’t often make it to level ten, let alone twenty. Campaigns either get cancelled, their stories are succinct, or characters simply die. Maybe it’s just me, but the characters I’ve created haven’t had the opportunity to figure themselves out over the course of a single campaign. They’re still developing and need the proper time to do so, just as we do.

If I can’t convince you, perhaps a look at one of my characters will.

The first form of Arís didn’t see much action, but I knew he would be around for a while...

Arís has been with me since my very first campaign, but he wasn’t my first character.

A few years ago I began my foray into Dungeons and Dragons through a game of Storm King’s Thunder with some friends. I started off with a druid for the first session to get a feel for the mechanics, but honestly I couldn’t tell you anything about him beyond his class. When the next session came months later, I switched to a monk. Again, I couldn’t tell you much about him, besides that he perished to a room full of goblins after a teammate fired an arrow at one of them and rolled a natural one (free license for DMs to cause all sorts of havoc). I decided that I needed something tougher, and Arís was born.

Before I knew anything about him as a character, I knew that I wanted him to be a paladin. I didn’t want him to be a stereotypical zealot, though. Instead, I found inspiration in the platonic conception of soul cultivation. It didn’t matter what God people believed in, Arís just wanted everyone to be good. He was a pretty barebones character, but since he was created a year ago I was only able to use a half-orc variant of him in a single one-shot adventure before the party went off to college.

I already cared too much about this character to let him go to waste, so after I found my first game on Roll20 some months ago, I knew he needed to make a comeback. He underwent some revisions in that campaign, transforming from a half-orc to an elf-orc. I gave him a family, refined his purpose, and slowly began to unravel his personality. I learned how he reacted to certain situations, why he did what he did, and what flaws he had that I was previously unaware of. He now followed the oath of redemption, and with it came a whole new batch of problems I was previously unaware he had. As a pacifist, he relied on talking to reform enemies from their evil ways. Almost immediately I learned just how hard this was. It took a few minutes of speaking with my very first foe to realize he had to die. Would this be a theme? Could I actually reform anyone? How long should I try before resorting to violence,? Is this truly a viable path in the often cruel worlds of D&D? Unfortunately, that campaign got cancelled and those questions remain unanswered. If I was too attached to abandon him before, there was no way that would happen now. I joined another campaign on Roll20, where I continue to test Arís’ convictions. I can’t help but wonder how long his ideals would last in that world, and if that maybe says anything about the world we ourselves live in. 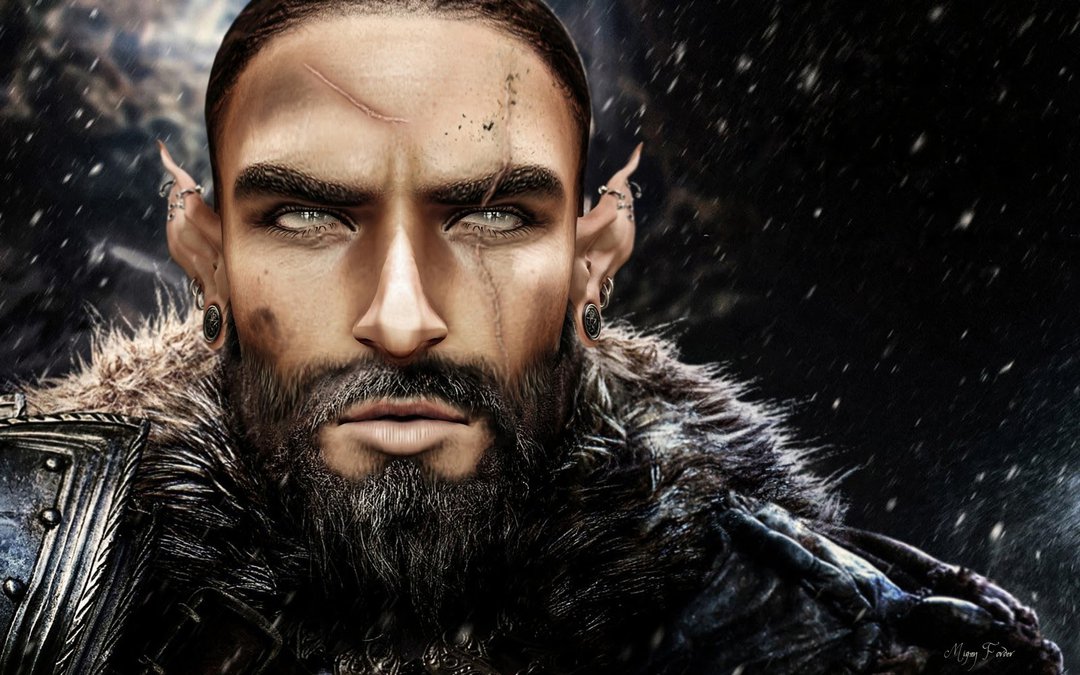 The closest thing to the man himself that I could find. 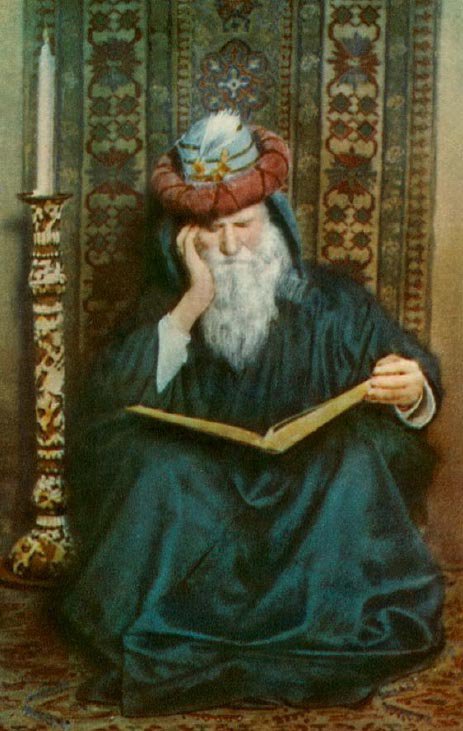 Who knows how long his story will continue. But I'll keep writing it while it lasts.

Rugadh Arís was born to an elf mother and human father. Prior to his birth, his parents lived in a small, conservative religious community with his older half-brother Caillte, a full-elf toddler. Spurred by an elf pastor who could not bear to see his child (Caillte) being raised by a human, the town would not tolerate such intermixing, the couple and their baby were driven out and forced to reside in seclusion. There they had the boy who would change his name to Arís, who grew up reading religious texts his mother had carried from her past as well as his father's books on metaphysics. He discovered Lathander, who Arís believed spoke through books and told him of his purpose in life. He was to travel the world, teaching others how to live benevolently so they might ascend through a cycle of rebirth, eventually living compassionately enough to transcend into the afterlife. He left home at 20 years old, following in the ambiguous footsteps his half-brother left behind, having left home on his own years prior for unknown adventure, rumors being that he has been tempted by evil.

Arís is currently pursuing his quest to cultivate souls and convert those who live malevolently. Confident in his purpose, he neither recognizes nor fears death as the end of things and ultimately seeks ascension in the form of transcendence into the afterlife through his own work.

Without the time I spent remaking this character across multiple campaigns I never would’ve gotten to know him as well as I did. He likely would’ve remained a simple, one dimensional good-seeking machine. Finding himself in new places, surrounded by new people, it forced me to reevaluate who he was. I discovered new complexities, new flaws, things that make him feel more like a real person. He didn’t just disappear, he found himself.

If D&D serves as a way to express oneself, this is the way it should be. When we change in life, we still hold onto parts of ourselves. I would never see progress in my own life if I lost myself in each transition, so I feel shouldn’t do the same with this character I worked so hard to create. It takes patience and repetition to learn who you are and how you deal with things, both in D&D and in real life. Who knows, perhaps I’ll learn more about myself alongside Arís, so I’ll keep going with him until he’s ready to rest.