My selection this week is Child of Light,

a game told in rhyme, its writers to spite.

Child of Light is the most fun I've ever had while being told a bedtime story. You play as Princess Aurora, the heroine of a fairy tale about bringing light back to the fictional land of Lemuria. When Aurora, the daughter of an Austrian duke, suddenly falls deathly ill, she finds herself in a strange world whose sun, moon, and stars have been stolen away. As the eponymous Child of Light it is your destiny to find them and defeat the evil queen Umbra in order to save Lemuria.

As an interesting side note, there actually are stories about a lost continent called Lemuria, which appear to be similar to the tales of Atlantis: That is, that an ancient and mysterious civilization was destroyed and sank beneath the ocean after some undefined cataclysm.

The plot may not be anything novel or mind-blowing, but it has a comfortable familiarity to it. It's a child's fairy tale, and that's exactly what it feels like. The lost, frightened princess makes friends, learns powerful magic, fights against and eventually overthrows the evil sorceress, and saves the world. Child of Light would be right at home among classic Disney movies. 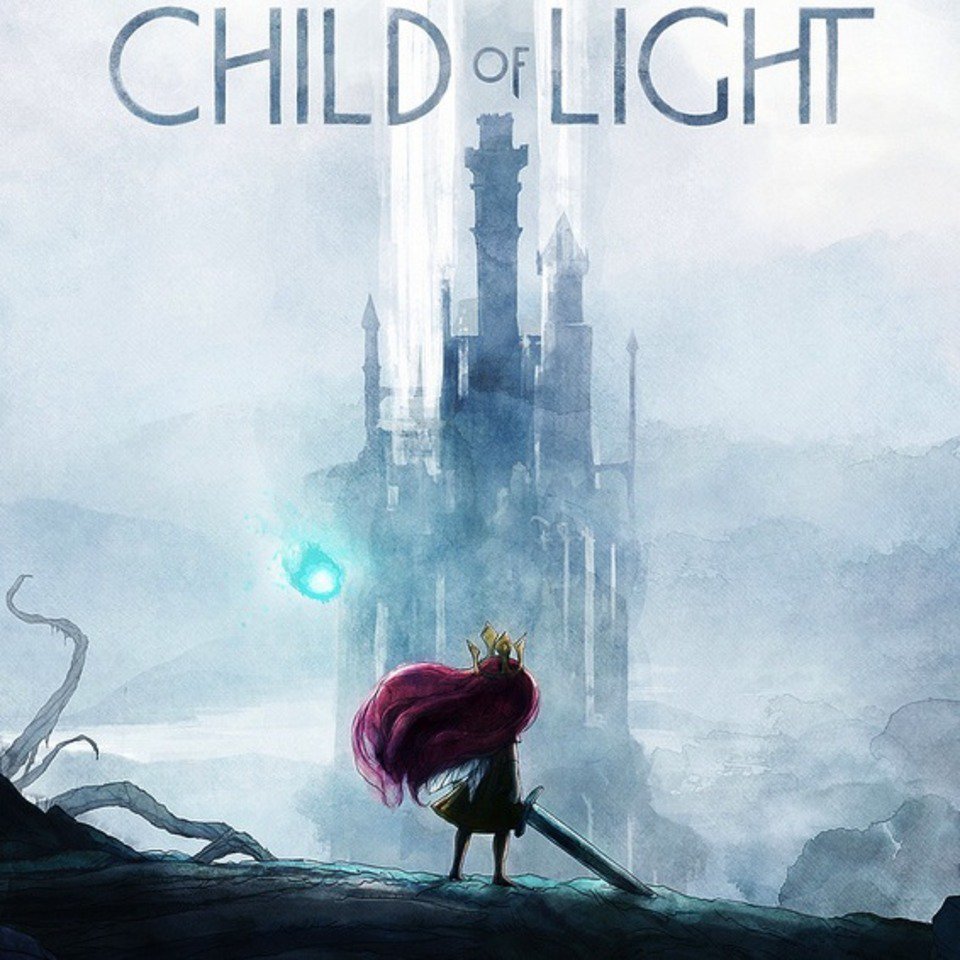 I'd never played it until now,Yet this all felt familiar, somehow.

The gameplay is similarly simple-yet-engaging. The main game is open-world exploration featuring some very light platforming and puzzle elements, but it also has turn-based combat and features a level-up system reminiscent of Final Fantasy X's sphere grid.

Combat uses a turn meter, as seen below. You can see where everyone is on the meter, and when your character is ready you can select an attack. More powerful attacks generally take longer to cast, and if you're hit while casting you get interrupted and lose the turn. It's a simple, straightforward system, but leads to some surprisingly nuanced strategies as you try to balance dealing damage with protecting yourself, and attempt to keep the enemies pinned while not getting endlessly interrupted.

Child of Light features two difficulties: Casual and Expert. Even on Expert, which I played on, the game isn't terribly difficult. It takes a short while to get the hang of it, then it's pretty well balanced throughout, with the exception of the end. There's a sharp spike in difficulty right before you take on the first of Umbra's head minions, Crepusculum; the fight against her gave me the most trouble by far. After that, you quickly become much stronger and acquire some new friends who more than make up for the enemies' increased power. Umbra herself is almost disappointingly easy. 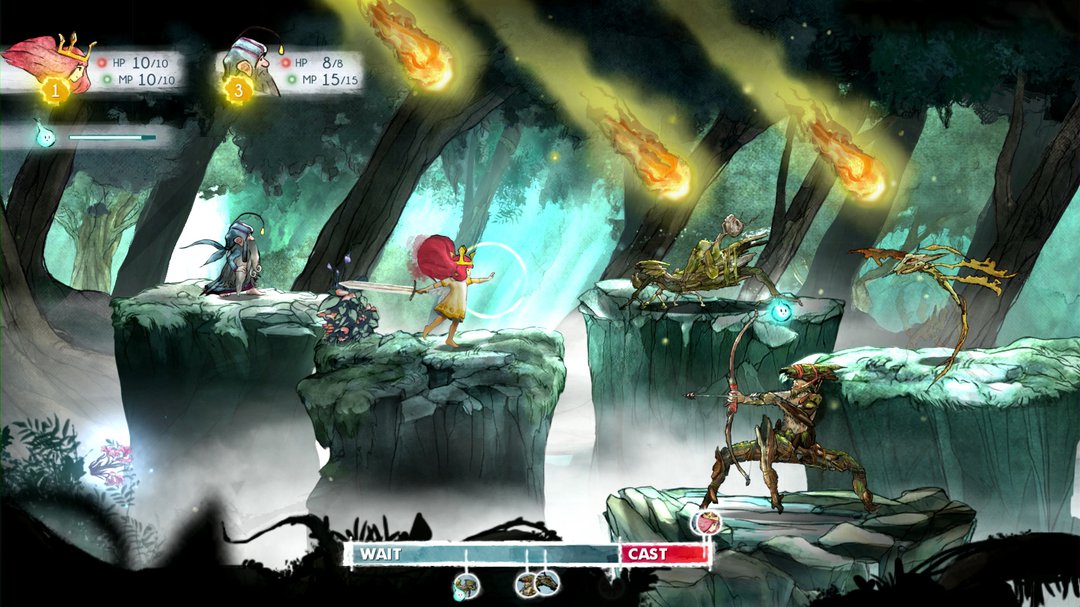 A low-level encounter; note "wait" and "cast."Time your spell carefully, or it may be your last.

I will say that the rhyming wears a bit thin after a while, particularly when the game resorts to slant-rhymes and half-rhymes (no, Aurora, "eyes" does not rhyme with "advice") or when the meter is egregiously off. Still, that's a minor enough issue that sort of faded to the background and didn't interfere with my enjoyment of the game.

I did find it interesting that Rubella, a jester who bills herself as the greatest wordsmith in Lemuria, is the only character in Lemuria who doesn't speak in rhyme. Ever. Is she so bad at wordplay that she's not capable of coming up with rhymes? Or is she so skilled that she can break out of the traditional speech patterns? The only others who don't speak in rhyme are the characters back in the "real world" where Aurora came from. Exploring what all of that might mean would be worthy of its own article (or a particularly pretentious English paper), so I'll leave it for now. 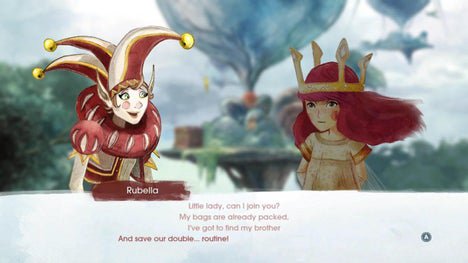 If I had to pick a single word to describe Child of Light, it would be "pleasant." Not that what happens in the game is pleasant - quite the opposite - but that it does a very good job of feeling like a child's bedtime story brought to life. The graphics are beautiful in an otherworldly sort of way, the combat is difficult enough to be engaging without being so hard that it becomes frustrating, and the plot is as worn and comfortable as an old quilt. The ending is similarly satisfying: It's not earth-shattering, not innovative nor unexpected, but it's exactly what it needs to be. The same goes for the game as a whole.

Thank you all for reading, I'll see you next time,

when I review Diablo III - I swear it won't rhyme!