The Growing Popularity of Orcs Must Die:
Unchained

How Robot Entertainment Can Break The MOBA Mold 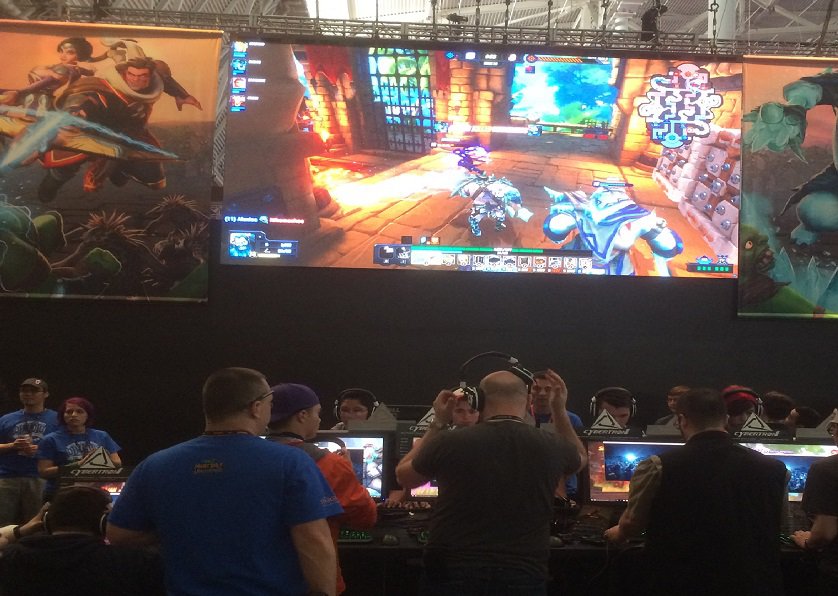 Something you don’t realize at first glance is how carefully polished Orcs Must Die: Unchained is. I’ve been playing the game since before the open beta came out, and I’m always fascinated about watching a game progress from starting idea to polished product. It's great to watch how games grow, and how more and more people line up to try it out on a convention floor.

I had a chance to talk with Chris Rippy, Robot Entertainment’s Producer of the Orcs Must Die! series as a whole this last weekend. We sat down in the Orcs Must Die: Unchained booth at PAX East 2016, while he came forward about where they’ve been, and where they want to go. 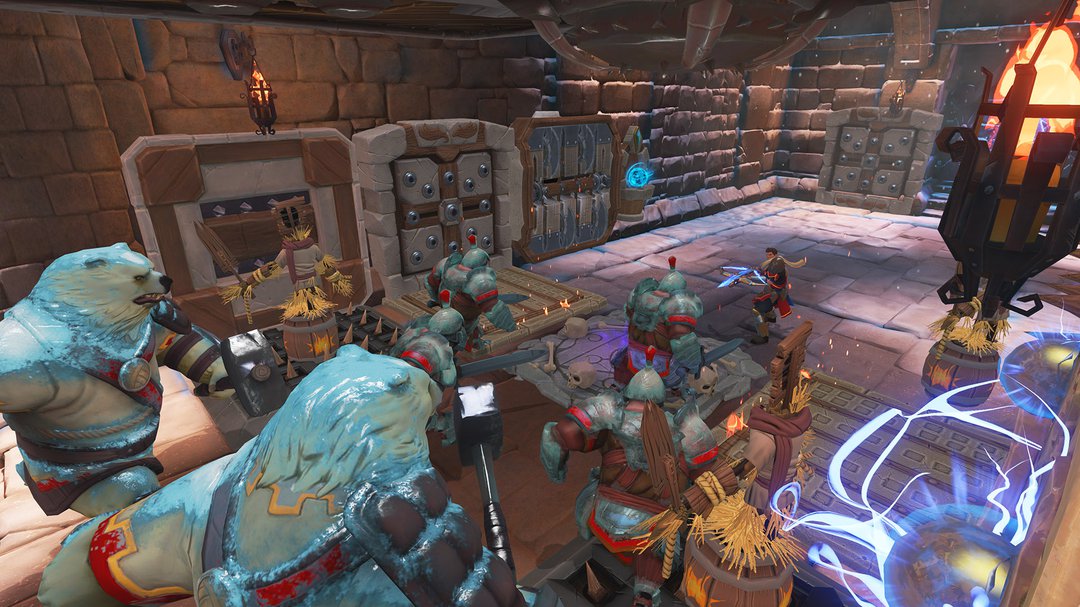 “We’ve been working on scaling for a long time now,” Chris mentioned proudly. “We wanted to make sure the base gameplay was solid, that we got everything right.”

It’s true. Unchained has been in development for years now, and has been showcased in various forms at PAX East for the last three years. It seems at first that maybe not much has changed, but then you notice the differences between the previous builds and the current one; graphics are now crisper, and levels feel more complete. The feel that you are wading into dozens of foes with a melee weapon is immediate now, and the ability for the game to render more chaos at one time keeps going up.

What is most impressive though is the scaling, even though that's a feature not immediately apparent. When you play survival mode against waves of foes, the computer knows what level of foes to throw at you, based on your progress in game experience. While there are a little over ten different maps in the game at the moment, Chris talked about how each time you go back to a map on a different level setting, things change. Entry points of foes, which ones you will be fighting, and of course, the difficulty. 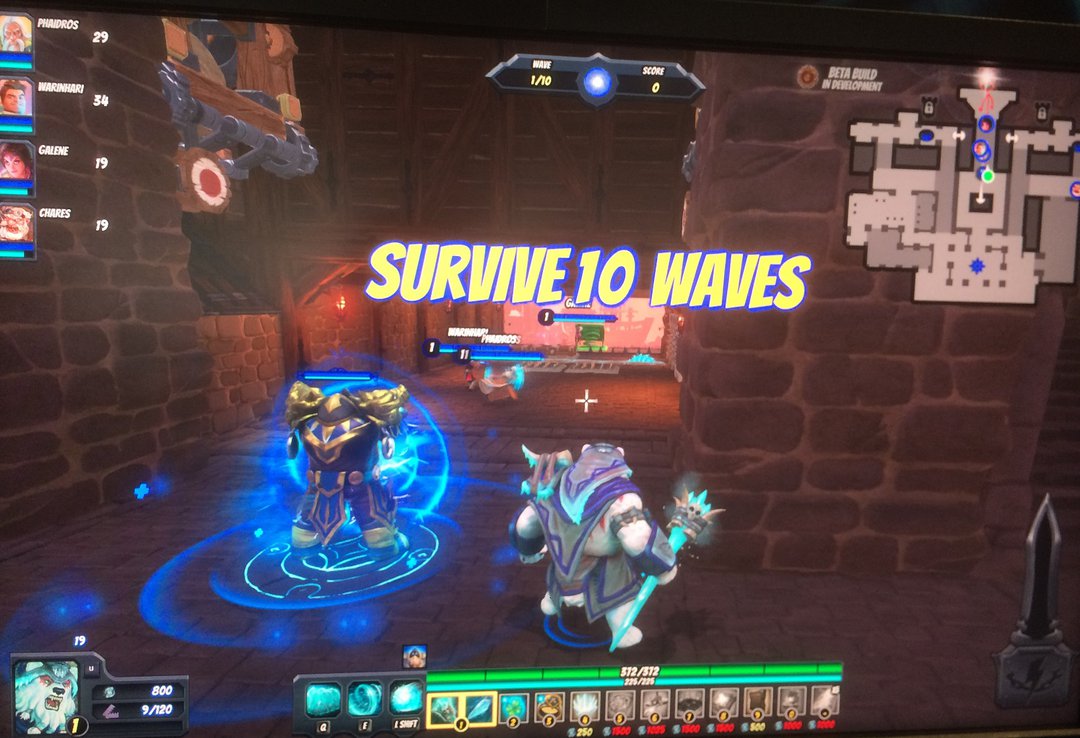 Survival mode battles range from levels 1-100, and eventually, you unlock endless modes to play with your friends.

“We want to make sure the experience is smooth and fun for everyone. That you can play with your friends, or just play against others across the internet.” When you see the game being played, it’s obvious Chris meant it. As he talked with us, he went into detail about how the game is able to help you play with friends of different level rankings, and how, if you start a game where you are supposed to have five heroes with just two, the game is able to actually change to accommodate you.

In Siege mode, the player versus player side of Unchained, the matchmaking is also solid, pairing people with equal levels well. The game producer also talked with some surprise about how much people seemed to enjoy both sides of the game. “We were expecting that some people were going to play only the PvE material, and some were only going to play the PvP material. But, what we are seeing is that nearly all players are trying out both game modes and coming back to each side.” The game is honestly fun, and it has it's own unique spin on existing genres. 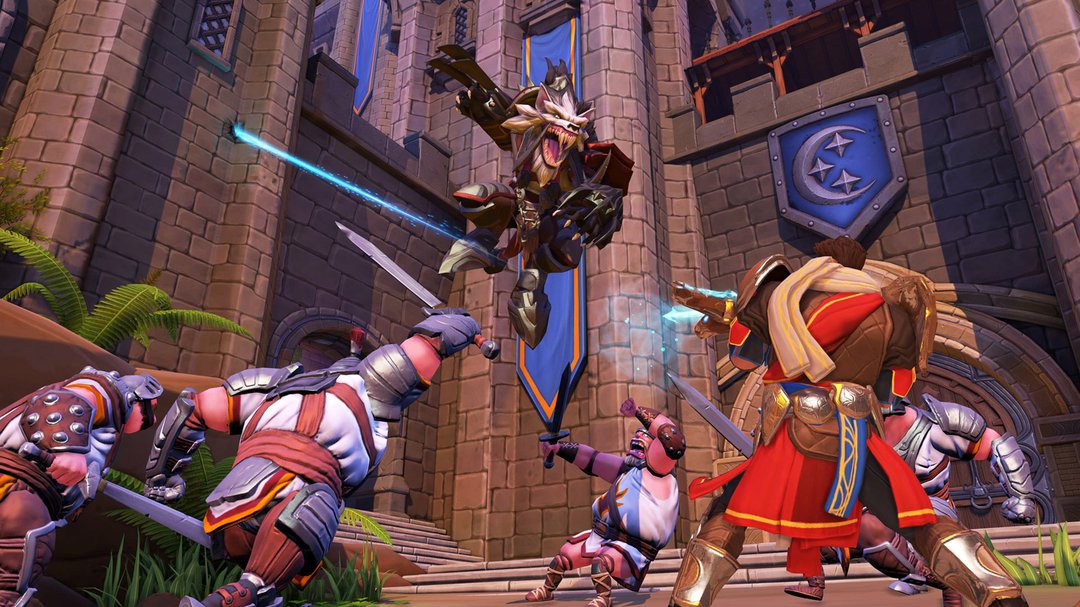 If another player is leaping onto you like this, it's probably a bad thing. Seige mode has a whole different feel from Survival mode.

MOBA games typically focus strictly on a competitive environment, growing and shaping fierce fights to work into E-sports. What makes Orcs Must Die: Unchained different for me is the level of care they are taking to make sure there is a great PvE game as well. They haven’t been developing just for the sheer hope of competition, but instead have just been wanting to make a great game that many different players might enjoy. It is something I respect, and I’ve been able to sell several friends into joining the beta because of it. Some join to fight off waves of computer controlled foes. Others are excited to see how many other players they can defeat on the battlefield.

Now that the base game is in a good place, Chris excitedly talked about what comes next: the expansion of content.

“We are hoping to make a huge update every month for a while,” he started. “A new hero or map, along with putting out new traps all the time to go along with those content updates.”

At PAX East this year, they were showing off their newest patch, which had just come out that week. Called “Oath of the Arctic Prince”, it unveiled their 14th hero, Tundra. I can safely say I’m immediately in love with him: a large bipedal bear who is centered on cold magic, Tundra is a little weak at first until enemies start to have chilling effects stacked on them. 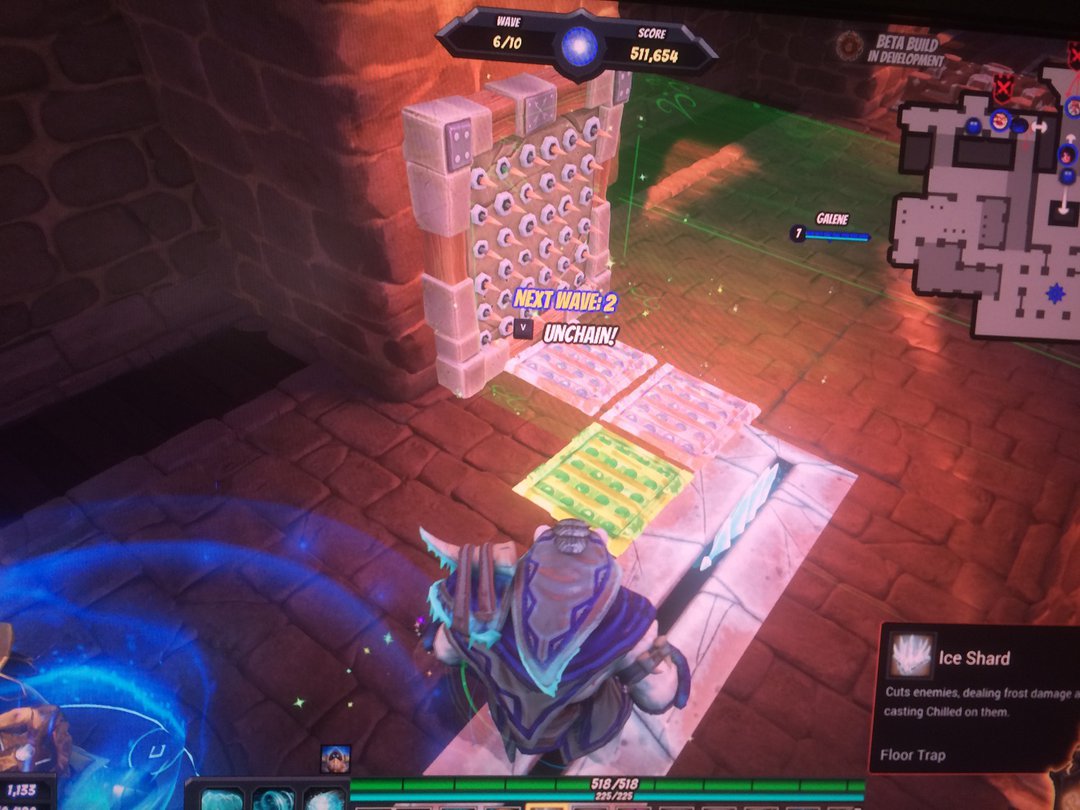 The newest patch alone really expands your options of gameplay, from a new hero, to new trap sizes to place onto the battlefield

Just as significantly, this patch revealed a new set of traps, including ‘mini traps’. They are only half the size of the normal ones that you already are used to, and so they are going to open up brand new options as to how you set up your defenses in a game. Chris went on about how he wants to see more of that, of more variation in hero composition and trap strategies. Now, he says, is the time to really focus on expansion.

There’s already a new character listed as ‘coming soon!’, and it’s someone that people from the closed beta might be familiar with already. As usual, Robot Entertainment has taken the time to make sure they had good content, now that the game is steadily growing. Chris went on about how Zoey, their most recent champion, had just been reworked in a set of balances, and how they are taking a close look at the crafting system.

“Out of everything, crafting is the most newest system put into the game. We’re going to be looking at it for a while, and as more people keep playing and commenting on our forums, we will keep improving on that system as well.”

It’s clear that Orcs Must Die: Unchained is trying to make a place for itself in a very crowded market. MOBA games are everywhere, and competetive shooters like Overwatch and Battleborn are preparing to duke it out to win over a competitive multiplayer fanbase. It’s here though that Unchained actually has an advantage: thanks to a history of making great tower-defense games as a starting point, this minion-massacring game feels unique from both MOBAs and shooters. Instead of trying to attract players away from other games like it, it is attracting other types of players…or players that want a break from the status quo.

“Of course we would love to be an E-Sport, but right now, we just want to make the best game we can. We don’t want to leave people behind in the co-op modes, and we want something we are proud of first.” Chris went on. “ We'd love to make some single-player stories too for our characters, but that would be far in the future. If it happens, it happens, but right now, we are just going to make more content for everyone.” 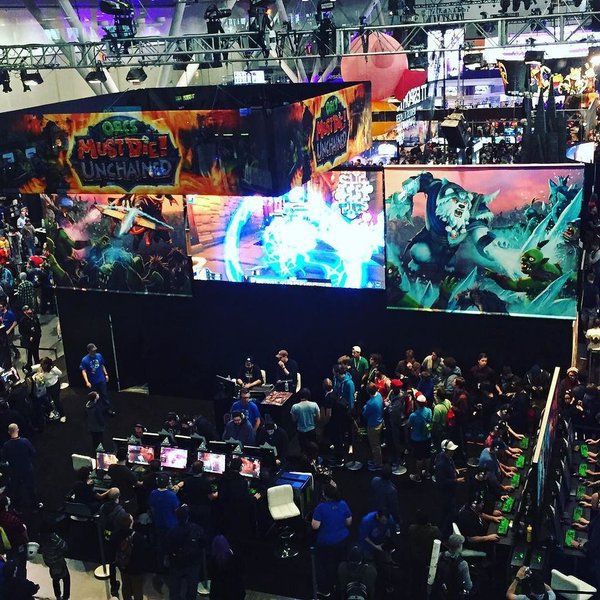 Orcs Must Die: Unchained is attracting a lot of people, partially because of this approach, and partially because of how it is in a unique place on the market. People were lining up to play during the whole convention. They were asking about how to get into the open beta, or just stopped in the aisles to watch matches take place on the large screen.

I’m glad. I absolutely love this game, and while it certainly needs a little more content and variety, that’s something that Chris Rippy spoke about as being in the immediate future. Unchained has a chance at really exploding, and for the sake of playing many games of it with my friends, I hope it does soon.