Hearthstone Beta:
Yet another gaming frontier for Blizzard to shine 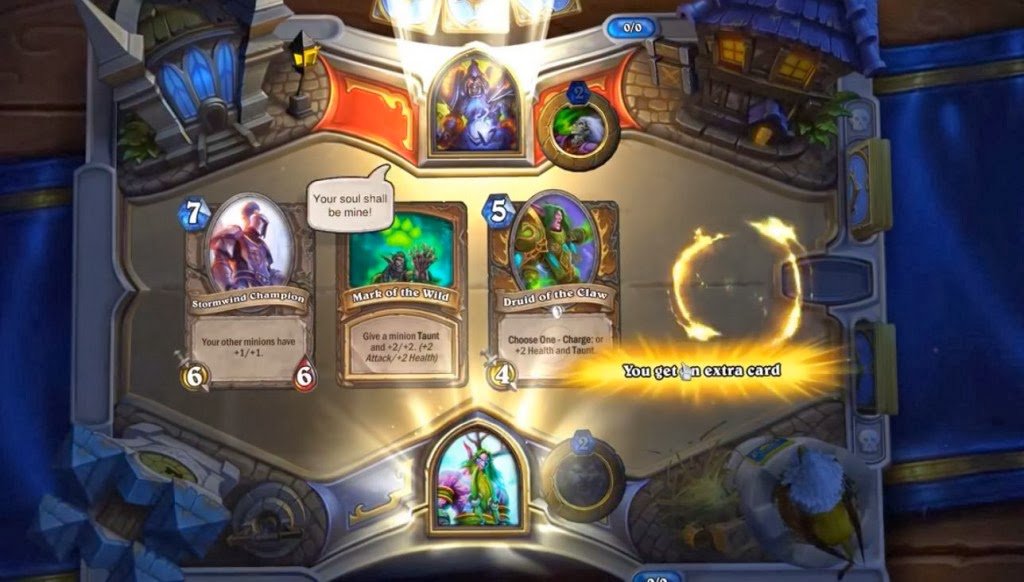 Say what you will about Blizzard, but man, they know how to make something look shiny.

Hearthstone seems like something out of place for the game giant Blizzard Entertainment to try and work on - no dramatic arching story, or over the top CGI introduction... but if you look closely, you'll realize why this is a perfect next step for the company. Its a way to bridge their ability to make smooth presentation merge with a fun sense of gameplay. Its a way to cash in on gamers who have loved the Warcraft universe while also getting back to doing what they do best: refining the gamer experience, one genre at a time.

Forget, if you can, nearly the last decade and let us return to what Blizzard built itself up with. Let's remember how the point and click action game was a tiny market before Diablo. Lets think about what Warcraft II's addition of continuous story did for the RTS Campaign genre. Lets pause, and wonder how far along E-sports might be without Starcraft.

Blizzard's power is not from innovating, but from refining. Not for reinventing the wheel, but giving it the best polish you could ever ask for. Its easy, now, to rag on World of Warcraft right now for being old fashioned, especially as it holds onto a subscription based style of play in the rising tide of other payment options... but lets just go back to nearly a decade ago when it started in September 2004. The added features that streamlined the MMO standard of play, the amount of in jokes and lore that were easily accessible... to great centralized locations, and implementation of PvP combat that's become a mainstay. For me, it was the flying rides between towns - The use of flying mounts to get scenic views of the world was unheard of. A way to let you travel fast across the world, but also take in all the work and design that had been crafted into the game. I still remember my little rifle-toting dwarf jumping on a griffon for the first time, to travel from Stormwind to Ironforge. To see myself fly over zones of snow, then fire, taking in areas I wouldn't be able to survive for dozens of levels...it was amazing. It made the world feel real, it made me have a connection to it, and it made me want to explore. 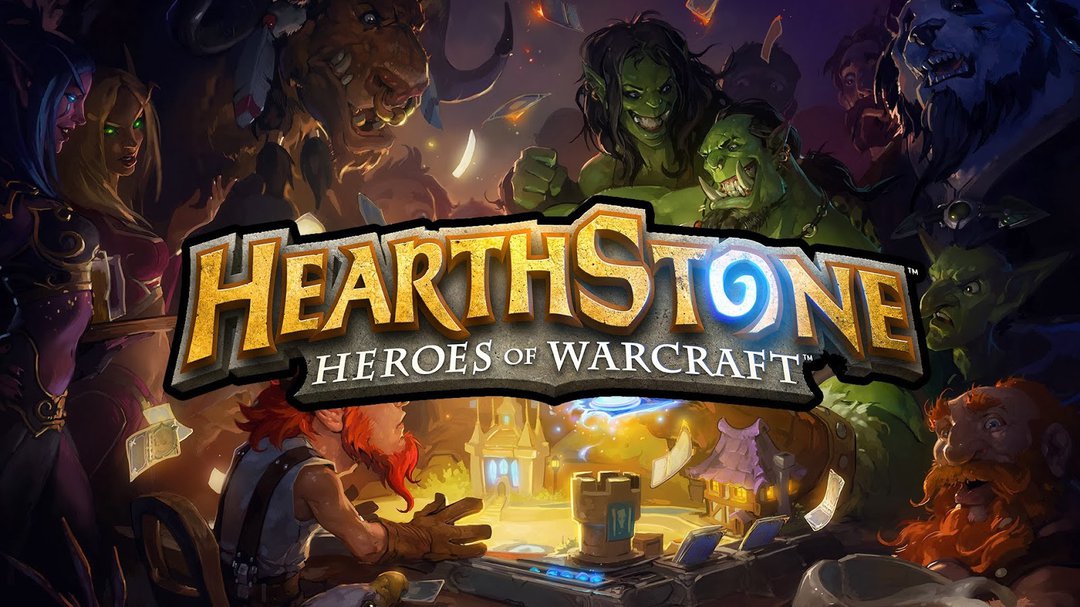 Regardless of what you think about their franchise, this picture alone tells a story thathas more character than some full fledged games coming out at the moment.

This might be why a lot of gamers, gamers who have been long-time Blizzard fans, have been feeling a bit on the 'meh' side about the industry giant recently. For the last several years, its been making sequels - Starcraft II, Diablo III, and expansion after expansion for World of Warcraft. Its not that these games are bad; in fact, I found myself greedily grabbing the first two when they came out and devouring the single player each time. However, they suffer from two issues - the first being is they are trying to capitalize on games that are now enshrined as classics, and after years of waiting, sometimes the hype hurts a game more than helps it. The second problem is, well, they aren't just as revolutionary as their predecessors. The original games already did that for them.

Enter Hearthstone, the next gaming genre that Blizzard is now tackling. Online card games, of all things. It might seem a bit out there, but give me a few moments, and it will make perfect sense.

1 - Online card games are already popular, but there is no clear leader in the market.2 - Online card games, as a genre, suffer from the Facebook gaming effect - many, many clones of a game, and many of them having a 'pay to win' strategy that makes the game incredibly frustrating to play without finally cashing in after a while.3 - Online card games often suffer from a 'generic art' effect, where, while the art might not be bad...it might even be good, they often blend into each other, or don't have anything to truly make themselves stand out.4 - Many of these games are very, very simple, and without a lot of 'extras', like spell effects, or more than minimal sound cues like swords clashing, or guns firing.

Need I have to explain more about why this is a perfect genre for Blizzard to insert themselves into?

Take World of Warcraft art style, and all of its history, all of its lore, and all of its millions and millions of players, and already you have something poised to attract a lot of attention. But it doesn't stop there - the Warcraft universe already had a card game created about it. One that I played for a while in college, and enjoyed quite thoroughly, might I add. There's already a precedent for people enjoying this as a concept.

However, instead of just taking the card game in existence and putting it online, they've streamlined it, and then, with a rag and their endless bottle of polish, began to shine it over and over again. Lets take resource management and make it automatic. Lets trim the game down to classes, and use iconic characters and tested art to do so. Lets give the game a tutorial that makes sense, and a way for players to learn each of the classes while also unlocking enough cards without ever buying a new pack of cards (with in game currency or real cash). How about lets add some real spell effects, and use voice overs that are different for every. single. card. 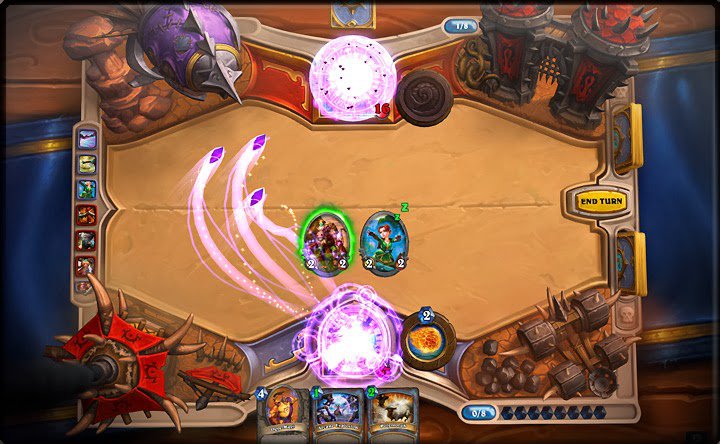 The mages cast spells with old gravelly voices, while the gnomesshriek about how they are terrifying. Orcs growl, Heroes cry outin pain as they are hit, and can even compliment you on awell played attack.

The board itself is a wonder - there's multiple tables that you play on, chosen at random, and each has different little sights in the corners - a tavern with opening doors, a zeppelin that sputters and sways as you click on it. How the cards becoming attached to the board and destroyed have their own motions and effects, or how the screen shakes if something attacks with a high enough damage thresh-hold, giving it the feeling of a shot really connecting, of being driven home. Now that is an accomplishment in a card game.

I haven't even gotten to the game play itself, or how the game is very smartly dancing on the line of buying new cards for yourself... but seriously, just on the polish and the obvious effort put into the presentation, this beta is more attractive and better off than almost anything on the market as an online card game. I've probably spent about ten-fifteen hours playing the beta for Hearthstone now, and I won't be stopping anytime soon, truly an accomplishment for a game in this genre. Expect a follow up post... probably after I get my butt kicked a few more times in the arena.