As the gaming industry grows, I’ve seen it share more and more practices with other businesses. At times, it squeezes dimes out of its community with paid mods (Fallout 4), at others it takes what was once available content and places it behind a pay barrier (Destiny 2). However, loot boxes are a different beast altogether. And an overall more insidious one. Loot boxes take core gameplay mechanics and cheapen them, undermining an otherwise entertaining game with efforts to squeeze more money from players. 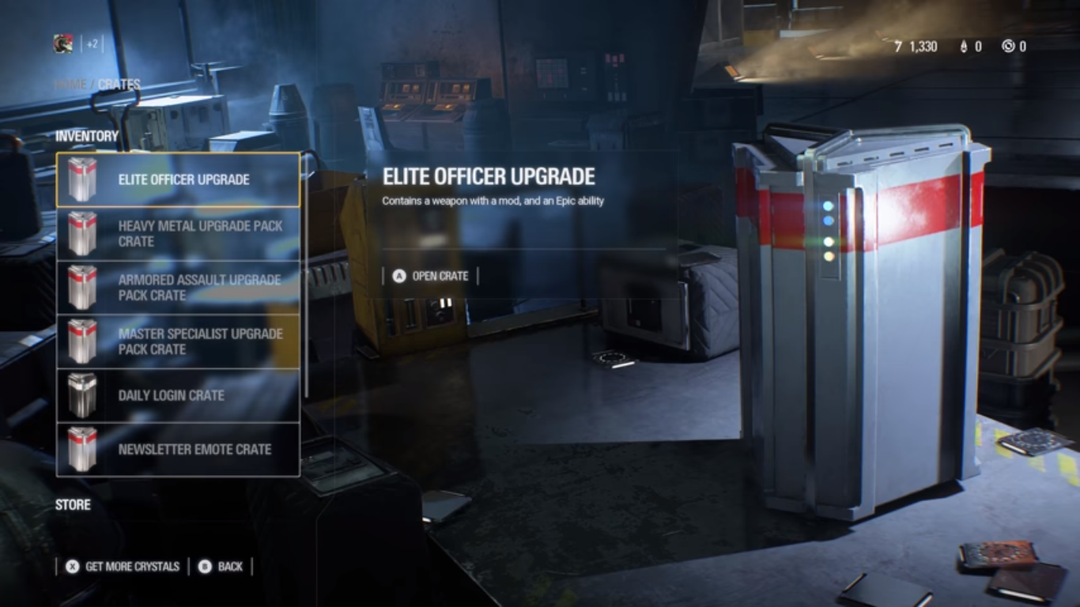 Since Battlefront II's’ release, EA has been dealing with a PR disaster.

Turning A Massive Movie Name Into A Massive Cash Grab

If you’ve been following the latest drama to rip through the gaming industry these past few weeks, you know that EA’s release of Star Wars Battlefront II has been somewhat of a disaster. During its beta, Reddit user “TheHotterPotato” found that it would take forty hours of gameplay to unlock titular Star Wars characters Darth Vader or Luke Skywalker, who are both locked upon purchase of the game. During those forty hours, players can’t even spend their hard earned credits on anything else, every bit of virtual currency saving for that one iconic character.

All of this stems from Battlefront II's credit system. Commonly in FPS games that involve some kind of progression, said progression is usually based on player performance throughout matches; more specifically, this progression is tied to the weapons or classes played. Battlefront II on the other hand gives players credits, currency used to purchase loot boxes in game, based on how long they play. Performance has absolutely no impact on credits earned, nor does the selection of class or loadout. This system is still in place today, and some players have taken to exploiting it by placing rubber bands on their controllers to make their characters constantly move, letting them put their controller down and go do something else while they farm credits. In some cases these “afk farmers” can get as many credits as normal players.

The alternative EA offered to this mountain of a grind for such iconic characters was crystals, a second in game currency that can also be used to purchase loot boxes but can only be obtained through real world cash.

However, these loot boxes are still a game of random chance, a gamble. Regardless of how they are obtained, there is no higher chance of adding Darth Vader to your repertoire of characters. The entire progression system of Star Wars Battlefront II boils down to just that, random chance. Or the amount of cash you are willing to drop for in-game currency. There’s always that option. 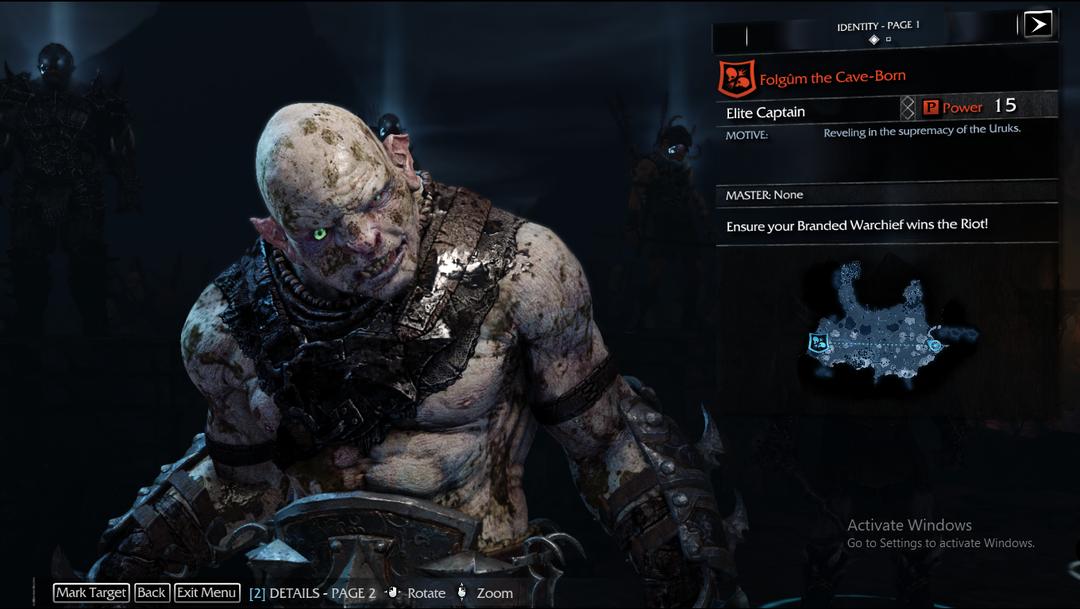 Orcs like Folgum here have gone from being zany characters to prizes.

This is where loot boxes cross the line for me. From a business standpoint, I understand that games are getting harder, and certainly more costly, to make. But I have to ask developers to remember that they are making video games, and not video gambling machines. When loot boxes are so integral to a game that it undermines that game's core gameplay mechanics, it speaks volumes of what the developer themselves think of their own product. Or their player base. Or Both.

Upon Monolith’s announcement that loot boxes would be included in Middle Earth: Shadow of War, I was surprised and filled with questions that led to disappointing answers. Inside Shadow of War’s loot boxes are the very orcs that made me fall in love with the first game in the series. The characters that I had loved interacting with time and time again, or had become my nemesis and bane of my existence were commodified. It’s a move that contradicts the nemesis system entirely, taking what was unique experiences that these characters made and cheapening them. Now Drax the Impaler isn’t the bane of my existence that so gloriously wove his way into my story. He’s a drop from a lootbox.

When looking for a reason as to why Monolith would undermine their own system, it’s hard to ignore the last twenty or so hours of Shadow of War, a repetitive grind to get the game's “true ending.” This grind can theoretically be hastened by spending money on loot boxes to easily obtain legendary gear or orcs to help you in your fight. It’s difficult to say this last section of Shadow of War wasn’t designed without loot boxes in mind. It’s a choice that says “our game is too long to play through, so why not buy your way through it?” 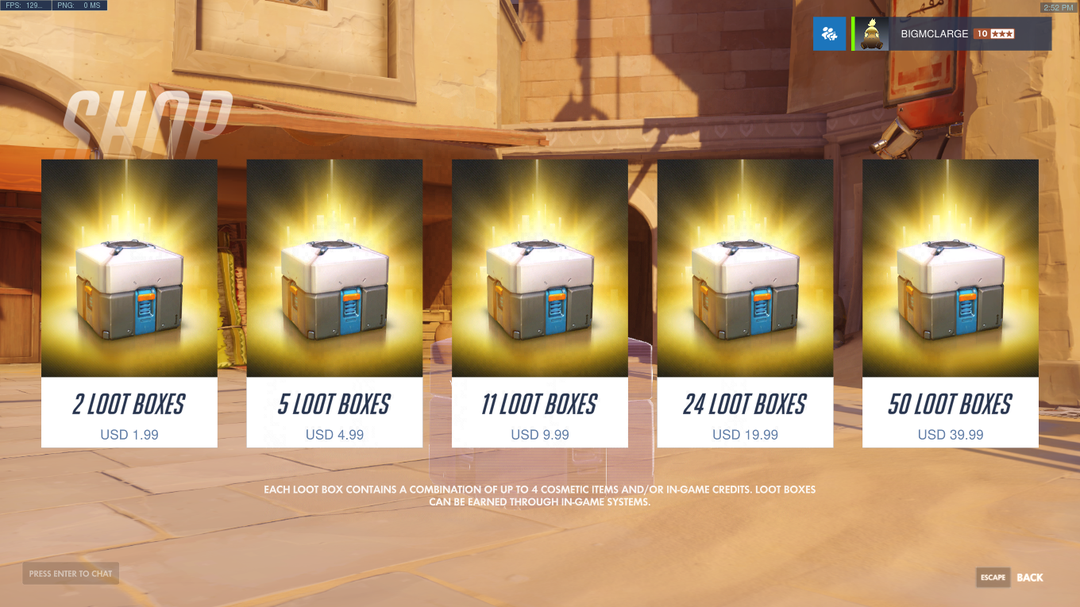 Loot boxes in Overwatch are a lesser evil, offering only cosmetics but locking them behind different times of the year.

At The Heart Of The Issue

In these two games, Star Wars Battlefront II and Middle Earth: Shadow of War, loot boxes play a large and largely unnecessary part. They are also not the only games at fault, as more and more seem to be taking this approach to loot boxes. It’s as if at some point the games industry collectively decided that loot boxes should be necessary rather than optional, these two $60 releases deciding to dilute their core experience for the chance to rake in some “whales,” or as they’re known in the mobile gaming industry, people willing to throw thousands of dollars at free to play mobile games. Oh, and it should go without mention that both of these games also have heaps of downloadable content that cost even more money still. It leaves me asking what major game developers and publishers see their fans as. In their eyes, are we the masses eager to buy a new and well made game, or wallets that need to be forced open?

I know one article won’t rid the games industry of one of its new money makers, but maybe I can at least suggest a more consumer-friendly approach. Specifically, the approach that free-to-play titles like Valve’s Team Fortress 2 take. Although TF2 first released with a price tag, Valve made the game free-to-play and then focused down on their loot crate system. Instead of packaging stronger weapons, Valve introduced new and mostly balanced weapons into the game, along with strange weapons that count kills and a slew of different cosmetics. I ended up caring about the cosmetics and buying loot crates because I genuinely enjoyed my time playing the game. 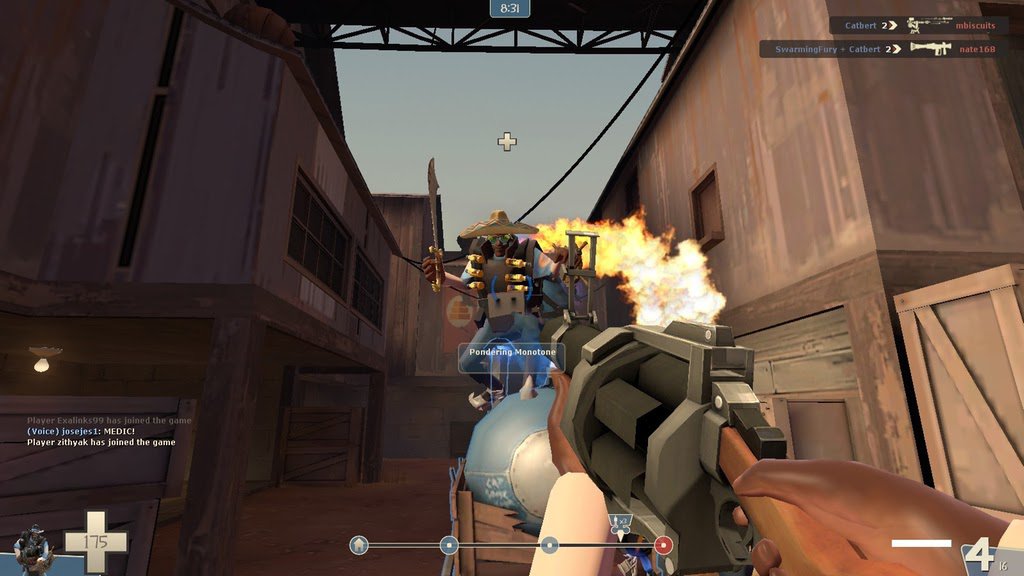 As a TF2 player, loot crates offered a bit of extra fun instead of being a necessity.

My message to developers is this, do as TF2 did when it comes to loot boxes. Develop a good game that people will enjoy playing, that’s what any of us are here to do anyway, and then develop a loot box system that doesn’t change the way that your game plays at all. If a review could be written the same whether or not your game has loot boxes, you’ve done it right.