How To Pad Out Games The Right Way

Why Is So Much Of Disgaea 5 Superfluous? 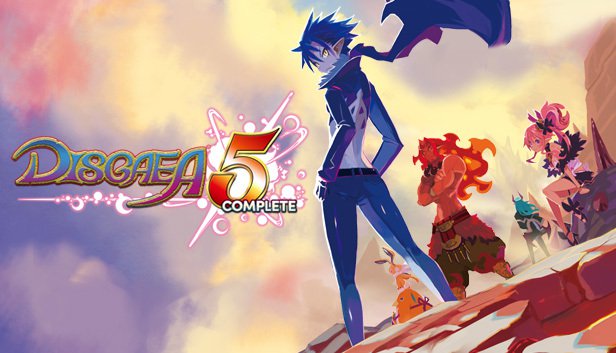 Since the early days of gaming, programmers have looked for ways to add extra playtime - and therefore perceived value - to their games. Many classic games did this by being unreasonably hard (though that was also partly a carryover from arcade games, where they were designed to eat your quarters). In more modern games, playtime can be padded out with anything from challenges to sandbox modes, from collectibles to - if you’re Disgaea - ways to experiment with how the game itself functions.

The Disgaea series is something of a cult classic. If you’re not familiar with it, Disgaea is a turn-based tactics game in the vein of Fire Emblem and Final Fantasy Tactics, but with a rather twisted sense of humor. In most games you play as a demon Overlord and his underlings fighting to conquer or overthrow other Overlords - either because you think you should be in charge, or because you’re trying to liberate the Netherworlds from a demon who’s just a bit too demonic. You play through a series of encounters, finally beat the Big Bad, and get your happy(?) ending. It’s fairly standard stuff. 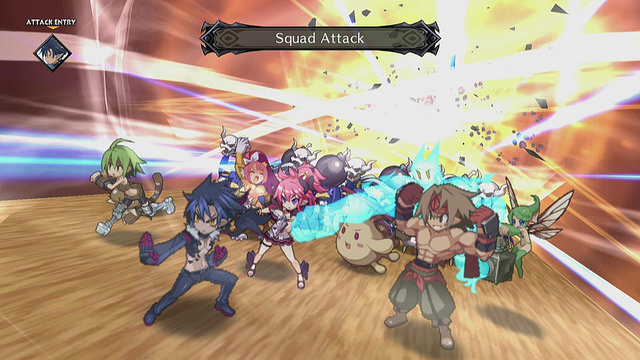 It's also anime as heck.

Here’s the thing though: Playing straight through the campaign is barely scratching the surface of what you can do in a Disgaea game. You’ll still get a complete story and what feels like a full gaming experience, but you’re missing out on the vast majority of the content.

It had been years since I’d played a Disgaea game. The last one I played was 3, which came out in 2008, so I’d forgotten the sheer amount of stuff that Nippon Ichi Software packs into them.

You can grind through endless levels in the Item World to buff your weak items or make your best ones even stronger. You can push agendas through the Strategy Assembly; anything from better items in the shop, to new hireable classes, to filling your home base with Prinnies (if you wanted to do that for some reason). You can interrogate prisoners, go shopping, create new characters, send out away teams to plunder other Netherworlds, make curry (yes, really), manage squads, manage Innocents (spirits that live inside items and boost their stats), and that’s not even all of it.

You can raise and customize a character up to level 9999 (that’s four 9s), then reincarnate to do it all over again with hugely increased stats. If all your tinkering gets you a party that’s a bit too powerful - my Red Magnus could solo the whole game at this point - you just go to the Cheat Shop and turn up the difficulty. If you get frustrated, you can turn it back down to zero and enjoy steamrolling the level you were stuck on. You certainly don’t need to do that, but it’s the same principle as a clicker game: people enjoy seeing numbers go up. 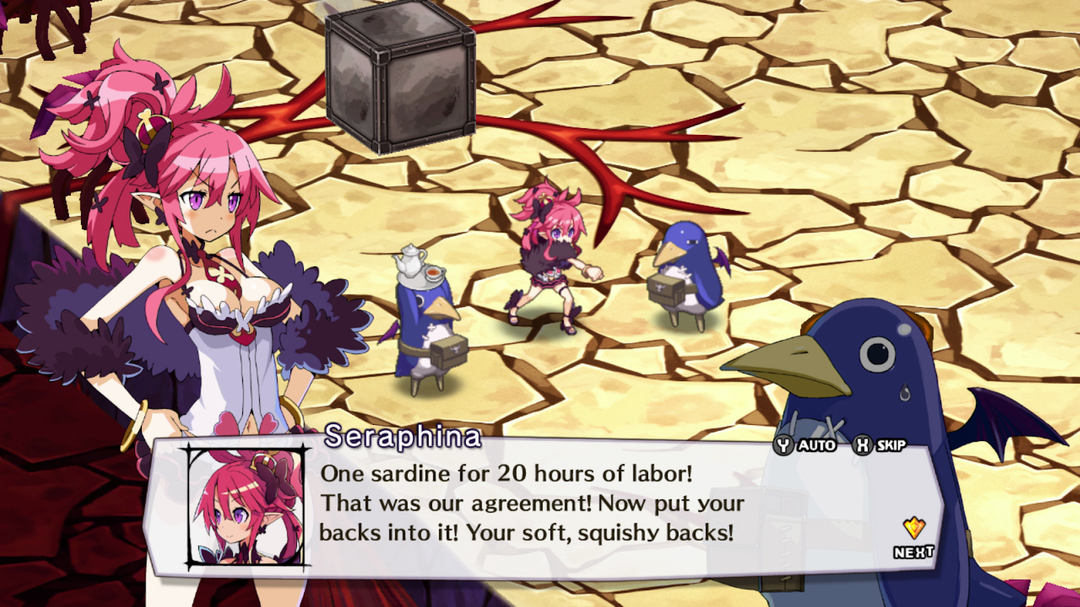 Yeah, one sardine for 20 hours is about what you seem to get sometimes.

There’s a lot to do, and the real kicker is most of it is unnecessary. You can beat the game without doing any of the stuff I just listed off. So why is it there?

A Solid Core With A Lot Of Icing

A game where you can safely ignore 95% of the content must have been badly designed, right? Well, the [redacted] hours that I’ve sunk into Disgaea 5 in the last month would beg to differ. The key is something that I said in the previous section: You’ll still get a complete story and what feels like a full gaming experience, even if you don’t do anything besides the campaign. 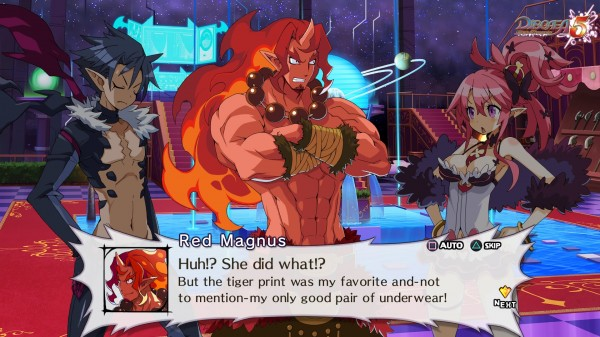 Like many of the best games, Red Magnus likes to stick to the basics.

Disgaea starts with a complete, if rather basic, tactics game and then builds a ludicrous amount of other stuff around it. It all works because of that strong foundation. You can mess around as much or as little as you want to without compromising the core gameplay - in fact, it just makes the battles more fun. But again, if you don’t need to use all these extras, why even have them?

Because when you’re playing Disgaea, the intent isn’t just to finish it. Obviously the point of most games is to have fun playing them, but Disgaea 5 takes it a step further. You could spend a hundred hours or more doing things that don’t affect the outcome of the game, but are just there for fun. It occupies a strange space between a sandbox experience like Minecraft and a more traditional game like… well, most other games.

The most interesting part is that it really does work. All of this extra content doesn’t come off as fluff or filler like, for example, the challenge mode in Mega Man 11. But why? What makes this unneeded content feel more like part of the game rather than a tacked-on addition? 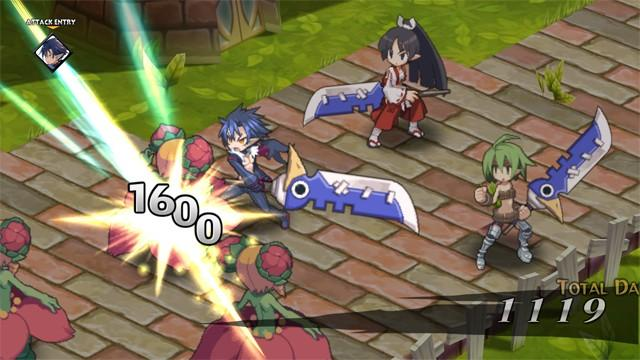 Although a turn-based tactics game may be the ideal foundation for it. A jump-and-shoot? Not so much.

The difference is that Disgaea rewards you for using its other systems. Going to the item world makes your equipment stronger, prisoners can become your allies or be used to strengthen your Netherworld’s abilities, even the curry gives you extra effects in battle. Additionally, it’s all part of the same experience; you don’t have to leave the main game and go into a different menu to use the content in Disgaea, so it doesn’t have that feeling of separation from the core content.

That’s not to say that Mega Man was wrong to use a challenge mode the way it did. Mega Man wouldn’t work with Disgaea’s metagaming mechanics; it’s about skill and patterns, not leveling up and tweaking the systems.

Note: I did brainstorm some other ideas for Mega Man though - read my thoughts here.

Still, the Disgaea series is an absolute masterclass in how to pad a game without making it feel like padding. It’s a unique but effective design, and it makes for a fascinating study both of game mechanics and how to keep players invested. If you just play to win, Disgaea 5 is maybe a 15-20 hour game. If you play to play, to explore and tweak and experience everything the game offers, you’ll find yourself like me, wondering where the last hundred hours went.