Life skills I've learned from The Binding of Isaac 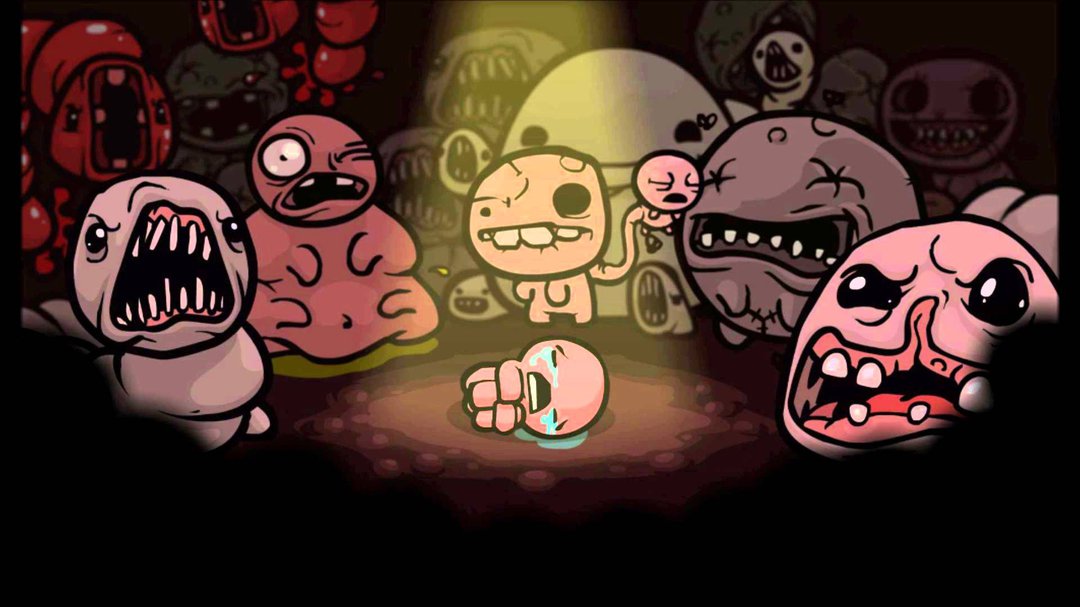 In many roguelikes, your actions have drastic consequences. Every choice counts, often because it could change your entire game, mostly due to the threat of permadeath. After even a few minutes of play, the stakes become exponentially higher as the player becomes more invested in a character build that is uniquely theirs: something guaranteed to be randomly generated, unique to that specific play session.

I have lost countless hours to both The Binding of Isaac and its sequel/remake, The Binding of Isaac: Rebirth. Like many other rogue-likes, its pleasure is derived from playing it over and over again. Each play-through has a chance to be unique because everything, from bosses to dungeon layouts and item pickups, is randomly generated. Being someone who's dumped at least 200 hours total into both versions of Isaac, I have a knowledge of this game akin to what some of my friends know about wrestling: gibberish to most, but often vastly complex. This information is pretty much useless to know unless you're an Isaac player or a game designer, yet I happen to know exactly which severed limbs of Guppy the cat give Isaac what abilities.

Oh, I may have forgotten to mention Isaac's morbid sense of humor. One tends to glaze over these facts after playing for so long. 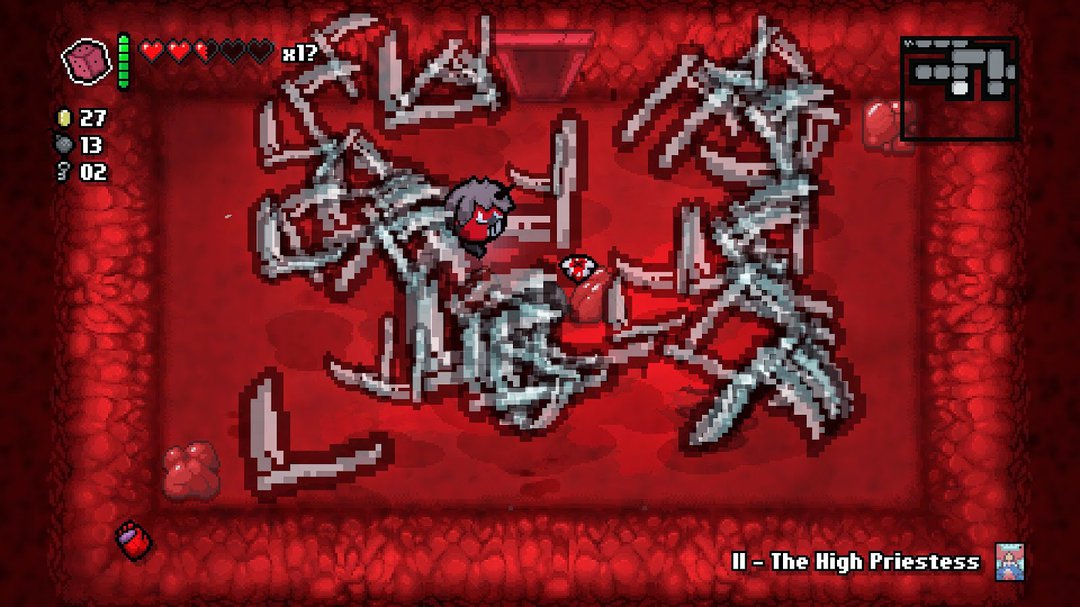 What can happen when you reach your full Isaac potential.

Strangely enough, I've started to notice that the way I think about this game does often apply to real life. In some ways, playing Isaac has made me a better person. In other ways, it makes me not flinch at the idea of playing as a flying naked baby vomiting blood lasers onto flies, zombies and poop. Everything has a tradeoff, I guess.

Some of Rebirth's unlocks require running through the game under a certain time limit with every character. While the game can simply be run through blindly, More skilled players would be capable of knowing all the game's little tricks - both ones that benefit the player and risks that must be taken for the sake of time. Some choices must be made on the fly: sometimes you don't remember what an item does, or if the next room you enter will kill you. Sometimes you have to balance whether or not making a deal with the devil is worth sacrificing most of your health: say you pick up the ability to fly, but that ability costs you all but one of your heart containers. Do you take the risk, taking into account how much of a defensive advantage flight gives? Or, do you play it safe and turn down the opportunity so you're not vulnerable to dying in one hit?

Don't think too hard about it, you're wasting valuable time.

Don't get too attached to any one project

Even if you're not trying to clear the game quickly, it's probably not good to dwell too long on any one run. Consider this: What's more painful of a loss: dying after making it to the sixth floor in only twenty minutes, or dying after an hour and a half of meticulously searching every room til you're overloaded with money you can't use - only to die on floor seven? Every run has it's own chance to be unique. Cherish it while you can, because it can end when you least expect it. But don't worry, you're a button press away from doing it again!

I find this thought process applies a lot to my personal programming projects. Sometimes I'll spend hours tweaking the tiniest details on a website, hoping to get it perfect. Instead I end up missing my deadline, unsatisfied with the end result. Even with all off the flashiest details in the world, a website doesn't mean much if it's not finished and functional. Sometimes you have to realize looking for every secret room isn't as important if it means never getting to the boss. Which option sounds more fun? 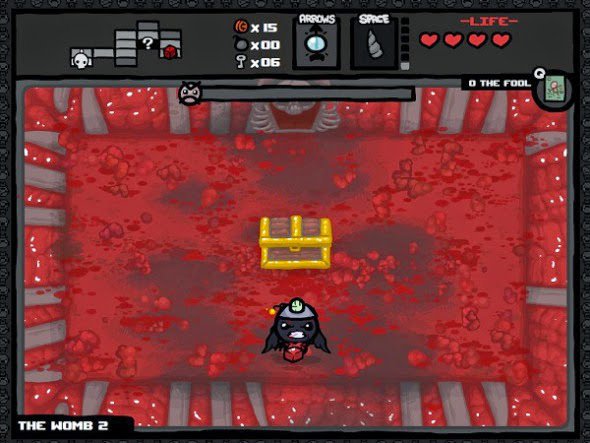 Sometimes you just have to play the hand you're given

Many an Isaac player has had a day where they've restarted the game repeatedly after picking up their first item. The hope is that you'll find an amazing item in the first room, and use it to carry yourself to an easy win. However, many get impatient and keep restarting over and over for the tiniest things. Who knows how many runs I've given up right before a room that would have given me something obnoxiously powerful?

Remember, every room has the potential to be awesome around every corner. New item combinations mean unique ways to fight, which may be fun even if they aren't powerful. There's always a chance that one item room can change your entire run, so why start over when you could just keep pushing forward? Don't give up on something before you've seen it's full potential.

Be mindful of your environment

There are days where it's easy to go through life passively, not thinking about the choices we make just to get by. Do you let the mechanic tell you they fixed your car, or ask how they fixed it and learn from it? Do you think about the contents of the food you eat, or just eat when you're hungry?

Because of the random generation in Isaac, every item holds potential weight. Passively pick up a bunch of items and you'll have no idea why they're synergizing the way they are. Pay attention to your abilities every step of the way, and you'll have more information under your belt going into your next run. This is especially important once the D6 comes into play. The D6 allows you to reroll any item you come across so your mindset changes from "What does this item do?" to "How does this item fit my build? Are there any items I can synergize with it down the road? Do I have a better chance spending one of my limited rolls to get another item? Will that item be worse?" Take into account where you are and you'll also realize questions like "What item pool am I rerolling from? Am I better off spending this roll in an item room, or a devil room where I can go for something specific?"

Understand all the options you have, and you'll be able to make more informed choices. There's always a better way to do something, you just have to think about it for a bit. It's a common saying among programmers that code you wrote last month should always look worse to you than it did when you wrote it. As a professional problem solver, it's your job to constantly be iterating, learning, and improving. If you can't figure out how to do something more efficiently the second time you do it, you weren't paying attention to yourself the first time. 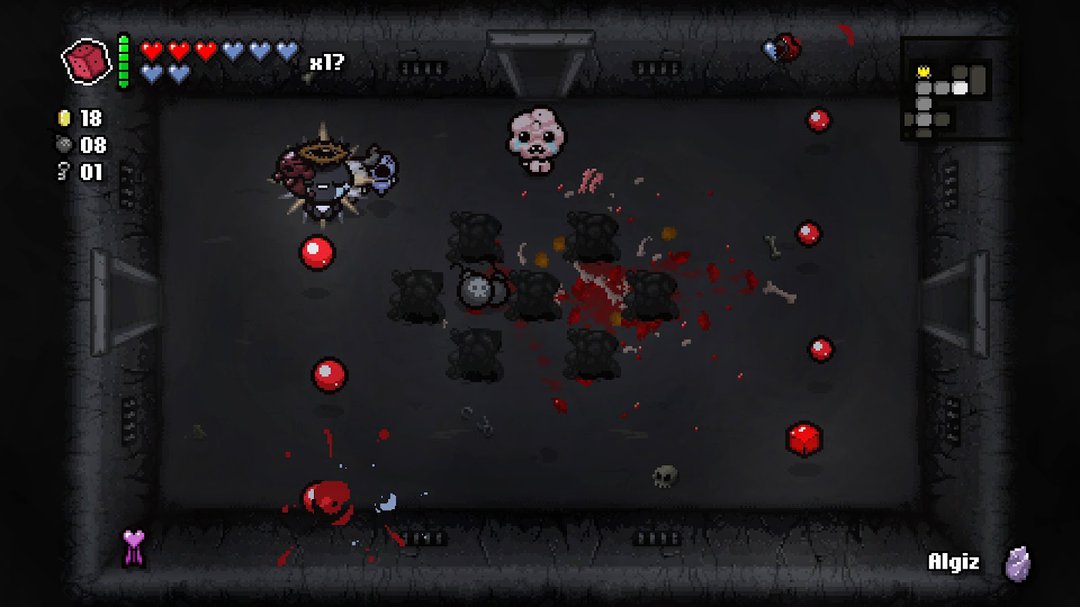 To me, every game is a giant puzzle; It's an exercise for your brain to think abstractly and solve problems you normally wouldn't have to in real life. Even if my encyclopedic knowledge of Isaac feels like a waste of brain space, I know that if I'm more mindful of my all my choices and snap decisions, I can become a better person overall from it. Maybe it's just the fact that I'm a programmer, but I find problem solving to be one of the most valuable skills you can have, especially if you stretch that problem-solving muscle with a game every now and then. Worlds of fantasy can influence reality, so why not make that something positive? Life is a roguelike, after all: whether you make mistakes or not, there's no reload button.