The Winter Event Of the SCA 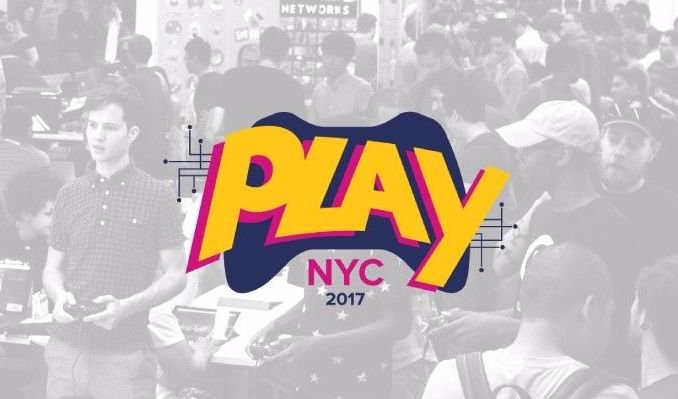 The SCA (Society For Creative Anachronism) is a group of medieval reenactors with chapters all over the world and an estimated 30,000 members. It’s essentially an enormous LARP, though some SCAdians wouldn’t appreciate that comparison. I’m becoming more active within the Society and will be keeping a journal about my experiences, writing as my SCA persona. This event is the closest thing the Society has to a typical convention, so it’s a good place to start.

Hello! I am Eberhard Schwarz, MKA (Modernly Known As) Eric Henn. I’m a fencer hailing from the shire of Coill Tuar - that’s pronounced “coal twar” - in the East Kingdom. I recently attended this year’s Market Day at Birka, which is by far the kingdom’s largest shopping event. 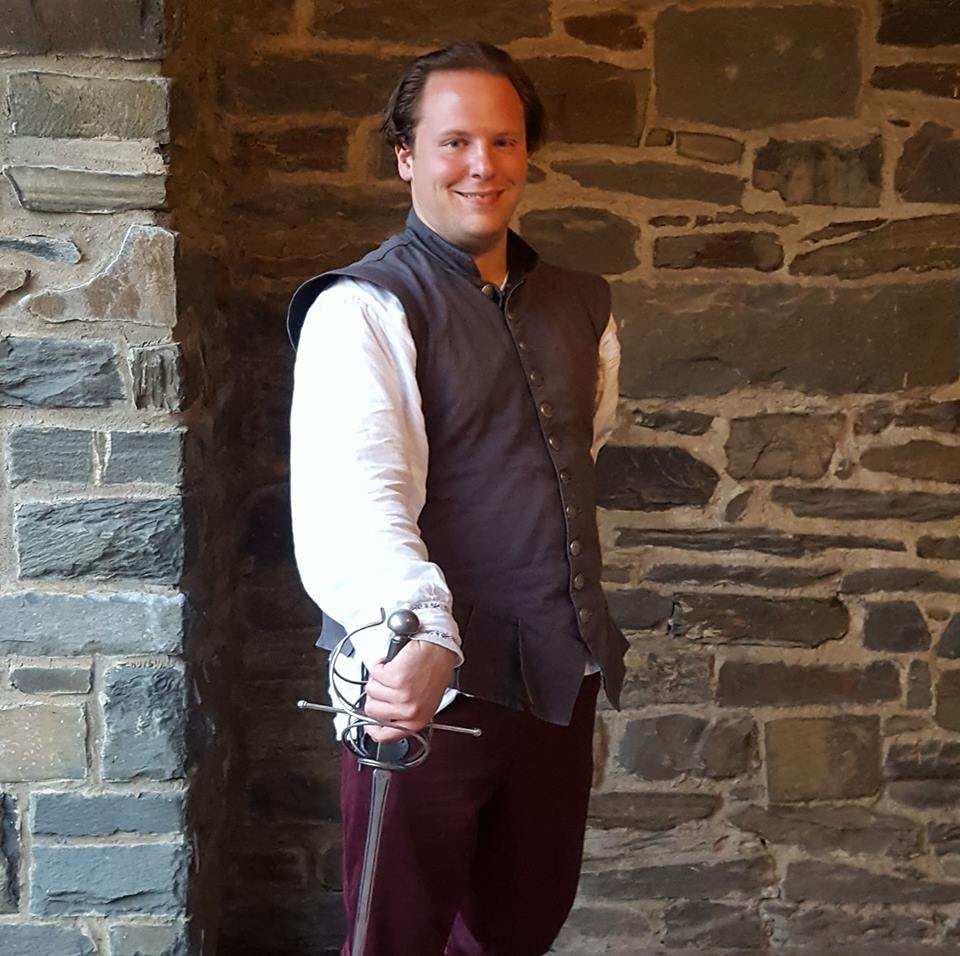 Despite the name of the event, the market is not the only attraction at Birka. I, of course, was primarily interested in fencing. The fencing began in the morning and only ran until early afternoon, so that was my first stop.

Large events like this one are a great opportunity to cross blades with many different opponents, from novices to masters, and I was excited to test myself against them. I am still fairly new myself, having joined the Society just a couple of years ago and only authorized to fence for slightly over a year. Matching that against opponents with decades of practice is a humbling experience, but also an excellent chance to learn. 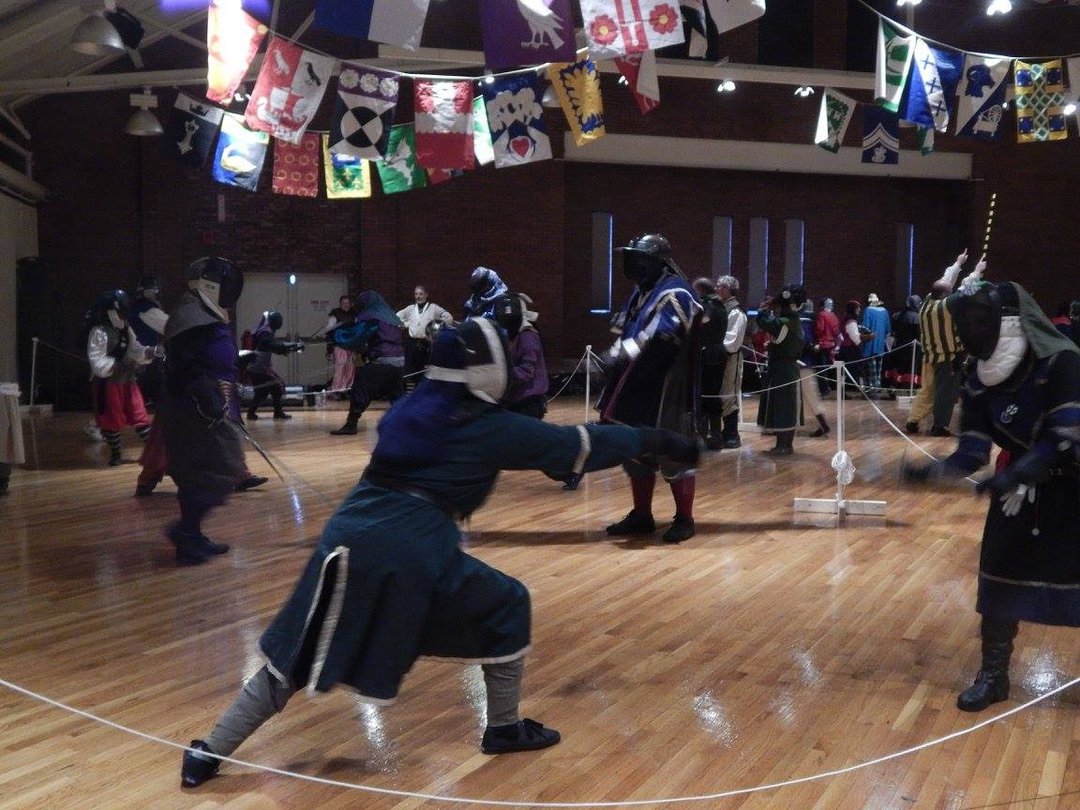 A glimpse of the action. There IS a sword in that fencer’s hand, but we’re too fast for mere cameras.

Naturally, the biggest attraction at the Market Day at Birka is, well, the market. Vendors come from all over the known world to sell wares ranging from handmade clothes, to weapons and armor, to homemade mead and instructions on how to brew your own. I bought myself a new gorget because the one I had was much too big for me - I’m used to being considered a large, but by fighter standards I’m a solid medium. I also picked up a new cloak for cold weather. Sadly, I was not able to find any proper tights to complete my fencing outfit, so I’ll have to keep making do with this strange modern garment called “workout pants.”

On second thought, it’s probably better for everyone that I couldn’t find any tights.

That’s just scratching the surface of what was available at the market. There were tables upon tables of books, handmade jewelry and crafts, yarns, fabrics, and much more. There was even a vendor selling board games. There were many other activities to fill the day but, if you were so inclined, you could easily spend the whole day just walking around the market and looking at all of the different wares.

That concludes what I did personally, and I am somewhat disappointed that I didn’t get out to see some of the other attractions. They had heavy fighting at the same time as the fencing, where those so inclined can suit up in armor and fight with heavy rattan weapons. I’ve actually tried heavy before and found that it didn’t come very naturally to me, but I would like to pick it up again. There was a fashion show for members of the populace to show off what they've created, as many do make their own garb. There was a showcase of Middle Eastern dancing, and there were a variety of classes and meetings to explore other interests ranging from knitting to horsemanship. As I become more established and settled in my role as an East Kingdom fencer, I do intend to branch out into other interests and hobbies. I look forward to writing about those in future entries!

I hope you’ve enjoyed this brief introduction to myself and to the Society. Until next time, farewell!

Edit: This article incorrectly stated that the fashion show was for vendors to show their wares. Rather, it was for SCA members to show off their outfits.