This is part #4 of an ongoing series, Maxi's Journal. It is an in-character retelling of the events of a Pathfinder campaign I am running during our local board game bar nights. You can find part #1 here, part #2 here, and part #3 over here. Enjoy!

Today’s mission was unexpected in more ways than one. Salysisiania Greentoes (Sally for short), a gnome who studies at the Rosalian Academy of Magic, contracted Dragon Wing to escort her while she studied the remains of an orcish encampment down near the southern border of Azalea.

A contingent of royal guards, led by one Captain Highwind, had recently dispersed the encampment, but rumors said that the orcs had been using a lot of nature magic. Orcs are not generally magically inclined, and those that do become competent spellcasters tend to quickly rise to positions of power. Having so many casters used as mere raiders would be extremely unusual, so Sally wanted to investigate what remained of the camp as part of a research project or somesuch.

Vendethiel - the elf cleric from the previous entry - took the quest, joined by two new members: a human paladin named Seelah, and Reiko, a human ninja with the strangest weapon I’ve ever seen (it’s a chain with something akin to a sickle on one end and a heavy ball on the other). Talk about your exotic weapon proficiency.

The three of them took the main road south from Amaranth to Rosalia. The road is well-traveled and fairly safe, and that leg of the trip passed without incident. They met Sally at the Rosalian Academy and continued south toward where the orcs had been.

Because nothing can ever be simple, about halfway to the camp they were set upon by a group of goblins. Quite unlike the encounter from my previous entry, the goblins gave them a great deal of trouble; they claim that the goblins got a lot of “lucky” hits. Reiko, who evidently needs some practice with the concept of staying unnoticed and not presenting a target, lost consciousness twice during the battle. Seelah, who boldly stepped forward to take the brunt of the attacks, also fell. Luckily they were kept from death by Vendethiel, who had a full time job healing them as the goblins attacked. 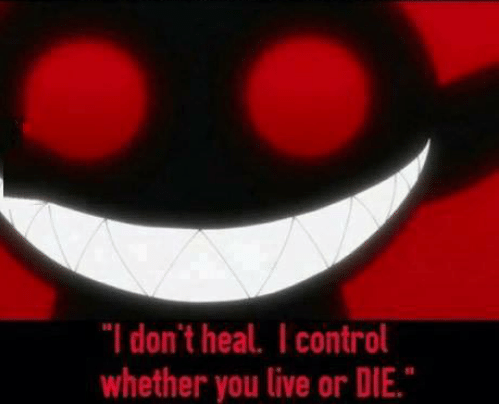 Vendethiel, after her third time reviving someone (artist’s rendering).

Things looked bad until Reiko shouted for Sally and demanded to know whether there was anything she could do to help. Sally suddenly remembered that she did, in fact, carry a Wand of Magic Missile for just such occasions. With some arcane firepower on their side, the party was able to mop up the remaining goblins and continue on their way.

The group reached the battlefield, or what remained of it, without running into any more problems. The ground was torn up from the fighting, but the main feature was a large pile of burned bodies, tents, weapons, and supplies. The stench, they tell me, was indescribable. The group spread out and began searching, but it looked like anything of value had already been either looted or destroyed.

Seelah eventually found something that seemed out of place: a long and sharp splinter of wood, which she suspected may have been from a Wooden Fist spell. Sally confirmed that the type of wood was native to the Badlands, but not found this far north. It seems that they found their confirmation that the orcs were using nature magic.

When scouring the field led to no further discoveries, the group steeled itself to start poking through the burned pile. They didn’t get very far before Reiko felt a tremor running through the ground. She called out a warning just in time for them to avoid being ambushed as a berserk earth elemental erupted from the ground.

It was a small elemental, but still quite dangerous. Ironically, though, they dispatched it with much greater ease than the goblin party from the previous day. Sally remembered that she had a wand this time, and the others were able to keep the elemental tied up in melee combat. They defeated it rather quickly.

They found two things of interest in the burned pile: a broken elemental gem, left behind after they destroyed the earth elemental, and a mostly destroyed journal. The gem was interesting as it had been set up as a trap, triggered only when the party stumbled across it. I didn’t think that elemental gems could be used that way - usually the summoner needs to be nearby to give the creature orders.

The journal, however, was more interesting by far. We know that orcs have a crude written language, but they’ve never been known to keep books like this one. Sally deciphered what she could, but it needs a great deal of restoration before she’ll be able to get much out of it. All she discovered was that this raiding party had come up north and encountered a woman that the journal called “the goddess.” They fought this “goddess,” but were easily defeated. She then offered them power. 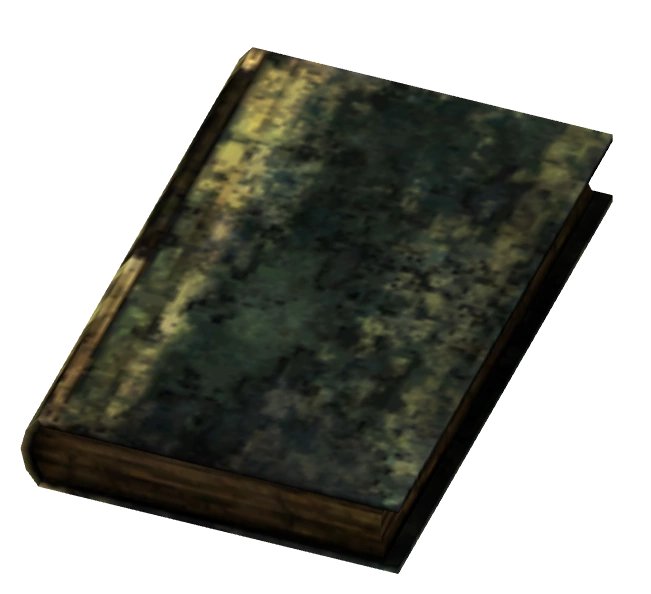 It probably didn’t look exactly like this, but fairly close.

Truth be told, I have no idea what to make of this. I dearly hope that the orcs just ate some bad mushrooms. We have enough on our plates already, with the lich of Greensfeld liable to awake at any moment, and the last thing we need is some “goddess” running around with out-of-control earth elementals.

If there’s one lesson to take away from this, it’s to make sure you keep track of all of your resources. Reiko eschewed her ninja tricks for basic melee combat and paid dearly for it, while Sally forgetting about her wand nearly cost the entire party their lives. I wonder what resources of my own I haven’t considered.

I’ll write another entry soon, assuming that I’m still alive. Gods be with us all.