Nintendo Labo:
So Weird it's Smart, I Think

What’s In The Card(board)s For Nintendo’s Latest Invention? 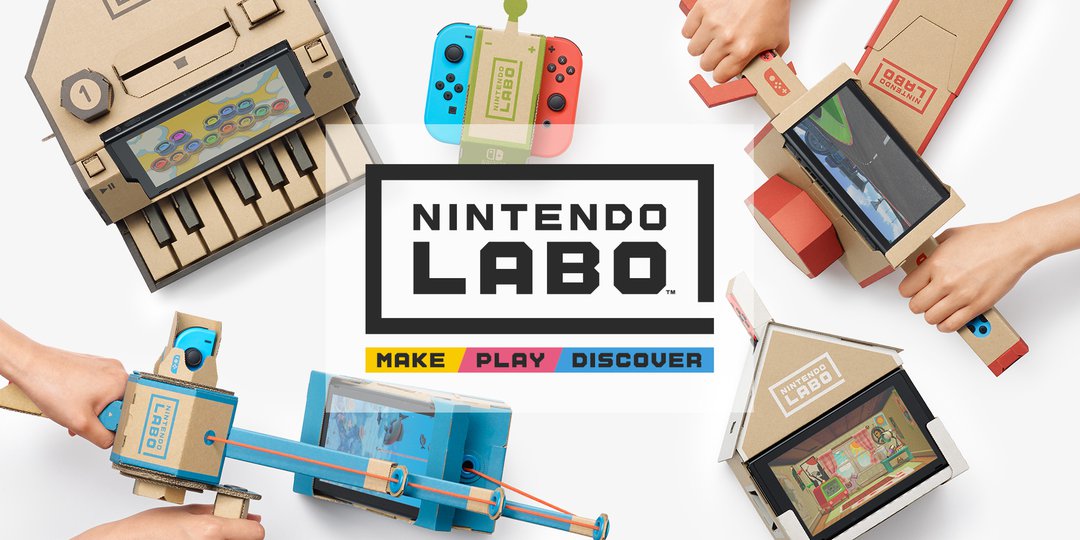 If you’re anything like me, watching the announcement for the Nintendo Labo a few weeks ago filled you with questions: what the heck is this thing, why is this happening, and how well does it work? Since then, some of these questions have been answered with varying degrees of thoroughness.

I’m very familiar with the inverted pyramid, so to start off, it’s going to cost $69.99 and will be released on April 20, 2018. Plenty of jokes have already been made, but the sheer absurdity of these numbers being the real price and release date can never truly be captured. Curious as to why? Read on. 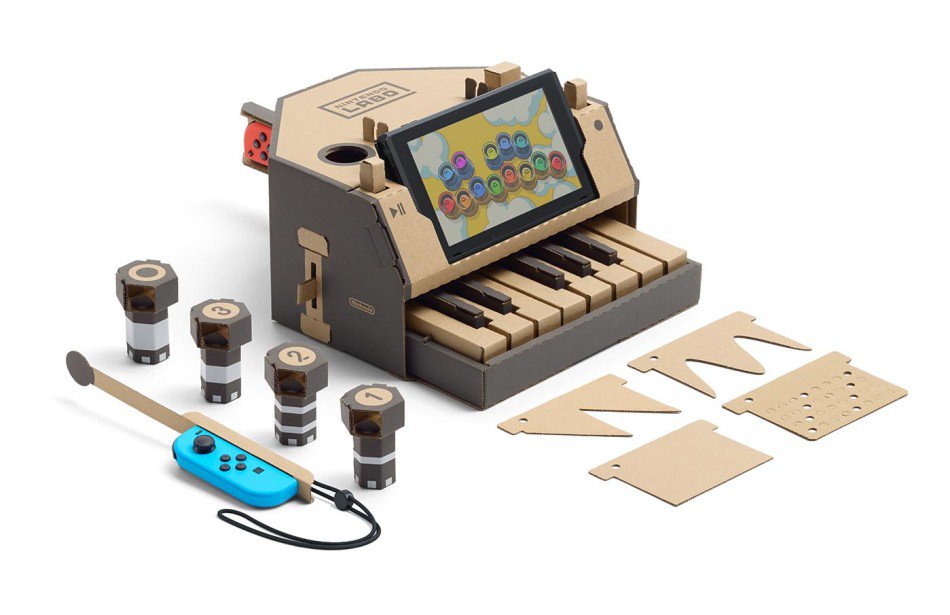 Yes, it actually looks exactly like a piano when you set out to assemble one.

The Labo is a cardboard modular accessory for the Nintendo Switch. That’s right. Cardboard. It allows you to alter the way you play by transforming the Switch’s Joy-Cons into Toy-Cons, folding up various devices or wearables and slotting in the tech, essentially allowing you to create new controllers for the system.

You could buy a Labo even if you don’t own a switch if playing with cardboard, stickers, strings, and rubber bands just for the sake of it is your thing. 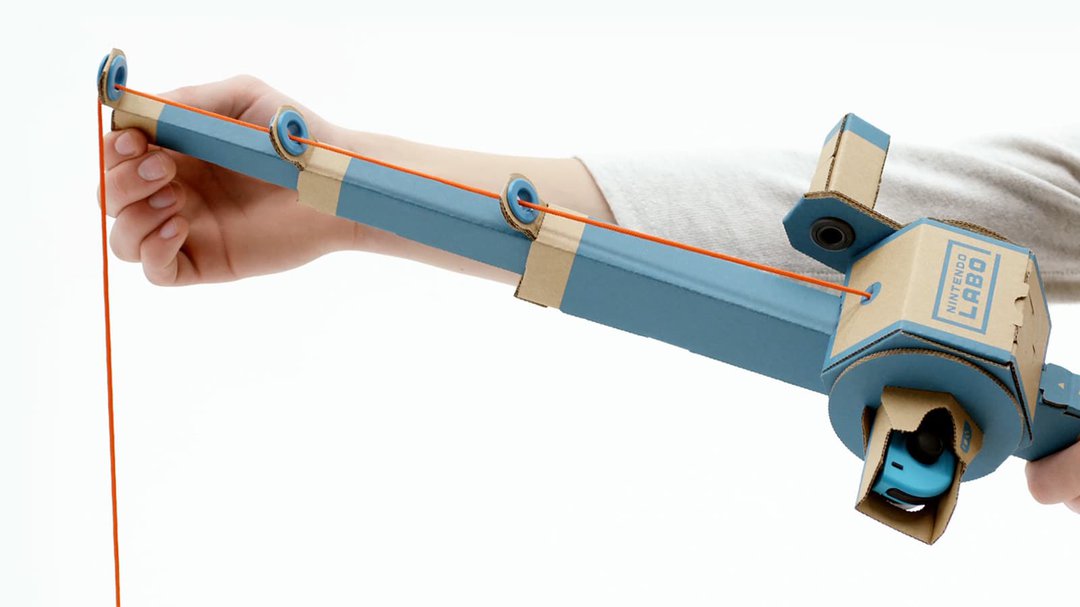 Eat your heart out, VR!

While the designs are all premade, you still have to build these yourself. Both kits come with a game specifically designed to be used with the Toy-Con projects it comes with. The robot one will cost an extra $10.

More importantly, there will also be a customization kit for $9.99 that includes stickers, stencils, and tape so you can slap some Mario eyes or your name onto your Toy-Con. 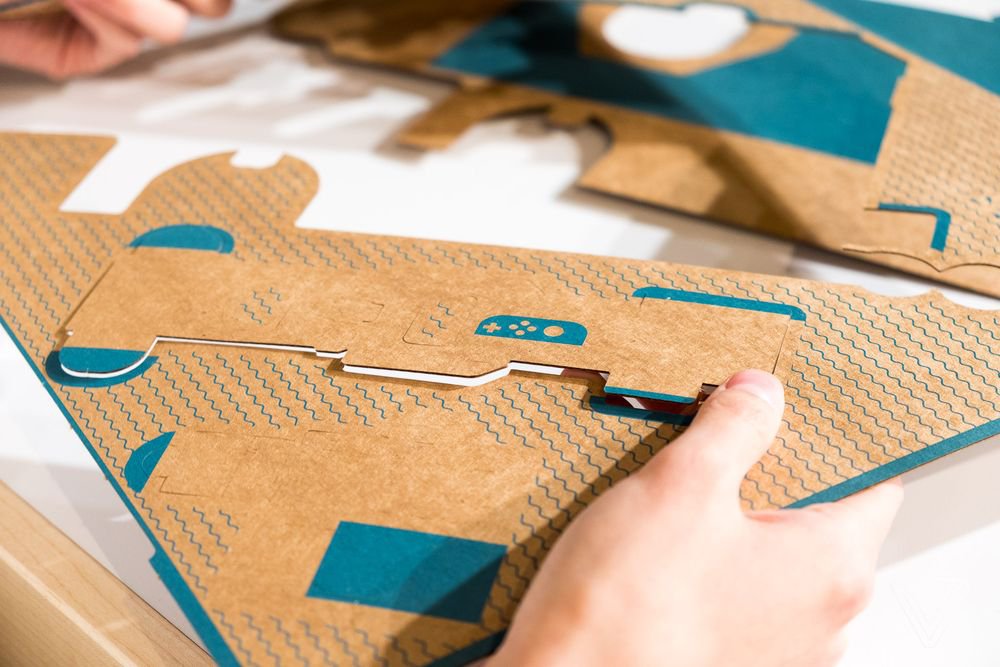 I don’t know, to make money?

Truthfully, I’ve never seen something like this. Nintendo’s history proves it clearly isn’t afraid to break away from the pack, even if you just look at the past 12 years. Bizarre controllers, unconventional systems, it’s all in Nintendo’s repertoire.

Some of these risks haven’t panned out, but I get a different feeling from the Labo. Of course, this is an accessory for a console that’s already proven to be very successful, so it’s not the biggest risk that could’ve been taken, and that helps.

Still, most people are feeling a type of energy surrounding this thing. It’s a kind of confusing one, but energy nonetheless. 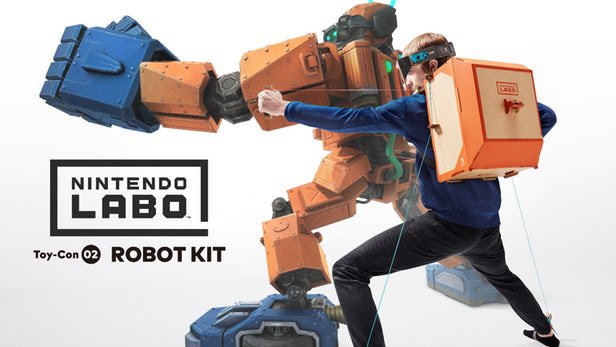 Who hasn't wanted to be a giant robot at some point in their life?

How Well It Works

Having never used it myself, I’m gonna have to rely on the word on Kotaku’s Stephen Totilo.

As suspected, you have to build just about everything from scratch. Depending on what Toy-Con you’re making, the amount of time it’s going to take can vary quite a bit. Regardless, you’ll have to sink some time into Labo beyond playing games with it.

At least it’ll come with instructions.

Once it’s actually put together, everything feels pretty good. Each Toy-Con actually adds something unique to the games they’re paired with instead of feeling like an unnecessary add-on.

Overall, the Labo seems like it works pretty well.

With the limited catalogue of Switch games designed to be used with the Labo, it’s not totally clear how worth the purchase it’ll be, especially the Robot Kit with its one game.

Each premade Labo project has a specific game that it’s paired with, but so far that’s only two games and six premade Toy-Con designs. How long will this last us? Even if Nintendo puts out the occasional game designed to be used with Labo, chances are people are going to be burning through them, leaving themselves with the same fishing game to play over and over.

Instead of risking this, Nintendo could start keeping the Labo in mind for future releases that aren’t specifically designed to be used with it. Maybe throw in some race tracks for Mario and Zelda to race their RC cars on.

What’s the appropriate level for Nintendo to cater to Labo owners in this way? There doesn’t seem to be a clear answer to this. On one hand, the clear implementation of systems specifically designed for Labo owners could be annoying to those that don’t own it. You can only put a fishing minigame in so many games. On the other hand, having a Labo with no reason to use it is just as frustrating, if not more so.

All of these considerations might ultimately be moot, because when it comes down to it, this burden doesn’t fall on Nintendo, but rather the player. With the ability to create seemingly whatever kind of Toy-Con you could imagine, there’s no way Nintendo could properly prepare. Ultimately, the cost-effectiveness of the Labo comes down to its owner’s creativity.

If Nintendo makes good on the Labo’s configurability, that is. 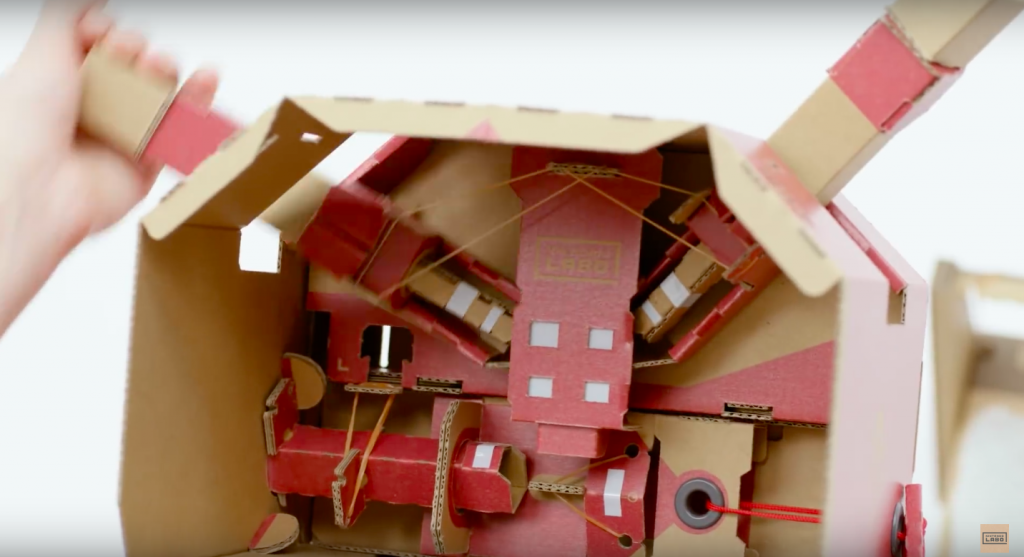 Here you can see some of the inner workings of well-placed cardboard and rubberbands.

The Labo is a crazy idea, one only Nintendo would be a capable of. Whether it’s a good or bad idea, genius or ridiculous, I can’t say. It’s just too early.

I can say that it’s a cool idea, though. It’s also blatantly marketed to kids. If dressing like a robot to knock down buildings in a video game doesn’t convince children to hound their parents for a Labo, I don’t know what will.

Plus, Switch sales have also already surpassed the Wii U, so we know there are plenty of people who could theoretically buy this thing. Many probably will, while many more eyes are upon them, watching, possibly waiting, for their turn.

No matter how this goes, stay Nintendo, Nintendo.