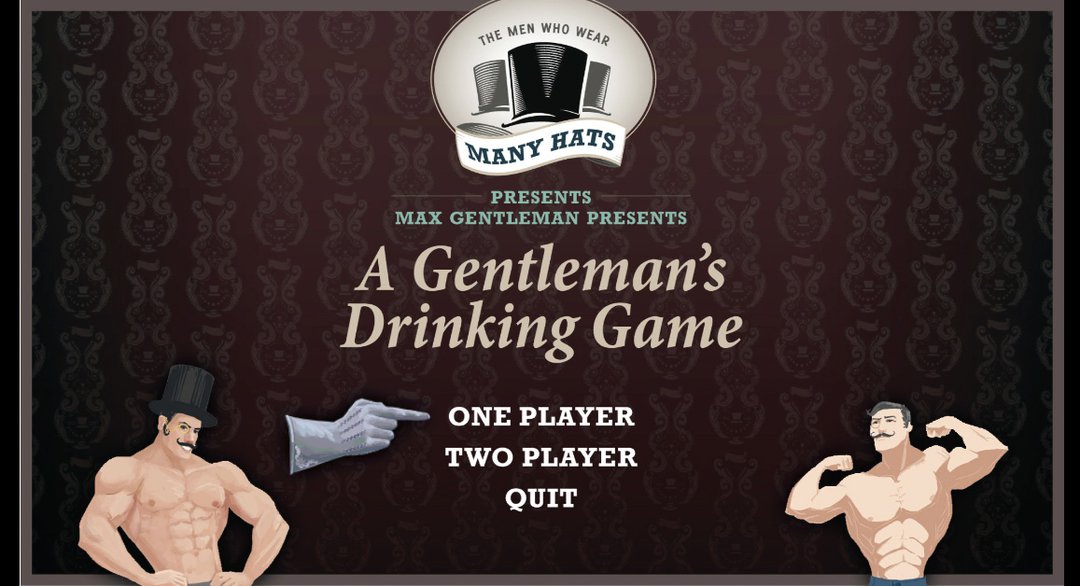 It's been a while since I've played something that felt genuinely like an arcade game. The Men Who Wear Many Hats' Max Gentleman Presents: A Gentleman's Drinking Game brings back that drive to keep playing again for the high score with very little, and it works well. The title, however, is anything but simple. But hey, what's in a name anyway? 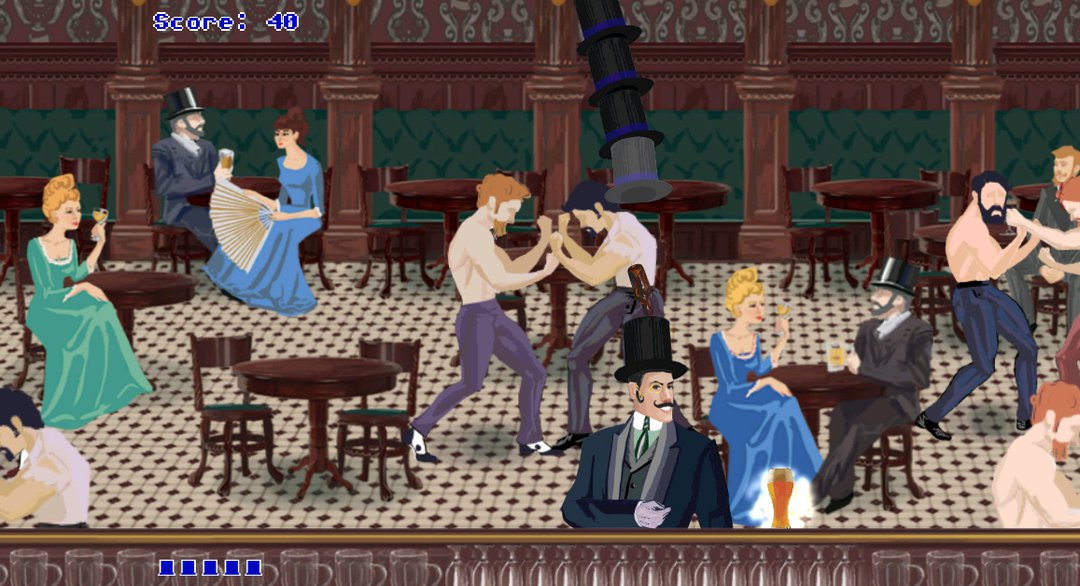 Nothing out of the ordinary here.

For a game with rather simple mechanics, it presents itself in a very interesting world. Imagine an alternate version of the early 1900's, full of burly gentlemen with good manners. The game takes place in the midst of a bar fight between such gentlemen, and the player is tasked with picking up a drink or twenty as beer bottles fly above their head in various directions. For every beer collected, another hat appears on the player's head. The player must then select a hat to hop over the beer bottles flying in the air, while still moving back and forth to collect the beers on the counter. The more hats you have, the more points you collect per beer.

Just like how Pac-Man players develop techniques for outmaneuvering ghosts, I saw players develop interesting techniques for avoiding bottles. A habit I personally developed was to move my character towards the beers as I was hopping over them in order to move across the screen more quickly and nab a drink before racing to hop over another bottle. For a game this simple, it has a surprising amount of depth, which can't be said for a lot of simple mobile games these days. 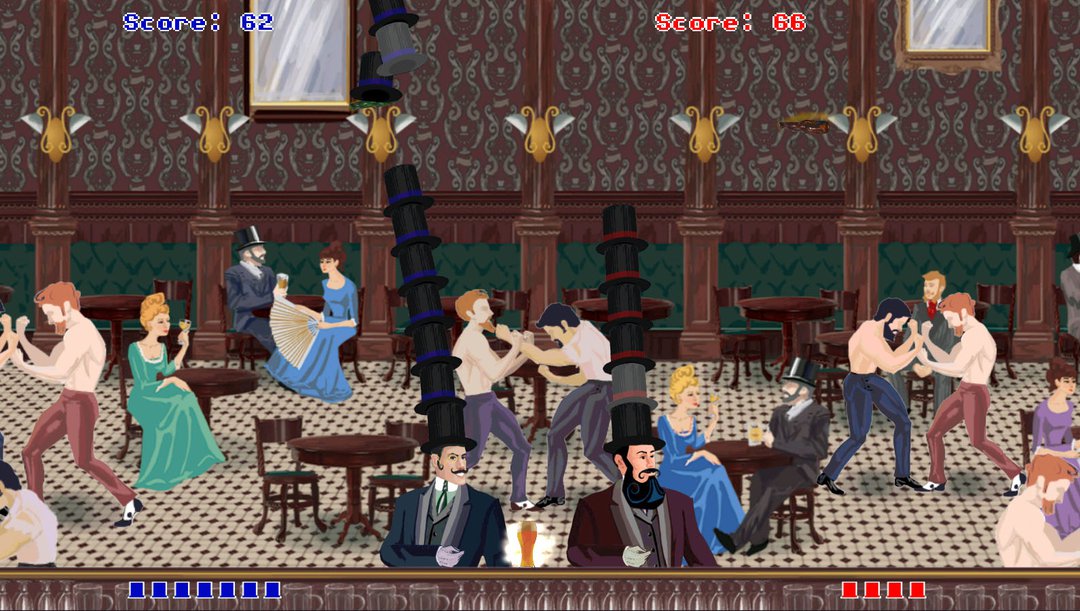 Originally made during a game jam for the Indie City Arcade cabinet, Max Gentlemen was ported to the iPad for the purposes of running it on an iCade at PAX. In his PAX recap, Ryan of Hats mentioned just how popular the game was.

"We have a lot of people coming back to try and get the high-score and a lot of people asking us where they could buy the game. So, in light of that, we’re looking into making a “free” version to put out fairly soon."

I was one of those people, and I would have been ready to drop money right away if there was an Android version available. As there are no official plans for any specific ports or release dates yet, I guess I'll have to pass the time playing Organ Trail until we hear more about it.