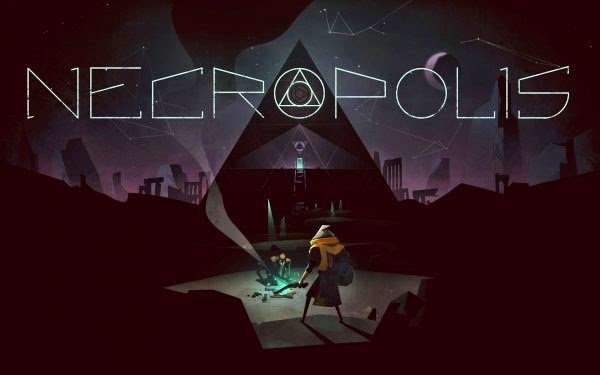 Back during PAX, Wyatt and I got to sit down and play a few rounds of an in-development title called Necropolis. The game, from developer Harebrained Schemes, is essentially a classic Rogue-like dungeon crawler; the difference comes in the modern twists to the formula, and a beautiful art style that you can't look away from. There are a lot of elements that give the game a mash up feel, but the combination of ideas already come together into something new and interesting. Harebrained schemes has a very clear vision of what they're going for with Necropolis, and we are all going to benefit from that as we die repeatedly in their new game.

Our time demoing Necropolis dropped us into the game with almost no introduction, sort of setting the stage for what was going to come. While there was a chance to choose your player from one of several clans, there didn't seem to be any discernible differences between them. The developer walking us through our game-time explained how there would be back-stories and small differences in the clans, which would impact who you chose to play as in the final version. With that, there we were, entering the massive structure where the game is set: a castle, a fortress of solitude that has been overrun with both monsters and crazed ex-adventurers that have become lost in its depths. It's here that the game reveals one of the key selling points, setting it apart from a lot of the pixelated roguelikes out there; the art style is inspired, a willful choice by the developer to stand out. It's angles, all angles, and it just adds to the creeping sense of harshness; it's a good choice, considering what game-play itself is going to do to you. 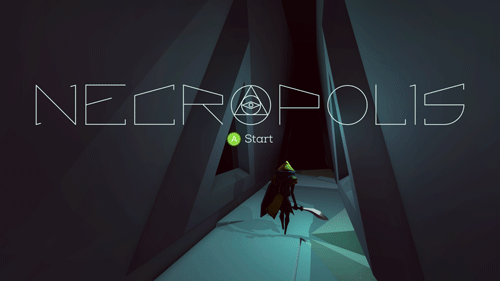 You walk down a hallway with a floating magical construct babbling at you; there's almost no introduction, though we were told there is a rich back story in place for the final game. The floating image is meant to guide you, but it quickly becomes clear that the magical construct is quite an unreliable narrator, much like Wheatley from Portal 2. While that game wasn't mentioned as an inspiration, we were told the development team took heavy cues from Dark Souls, and the combat certainly was reminiscent of the little bit of Demon's Souls I did play. It extended to little touches like having dead bodies strewn everywhere, and the developer that walked us through our time with the game mentioned how they hoped to have it so the bodies of your previous attempts to get through the vast dungeon will be a part of that. Our guide through the demo tried to roughly categorize Necropolis as a mixture of Dark Souls and Spelunky, and that's something I'm absolutely okay with.

Crystals play a thematic role of corruption in the old citadel

Game-play is fun, and plays like an action RPG which taxes all of your resources; Most movements will drain a stamina bar, and you have strong and weak attacks, which operate at different speeds and stamina costs. The combat felt flashy and fun, and again, didn't let you forget about how you were in a tough environment. The demo slowly evolved from beautiful set pieces which set the feeling of the game to actual combat which got harder rather quickly. I know Wyatt and I died in about the same spot: getting off an elevator, where foes descended on us without warning or mercy. The game went from gorgeous to soul-crushingly difficult in a very short amount of time, and this was only the demo copy. Is it bad that this is something to be excited about? 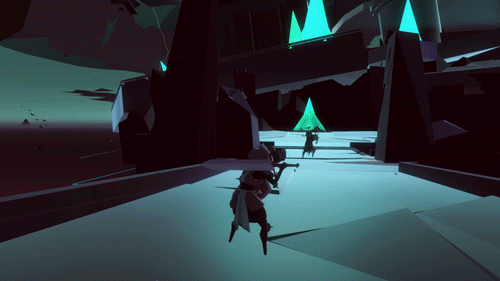 This game will gladly kill you, but the ways you can demolish enemies is very satisfying.

In the demo of Necropolis at PAX East, only one class was available, but three have been already announced for the final version so far. The game's minimalism also extended to it's introduction; as a result, both Wyatt and I immediately used a potion when we started while trying to figure out the controls. We were told that this is the exact reason why players start with two, and I love that the developers, rather than compromise their vision, just tweaked it to help players through. The cop out would have been a button tutorial, but instead they'll just give you a second potion. Maybe it's the art style, with the cool color tones and the angles everywhere, but the game definitely starts to give you that feeling that you are absolutely on your own, cut off from anything besides your own ability to move forward. 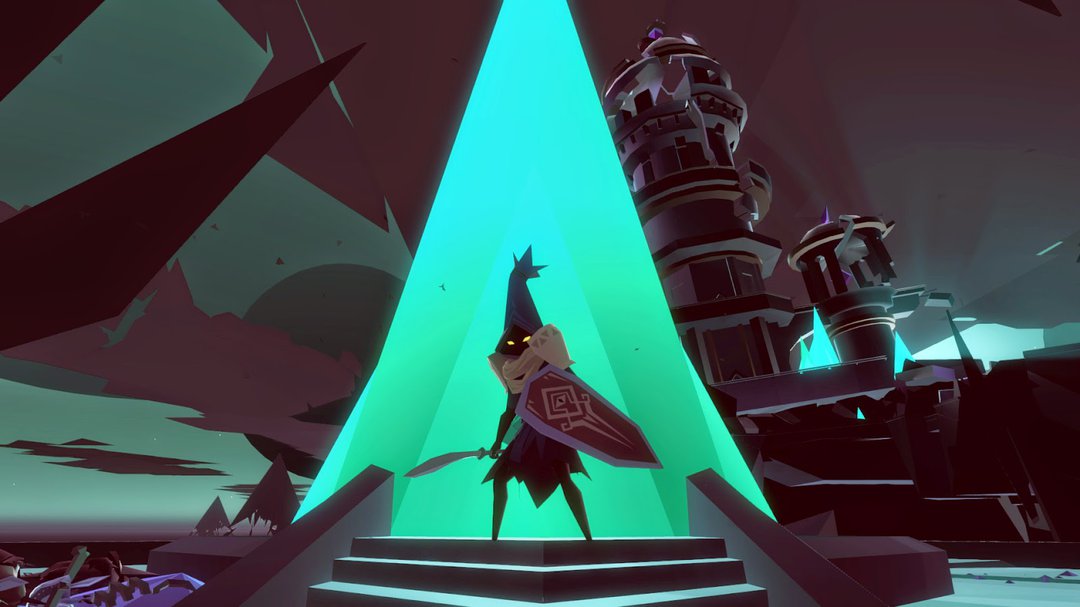 One of the slogans on the game's website is "Will you find the exit, or will you die trying? Spoilers: You'll probably die trying". There is permanent death, but the developers explained that there would still be forward movement: much of your skills and development come in the form of collectibles called codexes, passing on move sets and abilities to the next poor adventurer trying to break into Abraxis' corrupted lair.

While we only got a combined ten or fifteen minutes with it, Wyatt and I both walked away heavily impressed by what Necropolis is shaping up to be. The game is planned as a PC release for Windows, Mac and Linux machines - through Steam of course - but console releases were not out of the question when asked. Very nice to see the team focus on one platform and nail it, rather than worry about casting too wide a net and spreading themselves thin from the outset. Our thanks to Harebrained Schemes for giving us a more in depth look; for more information, check out their site: This is definitely a game you should keep your eye on.