The Shape Of A Galaxy:
A Twilight Imperium Story

Story Building In The Sandbox Of Twilight Imperium 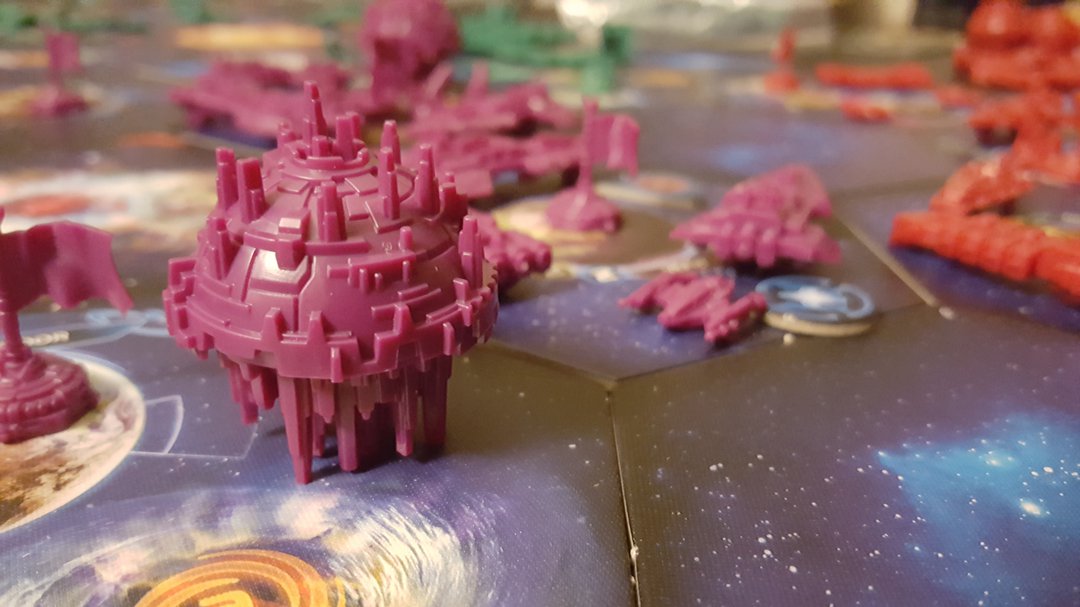 A colaborative piece written by Otto, Adam, and Eric on their first playthrough of Twlight Imperium's new 4th edition.

Space Australians Trying To Get By

So there we were, right, colonizing planets, scavenging them for parts and in general minding our own business. Yep, it was a good day to be part of the Mentak Coalition. We even got some good deals off of Mindnet trade goods that happened to… ehhh… fall off the back of the intergalactic truck, if you catch my drift. We built up our ships with brand spankin’ new cannons, defended our colonies with planetary defense systems, life really was grand mate.

Then we met face to face with the Mindnet, and let me tell you, they weren’t too keen about us taking their stuff. One by one our cruisers and destroyers were eviscerated by those robots, their crews among the space debris waiting to be picked at by the next group of scavengers. They closed in on us quicker than a meteor, with two war suns aiming for our home system. It was a corner we couldn’t fight ourselves out of, so instead we turned to the fuzzy traders of the Emirates of Hacan. Sure, we might have taken our licks and not ended up on top, but it wouldn't stay that way for long, so promises the Mentak Coalition. 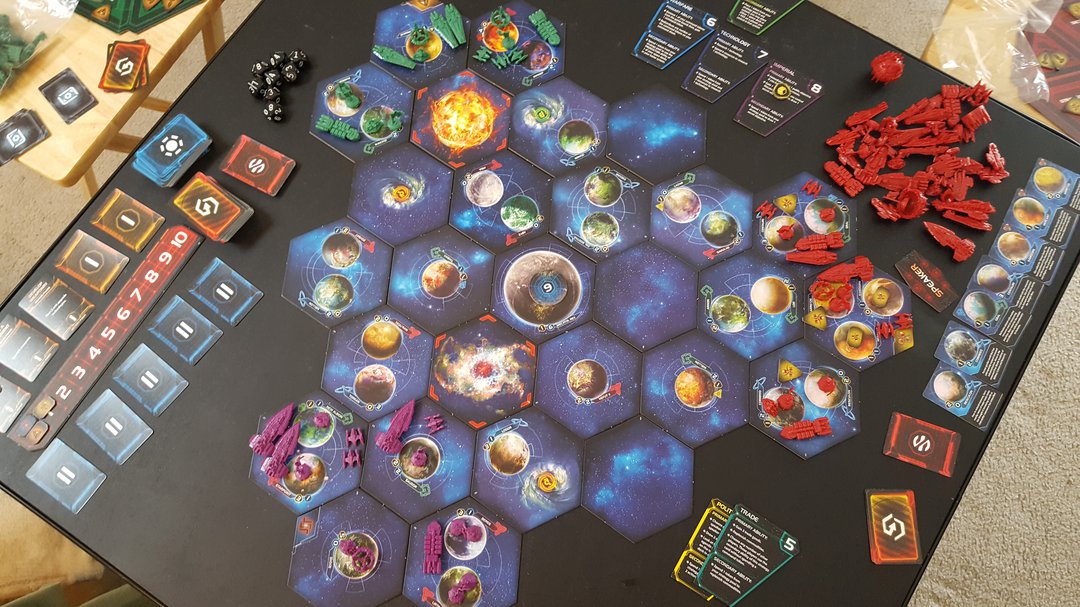 Your Ignorance Is Surpassed Only By Your Irrelevance

The L1Z1X Mindnet is an older race than is known by most. Old and wise enough to have such mastery over technology as to be a galactic titan striding amongst ants. We began our steady advance to Mecatol Rex, and to the leadership of this galaxy, unchecked and uncontested. All feared our dreadnaughts, and once the senate was reestablished by our hand, we set into motion securing our holdings with powerful war suns. The other children about us clearly did not know with whom they were toying.

Through careful manipulation of the senate, we forced through laws that limited the power of all; it was an advantageous move on our part, as we maintained a clear technological and military superiority that would not then be easily paralelled. We even made a mock motion of support to the peaceful Hacans, securing a valuable trade contract as well as an assurance we would be able to devote our might towards the troublesome Mentak Coalition. Victory seemed all but assured, and yet the Hacans persisted where we believed they would not. In terms of achievements, they built monuments and established vast trade networks that seemed to fly in our very faces. They, ultimately, would be our undoing. 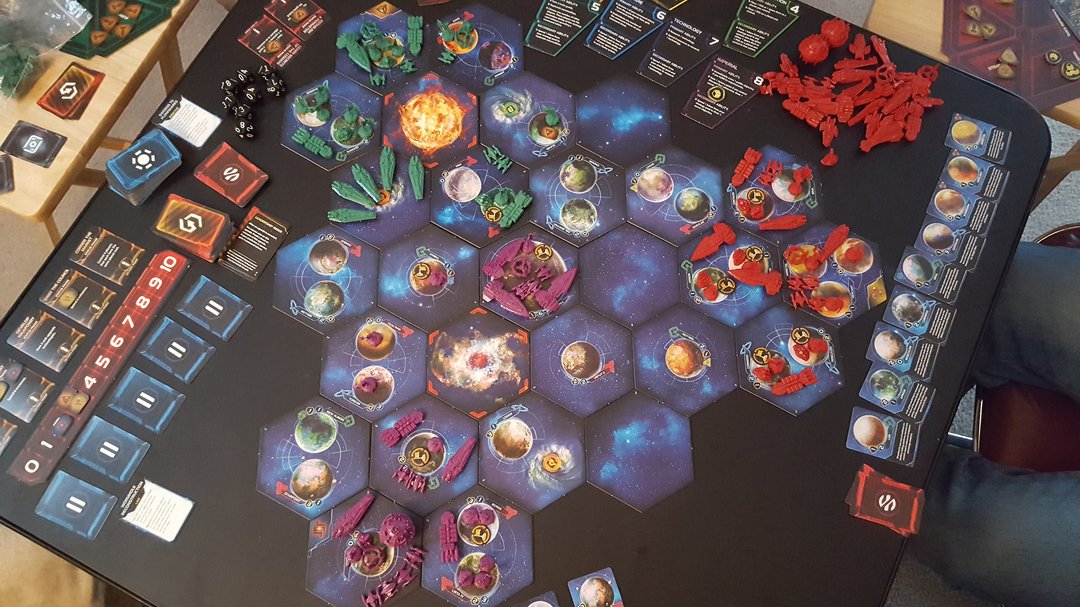 Turn 3: Mindnet (purple) starts their domination of Mecatol Rex thanks to some well-placed sabotage on the Hacan fleet (red).

The great and benevolent Emirates of Hacan, undisputed rulers of the galaxy, achieved our lofty position without firing a single shot, nor wasting time squabbling over the much-vaunted Mecatol Rex. Our technology and military could not match the sheer might of the L1Z1X Mindnet, and our tactics lack the cutthroat ruthlessness of the Mentak Coalition. Therefore, we instead dug in hard to our own small corner of the galaxy using traditional “belly rub” tactics; not even the Mindnet’s powerful war suns dared to push through our lines of upgraded planetary defenses, or perhaps they simply did not perceive us as a true threat. From there, we used our vast trade network to shape events to our liking.

I must confess that we nearly fell to the Mindnet’s brutish strategy. Indeed, had the Mentak Coalition not given us their support in the 11th hour, the Mindnet would be ruling the galaxy today. However, perhaps unsurprisingly, they chose to side with our trade empire rather than allow the violent Mindnet to claim victory through warfare. Diplomacy, not military might, ruled the day. So begins a new age of peace and prosperity for the galaxy under the wise rule of the Emirates of Hacan. 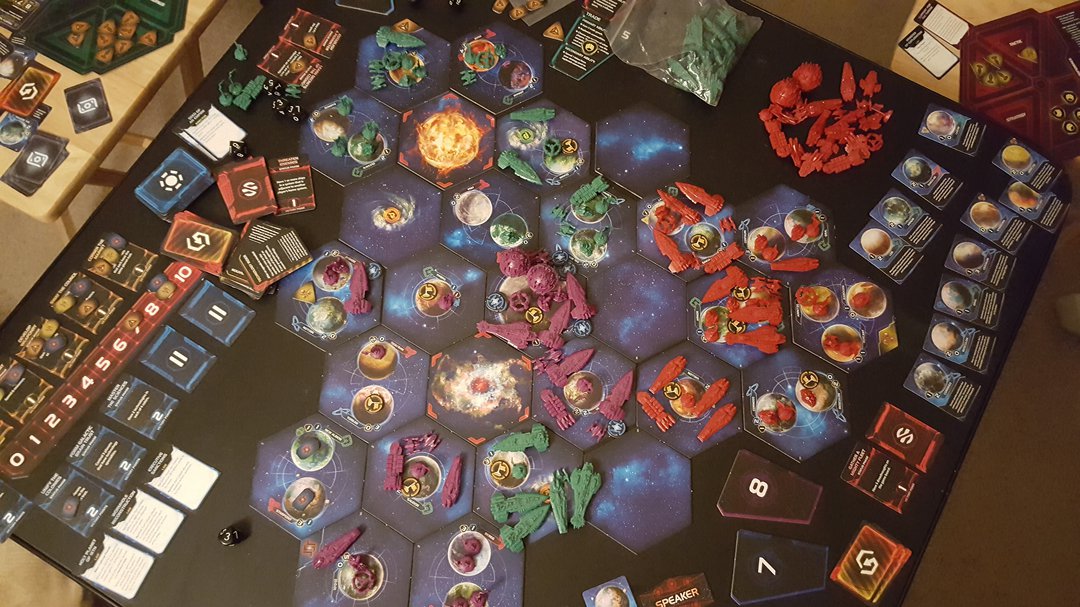 Turn 6: On the last turn of the game, Hacan (red) looks innocuous as ever while Mentak (green) is being the biggest diversion through their border skirmishes.

The Shape Of A Galaxy

Our particular game of Twilight Imperium, contrary to all of our military posturing, was won by a player who opted to never fire a single shot. The game ended rather dramatically. Picture this, if you will: the Mindnet is poised to win on the next turn. They have priority pick on the strategy cards, guaranteeing them the victory point for controlling Mecatol Rex that they need to win. Tied with them at nine points are the Hacan, but they are out of options and staring down defeat. Then, in the last meet of the galactic assembly when all is at its bleakest, apathetic counselors gathered to uninterestedly vote on laws that don’t seem to matter, there shines a spark in the dark. Of all the random cards to flip off our agenda deck, we get to vote on the new designation of the galactic holy planet.

This special planetary status can be used in a few different ways, but it also confers a point upon the planet’s owner.

It became all too clear what to do with this piece of legislation, and the other two players conspired against “public enemy number one” to rob him of the seemingly assured victory.

This was the story of our first Twilight Imperium galaxy, and therein lies the beauty of this—yes I’m going to say it—storytelling game. Everything from the races participating, with their own tendencies and strengths, to the layout of the galaxy, to even the objectives needed to accomplish victory, change every game. But more than all that, the theme of this game is so strong that players almost can’t help but get behind the motivations and styles of their alien races. For a game that lasts upwards of six or more hours, all our players said the same thing. It felt as if we’d only played for two.

And we are all itching to see what the next galaxy has in store for us next time.