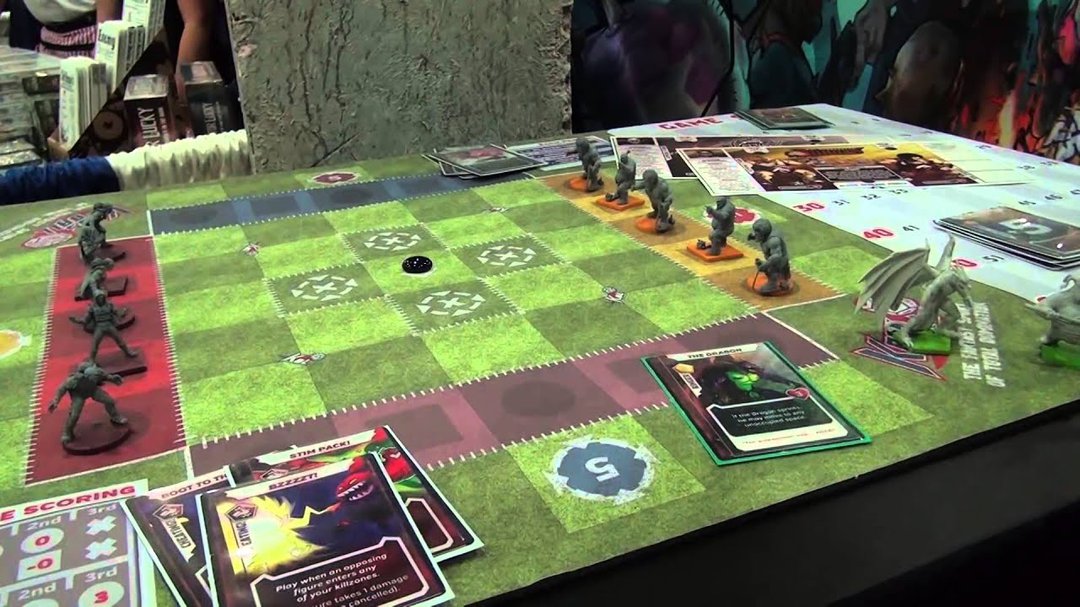 Last year, a fantastic indie game from Yacht Club Games appeared on Steam. Shovel Knight drew inspiration from classic 8 and 16-bit games - aspects of Mario and Mega Man are instantly recognizable - to create something new yet delightfully familiar. Shovel Knight borrowed the best parts of these famous old games, then paid them back in spades.With its old-school feel, solid gameplay, and excellent design, this game took the retro scene by storm.

Now it seems like Yacht Club Games is ready to do it all over again. As one of their Kickstarter stretch goals, they've announced Shovel Knight: Plague of Shadows. All they've said is that you play as Plague Knight, a former member of the Order of No Quarter (who has the sickest battle music you've ever heard), as he tries to craft Serum Supernus, the ultimate potion. To do so, he must defeat his former allies and extract the ingredients from them. Let me get to the bottom of exactly why I'm so excited by this news.First of all, as I mentioned, Shovel Knight is simply an excellent game. It wasn't the first game to stand on the shoulders of the old-school giants and it probably won't be the last, but it may very well be the best. In addition to its wonderful game-play and design, it somehow manages to balance farcical characters with a story that's actually rather grim.

To recap: Shovel Knight and his best-friend-possible-love-interest Shield Knight were once the greatest heroes in the world. Shield Knight fell victim to a dark power and Shovel Knight, unable to save her, fell into a deep depression. Without them, the land was taken by The Enchantress and her eight champions, the Order of No Quarter. 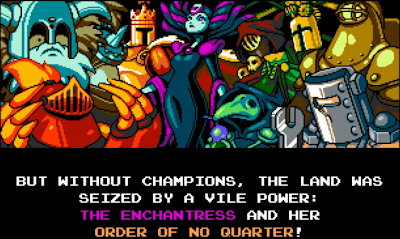 I like to think that the name refers to the fact that you don't need quarters to play.

After giving himself a swift kick in the tassets, Shovel Knight took up his weapon again and fought to save the world.

That in itself, that unusual ridiculous-yet-serious tone, is a large part of why I fell in love with Shovel Knight. I was able to laugh at the over-the-top characters, yet dig deep enough to appreciate exactly how much was at stake both for the world and for Shovel Knight himself. There's a rich and surprisingly dark world buried just beneath the campy veneer.

The game-play, as I said before, seems to balance the best aspects of many old games. The movement style and eight-boss setup should feel familiar to anyone who's played Mega Man, yet your attacks could be pulled straight from Zelda II. There are wandering mini-bosses reminiscent of Super Mario 3, but collectibles, loot, and buyable stat boosts like an RPG. Though Shovel Knight is a game all its own, there's something around every corner that can give retro-lovers the warm fuzzies.

Finally, the music is nothing short of fantastic. If there were a Grammy category for best chiptunes, Shovel Knight would win it. If you didn't listen to The Vital Vitriol when I linked it earlier, then scroll back up and do it right this instant. Then realize that the entire game is filled with songs that are just as good.

So, you might say that I have high hopes for Plague of Shadows. We don't have many details yet, but Yacht Club Games is demoing this new installment at PAX East this year, so I'll be back next week with the details! Just another reason to be excited for the weekend: so much good news for games, so little time to cover it all.