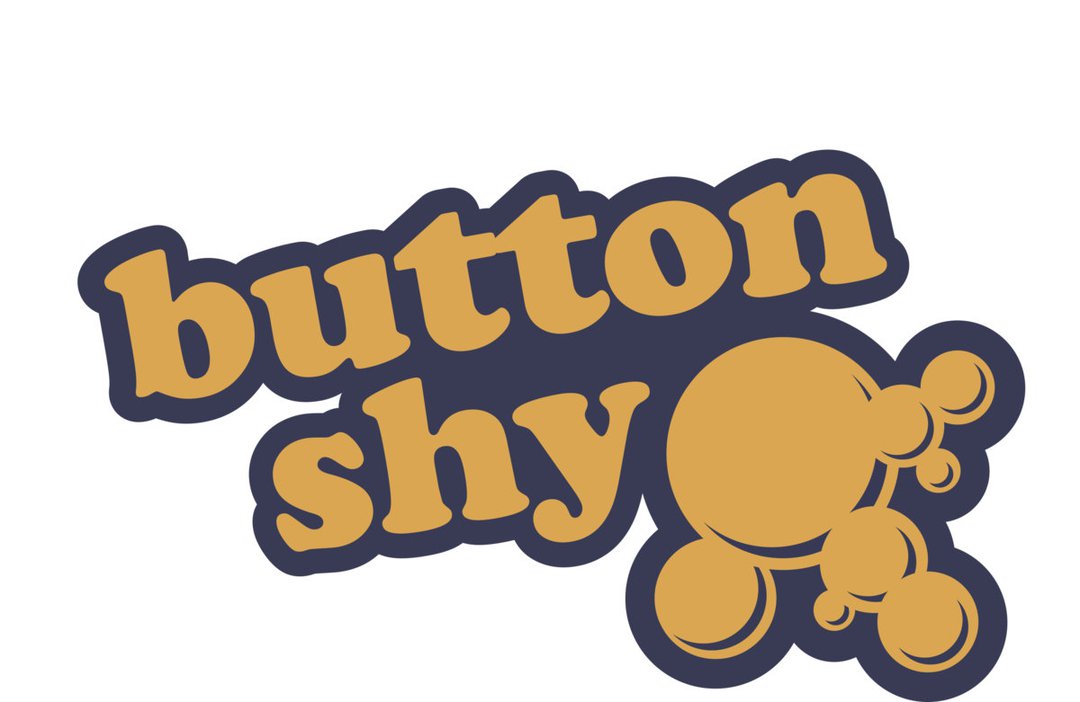 Today, we’re going small! Sprites and Dice is all about positivity in the gaming community and spreading the word about stuff we think is really worth your attention. There are lots of reviews out there telling you what not to buy, so we enjoy shining the spotlight on things that we think are deserving of praise. Often this involves highlighting indie developers or small game publishers, and I’m very pleased today to be talking about exactly those kinds of people. Let me tell you about what might be the smallest board game publisher out there (that I’ve seen anyway) and why they’re totally worth your time.

Let me tell you about Button Shy Games. 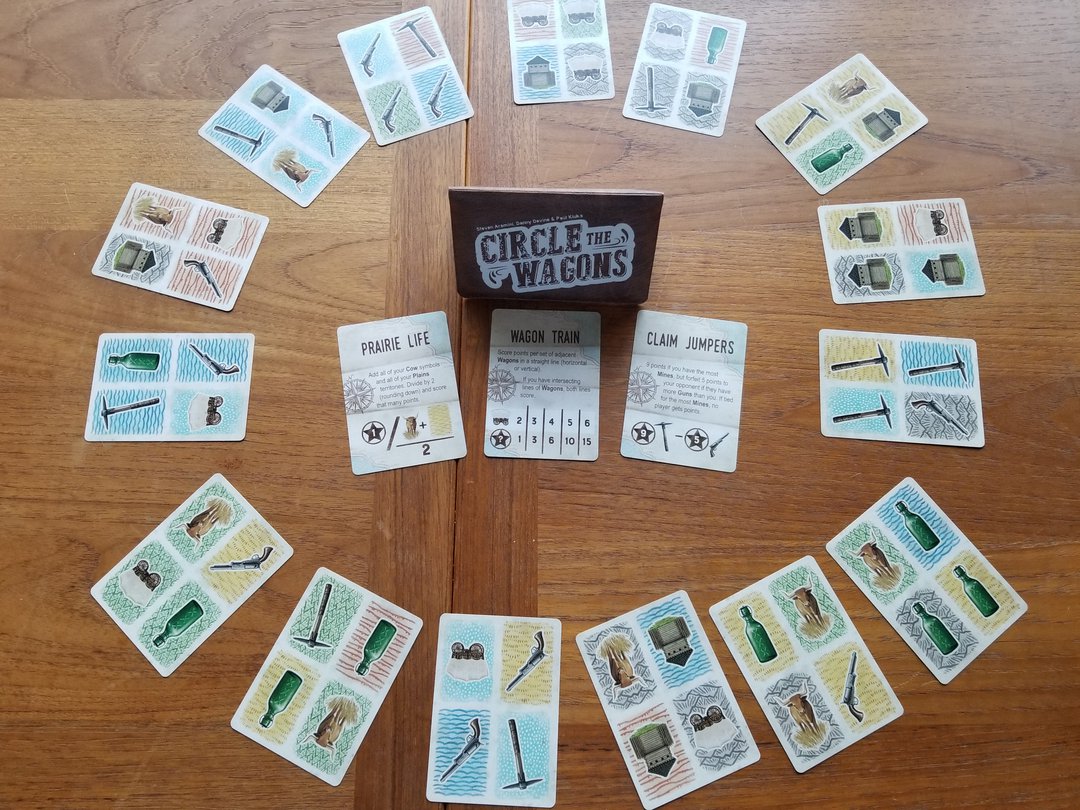 Button Shy Games is literally one dude, Jason Tagmire, along with a handful of friends and family. They produce what they refer to as “wallet games.” Literally, they are games that fit in about 18 cards and slide into little bi-fold wallets (a description taken directly from their webpage). These games get printed and shipped to Jason & Crew where they quite literally put them together, into their wallets, by hand.It’s no exaggeration to say I’ve gone out with copies of their games stuffed into a jacket pocket or at the bottom of a day bag. They are exactly as advertised, and they actually produce quite a few of these things every year. So you might ask just how many card games a person could come up with before the novelty wears off.

Stop. That’s a fallacy that I fell into myself. Just because the game fits on cards doesn’t mean we’re playing 20 different versions of Hearts. This publisher is as varied as any other, larger one, and in some ways (given the nature of their games) that makes them all the more impressive. Take for example some of the titles I currently own. Circle the Wagons is a game about drafting cards from the center of the table. It’s very Tokkaido style, in that you can take what you want, but you give the other player more stuff the more you skip over. You play in a tableau building game, overlapping symbols, flipping cards, lining them up in all sorts of crazy ways to score under a myriad of different conditions. Avignon: A Clash of Popes is a tug-of-war. All you have to do to win is pull three characters to your side of the table using your standard turn abilities and special powers printed on the cards, with some extra auto-win and auto-loss conditions to spice things up.

By the way, both games play in 10 minutes or less and suffer no lack of depth. Now imagine Button Shy has nearly two dozen titles under its belt and still growing. It’s got something for everyone. 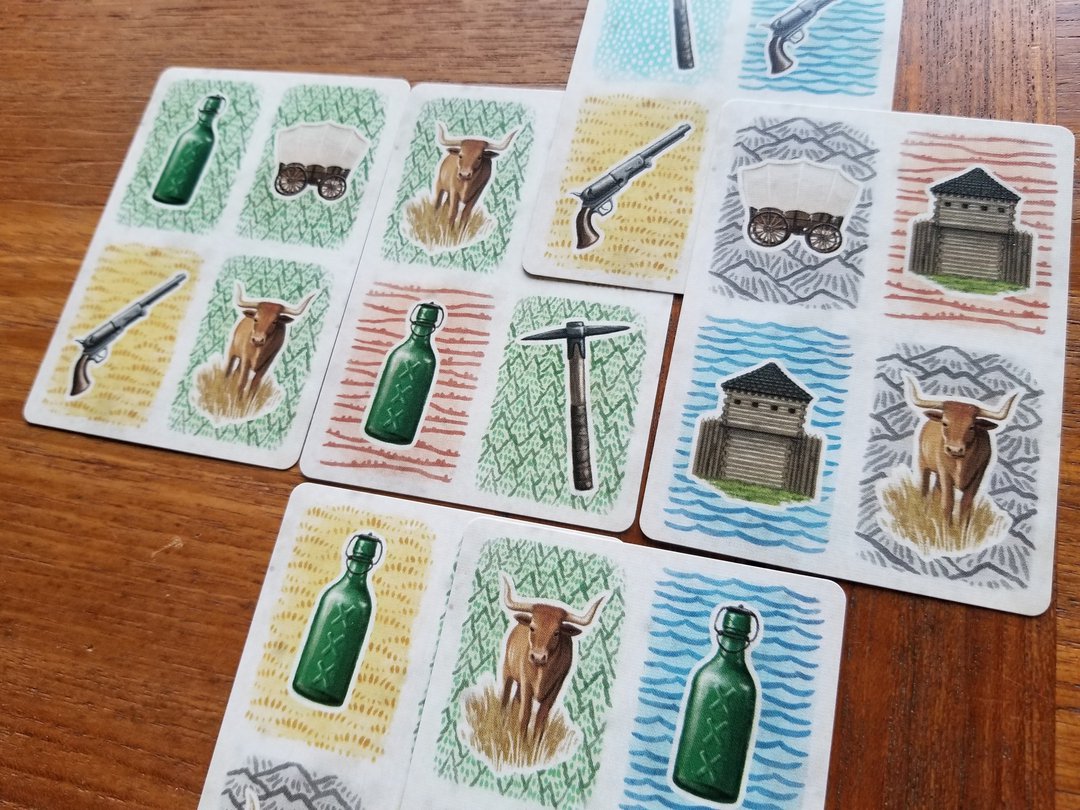 In addition to a clever drafting mechanic, there's also a spacial sense as you try to line up cards and symbols, overlapping and rotating to make the most out of your limited holdings.

If you’ve kept a hawk’s eye on Kickstarter, you may have seen one of their recent campaigns featuring Arcane Bakery Clash. You bake confectionary monsters before unleashing your creations in a bid to control the kitchen in probably the most delicious wizard war I’ve seen. That’s the kind of imagination at work here.

These games are cheap (usually around $12 apiece), and you get free shipping depending on your location and purchase amount ($25+ in the US, $50+ internationally). Yes, you can put three of these things in your pockets and game on the go, and yes I know I’m hyping this pretty hard right now. But this is 100% supporting the indie publisher who just loves putting good games out on your shelf! If that’s not worth a shout out anymore, I don’t know what is. 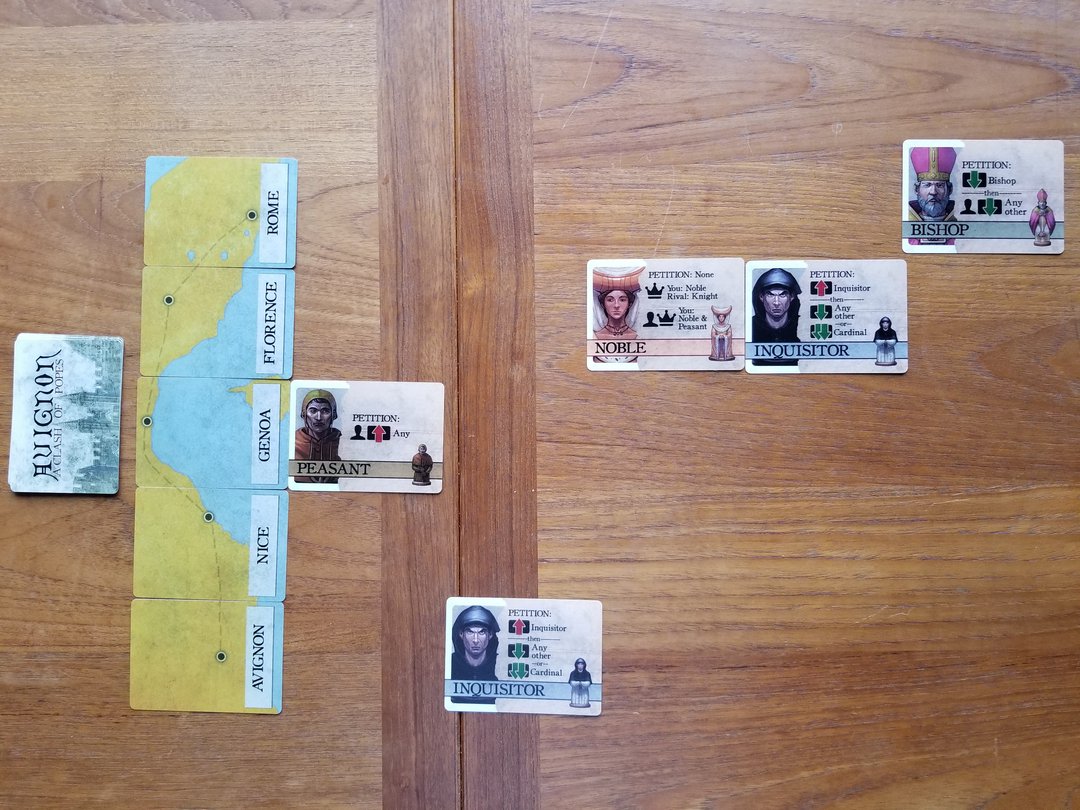 Avignon looks simple and--well it is. But it's also got a dash of dastardly deviousness!

If that doesn’t motivate you to check out what they have to offer, let me tell you a little story. I got a brief chance to talk with Jason at PAX East this year (I caught him right before lunch), and before he rushed off he just handed me a free copy of a game. That’s the kind of guy you’re supporting when you buy these things. I’m really not exaggerating when I say this is a person dedicated both to publishing great games and getting as many copies as possible in the collections of happy gamers. Yes, by the way, I made sure to spend actual money on more titles before walking off; it was only fair.

You can find Button Shy’s website here, so take a peek and see if anything tickles your fancy. If you’re looking to pad out your collection’s assortment of quick to play “travel titles,” this is an ideal place to do some shopping. Especially if you’re a fan of supporting the small folks, so small you may never have heard of them before now, it costs you a click and five minutes to browse. It’s time well spent, and games you’ll most certainly have a blast with.