Do You Miss The Glory Days Of Ultima Online?

PAX East is firmly in the rear view mirror, but that doesn’t mean we’re done talking about things we saw. One of the most memorable games I played during my trip this year was Legends of Aria, a sort of spiritual successor to Ultima Online. Fans of UO have everything they’ll want here: diverse character skills to combine in a make-your-own-class system, permanent in-game housing, jobs, levels, a healthy and not unpleasant grind. Even better, there was a promise for lots more innovation and support for its future community.

You see, the devs at Citadel Studios realized early on that fans would probably break open the game’s code at some point and mod it to their liking, host their own servers, play by their own rules, that sort of thing. Right away, they thought, “Why not just give the community the tools to mod the game on their own terms, right from the start?” Servers could be hosted clientside with central Citadel server backups (in case of catastrophic crashes), and fans could twist the world to their liking; at the time of writing, one of the most popular closed beta servers is a faithful recreation of UO.

That’s all well and good, but a good grind only goes so far. I’d need a little something extra for a game like this to have life into the months and even years. And so I was naturally thrilled to hear about the Immortals system, a set of Dungeon Master tools that server admins would have at their disposal. I didn’t have a chance to experience this in my limited playtime with Legends of Aria, but Sanya Weathers at Citadel Studios was able to oblige a few questions. 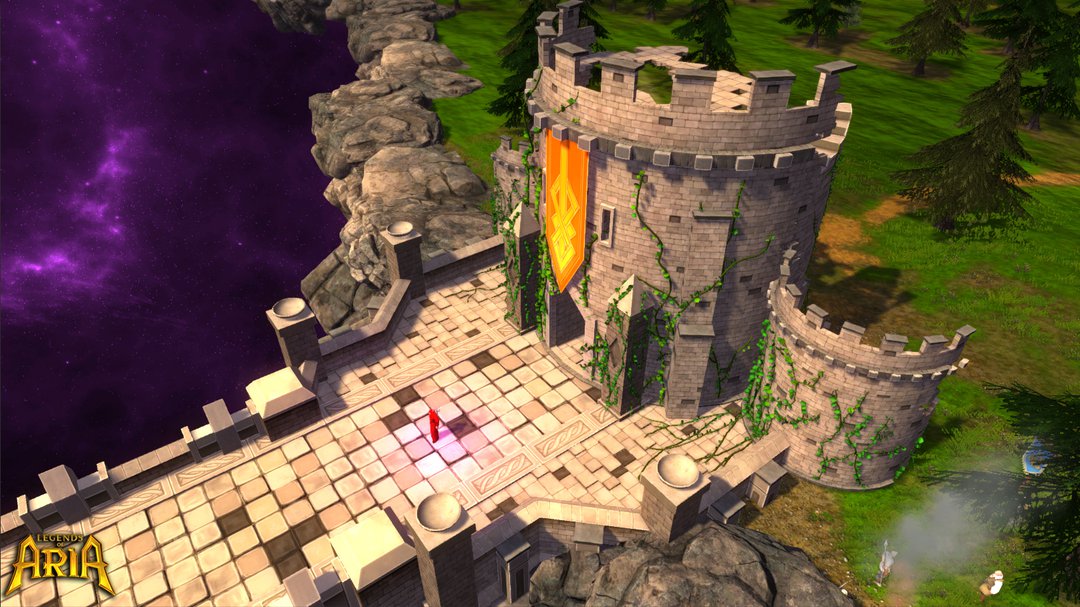 Adam: So to start off, Legends of Aria is a lot like UO meets Neverwinter Nights. I used to be a big NWN2 fan back in the day. Learning that LoA would have the Immortals system really got me excited. They essentially look like DMing tools, allowing people to control NPCs, spawn monsters, and generally move plot along. Could you briefly describe what kinds of capabilities the Immortals have at their disposal?

Sanya: Anything you might need to make a game, really, without having to develop the underlying technology. All the things you mentioned, plus uploading their own art assets, changing how the systems (combat, crafting) really work, adding abilities. We expect worlds that are basically like our base game with a couple tweaks (a server with no PVP at all seems inevitable, and there’s already a popular “all PVP all the time” server). And there are some people who’ve customized so much that you can hardly see anything of the base game at all.

And who might these tools be opened to? I assume in the case of custom servers, this would be their own DM or mod staff, but what shape would this take on the official servers?

On the servers we run, probably pretty limited. We want to give people the tools to create their own events, offer rewards, manage guilds, and so on, but not to create items outside our loot tables, or alter character development.

Are you at liberty to discuss any of the plans you guys have for the main plot in the official servers?

To be candid, we have plans, but nothing in testing. This is a game deeply dependent on players creating content, anyway, even if that content starts out as just a violent vendetta against an enemy guild.

We do plan to hire a lore/content designer as soon as our funds allow us, so the timing is subject to change -- but when depends on how successful we are, and how quickly.

I unfortunately wasn't able to join one of the roleplay custom servers during my demo period. Have you seen the Immortal system used in any of the current, custom roleplaying servers? And if so, to what effect?

We have community-run servers that are open right now, and looking/playing well. Considering the tools are rudimentary, and the projects can’t make any money, we are extremely lucky to have such a high caliber of builders.

I suspect I’m about to answer a question you didn’t ask, but I’m trying to be super clear in this pre-launch stage of development. We are working on storytelling tools that anyone can use. Admins will be able to decide whether they allow access to those tools to their players. But we aren’t planning events so much as we’re planning the tools for our players to do events.

The “Immortals” thing is different. At this time, it’s basically a very, very limited set of god powers - you can fly, you can teleport to people or teleport people to you, and you can’t be killed. The option to enable access is something our admins will have, and in the base game, we’ll decide who has access to these powers on a case by case basis. 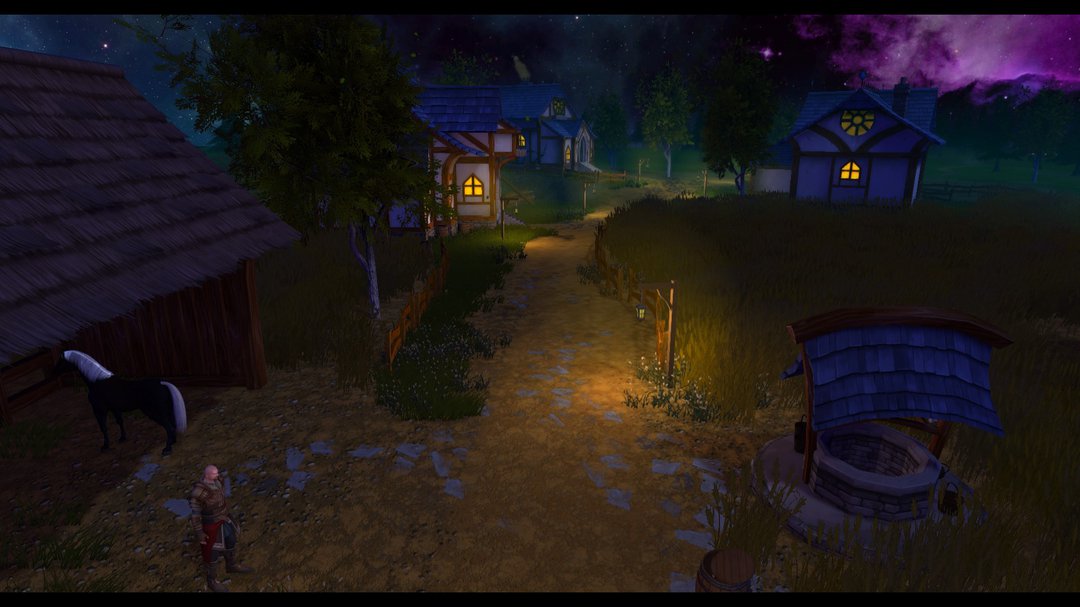 Playing LoA, I was struck that the game gives a wonderful framework for players to establish a long-term economy and work in tandem with others. But of course, a game like this, for me, without story would only ever be a constant grind for higher level skills and gear. I'm really excited to see what is essentially a DMing system, because I feel that when you combine it with the support for players to host their own custom servers it will give amazing long term life to this game. What kinds of vision do you have for the life of this game two, five, or even 7+ years down the road?

Legends of Aria exists in a relatively exclusive genre of sandbox MMOs where gameplay diverges a great deal from all conventional MMO games. Skill grinds are a part of the game, but they are in no way mandatory. For example, one player may still be tweaking and reskilling characters several years into the game, while another player may have “finished” one or two characters in the first 6 months and take no interest in further developing them or creating new characters. Others may play a crafter or a trader, and find themselves several years into the game only having mastered several skills yet having accrued substantial wealth and fame. The virtual world which we are creating is largely defined by how you choose to engage with it; as our product progresses in to its later years, we want to continue to give players an increased scope of choices in how they shape their own existence.

DMing something on community servers is also going to be a huge source of longevity and content creation, including our own plans for events on our official servers.

But mainly we would like to spend the rest of our careers giving a home to people who want this kind of freeform, limitless style with no quest indicators or handholding. It’s a really underserved group right now, and there’s a whole generation that doesn’t realize it’s even an option to play this way.

We briefly discussed that there will be other realms added to the game eventually. Any plans to add non-human player races to the game as well?

WILDLY too far into the future to even speculate. We are a nine person dev team and our hands are full with our basic vision. If we can offer something that people can enjoy, and see as having potential, then we’ll be successful enough to start planning more.

Fair enough! Finally, if you could share any future dates for release information, I’m sure fans would appreciate it.

As I tell our regulars, every game company changes its dates. No exceptions. We believe that transparency is what our supporters deserve. We give the best dates we have at the time and we tell everyone about changes as soon as we’re sure we’re making changes.

Right now, the plan is, depending on how Closed Beta II goes, to start open beta in August. Our existing players know we’re planning to wipe the servers in order to have a clean, fresh start, but we haven’t set that date either. So we’ll see. We still have “this fall” as a goal for going on Steam. 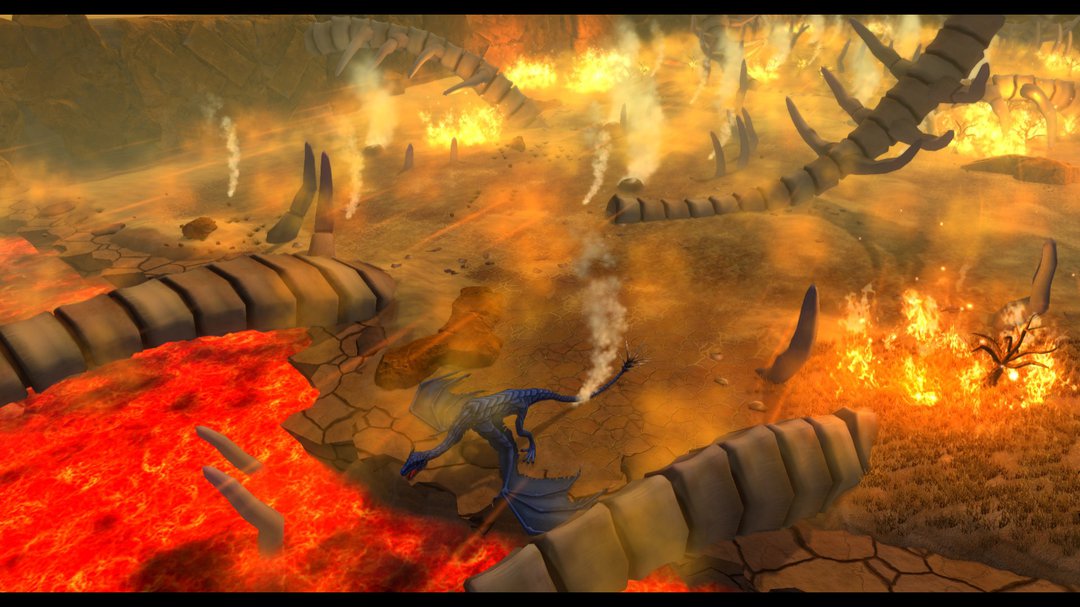 If you'd like to check out more about Legends of Aria, you can visit their site here. The game is on sale for as low as $30 (depending on the extras, or lack thereof, you want), and all levels include access to all closed beta testing leading up to launch (and early access to that as well). On behalf of the Sprites and Dice team, I'd like to thank Sanya and the Citadel Studios team for taking the time to answer my questions despite their very busy work schedule. This is a game that comes around once in a blue moon; while the target audience is a bit niche, if this is your kind of thing, what you see on their site is what you get. If you've been waiting for someone to take crack at a modern Ultima Online-style MMO, you won't be disappointed. This world is literally what you'll make of it.