Staying Power:
The Legend of Zelda, and How it has Stayed Relevant 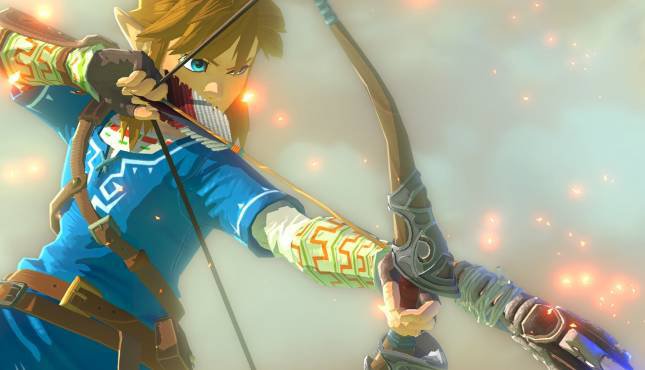 What is it that makes a game stay with you? What causes an older game to continue to stand out among its peers, and above games that come after it? Why, for instance, does Final Fantasy VII continue to be held up by many as the epitome of JRPGs, when so many others have built and improved on everything it did? Why is an outdated game like Goldeneye still remembered as such a great FPS? What makes these games stay with us as a community, while so many others fall by the wayside?

Some of you may remember a game called Heavenly Sword, one of the first titles released for the Playstation 3. It was a hack-n-slash somewhat along the lines of God of War or Devil May Cry, and as far as anyone could tell, its sole purpose was to show off the PS3’s capabilities. Whatever else may be said about it, Heavenly Sword was a visually impressive game. 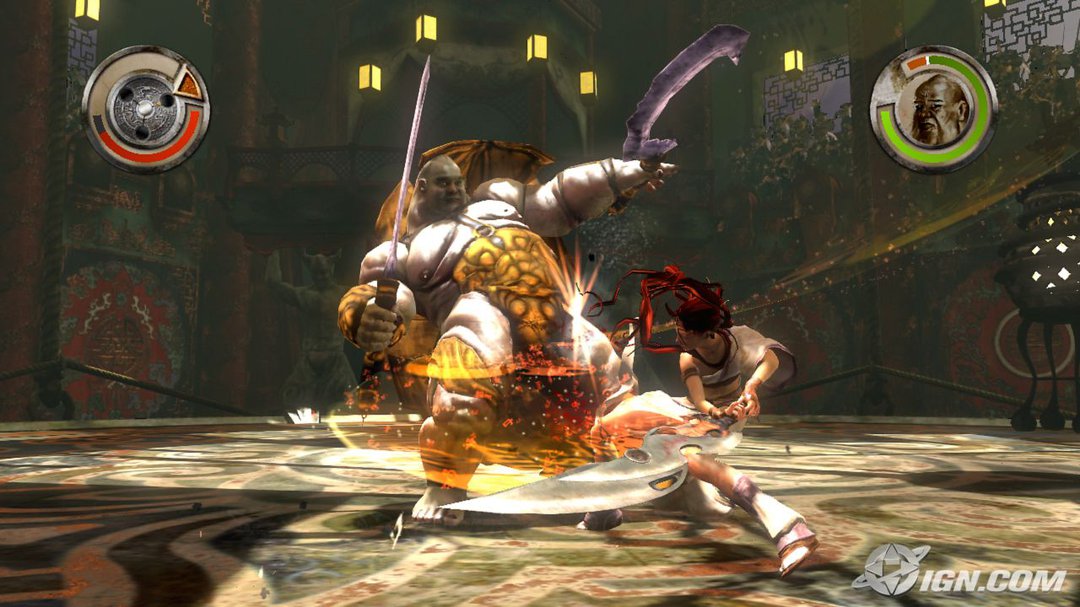 As if it were a fireworks show, people ooh ed and aah ed, and then forgot that it had ever happened.

The Legend of Zelda , on the other hand, is a franchise that has been with us since the early days of gaming. From the initial installment on the NES to Skyward Sword and beyond, love it or hate it, this franchise is one of the oldest cornerstones of our gaming culture. The big news on the Legend of Zelda front, of course, is the re-release of Majora’s Mask on the 3DS. With that in mind, it seems like an appropriate time to consider what makes this series so fundamentally different from a flash-in-the-pan title like Heavenly Sword .

One of the biggest differences is that it is, in fact, a series. New games (not to mention books, a TV show, and merchandise) keep the story and the characters fresh in people’s minds, and like an ongoing comic book or science fiction show, fans eagerly await the next installment. Still, while that might give The Legend of Zelda as a whole a degree of cultural staying power, it doesn't answer the fundamental question here. As I mentioned before, Majora’s Mask was recently re-released for the 3DS, to great excitement and enthusiasm from the community. The reaction far surpassed most other remastered versions of older games. Even when Ocarina of Time was updated and re-released bundled with Master Quest, it may as well have gone unnoticed when compared to the hype about Majora’s Mask . This begs the question: why is a game from nearly fifteen years ago still so relevant? More specifically, why this game?

Majora’s Mask made a name for itself by being a huge divergence from the usual themes and tones of a Zelda game. It wasn't a hero’s tale about finding the sword, beating the monster, and saving the princess. It was a desperate race against the end of the world; a race that you weren't always certain you would win. Moreover, even as you fought to save Termina, you couldn't help but feel that there was something deeply and viscerally wrong with it. Even without the threat of Skull Kid and his deadly moon, it would have been a very dark world to live in. 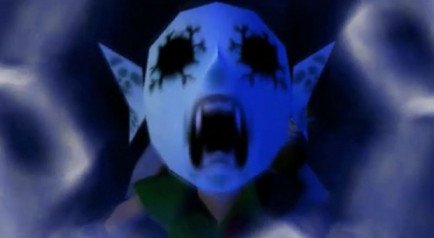 Pictured here: Link using a dead Zora's Soul that's trapped in a mask, in order to boost his own power. Yep, this is a great kid's game!

Majora’s Mask gave rise to reactions, theories, and debates galore. The Game Theorists made an excellent video which explored one of my personal favorite ideas about it. Now that Majora’s Mask is being released for a whole new generation, it seems likely that such debates will continue for a great while longer.

Majora’s Mask can hardly be discussed without comparing it to the other great Zelda title of that era, Ocarina of Time . Both were excellent, both were innovative (although in completely different ways), and it seems that Zelda fans will be forever butting heads about which was better. Again, though, why these two? Why do they continue to overshadow the more recent games, Twilight Princess and Skyward Sword ?

I mentioned that Ocarina and Majora’s Mask were groundbreaking games, and it’s true. Ocarina of Time was one of the first games to take full advantage of the Nintendo 64’s capabilities, and as a result the team had to do a lot of experimenting while creating it: the techniques that they needed simply didn't exist yet. What emerged was a game with a lot of patchwork fixes and jury-rigged code behind the scenes, and as a result it’s riddled with glitches and bugs that range from amusing to frustrating to utterly game-breaking. If you've got the time and haven’t already seen it, check out the Deku Tree – Ganon’s Castle warp. It’s really quite astounding to watch. The insanity starts around the 13:00 mark.

Majora’s Mask was innovative in its own ways. It went well off the beaten path with its disturbing tone and time-looping mechanic. Though not as overtly tragic as some other games —for instance, the death toll in Twilight Princess is many times that of Majora’s Mask —it’s undeniably creepy in a way that no other Zelda title before or since has managed. With all of that in mind, perhaps it shouldn’t be surprising that these two are held up time and again as shining examples of the Zelda franchise.

So, is it fair to say that innovation is what gives a game its staying power? Maybe in part. If that’s the case, though, why didn’t Twilight Princess ’s shape-shifting mechanic garner a similar response? What about Skyward Sword ’s motion-tracking swordplay? 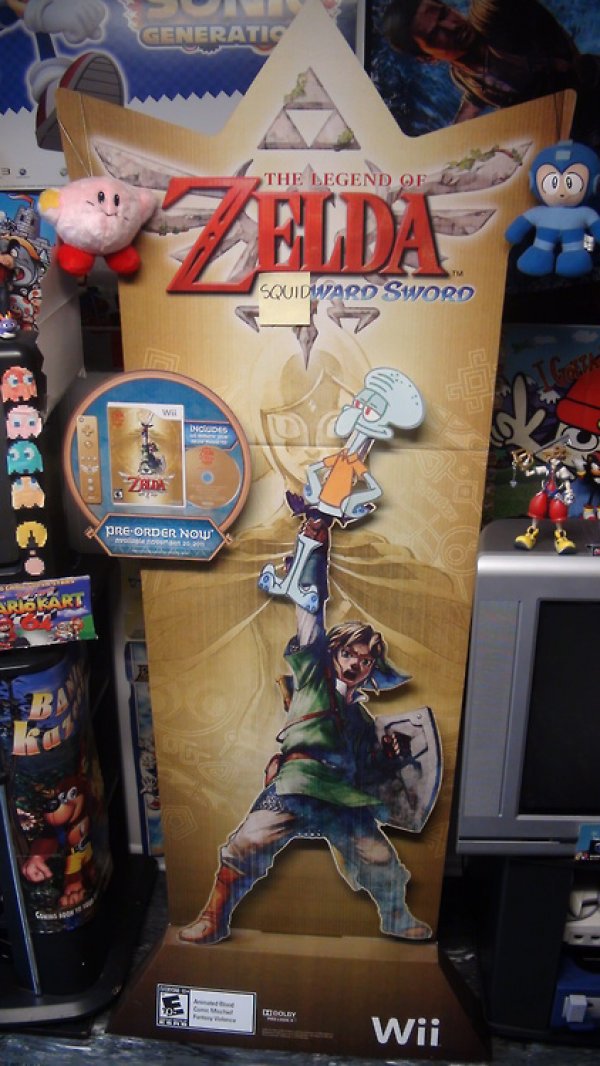 Speaking of innovations, I would play the hell out of this.

Fans of the classics will often hold up an even older game as the best in the franchise: Link to the Past . It and the original Legend of Zelda for NES were some of the best at what they did. They may have been simple games compared to many others, but they were absolutely solid. The game-play was crisp, the world was expansive and rewarded exploration, the combat was fun, and the items all served a purpose. Perhaps it’s obvious, but it bears mentioning that the quality of a game will play a large part in how it is remembered.

With Link to the Past and the original Zelda, there is also an undeniable aspect of nostalgia at work. Many people, myself included, look back on those games fondly as a major part of childhood and perhaps our first forays into the world of video gaming. For a slightly younger crowd, the same could be said of Ocarina of Time and, perhaps, of Majora’s Mask . Brentalfloss and Dave Bulmer, two excellently amusing musicians, collaborated on this music video which goes into that very idea: are these games really as amazing as we believe, or do we have our nostalgia goggles firmly planted over our eyes? What would someone who didn't grow up on this franchise think? 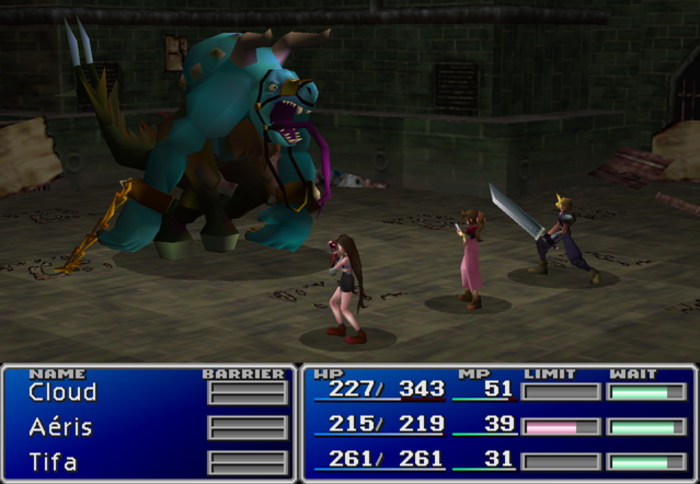 Go back and play through FFVII. Do you really miss that many random battles? How about the boxy-shaped people?

Technical capabilities. Innovation. Quality. Nostalgia. There is a lot to chew on here. Clearly no one of these things is enough to explain exactly what makes a game memorable, or what secures a place as one of the “great games” of its time.

Graphics don’t do it in the long run, because someone will inevitably make a shinier toy. Innovation doesn't explain it entirely, or any game with something new to offer would be raised up to the same pedestal. Quality seems like the obvious answer, but again, it’s not enough. Many crisp, refined games with engaging stories have fallen by the wayside, enjoyed and then forgotten. Nostalgia may play into it, but if that’s all it was, then any NES or SNES game should have the same impact. Heck, if the only thing a classic needed was a bit of nostalgia, then Pong would be the absolute pinnacle of gaming.

To be honest, it's probably a bit of all of these choices, plus that wonderful X-factor of timing and luck. Final Fantasy VII might be outclassed by some games in the series before and after it, but it came out just as the gaming scene exploded in North America, as well as the start of 3D graphics. It was at the right place at the right time, and because of that, some of us will never get its victory music out of our heads. For the Zelda series, it's managed to be there for every generation, keeping its classic tale alive, while also making it fresh with a new spin, such as the wonderfully odd Majora's Mask. 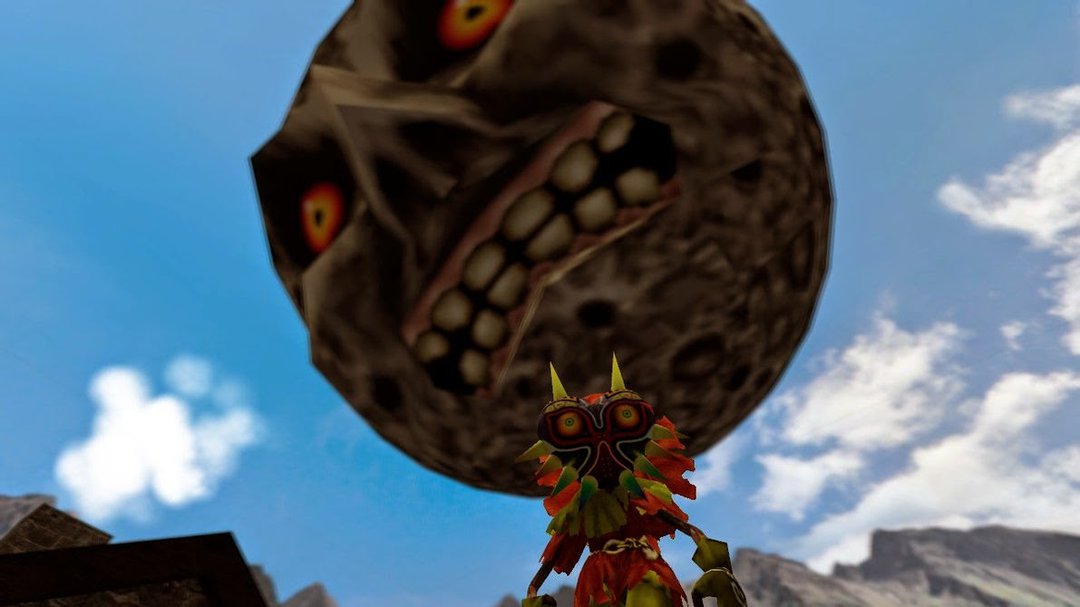 I've used The Legend of Zelda as a case study, but there are endless potential examples of the same idea. Therefore, I now want to turn this over to our readers. What older games do you still love? What element, or combination of elements gives them their staying power in the ever-evolving world of gaming? Let’s hear it!