Why Did I Finish the Damn Game:
Final Fantasy VII 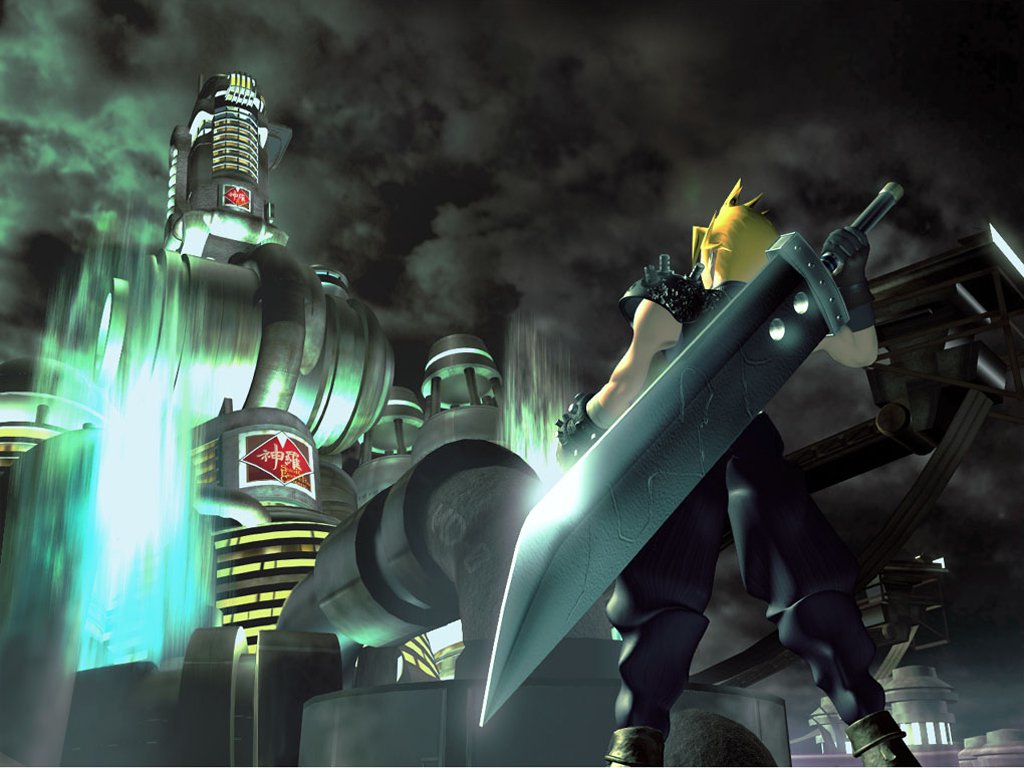 Some games are simply ageless. Whether it's their rich, lovingly crafted stories, the engaging characters, or because they're just that much fun, these games truly withstand the test of time.

...And then there's Final Fantasy VII.

This was actually my third attempt to beat this game. The first time was many, many years ago, and I quickly lost interest in it. The second was perhaps five years ago, when I got to somewhere around the halfway point before my save file got corrupted and I walked away from it, presumably forever. This time, I finally knuckled down and beat it.

So, without further ado, I present the last of my articles for Finish the Damn Game Month: Final Fantasy VII.

Final Fantasy VII centers around Cloud Strife, a protagonist with all the personality and emotional range of a tree stump. He's dragged through a nearly incomprehensible plot, which feels more like a series of events held together by chewing gum and coincidence. The whole mess is riddled with mini-games which, in addition to just being out-of-place, suffer terribly from bad graphics and worse controls.

As one of the first JRPGs on the Playstation 1, and by far the most popular, Final Fantasy VII was breaking ground for this genre to explode in the west. However, innovation does not equal quality, and I'm afraid there's just no way that I can call this a good game.

So, with that in mind, why did I rack up nearly 30 hours of playtime on it? Why, despite the boring main character, the clumsy storyline, the absurdly overblown attack animations (looking at you, Bahamut ZERO and Supernova), and the awkward graphics, did I actually want to see how all of this ended? And why do I now want to go back and beat the Ruby and Emerald Weapons?

It started out as just a project for Finish the Damn Game Month, and that responsibility (along with a healthy dose of snark) got me through the first part of it. Somewhere around the middle, though, I realized that I had really been drawn into the game.

I couldn't have slogged through this big of a game just for the sake of an article. Whether it was because I started genuinely caring for the characters, because of a writer's desire not to leave a story unfinished, or just because I wanted to punch Sephiroth's stupid smug face, something else kept me going. 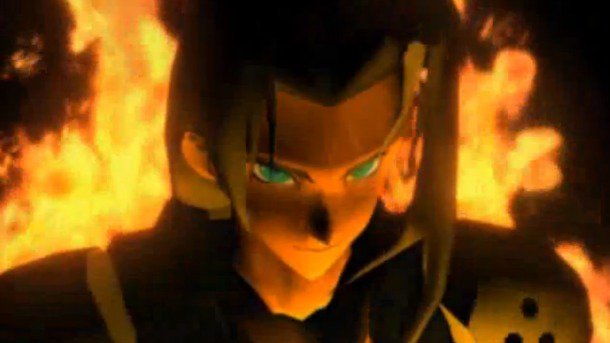 Look at it. It's just so punchable.

On the topic of the characters: I'll put this out there now, I don't like Cloud at all. He's a mopey, angsty teenager to whom I felt no connection and whom had no reason to care about. I would have much rather seen one of the others in his position, because there were a few characters that I liked quite a lot.

Cid was probably my favorite out of the party, with his grumpy old man demeanor and no-nonsense, get-‘er-done attitude, but he's not really Final Fantasy main character material. The best choice, in my opinion, would have been Aeris (Aerith? Seems to depend on who you ask). She's the one with the connection to the Planet and the Ancients that you need to stop Sephiroth's plan and, despite being a Cetra, she really seems the most human out of all of them. Plus, it would make that scene (you know the one) and what comes after much more interesting. How would players react to losing someone who wasn't just a character, but was their main character? I guess we'll never know.

The point is that there really were some good characters here. Cid and Aeris were great, and Cait Sith had an interesting arc if nothing else. I really started feeling for Tifa near the end, while Barret at least made me chuckle.

These two have the best conversations.

Similarly, while I couldn't get behind (or follow) a good bit of the story, it did have its moments. It started off strong with Barret's group fighting to stop Shinra's Mako harvesting operations, and thereby save the world. Okay, so far so good.

Things got a bit muddled when Sephiroth, Meteor, and the Weapons were thrown into the mix. At that point I actually started rooting for Shinra: They had a plan to destroy Meteor to save the Planet, and their giant cannon killed two of the rampaging Weapons and knocked down Sephiroth's barrier so that we could get in to fight him. I might not agree with all of their ideals or methods, but holy crap, go Shinra!

Mind you, Cloud's group was working against them this entire time, trying to make sure that they didn't achieve any of their goals. Then there was the fact that Cloud kept accidentally doing all of Sephiroth's work for him. I'm not entirely convinced that I was playing as the good guys for the second half of this game, and it was a really good thing that Aeris was awesome enough to get everything ready to save the world before she died. 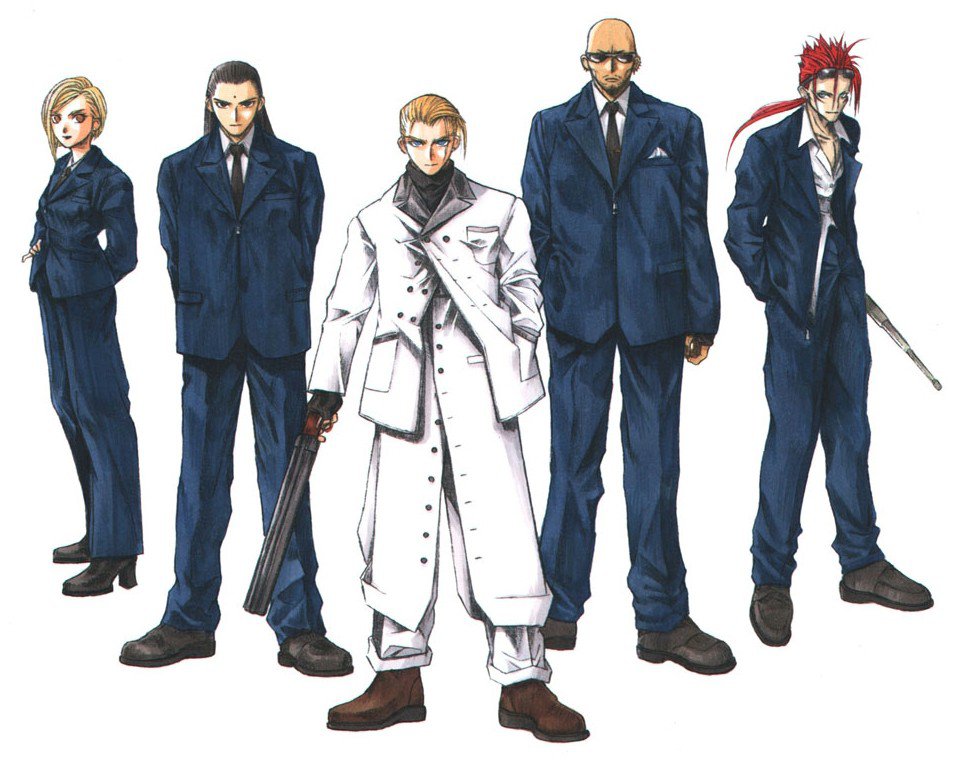 To give credit where it's due, this game did have some of my favorite music out of the entire series: Those Who Fight Further, J-E-N-O-V-A, and of course One Winged Angel were excellent battle music.

Beyond that, I think the rest of what kept me invested was the challenge of it. Sephiroth threw down the gauntlet, and I couldn't stand to leave that unanswered. It's the same reason I now want to go back and face the Weapons: Just because they're there. It's a challenge I haven't completed yet. That, and there's something to be said for the habit-forming repetitiveness of an RPG. Flawed or not, this game definitely has that odd brand of addictiveness, and plenty of it.

Again, while I really can't in good conscience say that Final Fantasy VII is a good game, it certainly has good elements. I see it as something of an experiment: Square Enix was playing around with their new technology, seeing what it was capable of and what people would enjoy. While it does stumble fairly frequently, I suppose you can't make an omelet without breaking a few gameplay mechanics.

Finally, while not from the game itself, this clip from Final Fantasy VII: Advent Children is still one of the most badass sword fights ever:

If any of you are rabid FFVII fans and want to tear me a new Materia slot, you may do so on my Twitter @Eric_P_Henn.

Also, please consider contributing to our Patreon so that we can get ourselves to cons and keep our server running; the poor thing's been all broken up ever since it watched Aeris die.