How Biographies and Epitaphs Make A Better Game 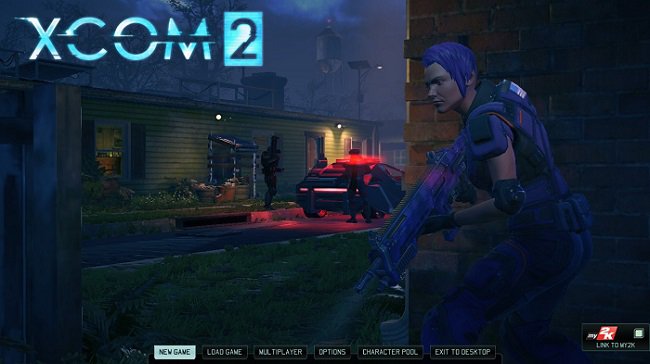 I remember the moment my friend Jack "Duff-Man!" Hottum died horribly at the hands of plasma fire. It was 1:22 AM, and I shouted at my computer with enough force to wake up my sleeping wife in the next room. I had been stretched to the limit, and after trying for over an hour to plan every move carefully in this overmatched mission, I had lost my friend to a terrible fate. I messaged him on Steam, where he was too in the middle of an alien invasion. "Did I do anything cool?"

"13 takedowns in 8 missions. Died saving my ass in a five against one." 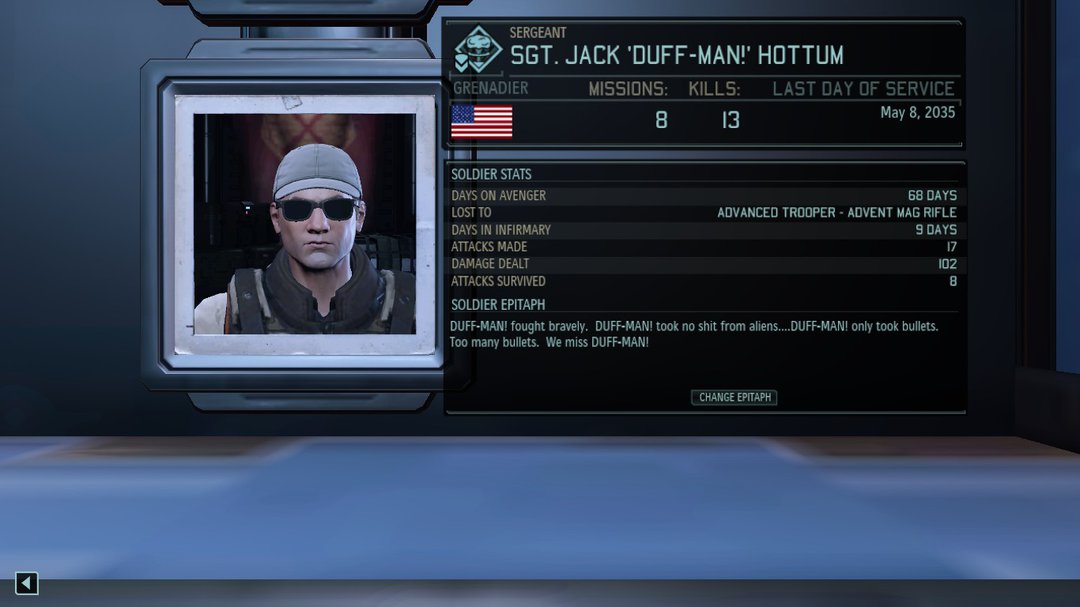 I miss you, DUFF-MAN! I had no better bullet sponge than you.

"Worth it," came the reply. "I lost you to a car exploding."

I still remember X-COM: Enemy Unknown very fondly. I can recall specific moments and turns where my Ironman attempts fell to pieces; as an example, I remember with clarity when I watched my favorite sniper, a friend from college, was turned into a Crysalid drone and promptly started murdering their girlfriend on screen. One of the best things I did when the game came out is invite about twenty or thirty friends to a message post on facebook, where I put down play by plays of who died and who acted heroically. My friends, some not huge into video games, still followed and commented, cheering and jeering as things happened and I posted screenshots, suggesting or betting when the next one of them was going to die. By the end of the experiment, I had over 80 comments on that thread, and a single player game had become a multi-player experience.

X-COM: Enemy Unknown was an amazing game that I sank many, many hours into. XCOM 2 just came out this last week, and I know I'm going to sink in more hours into this one than I did the original; there's many reasons for this, from the missions being more exciting, to better graphics, to there being more challenges and procedural maps... but I know the real reason why I'm going to stay addicted. It's in the characters: not the named heads of engineering and science that are helping me fight, but the nameless soldiers that live and die by the luck of every mission. In the original, you could name them and change some small cosmetics. Here, the options for customization have doubled, to where you can choose the nationality and the gender. You can name their weapons. Perhaps most importantly, you can give them biographies, and when they die, you can give them epitaphs. 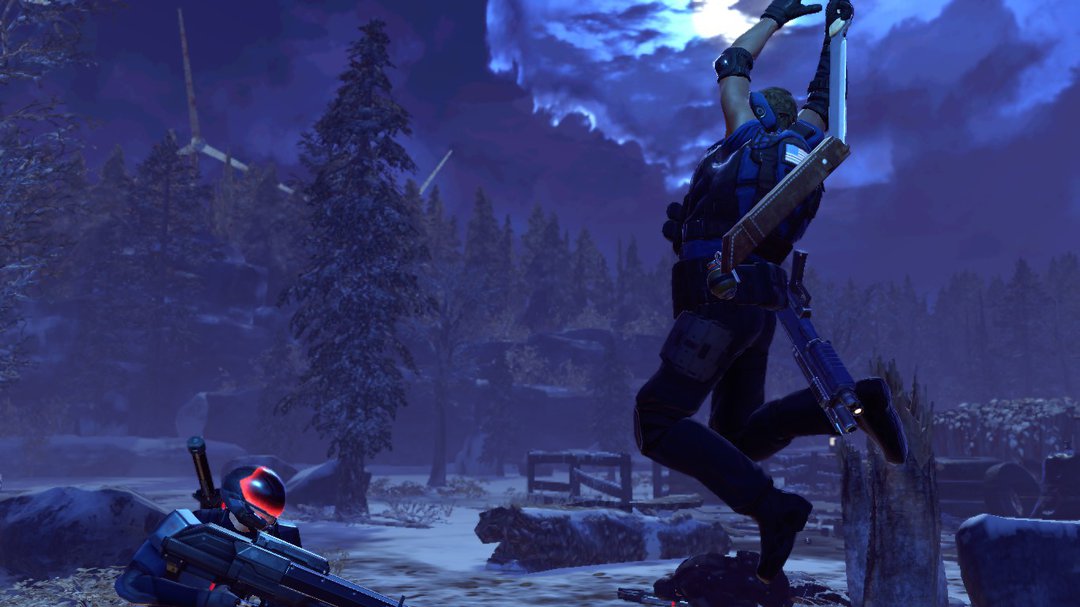 My friend Jack and I loved the original, and so when it came out, he swung by the house, and we played through some of the content of XCOM 2 together. He was my first grenadier, and the look was too perfect. I forget who mentioned it first, mentioning with the hat and the jawline, he could also be Duffman, from The Simpsons. It stuck though, and every time he did something great or terrible on the screen, we made references to that character, back and forth, laughing the whole time.

That was one character, of course. Eventually, I made myself, I made Eric and Zoë and Dana, along with other friends. For Eric, I made him a reference to the heavy from Team Fortress 2, because that's what he's a fan of. For Zoë, well...I made them a part of an inside joke that's gotten out of hand. I named a character after my wife, and when she died terribly fighting off Vipers, I ended up buying my real wife ice cream and flowers: she was very confused as to why I looked so apologetic. Naming and giving stories to your characters is addictive and immersive. I find myself on my first playthrough loading missions I had nearly finished, because I couldn't bear to see a good friend die. 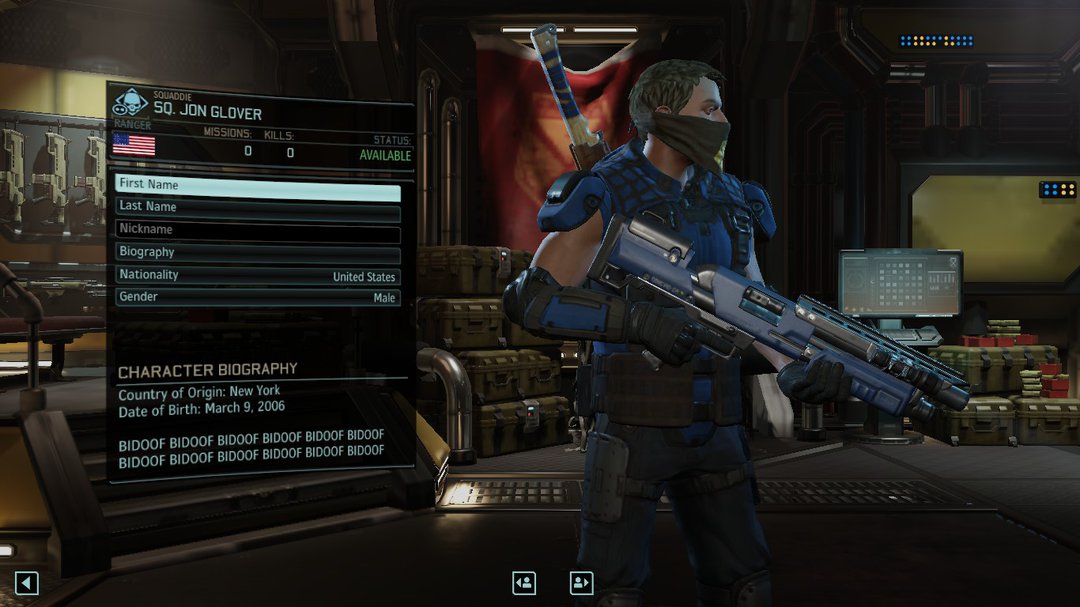 You Pokémon loving bastard, I keep you around for that handy sword of yours.

I already have two missions that I remember with crystal clarity: the first was one where everything had gone wrong, where I had no control over the fight. Most of my crew was already wounded, shaken by my first real fights with mutons and ADVENT Forces that suddenly had armor attached to them. I was forced to use soldiers with less than maximum health and willpower against the enemy, fighting towards fighting an alien machine, while also covering my starting point.

It was a painful, drawn out slugfest, where I had to fight through the forest towards the beacon, revealing more and more enemies that came out of both sides of the map edge. My snipers and heavies had to hang back, covering my position while rangers and specialists bolted forward, trying to get to the beacon. I was so stretched out, and attacked all along the line. As reinforcements appeared from everywhere, it seemed impossible that I was going to be able to get my extended troops back from the beacon to escape. 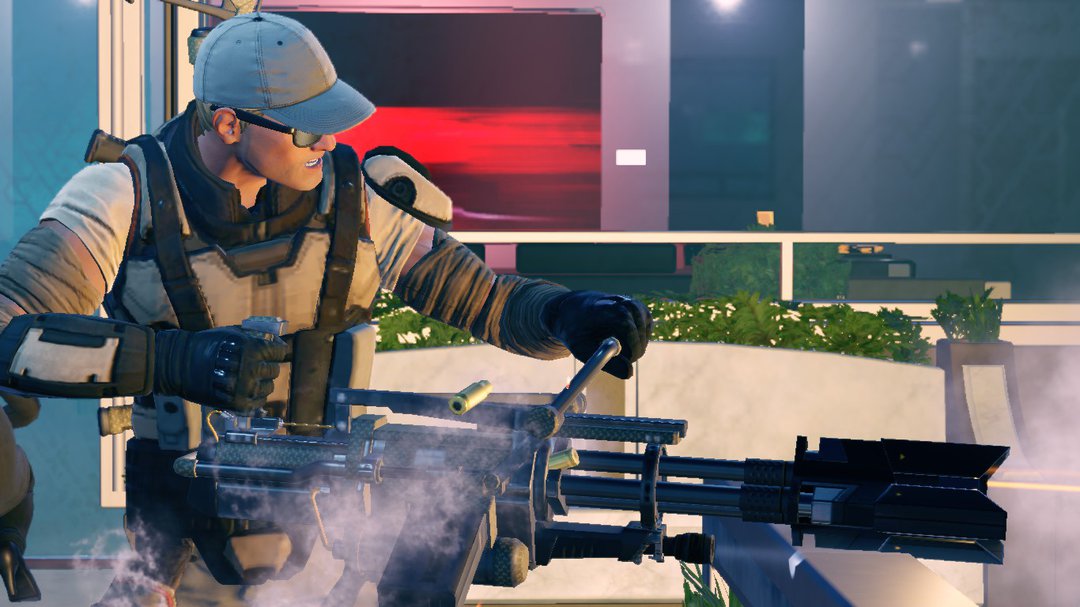 This is when the aforementioned Duff-Man walked out into an indefensible position, taking the hit for my team. He opened up with fire and grenades, pulling all of the aggression he could while my leads finished the beacon. He lasted a full turn before collapsing under the withering firepower, and one of my rookies, who would become my newest grenadier because of this mission, picked up his body and walked it back to the evac zone. I know recovering the body perhaps served no real purpose, but I felt as though he earned a proper funeral.

There was another, where I had to send rookies to back up my only healthy set of troops as they went to capture a hostile VIP. There were enemies everywhere, and we managed to sneak into the base, right near the VIP, but we ran into a problem: running to subdue him would set off all the aliens behind and before us, and he was positioned right near the back door. Trying to get him first would end in the alarms sounding without the chance for an ambush.

So, while on the inside corner of the building, my snipers went into overwatch with no lines of sight set up. My rookies took spots near the doors and also went into overwatch, while Ranger Zoë threw a grenade at the corner of the building. The blast opened holes in the wall, and as the aliens ran for cover, my guesswork let half my team fire on them from an unexpected location, and while others tried to run into the building, the rookies were ready.

X-COM 2, and its predecessor are perfect examples of how a game can create its own storytelling, something that’s unique from other forms of media. It’s collaborative and fun, and can lead to amazing moments that aren’t scripted. Honestly, that’s why Dungeons and Dragons is so damn fun: it might be a bit more clunky and archaic to smooth running games, but I have friends that can recite back to me entire scenes from our games nearly ten years ago. They were stories we built for ourselves, and were touchstones to great times spent together. 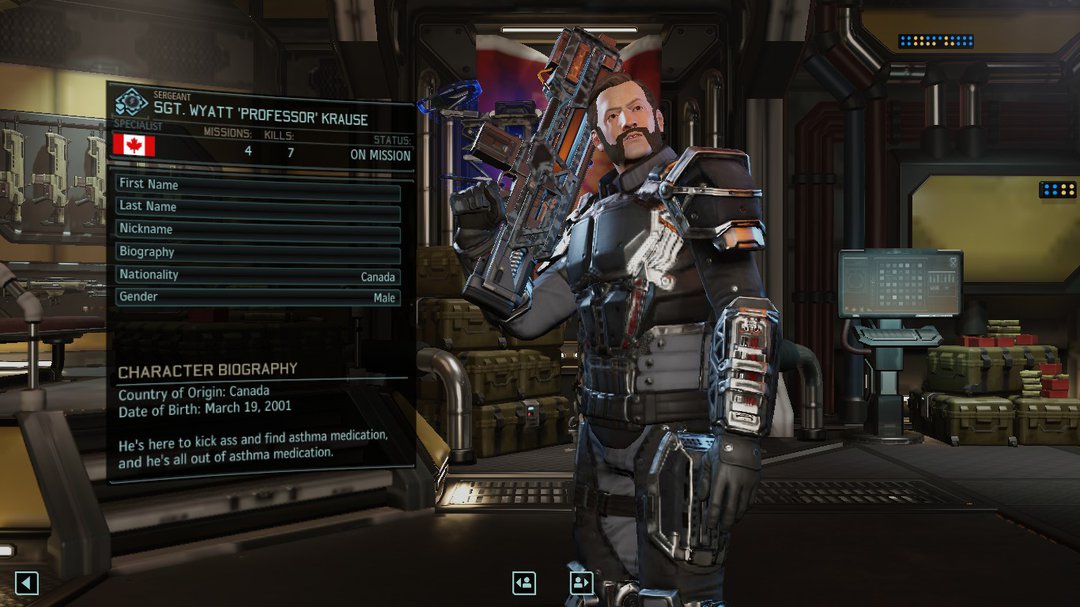 Want to really feel invested? Put yourself into the game, and see how long you last. Better yet, see if your friends are playing the game too, and which 'you' lasts the longest.

If you don’t already name your soldiers in this game after your friends, try it. Try it in other games that let you, like Darkest Dungeon or even a Sims game. If they are gaming fans, get them to do it back: since X-COM 2 came out, I don’t go a day without hearing how I’ve either saved the day, or died horribly fighting the alien invaders. That's the fun of games like this: not just the plot that's been crafted for you, but the stories you craft for yourself along the way. I know that when I finish this first round of play, I'm going back through on the unsavable Ironman mode, and I hope my good friend Jack won't take it too hard when he's again put in harm's way.

Have you been busy fighting the alien invasion? Do you have a story of heroism, or noble sacrifice that you would like to share? Leave it for us here in the comments! Want to get in on later articles and discussions? Follow our Facebook or our Twitter to keep in touch, or even go to our Patreon to fund our desperate resistance against the insidious Sectoids.