Architects Of The West Kingdom Review 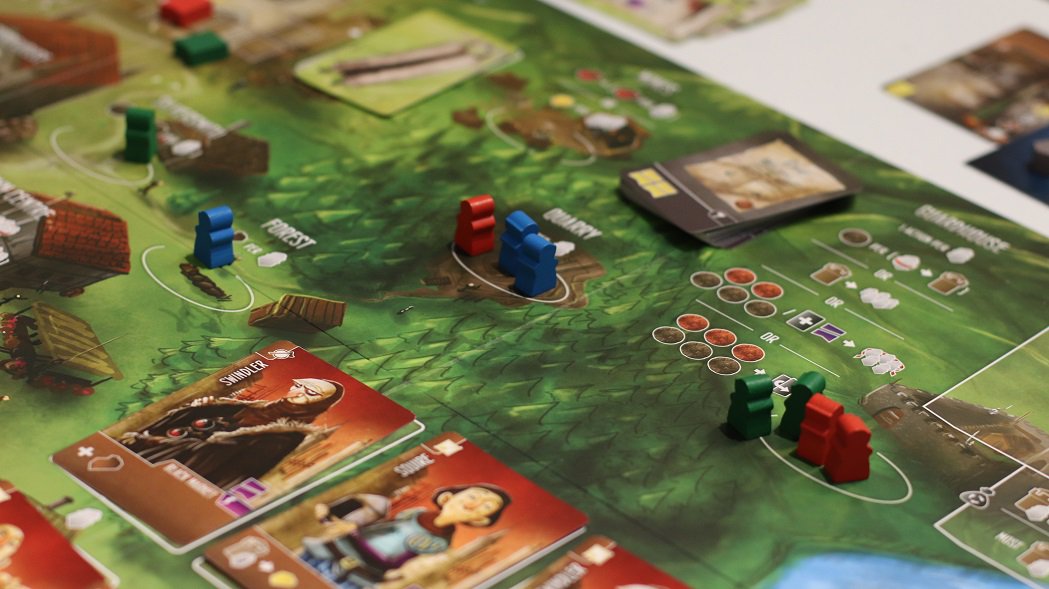 Architects Of The West Kingdom

Architects of the West Kingdom is the latest board game in a line of “It's a standard worker placement game, but…” style of design. The previous one we played that we enjoyed was the great Raiders of the North Sea, so we were a bit surprised when we found out this game all about building a cathederal could be more cutthroat than vikings. The new differing feature in Architects is the ability to take your opponents’ pieces off the board. It adds an aggressive element that’s nearly unheard of in worker placement games; usually the closest thing you get to player interaction is taking the space that your opponent wanted. 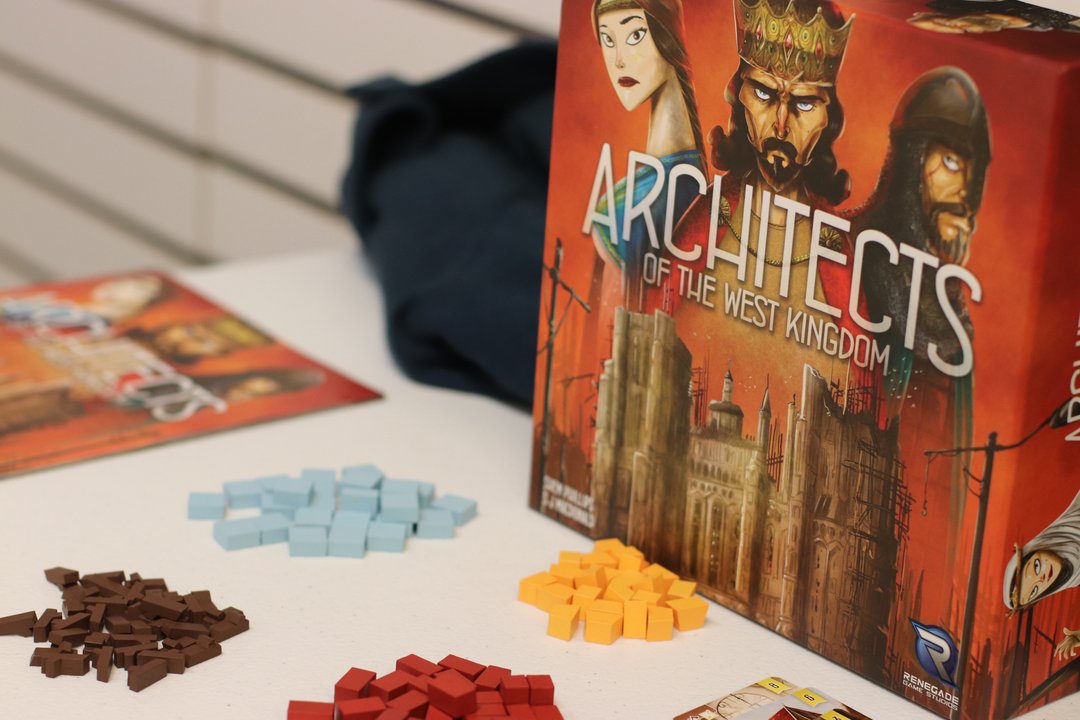 Architects is actually a perfect example of a sort of cultural shift that’s happened in board gaming over the last few years. Eurogames (also known as German-style board games) are traditionally light on random chance and direct player interaction, but heavy on strategy and resource management. Games like Carcassonne and Splendor fit into this category. They’re like stately old manor houses: Impeccably designed, perfectly kept, and a bit dry and stuffy.

Competitive American games tend to be the opposite: Dice-rolling messes where you aren’t just trying to do better than your opponents, you’re actively attacking or working against each other. These aren’t just about developing the perfect strategy and playing it out, you also have to react to what’s happening in the game. Think of the classic games you used to play with your family like Risk, or new hits like Dice Throne. These are more like funhouses at an amusement park: Chaotic, exciting, and not entirely rational.

In many ways, Architects of the West Kingdom takes the best elements of both. Its foundation is a traditional worker placement Eurogame, but it also has an 'Take That!' mechanic built in, which drastically changes the overall structure. Basically, Architects of the West Kingdom is like if Agricola and Dice Forge had a baby that grew up to rebel against both parents to go to engineering school.

Sorry, I ran out of architecture metaphors.

Building A Better Board Game

In many ways, Architects of the West Kingdom plays like a classic Eurogame. You put pieces on the board, collect resources, build structures, and try to earn more victory points than anyone else. However, there are two major differences that break up the monotony. The first difference - and the one that stands out the most - is the Take That of capturing your opponents’ pieces off the board. The second is the fact that most spaces on the board become more useful as you play more pieces to them, either by giving you more resources or extra actions per piece at that location. 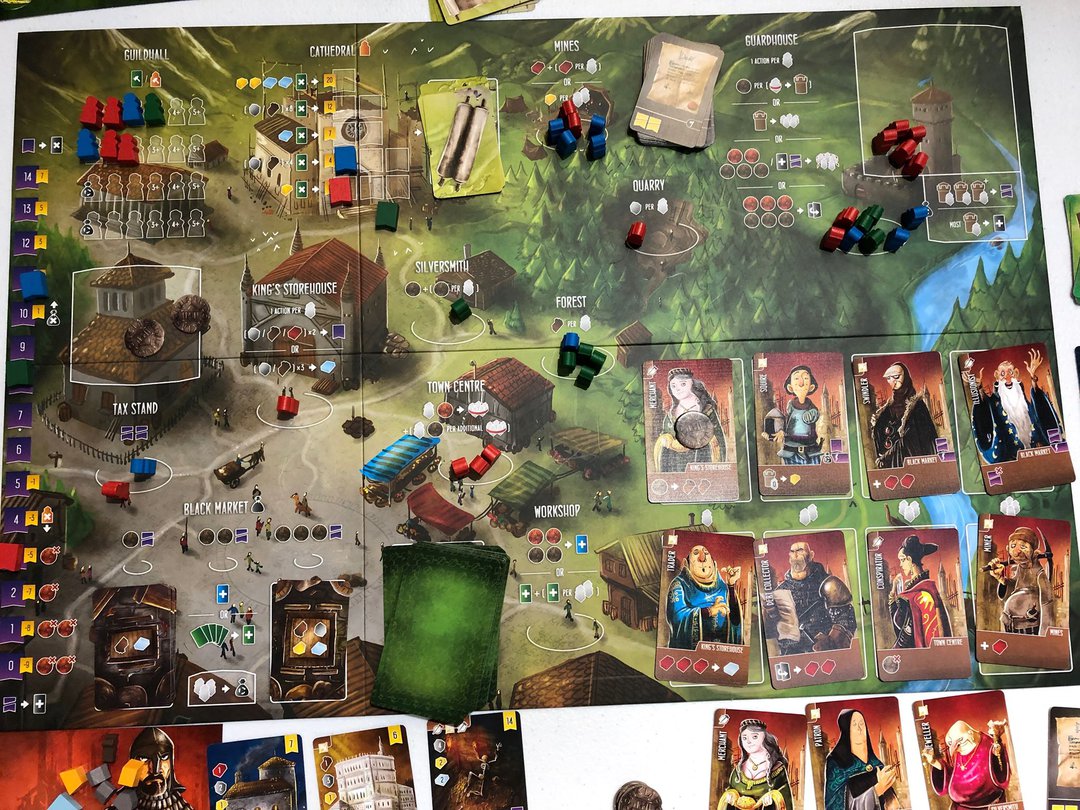 Here's a top-down look at the full board. If you can't tell, there's a lot going on in this game.

What this leads to is a constant ramping-up of power, and therefore creates a need to slow down your opponents. If you just let them go, you might find they’re gathering an absurd amount of resources and very quickly outbuilding you. There’s also one other benefit to capturing pieces: you can send them to jail as a way to earn extra silver. While your opponent can free their workers directly from you, it’s pretty expensive to do so, where they have to pay money. If you don’t need the silver, just holding on to them is a viable strategy.

Speaking of viable strategies, there are a lot of them. Do you want to take shortcuts by visiting the Black Market, stealing from the Tax Stand, and building valuable but ill-reputed buildings like the Dungeon? It’s an easy way to get a lot of points, but your Virtue will suffer and you’ll find yourself barred from working on the Cathedral. On the other hand, you could keep your nose clean and work on the Cathedral every chance you get. It’s not worth much at first, but the value builds quickly and each time you work on it you also score a Reward - generally an extra point of Virtue and some resources. 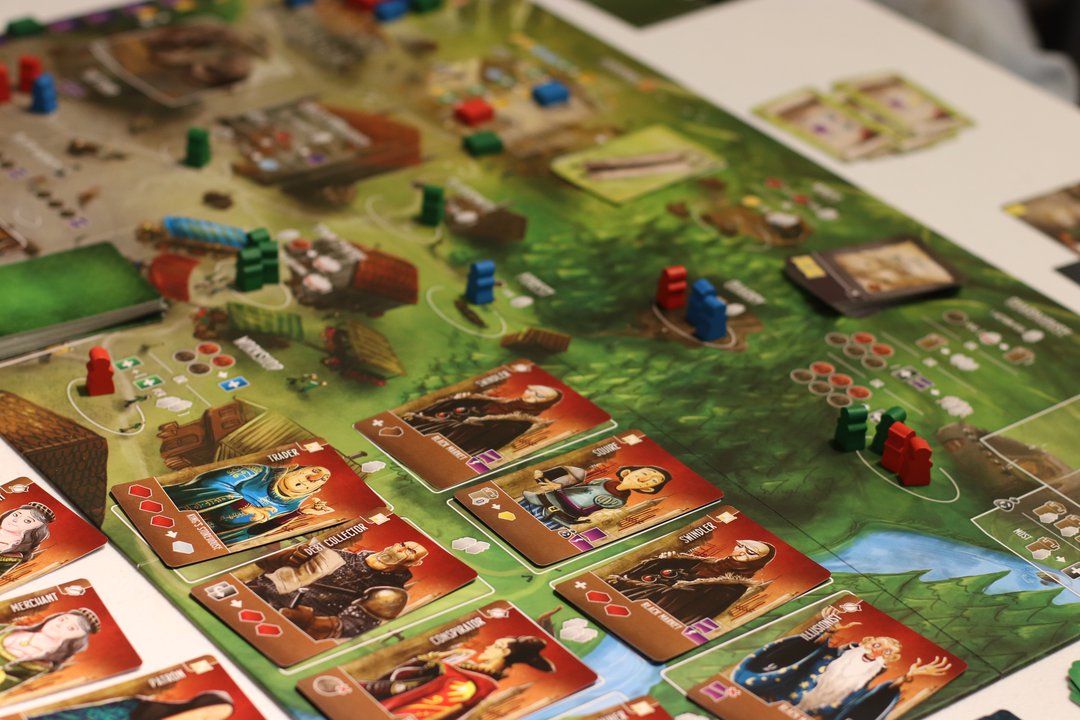 The advisors you can hire add to the flavor of the game - hiring thieves gives you valuable ways to manipulate the black market, while monks stack on bonuses for working on the Cathederal.

While most worker placement games have some mechanism where your pieces will automatically come back to you, Architects instead uses an unusual sort of life cycle for them: Build a strong workforce, then workers get captured, then workers go to jail, and then you free your workers from jail and get them back so you can play them again. It takes some extra steps, but it also gives you more options in how you play. Everything else happens so quickly, especially with the acceleration from putting more pieces on the same space, that the additional actions spent don’t feel like they drag the game down.

Too Few Architects Spoil The Structure

Every board game has a sweet spot - the ideal number of players - and in my opinion Architects’ is four (not counting solo or cooperative play). If there are only two players, they tend to mostly ignore each other or hound each other so closely that nobody can accomplish much. Three players works pretty well, but there’s a rule that in two and three-player games you capture two sets of workers instead of one when going to the Town Center. With three players capturing twice the amount of workers, it again can feel difficult to make any real headway. 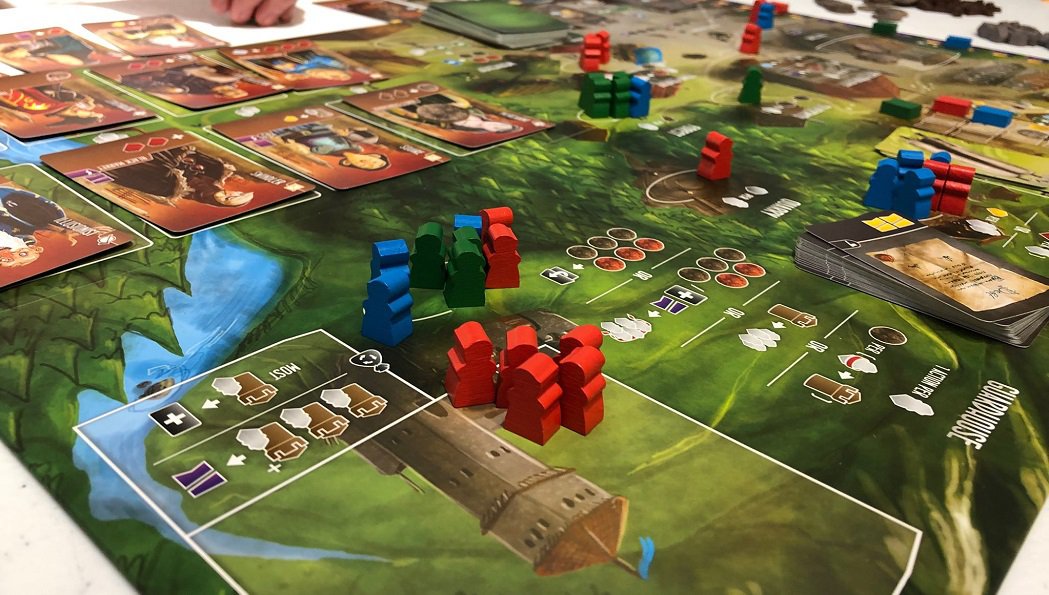 In fact, the first time we played Architects we had three people and I had overlooked that rule. It actually felt pretty solid without it right up until the end, when nobody needed silver anymore and everyone was focusing on their own buildings. At that point we began running dangerously low on workers, but most of the game played just fine

I feel that having four players strikes a good balance between player interaction and the ability to actually stay on the board. Five is still pretty solid if you have a good group, but every player adds another chance for the game to get bogged down in Analysis Paralysis, as well as another person taking your carefully-placed workers off the board.

If You Build It They Will Come (Back)

One of the big questions for any board game is how replayable it is, and this is another place where Architects of the West Kingdom shines. It will take you an hour or two to get a handle on the rules, especially all of the different symbols. Once you understand the 'language' however, it’s actually quite easy and feels good to play. The rules are complicated, but the actual gameplay is pretty simple: Just put down one piece and do whatever the location says. With quick turns, strong mechanics, a wide variety of apprentices to hire and buildings to construct, and an overall playtime ranging from around 1-2 hours (depending on how many players you have and how experienced they are), Architects is something that you can come back to again and again. My no-good attempts to being a black market jerk didn't work this game, but there was enough variety that I wanted to come back and try a new strategy.

If you eventually get tired of the same old thing though, there are also a couple of variants for you to play with. In basic play all of the character mats are exactly the same, but each also has an alternate side with a unique ability to shake things up. One character draws a free building card when visiting the Black Market for example, while another committing tax evasion pays one fewer silver for taxes. They also have different starting setups; Caroline for instance starts with ten silver and eight workers already in prison... just what has she been up to? If you find you’re getting bored with the standard setup, the variant play changes things up wildly.

Architects also includes options for solo and two player co-op play against an automated opponent. I wasn’t sure how well a deck of cards could play a game like this, but it was actually fairly challenging.

The “bot” (for want of a better term) doesn’t collect or use resources to construct buildings, but still has a lot of cards that send it to resource-gathering locations. While that might sound strange, it’s actually a very smart design. It mimics a player’s need to spend turns visiting those locations, but doesn’t cripple the bot’s ability to build when it’s sent to the Guildhall. It also has a couple of other unique abilities to protect it from random chance, namely being able to visit the Black Market or work on the Cathedral regardless of its current Virtue. It's fun, and again another way that Architects gives you another option to play. There's a lot of value in this box.

The Essential Question: Who Is Architects For?

Architects of the West Kingdom takes a typical Eurogame and gives it a shot of red-blooded Americana. The traditional worker placement mechanics have been spiced up with constant acceleration and an aggressive aspect not usually seen in these games. This unusual blend of mechanics makes it an ideal gateway into worker placement Eurogames, or a great game in its own right when you’re not looking for something too heavy or lengthy. 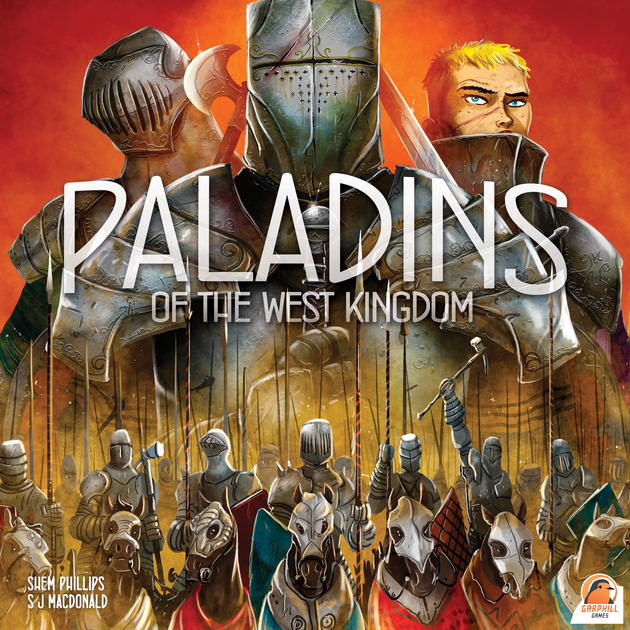 Fun fact: a related game, Paladins of the West Kingdom, will be coming to Kickstarter in March!

3 Minute Board Games described Architects of the West Kingdom as “worker placement on speed,” and I really can’t sum it up it any better than that. As someone that usually can't get into worker placement games, I enjoyed this one a lot, and that should say a lot by itself.