Ardacious Brings Us A New Suite of RP Tools 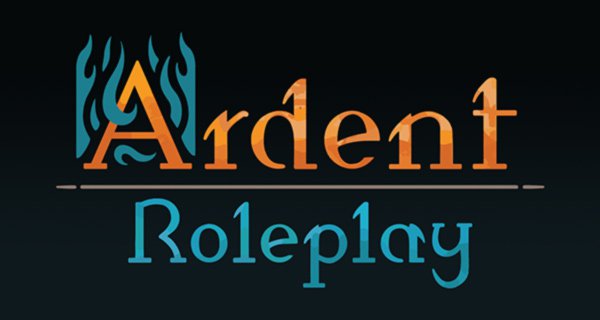 What Is Ardent Roleplay?

Ardent Roleplay is an AR (augmented reality) app designed to enhance your tabletop roleplay sessions. I had the chance to talk to Dr. Ralf Muhlberger, the founder and CEO of Ardacious, who demonstrated some of the app’s features for me. The idea of a TTRPG augmented reality app might seem a little silly at first, but I quickly found out how much you could do with the concept.

For example, say the players are going to a witch’s hut - the GM would create a “hut” scene with all of the appropriate scenery and characters. However, the GM could also make a bunch of copies of that scene in different states, like: 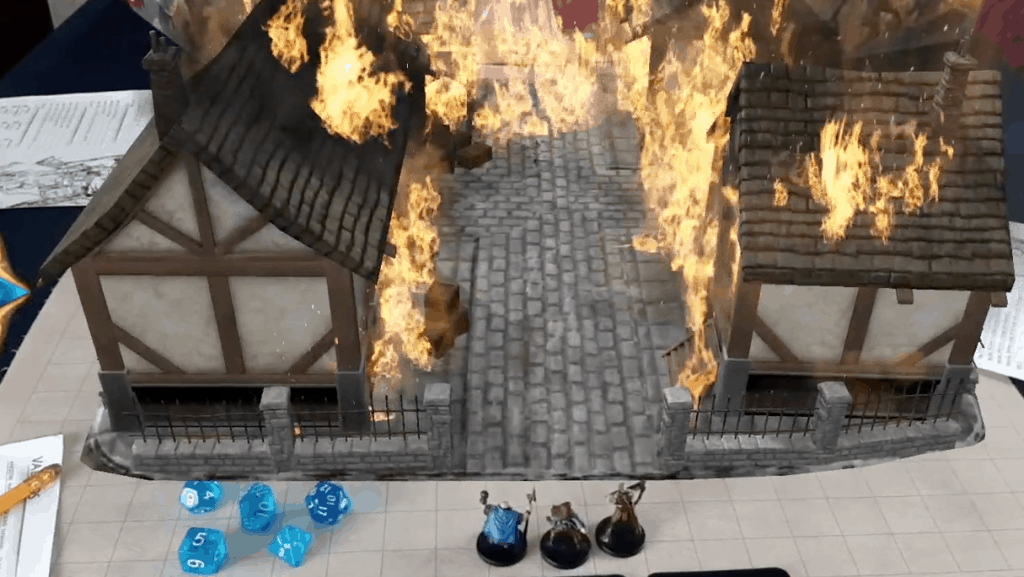 Uhh... it was like this when we got here?

There are a number of other useful features that come with the ability to make different states, which I’ll get to shortly. Do note that, as it is now, Ardent Roleplay only has minis and terrain for two settings: fantasy and Lovecraftian horror. Ralf mentioned that they’re planning to expand into other genres (most notably sci-fi), but they aren’t quite there yet.

Ardent Roleplay works with print-and-play cards, which you can link to various character and terrain models in the app. Then, by pointing your phone at a card, you’ll see a 3D render of whatever model or models are linked to it. The app can even read the cards through a computer monitor (as I saw firsthand during my interview with Ralf), meaning that Ardent Roleplay is fully compatible with online platforms like Roll20 with a little bit of work. Of course, players and GMs are going to end up using this system a little differently.

For Players: Players using Ardent Roleplay don’t have to do much besides download the app and pick a character model. However, the app does come with a couple of handy features such as allowing players to go back and see previous scenes, take pictures, and save notes.

For Game Masters: As always, GMs do most of the work but also hold most of the power. The GM features are where Ardent Roleplay really shines, especially the ability to make different scenes and “states” for each scene.

Why Is Ardent Roleplay?

As the team developed and experimented with the app, they realized that an AR app could help to fix any number of what he called “pain points” - that is, inconveniences or flaws that gamers have always just had to cope with.

Here are a few examples:

Cost: Tabletop games like D&D can cost a lot of money, and I’m not just talking about books. Maps, terrain, and minis can all help to boost the experience - and, unfortunately, the price. This is what Ardent Roleplay was originally designed to fix: By subscribing to this one app, you’d get access to all of the “minis” and terrain you could ever need.

Hidden Information: If one character is supposed to know something that the others don’t, traditionally that means the GM has to either tell the table and trust the other players not to metagame, or break the gameplay flow in order to pass that player a note. With Ardent Roleplay, the fact that you can show different players different states of each scene means that you can quickly and easily communicate what each individual character is seeing. 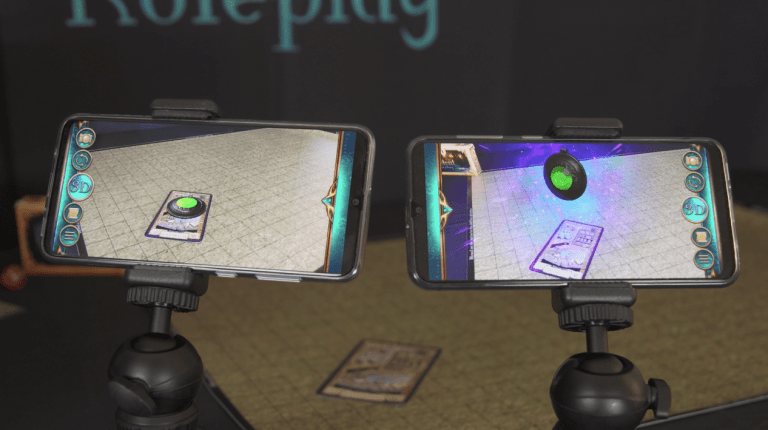 For example, if your party comes across a letter written in Elvish and only one character speaks that language, you can show that player the game state where the letter’s translated. Meanwhile, it still looks like nonsense to the other players. You can do the same thing if there’s a hidden trap, enchanted item, or what have you - you can mark those things with various graphical effects, and reveal them only to the characters who have a reason to know they’re there.

Character health: Hit Points (HP) are an important part of any combat-focused game, but talking about them tends to break the immersion. That’s why most roleplayers have heard the old joke about, “On a scale from 1 to 58, how hurt is your character?” (referring to HP without actually referring to HP). 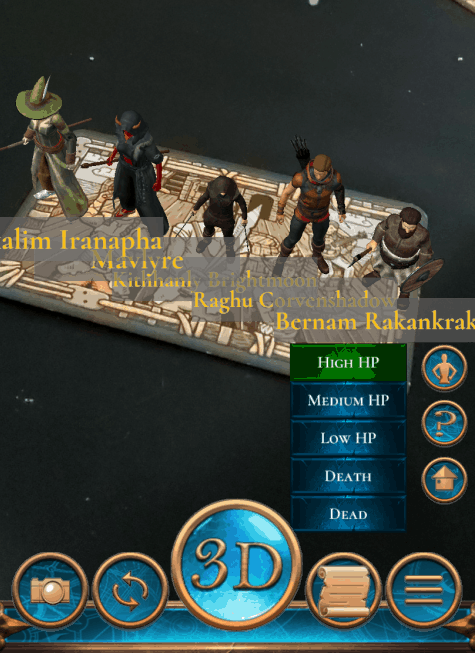 Players can see the party and choose how healthy their own characters look at the moment.

Ardent Roleplay has an answer for that issue, too: Your character model comes with a variety of poses ranging from healthy to dead, and a few stages in-between. Since all you have to do is point your phone at the “party” card to see everyone’s characters, this encourages players to both stay immersed in the fantasy (by not talking about mechanics like HP) and also to keep an eye on their teammates.

Incidentally, the monsters also come with various poses and animations that the GM can use. During our demonstration Ralf showed me a dragon’s breath weapon and death animations. They were fairly simple animations, but more than a plastic mini could do.

How Much Is Ardent Roleplay?

At this point you might be wondering how much all of this costs. The good news is that Ardent Roleplay starts at a very affordable $0.00! The free subscription will give you access to most of the app’s features right off the bat, and the paid subscriptions just give you access to more models - though to be fair, it’s a lot more models. Also, while you can print and play many of the cards, there is the possibility of buying decks of Tarot-sized premium cards through DriveThruRPG to use as well.

Regular players can get a personal subscription for $5 a month, which lets them use anything out of the subscription catalog in any games they’re in.

The GM subscription is a bit pricier at $15, but allows them to use the catalog models in any games they run, meaning anyone playing in those games can also see and interact with those models. 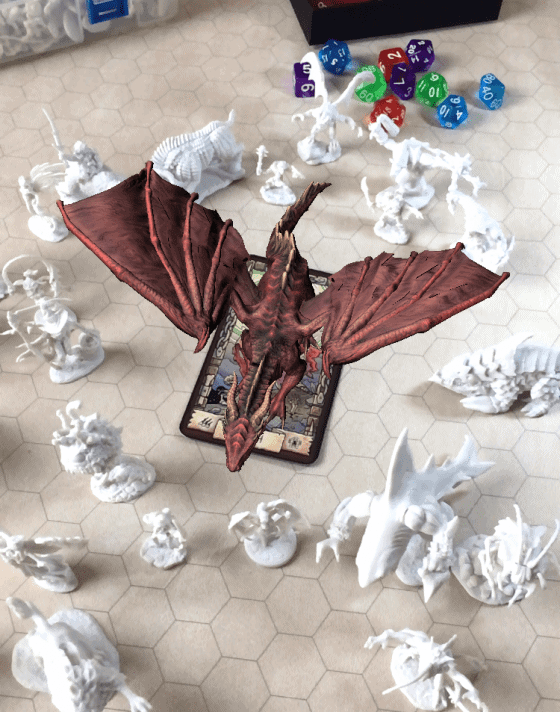 Ralf also mentioned that Ardacious has plans to let users buy individual models from the catalog in the future, which he expects will be what most regular players choose to do - just buy what they need for whatever character(s) they’re playing, and have those few models forever. GMs, however, will probably find it more cost-effective to stick with the monthly subscription.

Finally… How Is Ardent Roleplay?

I have to say, I was very impressed by what I saw of Ardent Roleplay. There’s definitely a bit of a learning curve - especially for the GMs who have to do most of the set up - but there are also some free adventures pre-programmed to help you get the hang of it.

More to the point, I can see the value that this app could bring to a game. On the one hand, I’m sure that AR animations can never replace the feel of playing with real minis on an actual table for some people - and I get it! There’s something about moving physical pieces around a board that no app can copy.

However, Ardent Roleplay has a lot of other things to recommend it. The personalized game states, the ability for players to take snapshots or go back and re-experience previous scenes (because we all know that they’re going to forget stuff between sessions), and even the little animations are nice touches that you just don’t get from traditional tabletop gaming. Plus, given that most of the world is still locked down by a pandemic, the fact that Ardent Roleplay works for online gaming as well is a huge point in its favor. 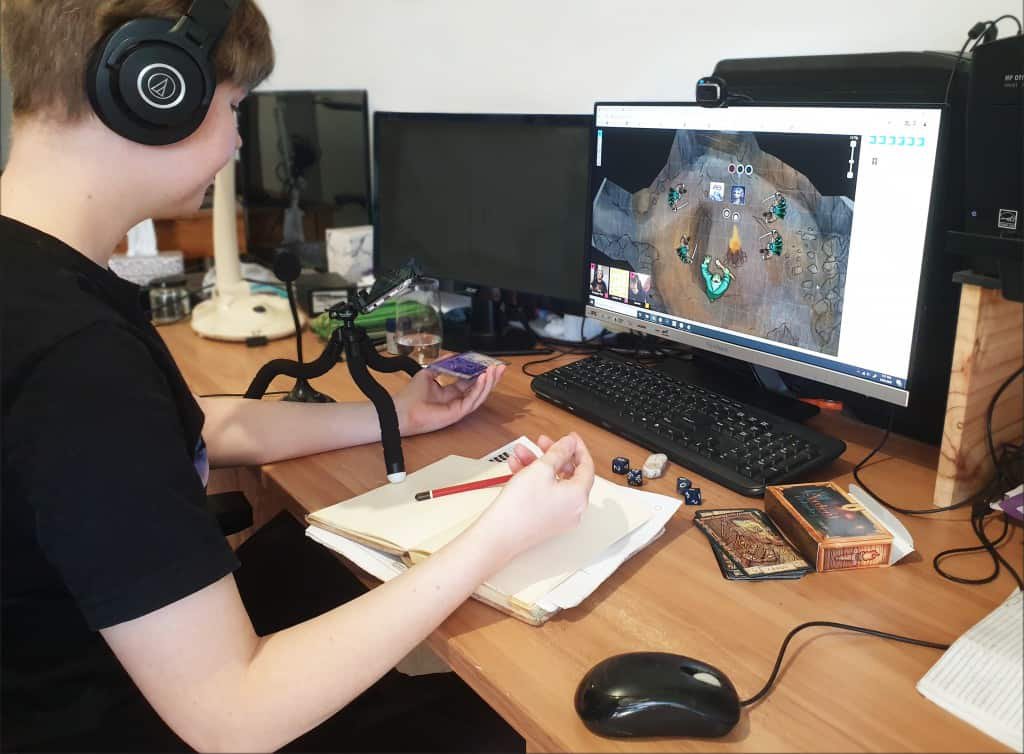 Disclaimer: Friends with consistent schedules not included in app.

All in all, I’d say it’s well worth your time to check out Ardent Roleplay - and remember, time is all you’ll need to spend!