Star In Your Own Awesome Cartoon

Hey everyone, I’m Tabletop RPG Princess, and I’m here today to talk about The Excellents and the Polymorph role-playing system. Yes, I know I’m a [redacted] year old man, but that’s okay; in this game, everyone gets to be a princess! How else do you manage to save the world?

Silliness aside, I was excited to take a look at this RPG so small that it can fit in your back pocket, but deliver big results. The Polymorph RPG system has a lot of potential, and in a lot of ways The Excellents is conceptual proof of what it can do.

Claim Your Crown (And Other Stuff)!

The story of The Excellents is that your character is so into one particular thing that the universe itself recognizes you, and teleports you to Awesome World to be the princess of that thing. But, there’s a catch! Your realm has to be something super-specific. That’s why I have to be Tabletop RPG Princess; Games Princess would be way too big a category (even though I could still totally rock it).

Once you have your realm, there are a few more things you need to pick out. First of all, you need to design your crown. It doesn’t have to be a literal crown, but it does have to be a symbol of your realm and it does have to go on your head. Your crown is the source of your power and authority in Awesome World. Mine? It’s a pretty standard golden crown deal, but instead of jewels, it has dice. Pretty cool, right?

In The Excellents there are four different types of rolls you can make: Heart, Sword, Shoes, and Books, and each princess has equipment to help out with each of them. So now you need to pick those. You fill in the appropriate stars to remind yourself what rolls you’re good at, and then get to the fun part of deciding your gear. 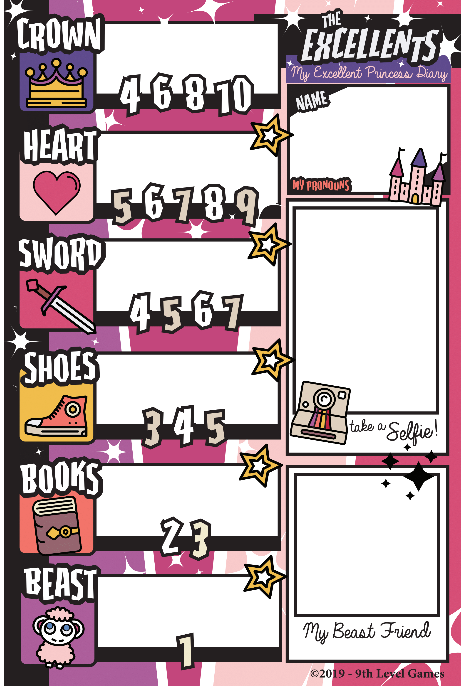 Your Heart doesn’t get equipment, exactly - I mean, what would that even be, a pacemaker? Instead, you get a word that is somehow at the core of who you are. Mine is “fun!” There’s a list of suggestions in the rulebook, but you can pick any word that’s right for you.

Your sword is doesn’t have to be an actual sword (although swords are cool); it’s whatever you want to use as a weapon, anything from a rolling pin to a cannon. I’m a fan of the classics, so mine’s a good old-fashioned rapier!

Your shoes decide what kind of physical stuff you’re good at. If you’re wearing sneakers like me, then you’ll do better on rolls to do things like run and jump. If you’re in boots, you’ll be better at outdoorsy woodsy stuff. There are eight kinds of shoes to choose from, so pick your favorite! 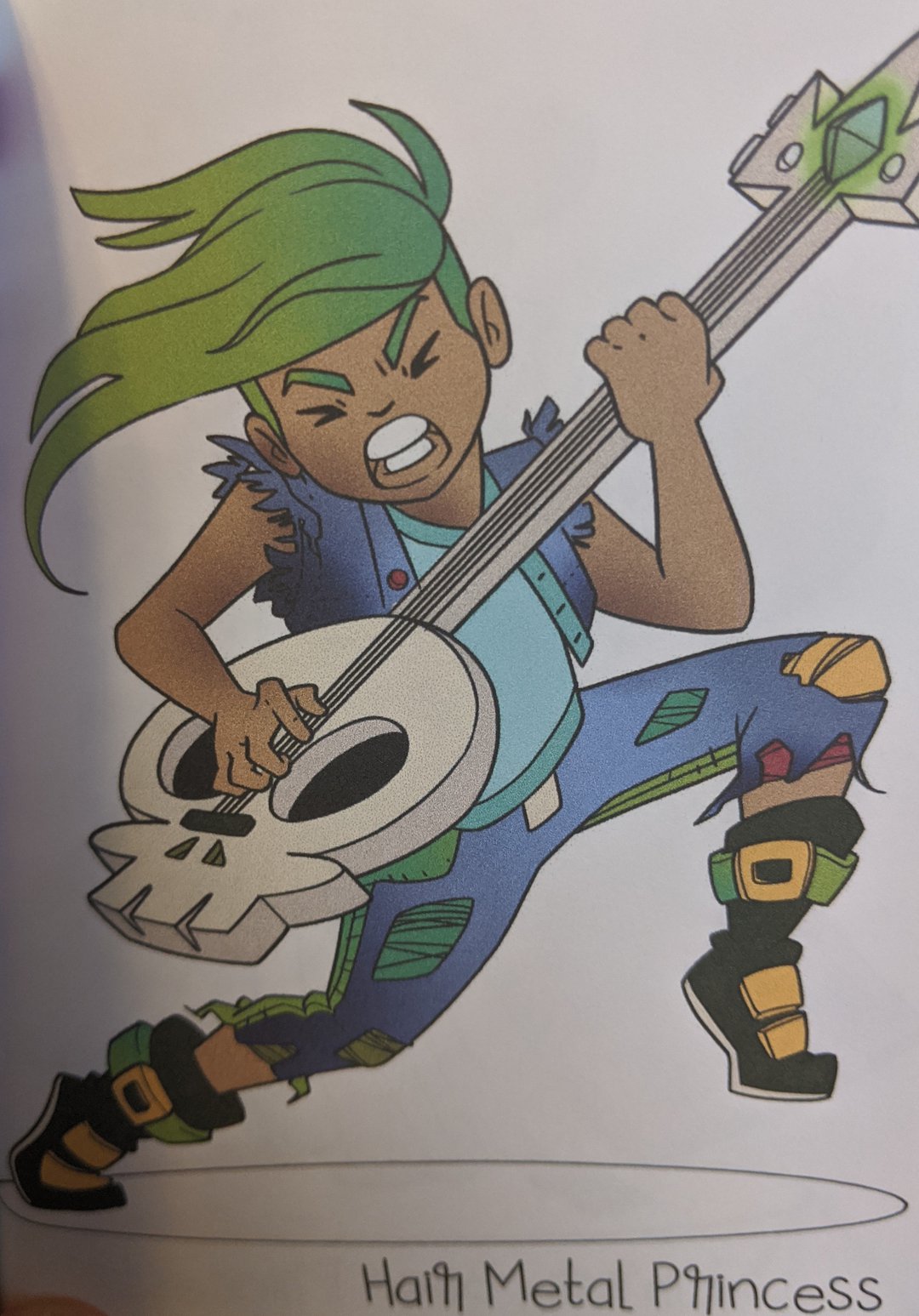 Finally, your book is exactly that; a book that you’ve got checked out from the library. I’ve got a bestiary, but like your sword and crown, your book could be anything. It doesn’t even have to be a real book! I guess you could even try to give yourself The Ultimate Guide To Literally Everything, although the GM would probably say no.

That’s all the different rolls, but we’re not quite done yet. Every princess needs a magical sidekick, obviously, so you’ll need to pick a Beast. Well, it’s called a Beast, but it’s actually a shapeshifting sprite that’s made up of the pure essence of Awesome World, and it picks a form that’s right for you. It doesn’t have to be an animal, either. It could be a robot, or a living puddle of jelly, or whatever you want!

Whew! I know that was a lot of character creation stuff (it’s really not, you can make a Princess in like five minutes), but now you’ll probably want to know how The Excellents is actually played. So, here we go!

The Excellents was really heavily inspired by cartoons, so it’s played in episodes. To make an episode you need a script, and they include a format for it right in the rulebook. Don’t worry, it’s super simple! There are just a few questions that need answering before you jump in. 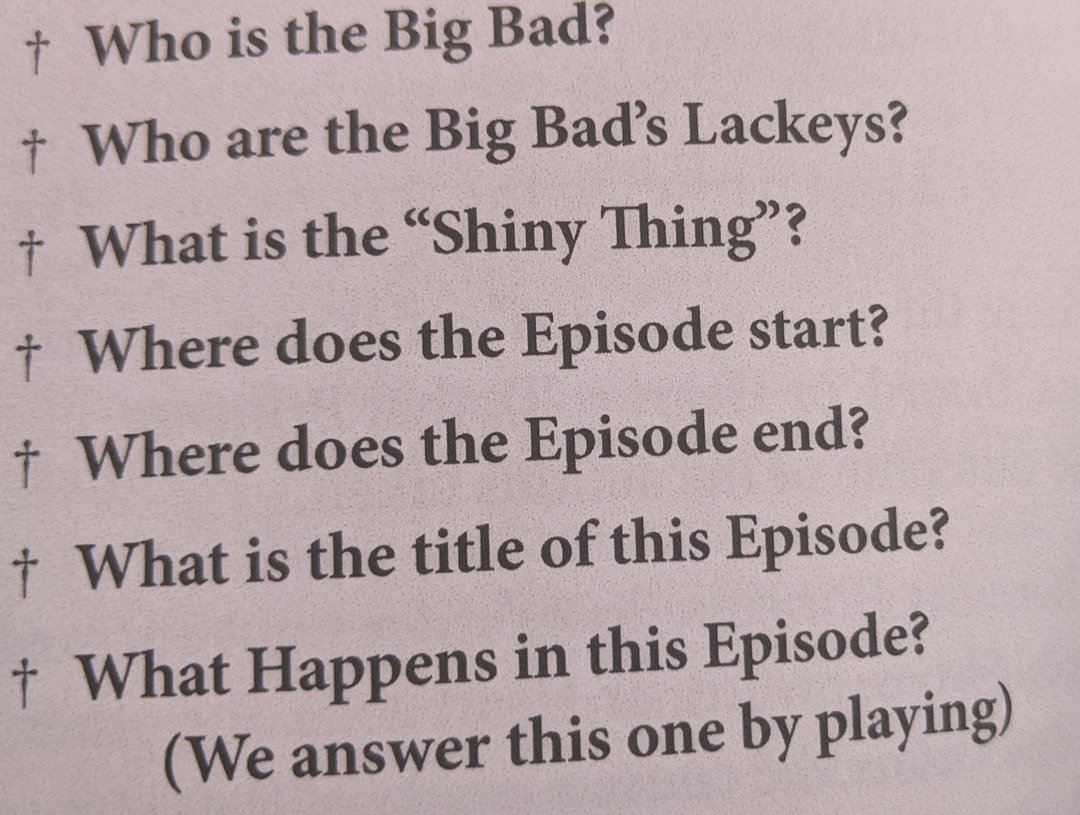 This outline is all you need to start your next adventure!

By the way, if The Excellents has one real downside, it’s that you don’t get much guidance about how to build your Awesome World. There are a few examples of cool places and creatures that the writers came up with, but not a whole lot. On the one hand, it’s kinda cool that you get to make your own world from the ground up. On the other hand, it would be nice to have a bit more of an idea about important places and people and stuff.

So anyway, once you have your episode planned out, it’s time to dive in! The Excellents is pretty light on rules and heavy on story, so be ready to spend a lot of your time roleplaying. But sooner or later it’ll be time to throw some dice (well, one die), and that’s when all that equipment you picked before comes in. If your equipment is somehow relevant to the roll, you get to roll the die twice and pick whichever result you want - basically like how advantage works in D&D. 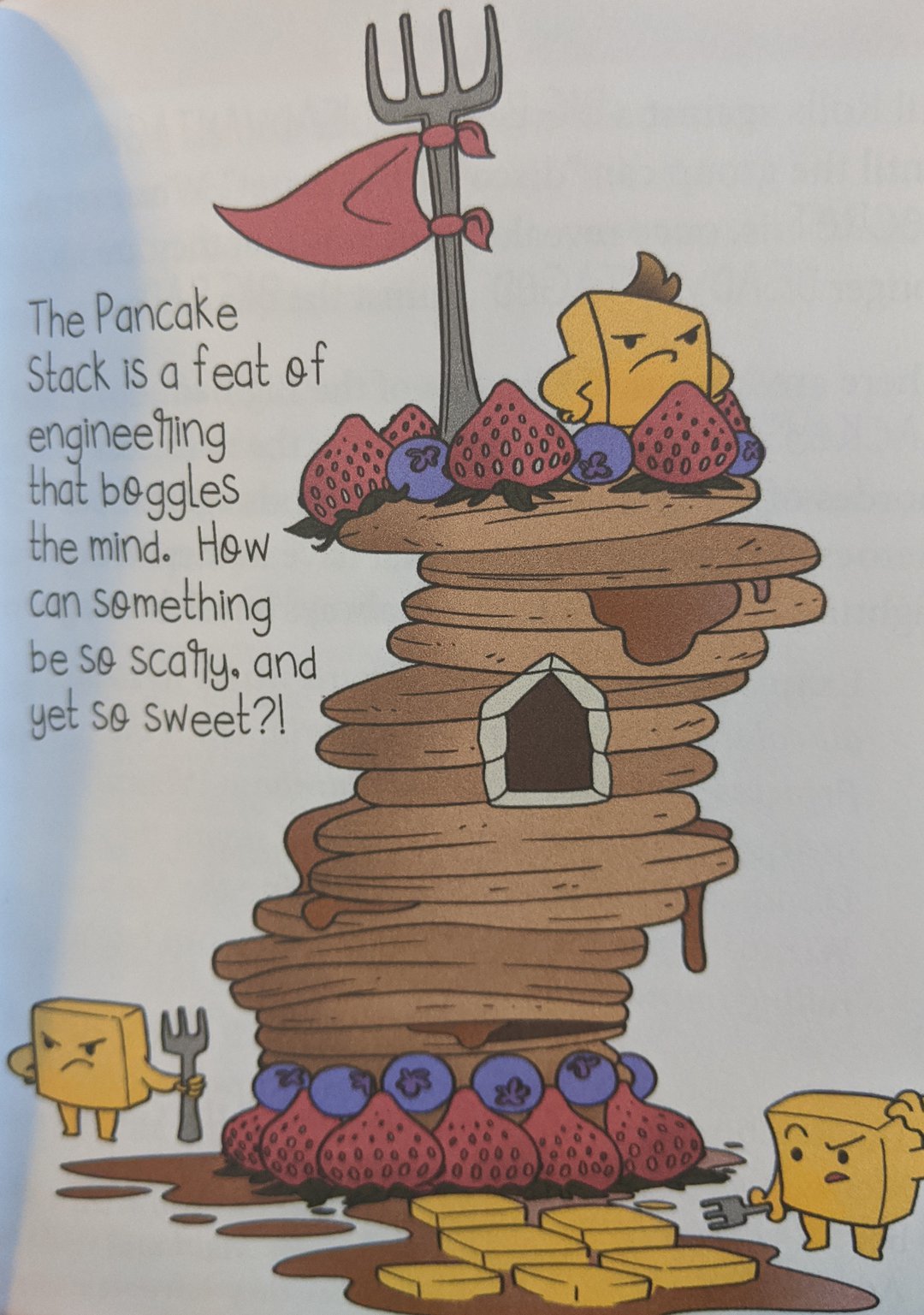 There are some cute ideas to get you started, but be ready to do a lot of your own worldbuilding.

If you get your target number, great! Whatever you’re trying to do works, and you get to briefly take control of the scene to narrate what happens. If not, all is not lost! Remember your crown? If you roll the highest number on your die, and you’re doing something related to your realm, your crown makes sure that you automatically succeed! On the other hand, if you rolled a one, that’s where your Beast comes in. A one isn’t going to succeed at anything, but if it’s something your animal friend could reasonably do, it’ll step in to help out.

And what if none of that applies? Well, then that stinks. Control remains with the GM, who decides exactly how you “fail.” It might mean that you don’t get to do what you want, or that there are unintended consequences, or whatever the GM comes up with.

It’s not all bad, though! Every failure is a chance to learn a lesson, and you’ll get a Lesson token that you can use later to get yourself out of trouble. Lesson tokens are a shared resource that you can use to bypass a later challenge by having a flashback or a montage that tells you how to solve the problem - but everyone has to agree to use it.

Yes, Friendship Can Cause Magic (And Possibly Explosions)

Got a problem that just seems too big to solve? That means it’s time to get the band together! Once per session, you and your friends can perform a musical number and spend any number of Lesson tokens to make something seriously big happen. How big? Well, that depends on how many tokens you spend. Gotta get the royal palace ready for the big party that starts in an hour? That’s probably one token. The town burned down and you have to rally all the people to work together to rebuild it? Well, that’s gotta take at least three or four.

And… that’s basically it! Beat the big bad, get the shiny thing, live happily ever after (or not) until the next episode. You know how these shows go. Most importantly, have fun!

The Excellents is really all about the story and about your characters. If you’re looking for intense, crunchy combat you’re not going to find it here, or in any game that runs on Polymorph. Which brings me to my next topic:

Polymorph is a super-simple RP system where each player only ever has to keep track of a single die. What you roll depends on... well, your role.

9th Level wants to make this very clear in their marketing!

We’re actually going a little out of order here, because in The Excellents picking your role is literally the first thing you do, even before you choose your realm.

Now, that might make it sound like The Tough One is just plain better than the others, but that’s not how Polymorph works. It’s not about rolling the highest number, it’s about rolling the right number. Each type of roll has target numbers that count as successes.

Take Heart as an example. Rolling a 5, 6, 7, 8, or 9 is a success on a Heart roll, which means that my d8 is pretty good at it, but a Magical One’s d4 can’t succeed on a Heart roll at all! On the other hand, a d4 is really good for Book rolls, where the only successes are on 2 and 3. As for me, I could pass one of those, but it’s not very likely. 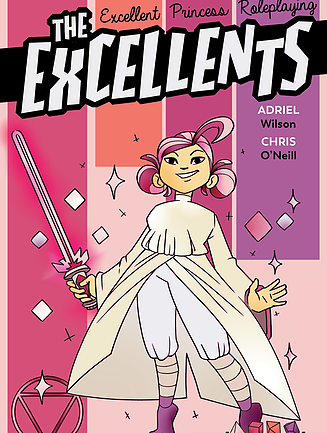 Why is the system called Polymorph? Well, because it can turn into just about anything. Polymorph and its core single-die mechanics are simple enough that you could stick just about any theme on it and have a working game. You can look up what other Polymorph games 9th Level has, but they encourage you to make your own stuff, too! Don't worry, more will be coming in the months to come about the system itself.

See You Next Time!

Overall, The Excellents is a really charming little RPG with a super-low barrier to entry, both in terms of money and time investment. I was expecting a quirky game with maybe not a whole lot of substance. Instead, I was pleasantly surprised to find something that really captures the fun and appeal of classic cartoons, and reminds you not to take yourself too seriously.

If you’re a fan of old-school cartoons (or not so old school; I'm looking at you, Adventure Time), or you have children you’d like to introduce to TTRPGs, or you just want to Princess it up for a while, I definitely recommend picking up the rulebook and giving The Excellents a try. I'm excited that a game this unique and fun exists, and I'm certainly excited to see what 9th Level has in store next for their Polymorph system as a whole; The Excellents is a casy study in what you can accomplish with it, so I'm eagerly waiting for what comes next over the horizon.