How I Became A Tetromino Trooper 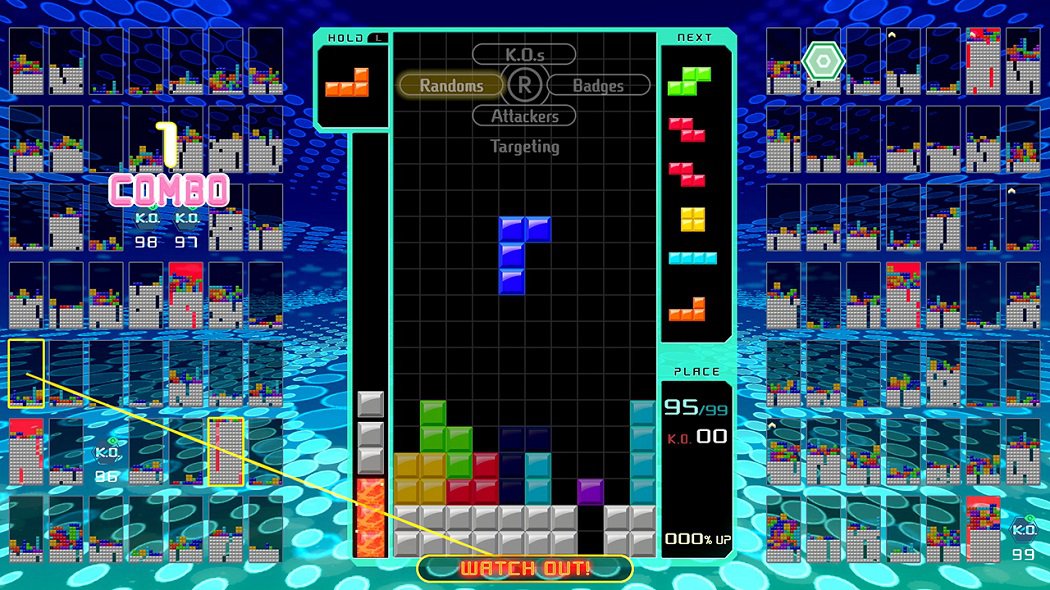 If you watched the recent Nintendo Direct, know someone who did, or are in any way on the internet, you probably saw the announcement of Tetris 99. You also probably joined the rest of the world in a bit of incoherent sputtering. A Tetris battle royale game - what the hexagon? I felt as though it was my sworn duty to download Tetris 99 and enter the architectural arena.

So It's Just Really Crazy Tetris?

Tetris 99 is almost exactly what I expected, and yet so much more fun than I thought it would be. It’s basically just like the original Tetris, except that there are 98 other players also playing their own games.The trick is that you can target other players and, when you clear multiple lines at once or clear them quickly, you can feed your opponents extra lines that clutter up their screens. Think Doctor Robotnik’s Mean Bean Machine, and a lot of the other reskins that happened afterward. Of course, they’ll be doing the same to you. When your lines reach the top of the screen you’re out, and play continues until only one geometric GI is left standing. There have been 'versus' Tetris style games in the past, but this one stands out just because of the sheer scale of facing so much chaos at once. 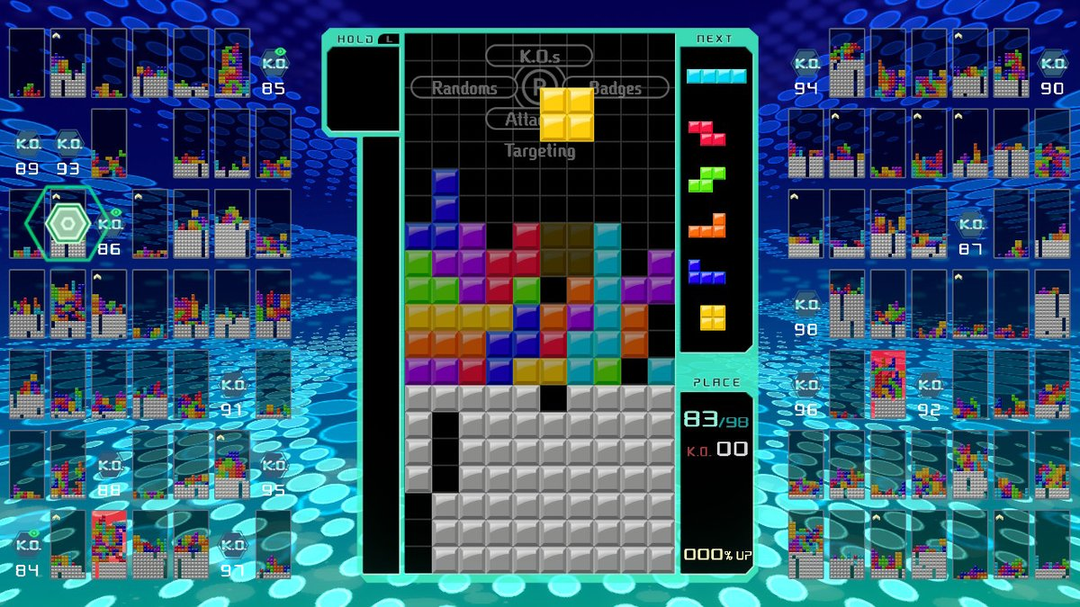 This is me, well on my way to losing.

I dropped into my first game and started Tetris-ing. I got lost in nostalgia, enjoying the zenlike trance of flipping and placing pieces as they fell. There were a couple of things I didn’t understand; for instance, you have four different choices for who to target with my extra lines... but I’d played a fair amount of Tetris as a kid and felt like I had a pretty good handle on things.

I placed 84th. It was then that I realized I wasn’t just playing Tetris in a room with a bunch of other people. I’d already known that, of course, but I was only just starting to understand; this was war.

My second game I started playing like I meant it. I used the instant drop on almost every block, stopped trying to get nothing but tetrises, kept my screen clear of clutter, and fired off as many junk lines as I could. This was also when I discovered that you have a small grace period to clear the lines other players try to give you, so you can counter their attacks if you play quickly enough. It was fast and tense action with bright colors, pulsing music, the constant threat of death, and am I really talking about Tetris right now?

At any rate, in that second match I placed 13th - a huge improvement over my first attempt. 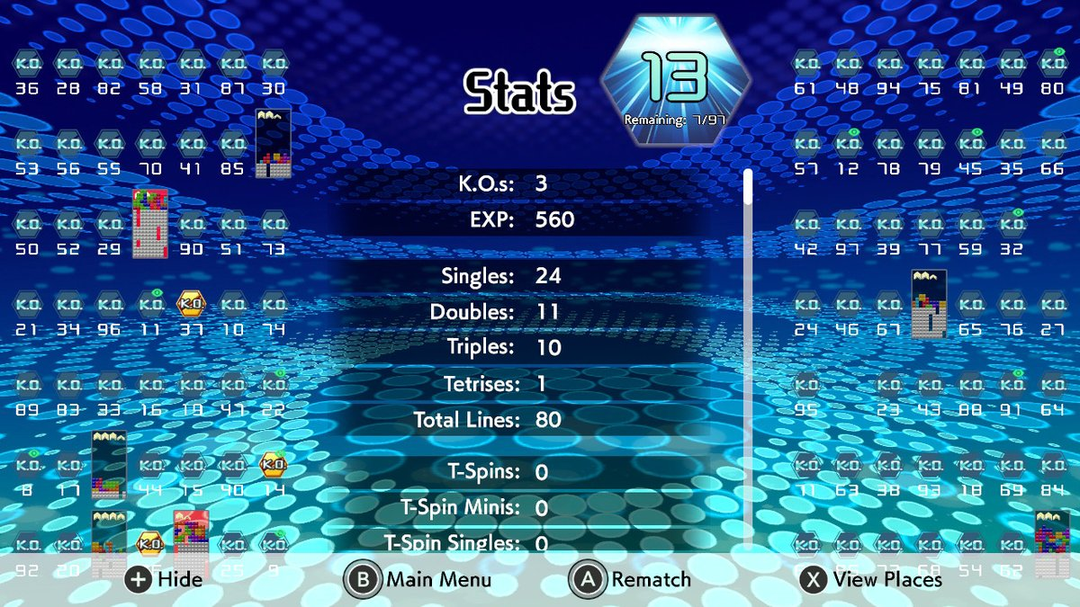 The pessimist in me says that Tetris 99 is doomed to be a flash in the pan. It’ll thrive for a week or two on its unique mix of nostalgia and novelty, then most of the playerbase will move on to something else. The optimist in me says this is really fun, and a really unique way to take the battle royale craze and turn it on its head.

Regardless, it’s free to download, so you have absolutely nothing to lose. I have no doubt that it will keep a small core of dedicated players, hopefully enough to keep the matchmaking working. At the end of the day, what matters is that it’s an absolute blast to play. After playing just two rounds, I knew that I had to write about it - and now, if you’ll excuse me, I must get back to the polygonal punch-up. Maybe I can win first place tonight...