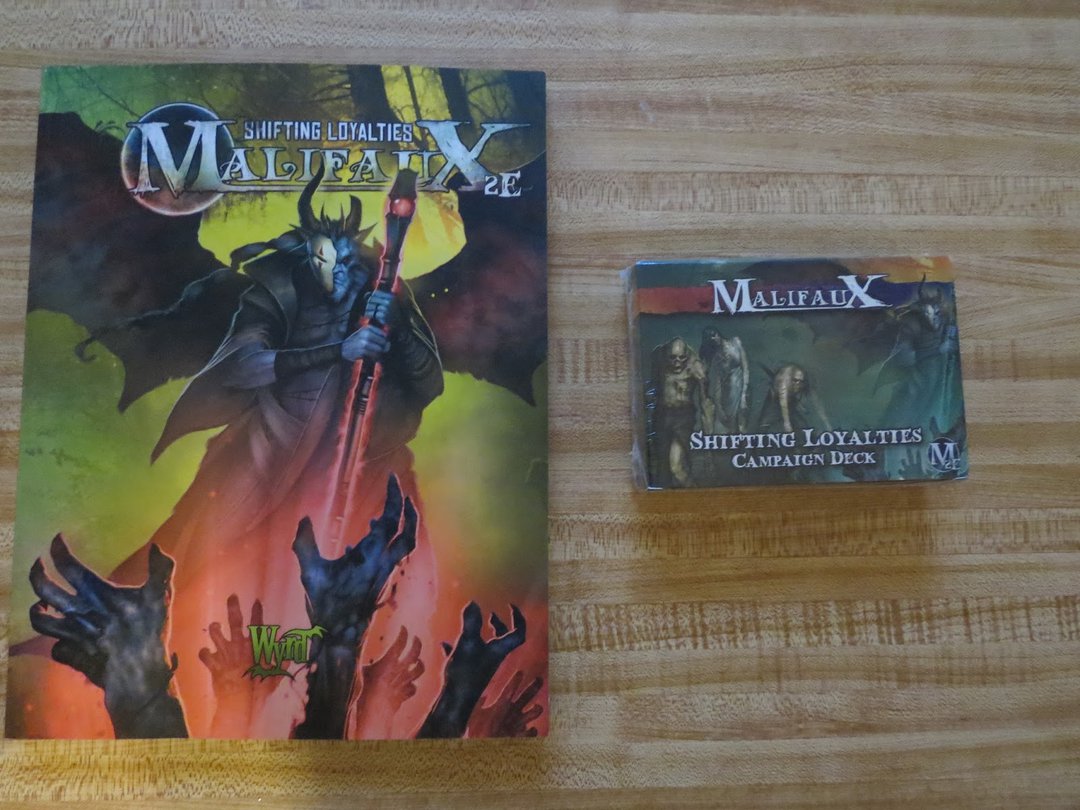 Hey cool kids, I've got the rules for the Campaign mode for Malifaux here, and they look super fun. Similar in concept to Mordheim, the Malifaux Campaign system represents a long form series of games where your success and failure in individual games carries over; models can be permanently maimed or killed entirely, but they can also grow and gain new skills and equipment. Playing as a local group, campaigns are a long run experience, spanning four to twelve weeks.

There's been an outcry in the Malifaux community for a campaign system since first edition, and here, we finally have it. Wyrd's done a good job putting support and options into this set-up, and there's a lot of possibility here that needs to be covered: let's dive right in.

All the campaign rules can be found in the new Shifting Loyalties book, just out this month. There's also a campaign deck with a whopping 193 cards, made to help keep track of all the upgrades and injuries. Setting up a campaign is a little more involved. As any league or tournament, the players each pick a faction and stick with it during the campaign, but then they also choose their starting crew for the whole campaign as well. This initial "arsenal" represents the hiring pool and is limited to what you can buy with 35 stones. The original crew is led by a henchman, which must be hired normally, and only one upgrade can be purchased initially. Everything else after this point builds up throughout the next several weeks.

Campaign games start as a 35 stone affair, with normal scheme-and-strategy set up. However, each week can be modified with one of 28 events, such as rat extermination, fighting in the Bayou, or even "The Event" itself, that allows for the hiring of avatars. Neutral models such as the Riders may even make an appearance, causing more chaos than usual. This means that the idea of 'standard' games quickly vanishes in this mode of play. 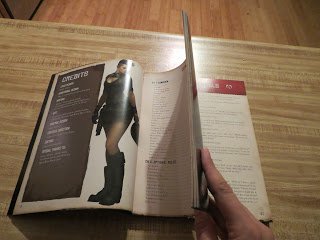 There is a lot of content here: approximately 65 pages in the book for the campaign rules!

The goal of each game is the same: get more victory points than your opponent. However, you also have the opportunity to earn "scrip", which is the money in Malifaux. Scrip allows you to buy access to new models and upgrades for your arsenal, expanding your hiring pool permanently. This means that the size of your crew options can change many times as the campaign drags on; games start on a much smaller scale than standard Malifaux games, but have the chance to get as big, if not bigger, than normal 50 soulstone games. The size of the games changes each set up after the start, based off the player with a smaller arsenal's max soulstone size crew he can take.

Variation from game to game is huge in the campaign mode, and the biggest show of that is the campaign upgrade/injury system. If a model is reduced to zero wounds during the game, it has a chance of being injured or even permanently killed, removing it from your hiring pool. Injuries include things like fragile, giving a positive twist to damage flips against the model, or making a character be unable to focus. The worst effect actually turns your model against you, giving it to your opponent to hire in their future games. There's twenty-eight unique injuries to play with, and they are all very thematic.

On a more positive note, your models can also get skills and equipment, by 'bartering' in the aftermath stage of a game. The skills and equipment found on these cards can often be found on some standard characters, from guns and greatswords to skills like regeneration, and black blood. There's also unique upgrades too, such as destroying an upgrade to get reactivate in a game, or permanently adding poison to a character's main attack. One of the coolest things about this is how you can create combinations that don't exist in the regular game: you can, with the right barter flips, have the chance to equip Ten Thunder models like Torakage with sturdy German mercenary equipment, like a durable Freikorp suit, or even their flamethrower. Just think about the combinations for a minute, and you'll see how the campaign opens up brand new ways to play.

There's still faction specific skills and equipment too: here, you can see the Arcanists have access to all sorts of crew-themed abilities here

More powerful rewards can be earned by completing Bounties, like scoring specific strategies or killing two enemy leaders. There are fourteen general bounties and three faction specific bounties available, so again, lots of options. These bounties are an investment that pay out more scrip than you can usually find, and demonstrates that this campaign system rewards investment over time, rather than single games. There's even a new option in campaign games called strategic withdrawal, which lets you forfeit a game at the start of a turn. It does let the other player go for VP unopposed for the rest of the game's duration, but it might be something you want to do, since it stops the risk of having to risk making injury flips for your whole set of models.

Masters can appear in the game, but you have to work to purchase them, spending hard earned resources to do so; they cost 15 soulstones to hire in a campaign game, which balances them out, rather than giving someone that has a Master a complete advantage. However, getting a Master on your side does have it's advantages, because the Avatars from first edition are back! Avatars are powerful upgrades that change your master onto a 50mm base and pack some serious whoop-ass. They can only be summoned in campaign mode, by attaching an upgrade to your leader, and only truly appearing after meeting a manifest requirement you choose. These come in several different flavors: delayed, bloody, desperate, planned, and sacrificial. I'll do a more detailed examination of each avatar later, but they are really sweet and appear changed from the last beta I saw. Keep an eye out for that in the future. 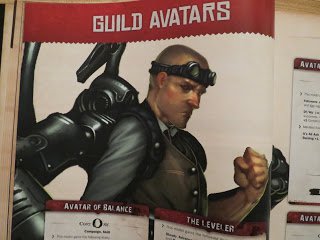 The new Avatar system is made to create situations that can't happen in standard games.

Something else Wyrd's done to really show they thought this through: there's more than one sort of campaign that you can play with in the Shifting Loyalties book. There's an option for tournament play, made for people that typically enjoy competition, and worked towards more balance. The more casual, and certainly more fun option, is the one called 'hideouts', where each player is playing to build a hideout using construction points earned through VP and game wins. You get to choose your hideout from a list in the book, which can be anything from a mobile encampment, a mausoleum, or even a guild outpost. The upgrades to your hideout can actually modify play even more: building a guild outpost up can get you access to using an executioner, even outside your normal faction, while the encampment lets you get better at dealing with neutral models, even forcing them to appear when your opponent might not want one on the table.

There are more specifics, but overall, it looks really fun! There's plenty of variety, and what's being offered here is a whole new way of enjoying our favorite miniatures game. Even better, if you're playing with good friends, the system practically writes itself as a story, with the injuries, unusual equipment upgrades, and the emergence of avatars again creating memorable moments. There is a ton of flavor to be had here, and I'm looking forward to the first chance we get locally to try a campaign out for ourselves.

Want more Gen Con news and reviews? Take a look at Dana's news article on the new Wyrd Miniatures game, "The Other Side". Like our Facebook page to get updates as they come out, or follow our twitter to see what we're writing about next. If you like what you see, feel free to drop by our Patreon page, and donate to help us keep making more content.