As Told By Someone Who Never Played A Farming Game 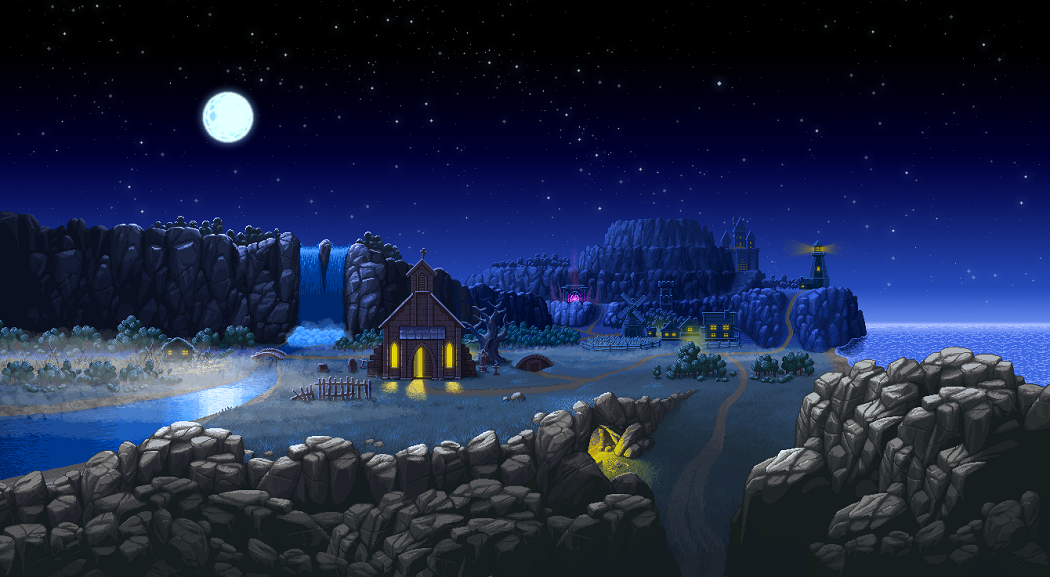 It’s true: I hadn’t played a farming simulator before this review. I never picked up Stardew Valley, I never tried Harvest Moon back in the day, and I haven’t even played Animal Crossing . Honestly, the concept always just sounded kind of dull to me, so I never gave the genre a chance - until now. Wyatt has already written about Graveyard Keeper , so I’m just going to give a quick rehash and then get right to my own experiences with it on Switch.

Graveyard Keeper is a sort of parody of the Stardew Valley /Harvest Moon style, but that ends up going to a very dark place. Instead of a city kid suddenly thrown into a farmer’s life, you play as a recently dead man who gets trapped in a pseudo-medieval Purgatory and put in charge of the local graveyard. Supposedly your job is to bury bodies and collect payment for it, but of course that’s only scratching the surface. You can befriend villagers, conduct research, develop new technologies, improve your home and chapel, and - supposedly - eventually get back home.

Graveyard Keeper stands out from other farming simulators not just by its subject matter and the fact that there is an end goal, but by the dark humor that pervades it. For instance, your companion and guide in this strange new world is a talking skull named Gerry who can’t - or won’t - remember much of anything unless you find progressively stronger booze for him. Oh yeah, and sometimes you’ll be struck down by the fury of God if you do something you’re not supposed to. 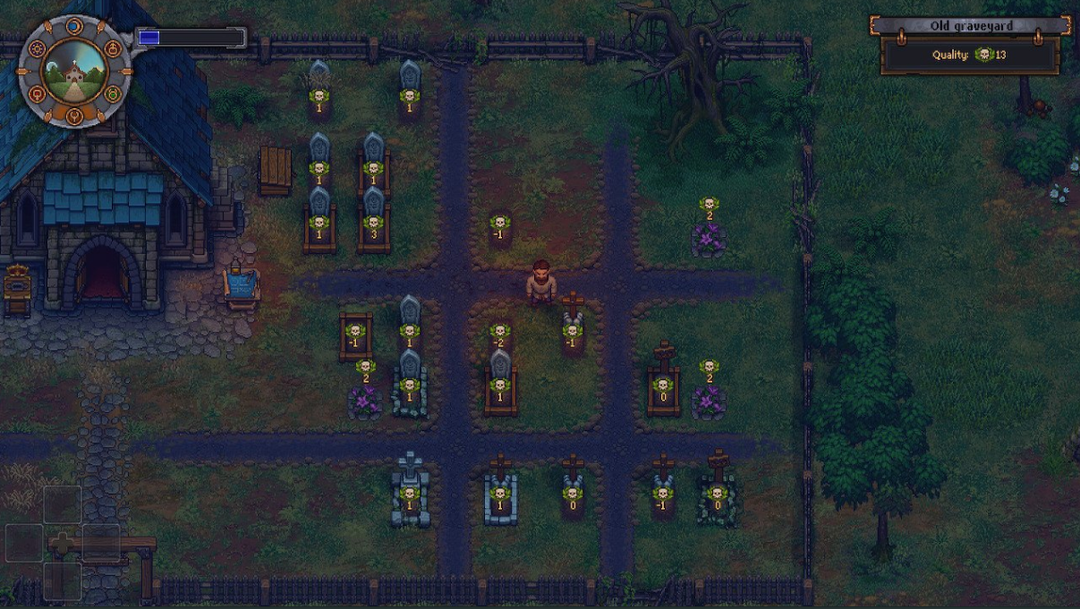 Can you call it a farm? Not exactly... but you can still cultivate it.

Graveyard Keeper is really just a grindfest with extremely bare-bones gameplay (pun absolutely intended). Yet, for some reason, I found it oddly engrossing. It does an excellent job of dangling your next objective in front of you, always in sight but often out of reach. You have to perform tasks to earn gems to move up tech trees to perform more tasks, and eventually you’ll be able to do whatever the next thing is that, you hope, might get you one step closer to going home. Usually the one and only test of a game’s quality is: Is it fun? In this case, “fun” really isn’t the right word for it. I thought I would put the game down after an hour or two, but just like Wyatt, I found that I kept coming back to it.

I finally realized what was happening here: Graveyard Keeper hits all the same buttons as an MMO. You grind at different tasks until you get big enough numbers to get your next reward, which is really just a way of getting bigger numbers. The only real difference is that most of what you do in Graveyard Keeper isn’t combat-related. Instead of killing monsters until you reach level 30 so you can get your cool new ability and kill stronger monsters, you craft and research until you earn enough points to unlock new things to craft and research.

Completely aside from its habit-forming tendencies, though, Graveyard Keeper does have a legitimately interesting premise. There’s a layered story about death, other worlds, and learning to fit in to a strange and sometimes hostile world. Are you really dead? Is it really possible to get back? And what’s the deal with that Inquisitor guy? I don’t know yet, but I really do want to find out. The fact that there's more of a end point to the story gives it more direction than the games which came before it. 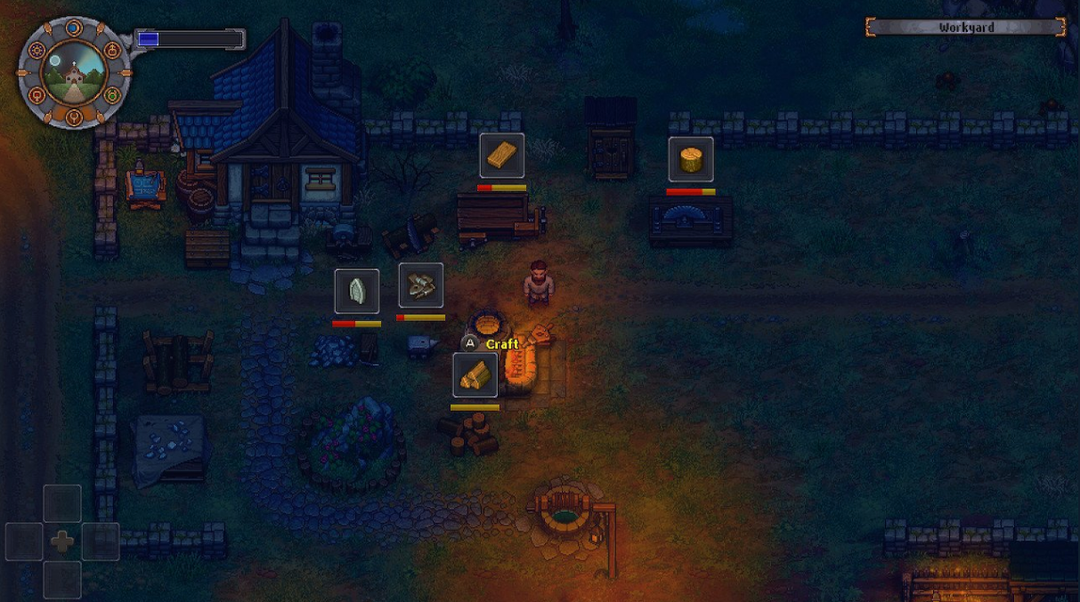 I can stop chopping wood any time I want!

Fitting A Graveyard In Your Backpack

So, what does the Nintendo Switch add to the experience? To be fair, there are very few games that aren’t improved by being on Switch. The ability to play wherever I want, for exactly as long as I want, and always pick up right where I left off is a great feature for almost anything. Graveyard Keeper is no exception.

Since playing Graveyard Keeper tends to be an endless string of small, quick tasks, it makes it easy to put the Switch to sleep without having to remember what you were doing once you come back. Since it doesn’t need a huge amount of focus or time to play, it’s perfect for carrying with you to conventions or game nights to break out in between bigger games or events. When Wyatt reviewed the game, he talked about how this game feels good as a set of puzzles that need to be solved - how to unlock the right technology, or where to find the right item to accomplish the next story quest. With the Switch, its easy to just choose one goal, work on it, and slip it away until the next time, feeling accomplished every time you do. 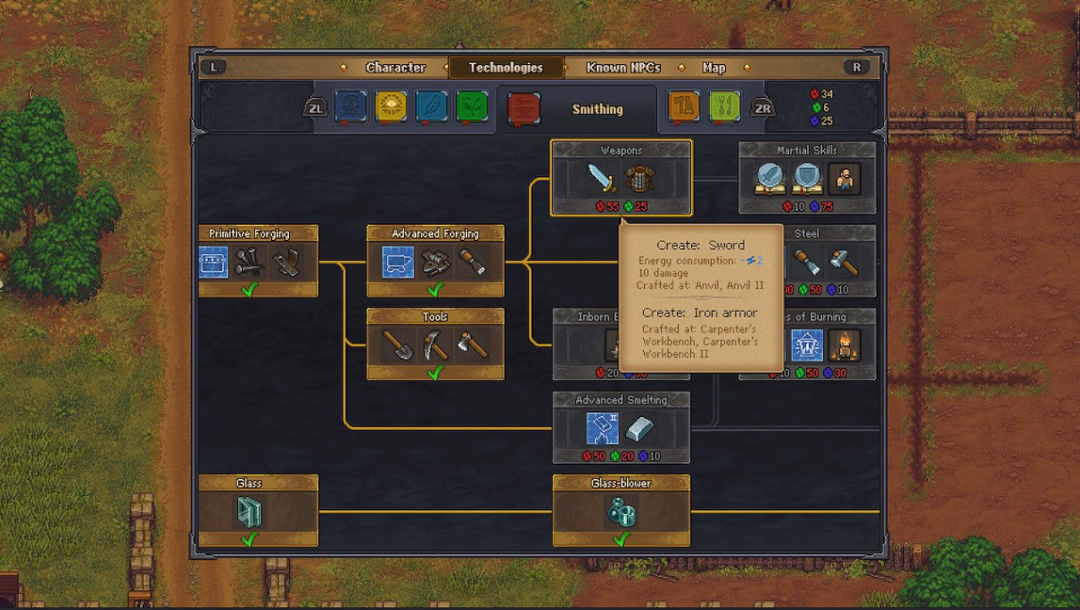 And with not one, but seven tech trees, there is plenty to keep you busy.

Honestly, that’s all that needs to be said about the Switch port. It’s the exact same game, just with all the benefits of being on Nintendo Switch.

If you don’t have Graveyard Keeper yet, the Switch is absolutely the perfect system for it. Being able to pick it up here and there, do a few quick tasks, then put it back to sleep works beautifully with Graveyard Keeper ’s gameplay flow. While I wouldn’t quite call it “fun,” it certainly is riveting, rewarding you as you solve its puzzles and expand your influence. Growing vegetables might not be your main goal this time, but the game has definitely mastered the dangling carrot. That, a genuinely interesting setting and story, and a fairly low price tag combine to make Graveyard Keeper a great choice if you’re looking for something a little off the beaten path.