When Pixels Are Pushed To The Limit 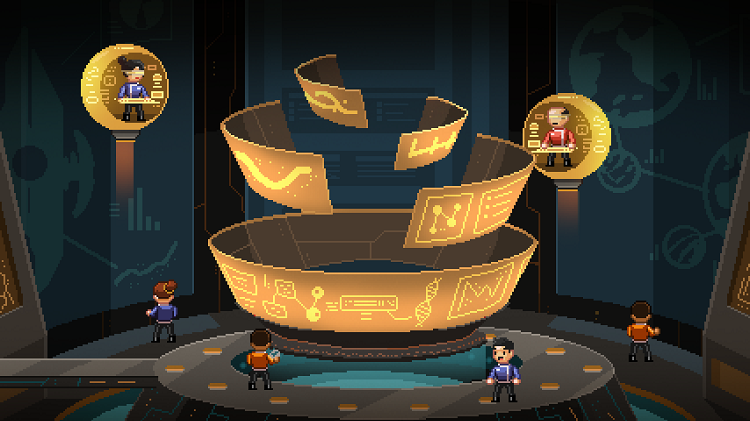 For roughly the last year, I have been waiting to sink my teeth into Halcyon 6 like a ravenous T-rex. It boasted base-building and a dynamic combat system for both officers and ships, all done up in a retro pixel style to which I'm quite partial. Ever since I backed their kickstarter I have eagerly eaten up every update email, screenshot, and video to hit my inbox. It's now in early access on Steam, and you can believe it was the first thing I downloaded when I returned from PAX East. The big question though is whether the wait was worth it. Considering this game is still just early access, with more content to come, is it worth your time and money to grab now?

If you're looking for a simple one word answer, congratulations! I'm going to save you some time and give you my conclusion up front: yes! By Grabthar's Hammer, yes! If that's good enough for you, stop reading and go enjoy it for yourself right now! If you need a bit more than that to go on, though, I've got you covered. I was able to spend some time with Ken Seto, CEO and co-founder of Massive Damage Inc., as well as Peter and Felicity from the team, all of whom were all staffing the Halcyon 6 station at PAX. 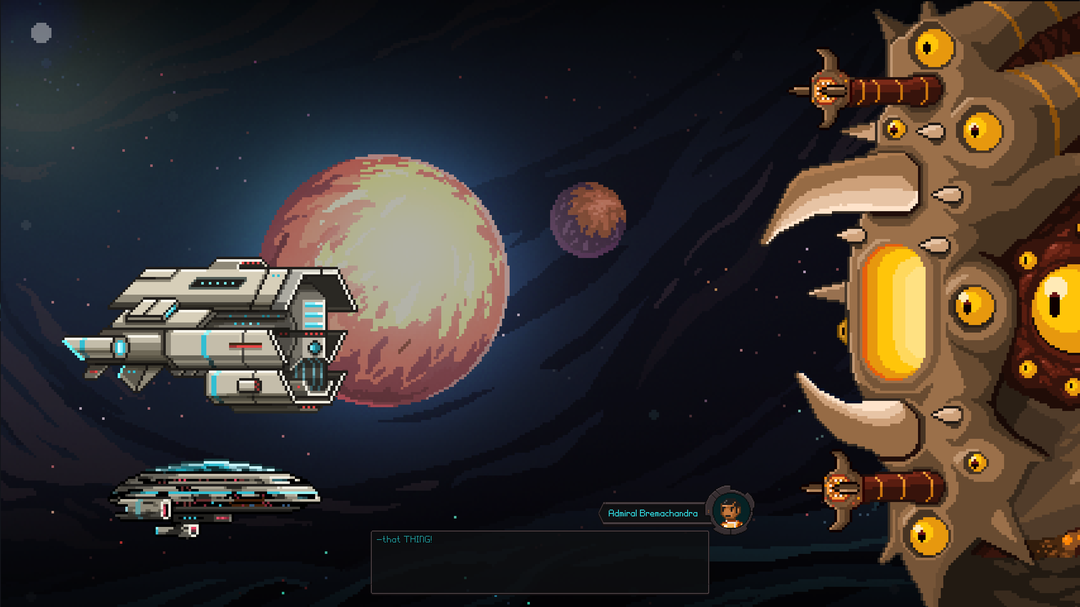 If you're wondering what kind of game Halcyon 6 is, at its core we could call it a roguelike in space. It offers the danger of permanent loss of your fleet and a random start to your galaxy. But, it also boasts a tech tree that needs researching and a derelict, precursor station full of rooms that will need clearing and outfitting with shiny new facilities. You'll customize your team of officers/ships to send on all sorts of missions. To describe Halcyon 6, then, as simply a roguelike in space would be like describing XCOM2 as just a game where you shoot some aliens. XCOM2 does so much more than simply let you shoot aliens, and within the first five minutes of playing Halcyon 6 you'll begin seeing how it's more than the sum of its precursor parts.

The basic premise of the game is that you are the officer in command of a recovered ancient alien space station. When an unknown enemy mysteriously appears and attacks the human fleet, you become humanity's last, best hope for victory. You'll have to clear out the abandoned sections of the station, much like in XCOM2, in order to build facilities that will aid your efforts. You'll promote officers and assign them command of the ships you commission or set them to tasks while back on the station. All the while, you'll need to protect what resource gathering outposts are still left across your sector (or evacuate them) and maintain diplomatic or military stances with the myriad of aliens and space pirates who all want your shiny prize of a station. Got all that? It's a daunting task to save the human race, but never tell me the odds! 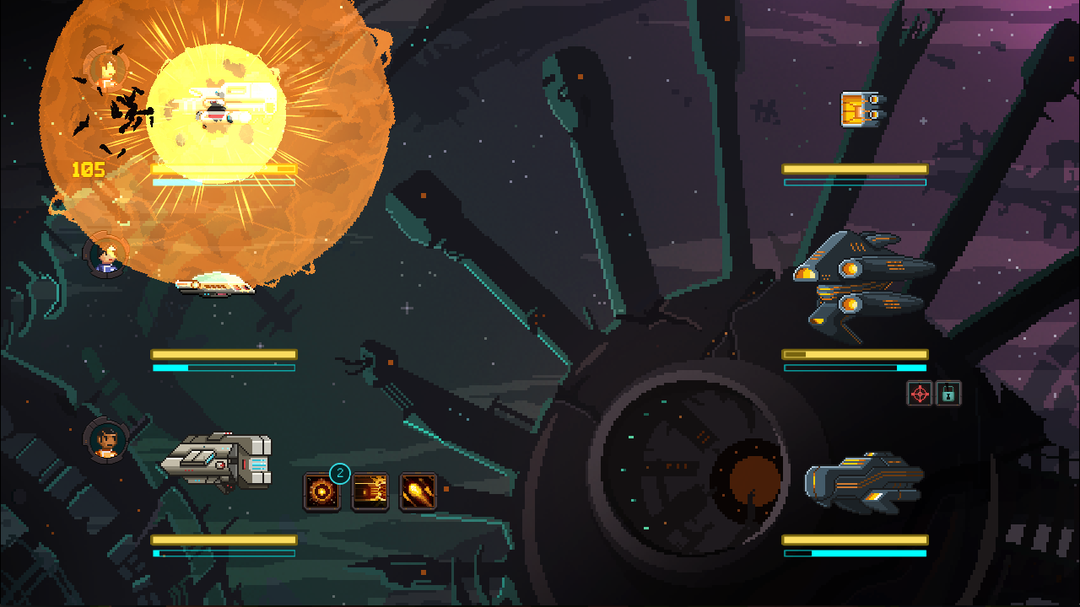 It's a shame she won't live, but then again who does?

This game isn't just all about blowing up ships in space, though. I was prepared for that going in. What I wasn't prepared for were the roleplaying decisions I'd have to make. Lets also be clear that some of these decisions aren't even triggered by the main story. I won't spoil anything here, but you'll set off any number of scenarios in space or back on Halcyon 6 simply by having a particular facility built or choosing a certain dialogue option when “visitors” come to your station. When I spoke to Ken and Peter about the game's influences, they cited classics like Starflight, Star Control 2, and Civilization. They also mentioned Fallout as a contributor and highlighted that the combat follows closely to the turn-based action systems of traditional JRPGs. Some of these games are so old that even I haven't played them all, but I can clearly feel the similarities with those I have. Dealing with the alien races of Halcyon 6, for example, feels similar to managing alliances with the wacky races of Star Control 2. The folks at Massive Damage have clearly not only done their homework, they've also shown that they're lifelong lovers of games. They approach the creation of their own game from the perspective of players, including fun and interesting turns whenever possible and making the experience more robust for all of us in the process.

And that also means this pixelated masterpiece isn't all about doom and gloom. Sure, the human race is in a rough spot by the time you clear the tutorial, but there are more hilarious Easter eggs hidden throughout the game than sci-fi references I can make in this article (ok, admittedly that's not so hard to do). I earned a couple of promotions on my crew in one evening of play (the game's way of giving bonuses to your ship) and noticed that the crewmen involved were Lt. Washburn and Lt. Reynolds. Coincidence? I think not. They extend out of the immediate game as well. Go check your options menus: I'm told there's even one hiding in there. 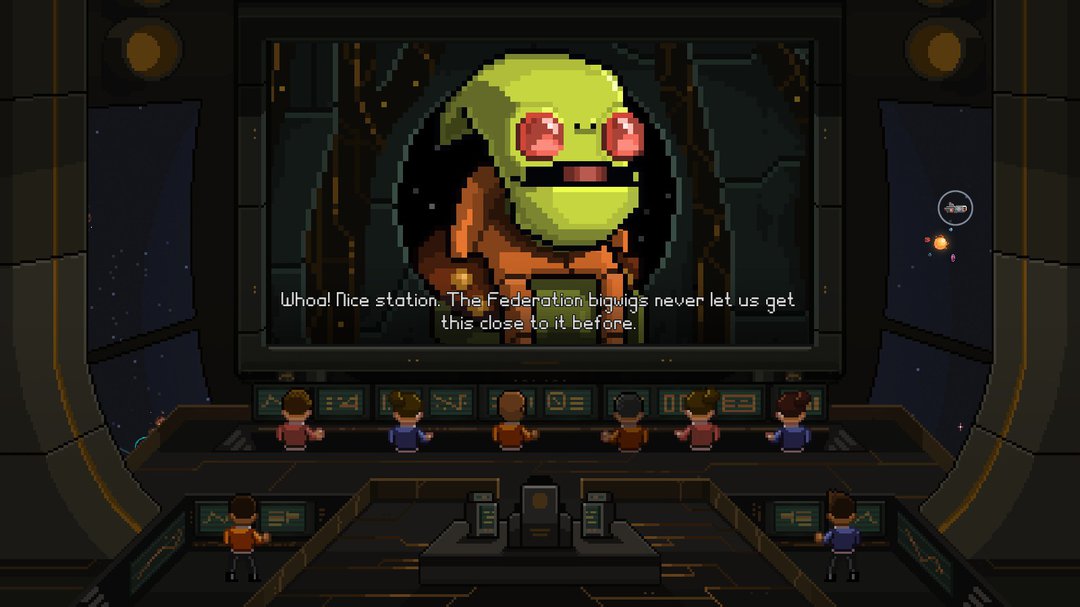 I love these guys about as much as I am scared they'll hijinx my station out from under me.

So how does it play? To put it lightly, what appears at first to be a straightforward, simple and small pixelated galaxy quickly turns into an asteroid field's worth of events to keep up with. Everything is simple until the deadly alien adversary, the Chruul, form new spawning points across your map. Perhaps right next to a resource outpost you want to keep. You can spare the ships to deal with that now, right? The pirates didn't seem too bad at first, but have you actually located their secret base? And those other aliens in the 'verse aren't visible either until they introduce themselves. Suddenly there's way more going on in your map than you bargained for. Now what happens when they start asking for your help? Currently in my own game, I'm aiming to send an envoy to one of the alien homeworlds, but I can't seem to spare the ships in the face of a renewed Chruul onslaught.

I'd be remiss to not discuss the combat system, as well (you'll be spending a lot of your play time here). Massive Damage seems to have found the sweet spot between a simple point and click action system and a complex, systems-targeting tactical shooter. Powers on your ships have the ability to “target” specific systems, inflicting all kinds of status effects. “Hull breach” is one such effect, and you can play it in a couple of ways. You can leave it on the enemy ship for damage over time, or another of your ships can fire an attack that is marked as exploiting hull breach. If you do, you'll remove the status effect but deal a massive boost in damage. You can set up some pretty neat combos in this manner. It's just another way the game lets you experiment and play how you like. In my opinion, it sits perfectly on the border between being in-depth enough to keep the tactics of the fights engaging without ever bogging them down into analysis paralysis. 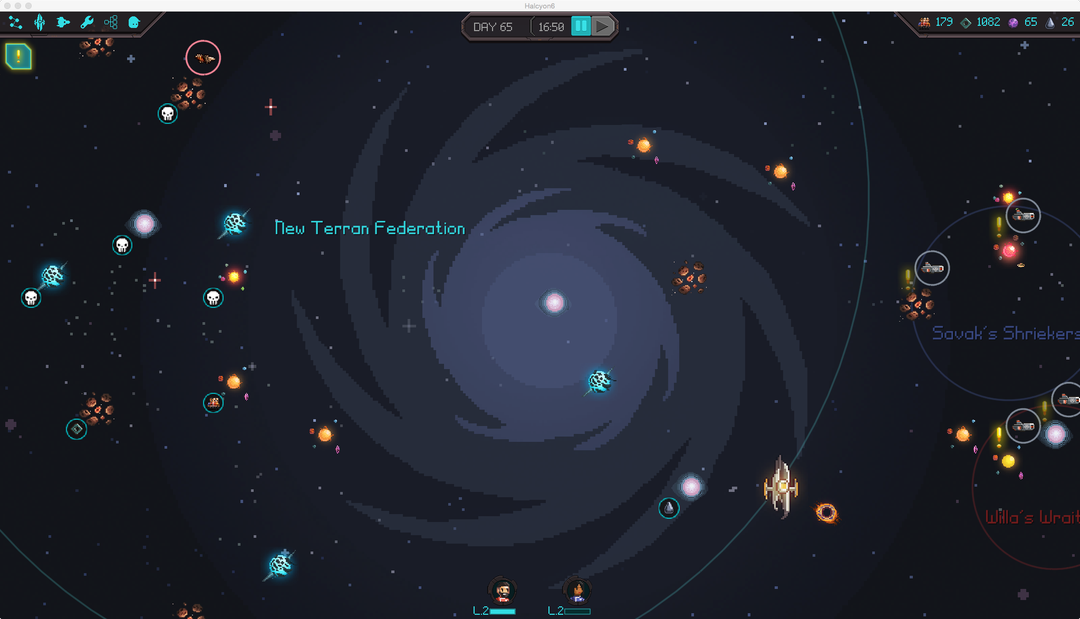 Right from the get-go the polish on this game, despite its early access state, shines through to the point of blinding. It's very clear that the folks at Massive Damage have put in a massive amount of time and care. No lie, I spent at least 2 to 3 minutes sitting at the title screen just so I could take in the awesome soundtrack (seriously, the music in this game is that good). The game is full of this kind of attention to detail. Combat backgrounds are all animated, giving extra life to your encounters. Each attack has its own animation for you to discover and enjoy. Ship explosions and crewman deaths were given special attention for your added satisfaction. You can even see the faces of your captains next to your ships (and the enemy captains next to theirs) when you battle. If, as it's been said, the devil's in the details, then every pronounced pixel and devious decision of this game contains a little something extra for you to enjoy.

By this point you're probably getting the feeling that I could go on and on about this game. There are so many little additions that make playing this game such a joy, an ode to previous works of science fiction. But, I'm sure you don't want to read a 10 page article about as much as I want to write one. Lets be honest, we'd both rather just be playing it instead. In a gaming age where there are all kinds of ways to blow stuff up in space, Halcyon 6 offers something fresh and new. Or maybe it's reworking something classic in a modern way. Either way, what it does, it does just as well as I could have hoped for.

Where does this leave Massive Damage moving for the future? Ken told me that they plan to focus on Halcyon 6 for the next half a year or more (however long it takes) to get the rest of the game out. There are still two additional chapters forthcoming, as well as stretch goals from the kickstarter. They've also said they'd like to possibly add an ironman mode at some point (that is, a mode that progressively saves so you essentially have to play through every mistake or death that occurs without reloading). They'd also like to add a leaderboard feature or some other way of sharing your accomplishments and clear times with the community. It's easy to forget this game is only early access still. It's going to become so much more in the next year. 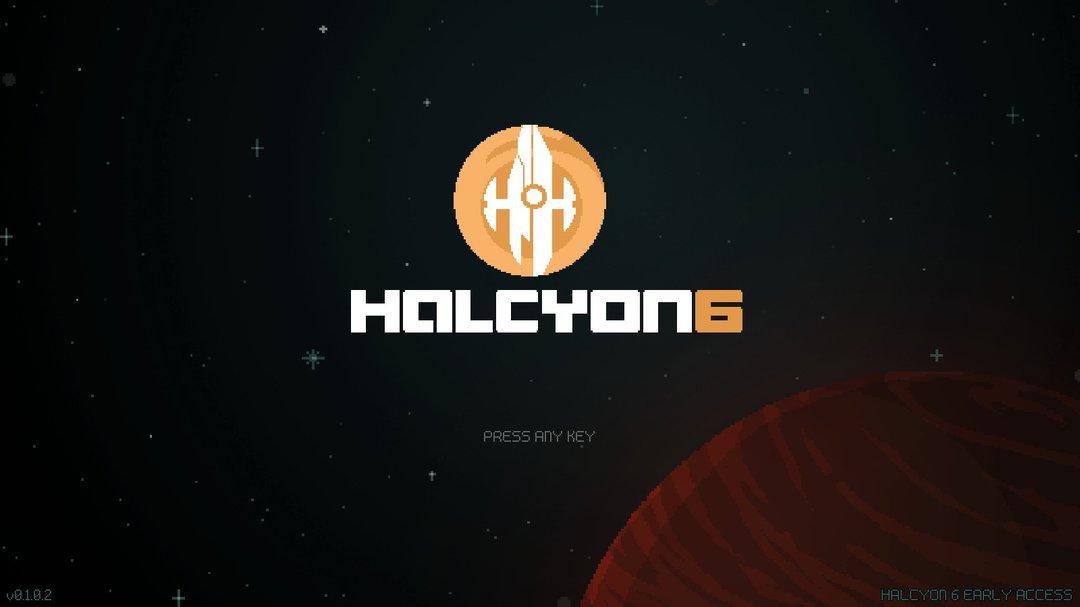 Yeah, the music is THAT good.

Is this game for you? If you're still not sure after reading to this point, I'm going to say go grab a copy if you are any of the following: a fan of gorgeous pixel art styled games; someone who likes adventures of blowing stuff up in space; a person who played Starflight or Star Control 2 back in the day and wants something modern along those lines; an indie game fan who wants to try something new and amazing; someone who enjoys base/squad building games and managing resources while battling enemies; an RPG fan; someone who like really well put-together games that pay attention to the smallest of details. That list should be big enough to joust even the most die hard of the fence sitters. And if it's still not, how about the fact that it's $15 USD on Steam. I've bought pizzas that were more expensive.

Good luck out there, space captains!