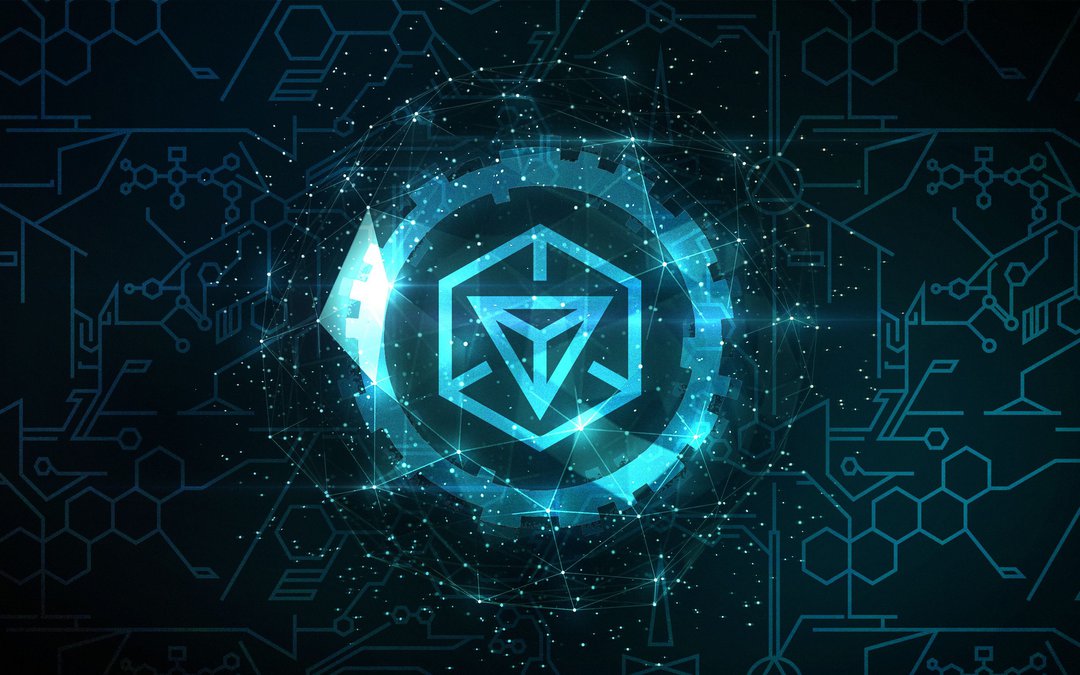 When I was in middle school, my friends and I had our own spot in town we were very protective of. We called it "The Wall", and it was essentially just the deteriorating retaining wall behind Petco. It was a dump that no one else but us would enjoy, but we spent a whole lot of time back there, and we were kind of territorial about it. Well, as middle schoolers all we could really do was spray paint our special little skull and crossbones pattern on there and call it ours. The Wall was where we shot silly videos, took pictures, tried smoking pretzels, ate cookies and whipped cream, and just did silly middle schooler things after school every day. It was our sanctuary only a few blocks from home, and it was ours.

If Ingress had existed in 2002, The Wall would have been a portal, if not the central location of a portal farm.

Ingress is, as Randall of xkcd puts it, "Foursquare With Space Noises". Frankly, that's pretty accurate. There are portals located all around the world in real life locations, and players use the GPS on their Android devices to visit them and fight for control over them. I currently play for the green faction, or the Enlightened (The opposing faction being blue, or the Resistance). 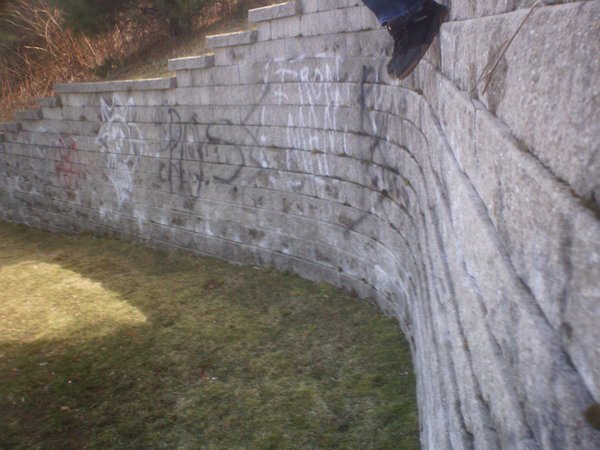 "The Wall", as we called it. I should submit it as a portal some time.

Now, as a college student I really don't have a "spot" like The Wall anymore. Most of the fun in my life is now had in dorm rooms or other people's houses, but after visiting a local portal farm with some friends for the umpteenth time, I started getting a familiar feeling.

This cluster of portals is on Huguenot Street...

Huguenot Street, a historic landmark district of all places, is that spot. It has a huge number of portals located in a cluster - about twelve - which is pretty unheard of in most places. My friends who are players go there with me at least once a week, either to take control of it after the Resistance has taken it over or to gather supplies and fortify the portals there. It's become sort of a ritual for us, just like the daily trips to The Wall were back home. Sometimes we can be out there for an hour or two, and sometimes this game brings us all across Ulster/Dutchess county when we have a car. On occasion, our nights start at 8 or 9 and don't end until at least 12 or 2 in the morning. One time we were even out until 6, only to wake up and play some more later that night. Usually though, our nights follow a pattern of food, Ingress, and some hangout time afterwards.

...while this is the rest of New Paltz. Ingress goldmine.

I've been playing for about half a year now, and every trip I take to play this game is an adventure. Whether it's rediscovering places in my home town, or giving me an excuse to get out of the house, it's a way to make any night more interesting. What other reason would I take four separate detours on the way home from work? Why else would I feel so protective of a historic district by my school? What other reason would I have to sprint out of class than to defend a nearby portal? Or adventure on to a college campus I don't know at midnight? Or most recently, drive an hour and a half in the rain for an L8 portal farm? Ingress has brought my friends and I to places we would never bother with otherwise, while also scratching our gaming itch on the side. This game is still in beta and it is growing every day. New portals, new players, new updates. I can't wait to see how it changes as it grows.