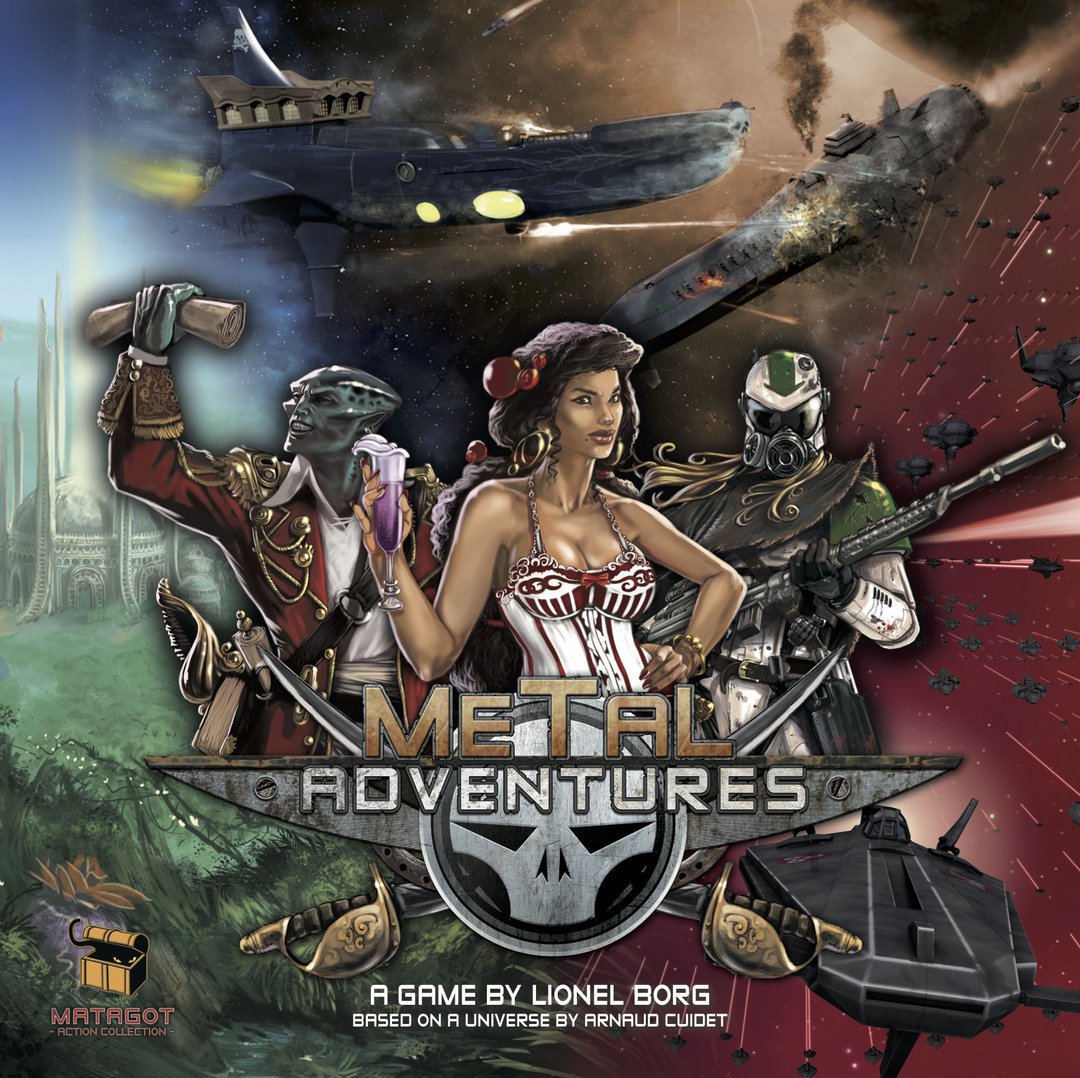 This review comes with a disclaimer: since it was made specifically for "Talk like a pirate day"....which is apparently a thing, Eric demanded to have creative license with spelling and grammar. I gave it to him.

Metal Adventures be your opportunity to become the greatest pirate that ever sailed the depths o’ space. Ye’ll compete with up to five of yer mateys as ye try to commandeer cargo and passenger ships, earn fame and glory, and make big heapin’ piles of gold. The premise be simple: Make a name for yerself by earning glory points, either by capturing powerful enemy ships or by earning trophies. The first player what earns ten glory points be the winner.

Metal Adventures lets ye take the helm of your own spaceship. Each turn sees you either resting, making sure yer ship be spaceworthy and your cannons be loaded, or embarking to loot and pillage amongst the stars.

If you do decide to go a’pirating, ye’ll have a wealth of options to consider. Will ye try yer luck in a random encounter, or will ye pay a bit extra to play it safe and fight a ship you know ye’ll beat? If a sailor’s feeling brassy, he can attack a planet to take its treasure fer himself. Not even yer fellow players be safe from your cannons; if another pirate has an especially large booty, ye can challenge him for half of it.

Speaking of coming out wrong, it's good to watch out for the trader ship Big Junk in the game. It be a big catch.

The battles themselves be simple: Each side takes their ship’s power, then rolls 1d6 and adds that. The higher total be the winner. If ye wish, ye can also roll a second die called yer Metal Faktor (yes, that bad spelling is in the game itself) and add that number as well. The catch to the Metal Faktor be that, if ye use it, ye take a penalty to yer ship’s power on the next turn equal to the number ye rolled. There's a bit of risk and reward to the game.

Each turn ye’ll also take what’s known as the Tour of Pirates, wherein ye travel around to different planets and see what each has to offer. One planet lets ye exchange credits for trophies - tasks that, if ye complete them, will earn ye some glory points. Another lets ye buy upgrades and improvements for yer ship. Then there’s another where ye can exchange captured ships for credits or glory points, and so on.

Now, as every sailor worth his salt (uh, space dust?) knows, what separates pirates from ordinary brigands be the pirate’s code. Metal Adventures is a game of honor amongst thieves, and the Judgement of Pirates will fall upon any who step too far out of line. Each Judgement lowers that pirate’s glory by one point, up to a maximum of four. Infractions that earn ye a Judgement include not paying yer dues to the Brotherhood of Pirates, or breaking an agreement with another pirate. After all, we may be thieves and murderers, but we ain’t monsters. Backstabbers, ye be warned.

The Good: A Pirate’s Life for Me

The first thing I admire about Metal Adventures is the design. I’m not talkin’ about the art, though that be nice enough. No, what caught this sailor’s eye was the Astrolabe: 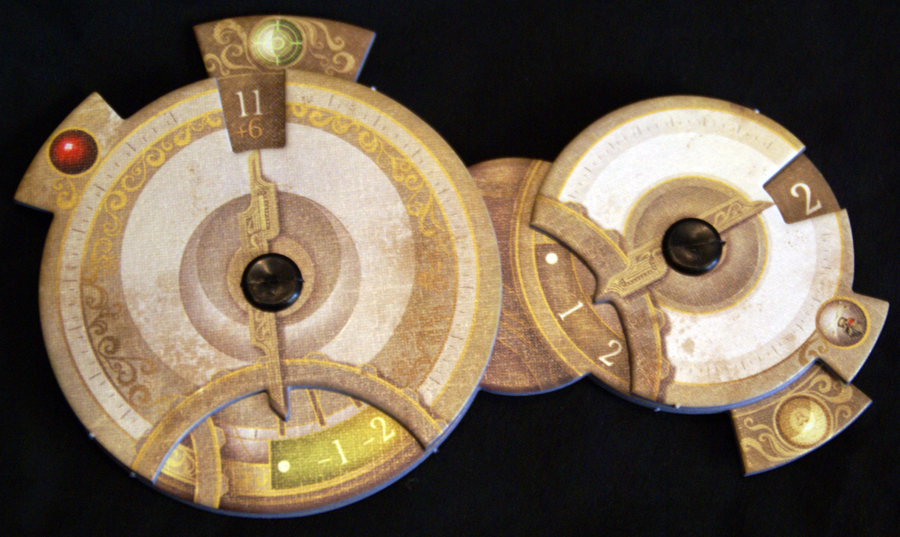 This little beauty keeps track o’ all the things a captain needs to know: His ship’s power, damage taken, glory points, and judgement points. It’s designed such that turnin’ the wheel to track damage, for example, will reduce your power by an equal amount - which is exactly what damage does. It's a serious wonder o' design that makes some of the complexity of the game a lot simpler...and have a lot more theme an' fun as well.

Otherwise, it be a pretty straightforward setup: areas of the board be clearly labeled, the Tour of Pirates be laid out for you in the proper order, and the cards be clear and easy to read. Good thing, too, as the gameplay can be get a little complex. Each turn has a lot o’ things to do, and a lot of options to explore. It’s very unlikely that ye’ll do everything on the Tour in a single turn, as ye’ll be limited by a credit supply. 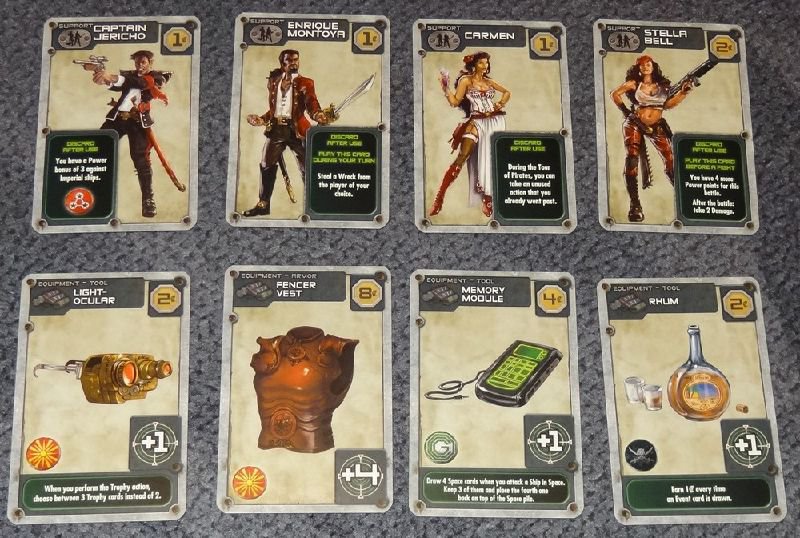 Make no mistake: For all its talk of mayhem and piracy, Metal Adventures be a game of foresight and resource management. Like any good ship, yer vessel will only give back what ye put into it. If ye take care o’ her, pay yer dues, and invest a bit in upgrades, she’ll treat ye right. Neglect her, and ye’ll find yerself hard-pressed to capture any ships or win any glory.

The other thing I be likin’ about Metal Adventures is the player interaction. Much like Munchkin, if ye be needin’ help in an engagement, you can offer fellow pirates a reward in exchange for their assistance. Now here’s where it be gettin’ interesting: that player can help you and take their reward, or they can betray their ally and join with the enemy ship. The player who offers a reward can - if they and their ally win - pay out what was agreed, or they can back out of the agreement and keep everything for themselves. Backstabbin' ahoy! 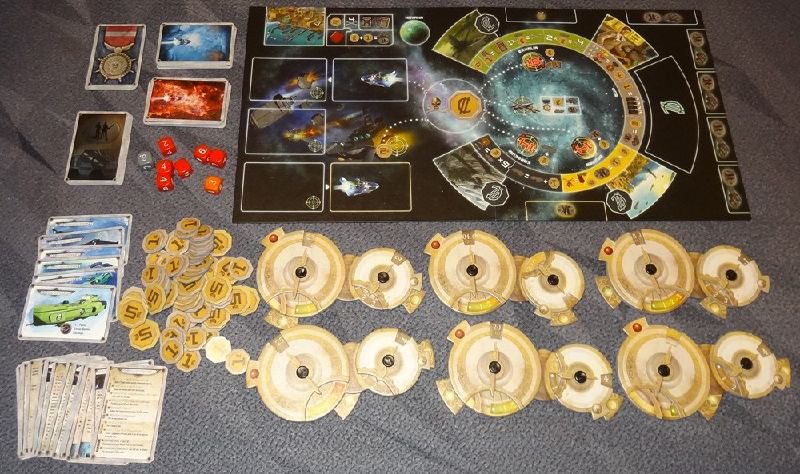 The whole contents of the game: lots of parts, but with some great design in there too.

Players can also be tradin’ with each other. Anything except Glory Points can be offered up in exchange fer whatever ye need. Trades and agreements can also be made fer future benefit: Fer instance, I give ye the credits ye need right now, and I get the next ship ye capture. Those agreements, o’ course, can also be reneged on. However! Be it known that breakin’ an agreement will bring the displeasure o’ the Brotherhood of Pirates upon ye, and ye will immediately be given a Judgement of Pirates, hurting yer overall chances to win.

Thus, Metal Adventures becomes a bit o’ a balancing act: Ye weigh benefit against cost, potential profit against potential damage, instant advantage against future hardship. There be a lot to it, and it’ll take an experienced and clever captain to guide his ship to victory. 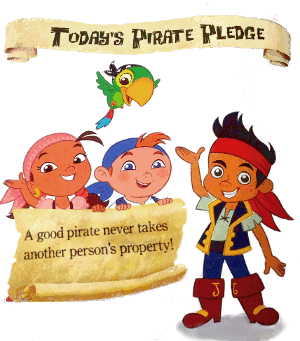 I think Disney may be missin' the point o' piracy...

This game be havin’ a bit of a learning curve. Ye’ll be needing to play a few times, but your first experience could be frustrating enough that ye’ll just want to put this game to your rudder. I know me own space-legs were a bit shaky fer the first couple of rounds I played. One o’ the people I played with was a more experienced buccaneer, and by the time I got a handle on the game, t’were nearly over.

Metal Adventures be the type o’ game that can end before ye even know what happened. When it be possible to score two or three trophies in a single turn, ten glory points to win ain’t so many. Moreover, there's very little ye can do to stop other players from earnin’ them. Even goin’ on the attack will, at best, take half o’ their credits and do a little damage, and despite what ye might be thinking, no amount o’ damage will destroy a player’s ship.

It actually be havin’ a bit o’ the same problem as Monopoly, in that the rich just keep gettin’ richer. Once a player be havin’ a solid lead, there just ain’t a whole lot the others can do about it. 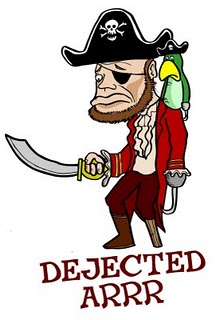 A Game Of Flavor And Space Shanties, With A Few Sour Notes

Metal Adventures is a fun if sometimes stressful jaunt through space; I say stressful because there’s no way of knowin’ when the guy next to you is goin’ to suddenly earn three trophies and win. Still, it’s a fun game with plenty o’ action and intrigue, agreements and backstabbing, and some great design choices. If ye’ve got a good group of mates, then break out the grog (or don’t, if ye want to keep yer wits about ye) and sit down fer some nice deep space piracy!