Platforming In A Land Of Dreams Isn't Just For Kirby Anymore

Pankapu is a side-scrolling platformer with retro style. You play as Pankapu the Dreamkeeper, a warrior who can switch between three different forms with different abilities à la Trine. The bright colors, beat-em-up action, and somewhat floaty jumping actually remind me most of Rayman, although the tone isn’t nearly that goofy. It is the sometimes fun, sometimes heavy story of a warrior and his magical, mechanical spider together in their quest to save the dream world of Omnia from Gangreyn and his army of monsters. 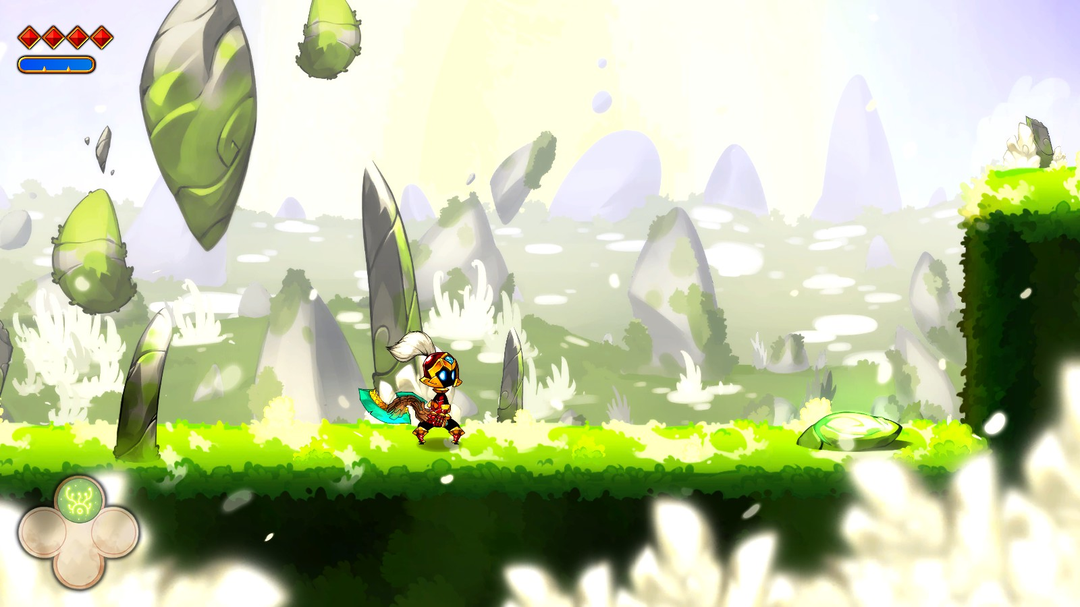 One could almost describe the art style as...dreamy? I'll see myself out now.

The Controls Are The Stuff Of Dreams

Pankapu has the makings of a great action-adventure platformer. The gameplay feels crisp, the controls are intuitive, and the action flows smoothly. Sometimes the game will require you to pull off some pretty complex maneuvers, but the controls help it to be a joy rather than a frustration; one that stands out is when I had to cling to a wall in my warrior form, jump off and switch to my archer form for its double-jump, then switch to my wizard form for its slow glide back down, all to cross a particularly large gap. To Pankapu’s great credit, the game handles well enough to manage such moves fairly easily. You will flip in style and grace through its levels, and the game will make you feel like a badass the whole time.

As for the plot, Pankapu takes a less-is-more approach to storytelling and pulls it off pretty well. It strings you along with bits and pieces of plot, and finding certain collectibles gives you quick flashbacks of the more character story. It’s enough to keep you engaged and wanting to know more, while not overwhelming or boring you with big info dumps. 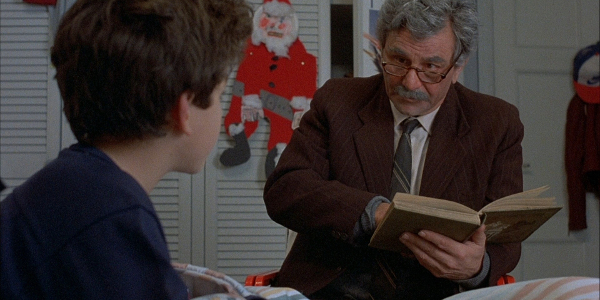 Oh, and the entire game is a bedtime story being told to a frightened child.

Slow Start And Fast Dialogue Are A Nightmare

Pankapu’s description emphasizes how you have to master Pankapu’s three different forms and learn to switch them on the fly. However, it actually takes a long time for the game to get to the point where you can do that. You don’t even get his second form until you’re almost two hours into the game - which doesn’t sound so bad until you learn the entire story is only about six hours long. Pankapu does eventually become a lot of fun and quite challenging, but it doesn’t take the kiddie gloves off until about halfway through the game.

Actually, that’s not quite true, which brings me to another issue I have with Pankapu. The game does last quite a bit longer than six hours, but that’s because you have to backtrack and find all of a particular collectible in order to get to the true ending. Completionists might find that satisfying, but to me it was just aggravating. I have no issue with the bits and pieces of story you get for finding some of the collectibles - in fact, it was a nice bonus for going out of your way. However, when you have to find hundreds of little blue fairy things in order to reach the real ending, it becomes more frustration than fun. 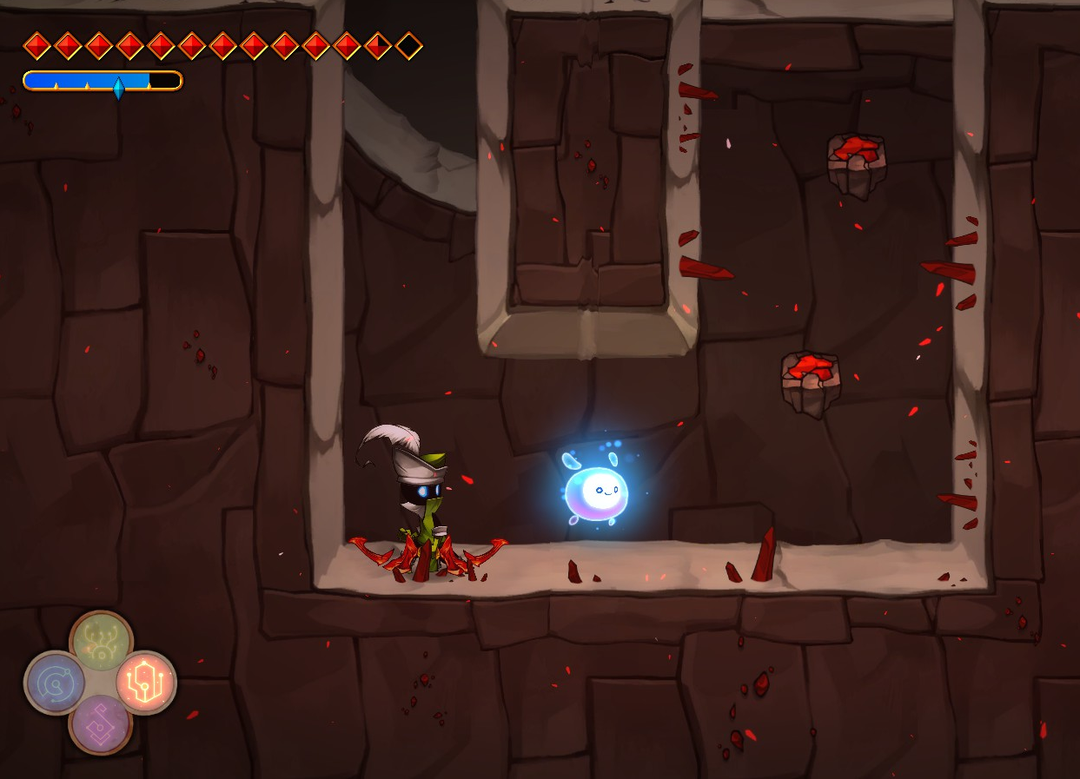 This is a mudjin, and for the story to have a happy ending you need to find every single one.

I’ve also been having an issue with characters speaking where, when I press a button to advance the dialogue, it skips ahead by several lines so I can’t read what they’re saying. At first I was tempted to blame this issue on my controller (I use a PS4 controller with an emulator, and PC games don’t always appreciate it), but the controls work perfectly throughout the rest of the game. It left me with some doubts.

Pankapu isn’t a bad game by any stretch. In fact, near the end I couldn’t put it down. If you can get the whole thing (Episodes 1 and 2) for around $10-$12 it’s well worth it, but with its slow start and relatively short length I don’t know that I’d personally shell out at full price. Your views on value may vary, so take the recommendation with a grain of salt, but personally I’d put this one on your wish list and wait for a good deal to pounce on. 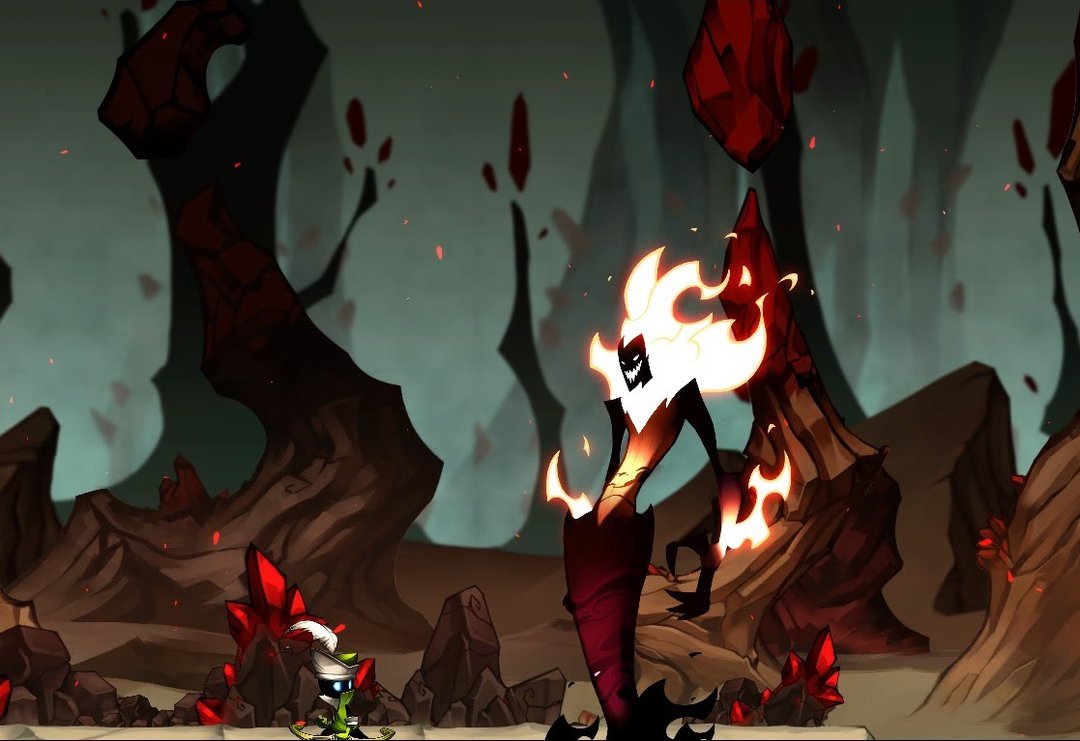 If you want a shot at Gangreyn, you’ll need to get the full game.