Player Agency and Robocraft:
More Power to Ya 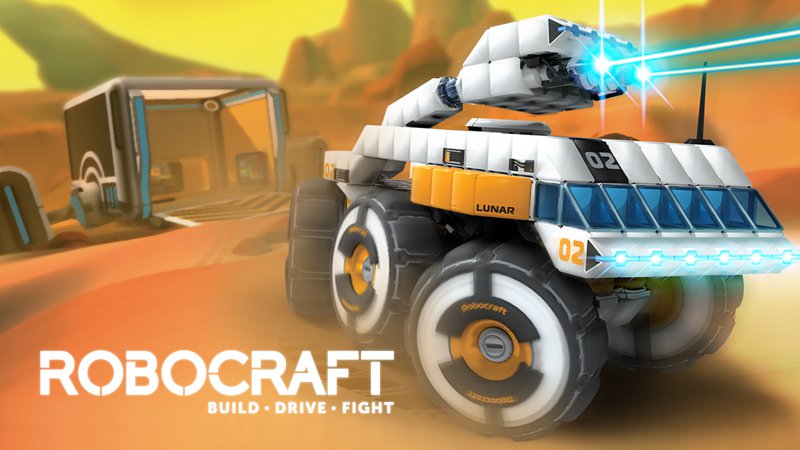 Games of any kind — be they video games, tabletops, or sports — have one thing in common: the player is in control. Whether it’s simply controlling when and where your little 8-bit Mario jumps, or building a new half-elven ranger from the ground up, games revolve around player agency. That's the chief reason why the gaming medium is so different from other forms of electronic entertainment. The ability to leap in, to become part of the action, is the charm of video games.

With that in mind, it shouldn't be surprising that more and more video games have started to include character building elements: levels, skill trees, equipment upgrades; the list goes on. It’s almost become a matter of course, to the point that it can be genuinely surprising to realize that a game doesn't have some sort of character customization option, whether for abilities or just appearance.

Recently, as anyone who's heard of Minecraft knows, some games are now devoted to putting all the power into your hands. It's a trend that isn't stopping soon, if Robocraft is any indication. Robocraft is a fun little game that's been sitting pretty near the top of Steam’s free-to-play games for quite some time now. Your goals are simple: build robot, pilot robot, blow up other robots. You're given just a little push to get started: a robot that amounts to a box on wheels, a quick tutorial, and off you go. But what happens after that? That's up to you.

Minecraft was certainly not the first attempt to put more power into the player's hands. The Scribblenauts games, for instance, are widely beloved for their carefree, do-as-you-will style of gameplay. You have a simple goal: get the Starite. How you do that is entirely for you to decide. If the Starite is up high in the air, you could simply make yourself able to fly and go grab it. On the other hand, maybe you’d prefer to create a helicopter and pilot it up there.

Or , maybe you’re the sort of person who would create a giant immortal polka-dotted pink dragon and put a saddle on it. Not that I would know anything about that sort of person. 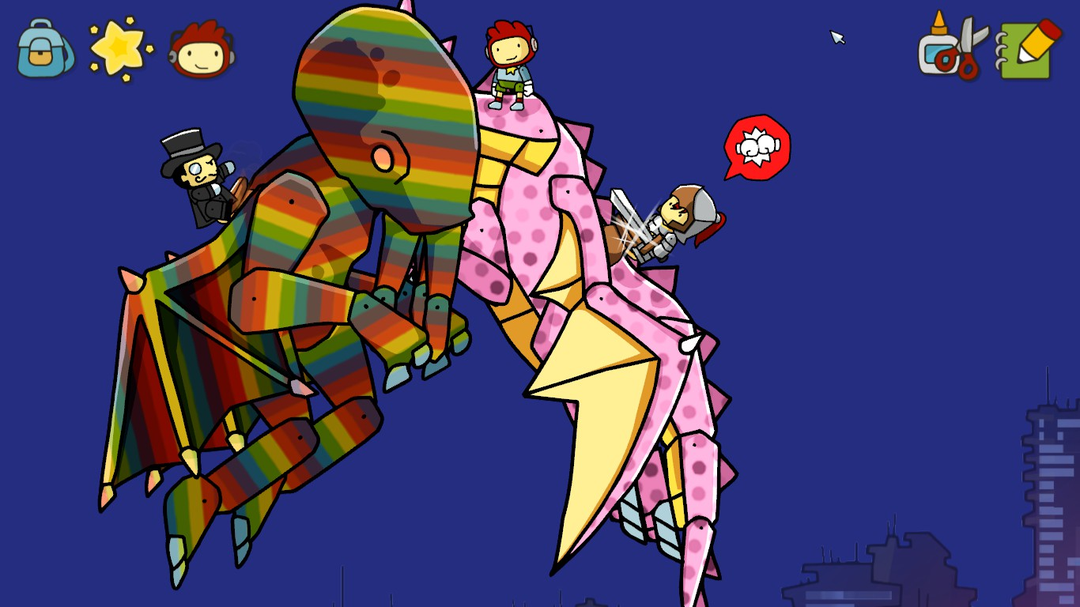 I am the whimsical god of a mad world.

This is where things get interesting. We're living in a post-Minecraft world, and now many games clamor to give you as much power as possible. Scribblenauts has an amazing theme of player agency, though a distinct lack of characterization. On the other hand, you want to talk about character building? How about a game where you literally build your “character” block by block? 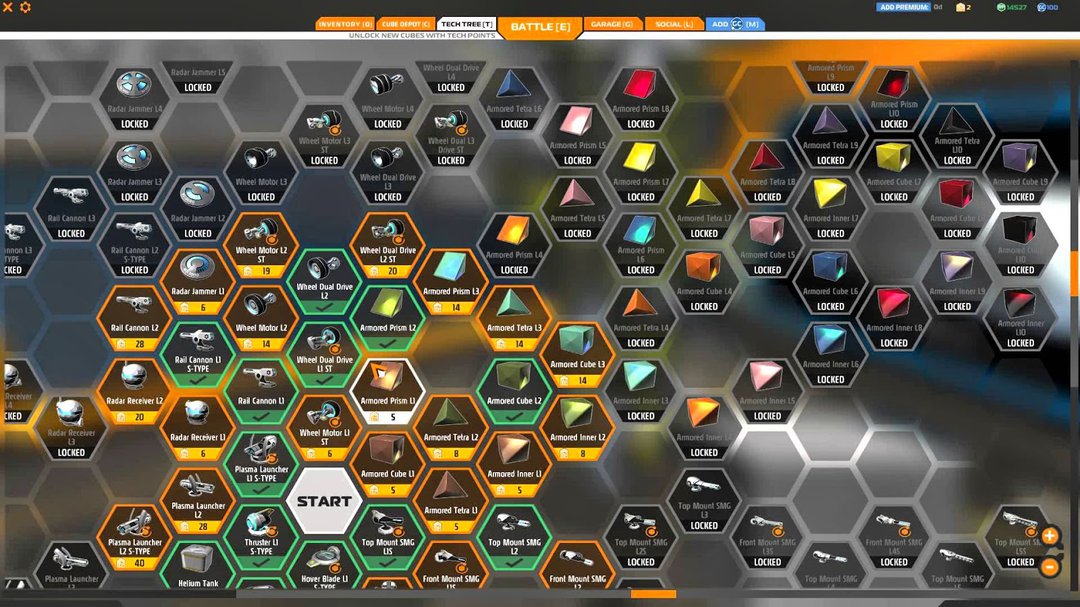 Robocraft also has its own take on leveling up. While your abilities aren’t restricted based on a number next to your name, you are limited by the pieces you’re able to afford. The basic blocks are free, allowing the player to experiment and tinker as he or she wishes, but the more interesting and more powerful blocks must be bought with credits earned through play or purchased through Steam. Each piece has its own stats and special properties, and each affects the overall performance of your robot. The player in this game is half-pilot, half-engineer, and it makes for a fully customized and personalized experience.

Playing Robocraft is like playing with high-tech Legos, or a different spin on Minecraft . When I say that this is a fully customized experience, let me give you an example. One of my housemates was in a match where the enemy team had some more-or-less regular tanks; customized to the players’ liking, of course, but pretty much what you’d expect to encounter. The remaining three vehicles were robot copies of Lord Farquaad and Mongo the Gingerbread Giant from Shrek , and a Rainbow Dash hovercraft. 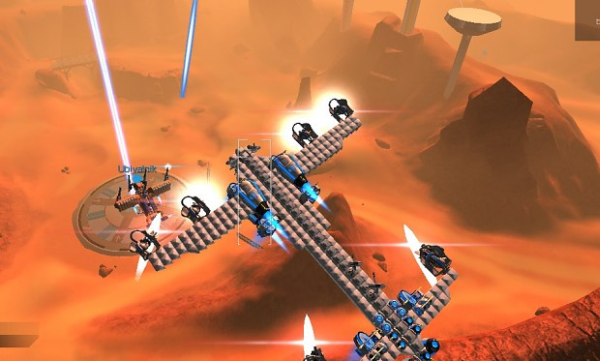 I was very disappointed to learn that he didn't take a screenshot.

Many games on Steam, not just Robocraft, already grant players creative license in previously impossible ways. Through game mods and player-created content, much of which is readily available through the Steam Workshop, gamers have more control over their games than ever before. They can browse what other players have come up with, take what they like and leave the rest, and build their games to their own liking, much like a robot in Robocraft.

Is Robocraft, then, just a natural extension of this idea of player empowerment? Whether a side effect of technological growth or a conscious decision by developers, it can't be denied that customization is an ever-growing trend within video games. In the span of a couple of decades, we've gone from maybe being able to select what spells a particular character can use, to games that allow us to customize our avatar's hair, clothes, and the freaking bone structure of his face.

If the idea of games is gamer empowerment, then this should be an absolute good within the gaming world. However, there is another side to this: can personalization go too far? Could we reach a place where the player has too much power? At what point are there simply too many options? 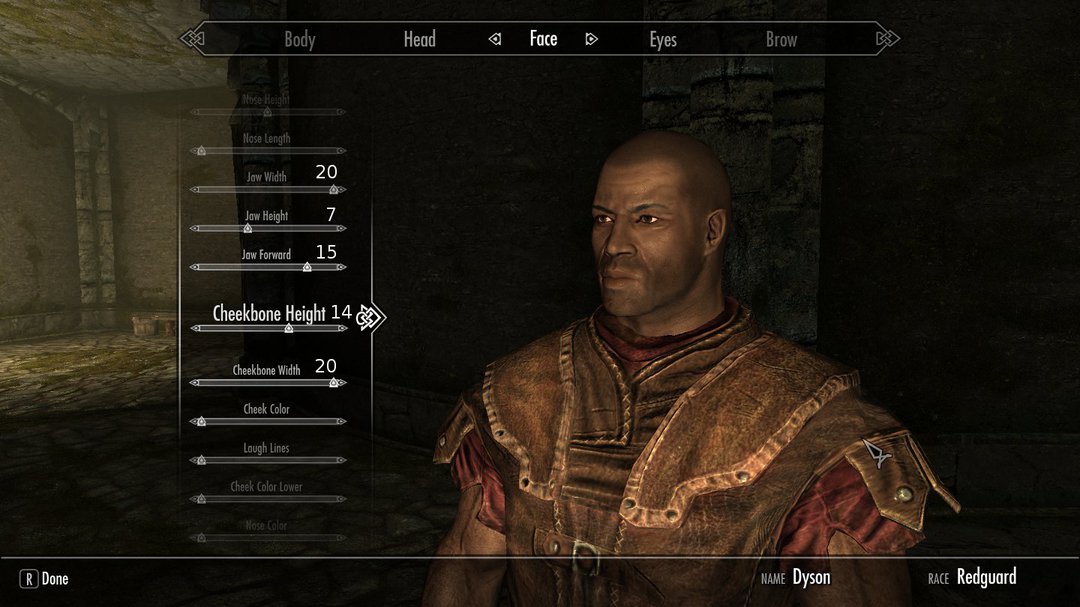 As with so many things, that depends upon the person. There are gamers who spend hours honing every facet of their Elder Scrolls character's appearance to be exactly what they want. There are others, like me, who pick a hairstyle and a preset face and call it a day. Similarly, there are those who will simply turn their Robocraft robot into a cluster of blocks with the highest stats they can find, and others who will spend hours lovingly shaping their favorite ideas into reality. Personally, I very much enjoy character building and construction, but tend to get frustrated with minutiae. Take the previous picture: I have a character who looks basically like what I had in mind, do I really care about the precise angle of his nose? No, I don't, but someone else might.

If games truly are about player empowerment or, as some might suggest, power fantasies, the thing to realize is that everyone's power fantasy plays out a bit differently. For some, power means creative control over your character and the world (Elder Scrolls, Minecraft). For others, it means having the brute strength or sheer awesomeness to plow through obstacles and opponents without needing to think about it (Devil May Cry or Sonic the Hedgehog, perhaps). Heck, some people fantasize about winning the NBA, and there's absolutely nothing wrong with any of that.

Where does Robocraft fit into all of this, exactly? It's a definite step toward one kind of gamer empowerment. Players have the ability to make and play as whatever they want, limited only by their imaginations and the effort they're willing to devote to it. On the other hand, I won't lie; Robocraft is a lot of work. It takes hours upon hours of play to get the parts you need, and even more to figure out how best to fit them all together. For someone for whom power means stepping into a game and dominating everything before him, Robocraft can be frustrating and tedious to the point of exhaustion.

My closing word on Robocraft is this: it's a well-made game with a cool concept, and even if it weren't free it would be worth a try. More than that, it's an extension and exploration of the idea of player empowerment in games. Both in theory and substance, Robocraft is a solid addition to any gamer's library.