If you’re not familiar with The Protomen, then you probably just reread this article’s subtitle more than once. I promise, you did read it correctly. The Protomen are a rock band from Nashville, Tennessee, who embrace an over-the-top 80s style in their costumes and their music. With their faces painted like android versions of KISS, they tell a grim story about an alternate Megaman world.

In this world, Dr. Wily has already won. He rules the world with his unstoppable army of robots, and humanity seems willing to let him. However, one man rises up against Wily’s tyranny. Dr. Light toils alone in his tiny apartment to create a perfect being, an unbeatable robot who would fight back, who would free humanity. Finally, years later, he succeeds. His creation’s name is Protoman, mankind’s hero and savior.

That’s only the first song. 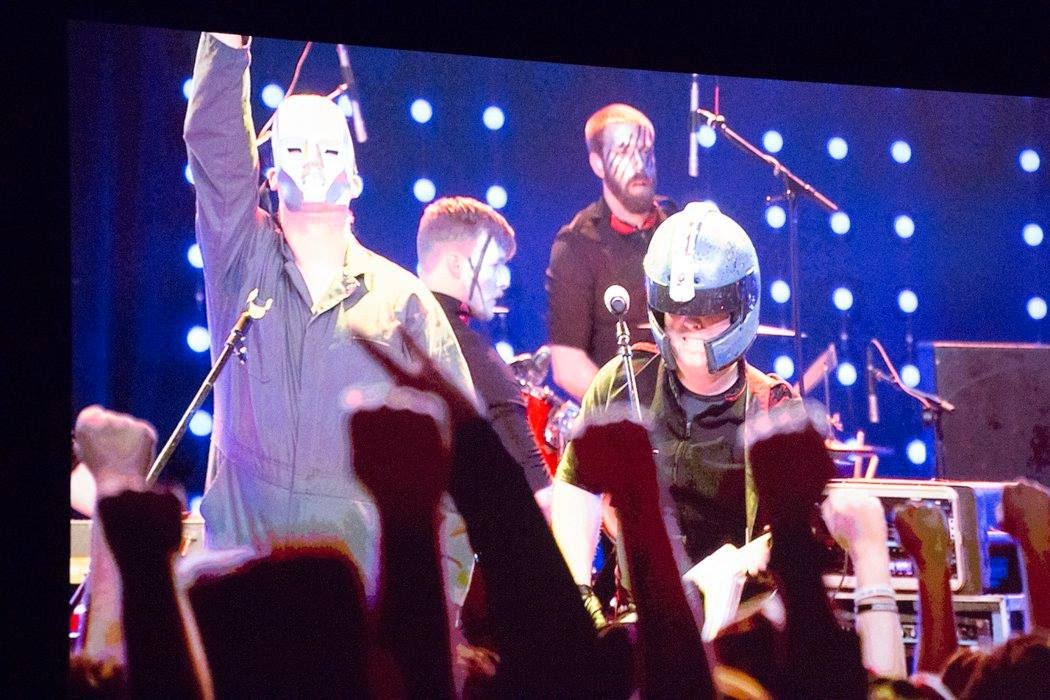 Then Megaman is introduced and it really becomes a “Rock” opera.

A Protomen concert is about so much more than just the music - they’re also actors through and through. Whenever The Protomen play a song they’re telling part of a story. Their shows are sprinkled with short scenes like the one above, wherein Megaman issues a call to arms, calling for the people to stand and fight for their freedom.

Their CDs, as I recently learned, are also about the complete performance. I bought their first album (simply titled The Protomen, though they refer to it as Act I) while I was at PAX East, and the insert reads more like a script than a lyric book. It has descriptions of the setting, lines of dialogue, and even stage directions in addition to the words to the songs. The overall story that The Protomen craft is about resisting oppression, and what happens when people fail to resist it. Protoman fights well and bravely but dies in vain because nobody would stand with him against Wily’s forces - hence his epitaph, “hope rides alone.”

The other major theme is the question of what it means to be a hero. Protoman and Megaman each realize that there is no one among humanity who will stand up and fight against Wily. Protoman and Megaman are heroes because they are the ones who are willing to fight. They are the ones who bring hope. However, the question remains: is that truly what a hero is? When you fail and die, are you still a hero? Do the people even want a hero who will change the world, or do they just want a martyr to worship? 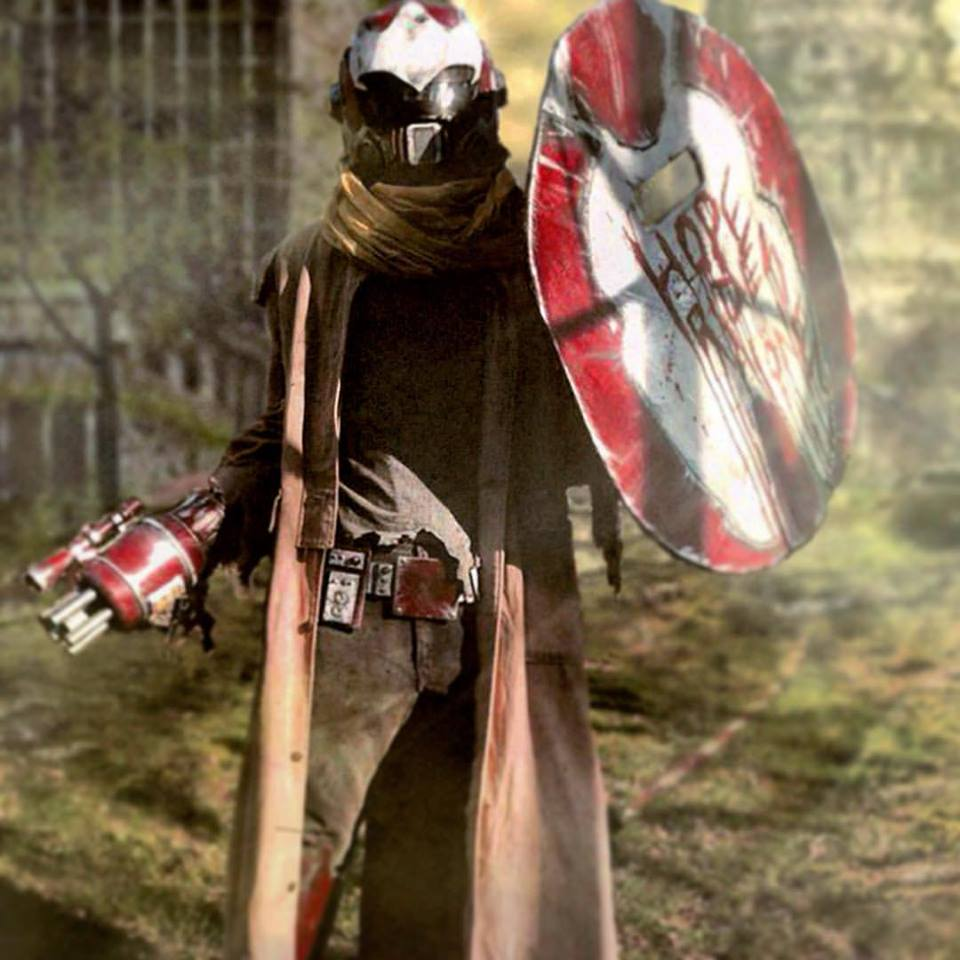 “A hero is just a man who knows he’s free.”Costume by Jason Emery, cosplayer Jonathan Markle.

So The Protomen have a strong, albeit unusual, stage presence and a powerful story to tell. That’s all great, but it doesn’t count for much if their music’s no good. Fortunately, that’s not a problem.

The Protomen were unmistakably inspired by the power metal tradition of the 80s; think Blind Guardian or Queensryche. They use heavy electric instrumentation with strong bass and drums to create a powerful, theatrical sound, with high-pitched vocals providing a dramatic counterpoint. Their playing, using it as a call to arms like they do, raises something almost primal in the listener. It really did make me want to stand and fight with them, and I wasn’t the only one - the energy in that room was intense, from the band and the audience alike.

Unfortunately, when I saw them at PAX East 2017, the sound balance was definitely off. The bass was so overwhelming that it was almost impossible to hear the lyrics. Since the story is such a big part of the show, and since I wasn’t (at the time) familiar with the lore of their world, I wasn’t able to fully appreciate the performance.

Even so, I was interested enough to purchase their first album and give it a listen, and now I’ve come to really appreciate their work. They might not play as fast or as heavy as more modern-style metal bands - looking at you, Bit Brigade - but their sound is all their own and they’re very good at what they do.

What really makes The Protomen stand out, though, is just how unusual they are - in a good way. They aren’t just being weird for the sake of weird; they’re doing exactly what they want to be doing, and to Hell with what’s popular and what people expect to see. In the words of their lead vocalist:

“At the time, we noticed a void in rock and roll. A hole that could only really be filled with grown men and women painting up like robots and playing some fierce and furious rock music based on a 1980s video game. We were fairly certain no one else was going to fill that hole. But, by God, it's filled now. You can thank us later."

The common reaction among my friend group after seeing The Protomen for the first time was total confusion, followed by a few hours of not being sure what we’d seen or whether we’d enjoyed it. Once that passed, often with the help of someone explaining the story behind the music, we almost invariably came to be fans. 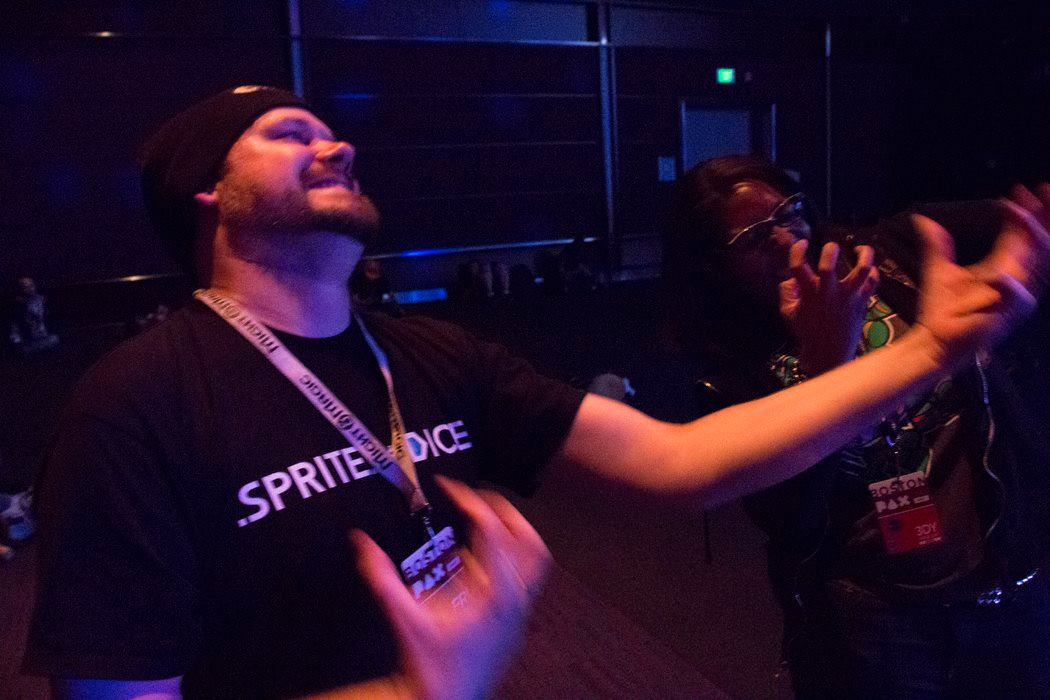 In my closing thoughts on PAX East 2017, I mentioned how I noticed a running theme of taking old, familiar ideas and making them fresh and new again. That is exactly what The Protomen are doing with their art. Every gamer knows Megaman, and most of us are at least aware of rock operas if not exactly well-versed in them. However, I doubt that anyone had ever seen those two things combined and molded into a dark story about courage and cowardice, the nature of mankind, and the nature of heroes.

You owe it to yourself to go and see The Protomen at least once. I personally love them, but even if you end up absolutely hating the show I can guarantee that it’s an experience you won’t get anywhere else.