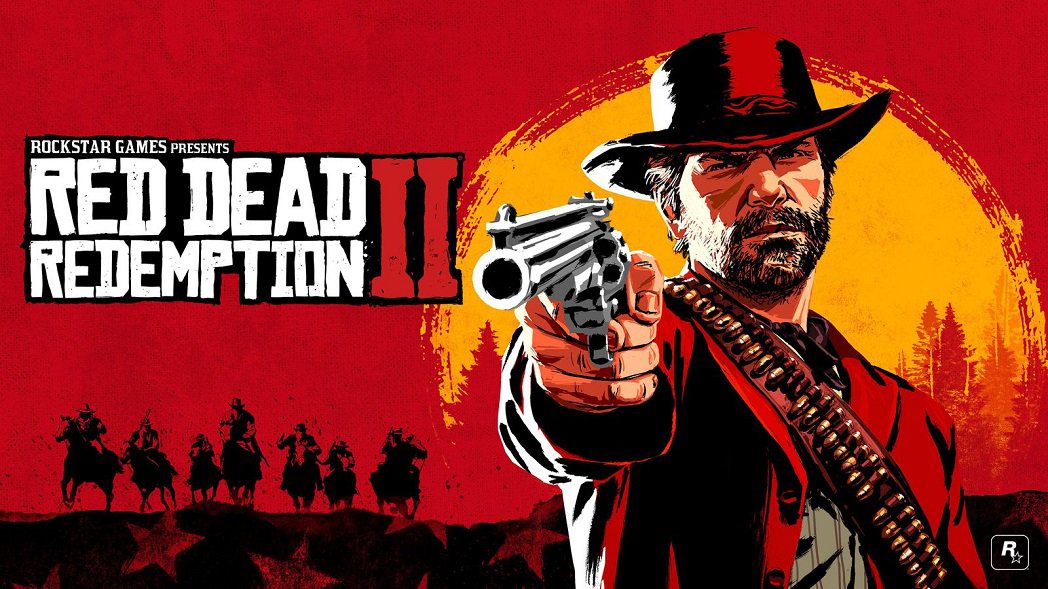 Freedom is a trait intrinsically linked to the wild west and its characters of legend, and as such is the main theme of Red Dead Redemption 2. As Arthur Morgan and the rest of the Van Der Linde gang stumble from mishap to mishap, they leave behind carnage. They search for a freedom fleeting from the world, one without government or civilization. But as the prequel to Red Dead Redemption, how this story ends should be known. Even with this knowledge though, the gang’s folly is inspiring, and the quest they embark on is one of the most engaging, engrossing experiences in gaming this year.

Not Your Average Western

The story opens with the gang well down the slippery slope that leads to the events of the past entry in the series. After a botched robbery in Blackwater, the gang is hiding out in the mountains with no food, water and a few less members than they had before everything went wrong. This prologue for the story lasts about an hour, and leads you through introductions to the gang, a gaggle of outlaws that you’ll become familiar with over the course of the game. Of course there’s the familiar faces of John Marson and his family, Bill Williamson and Dutch Van Der Linde, but there are more new faces than old. 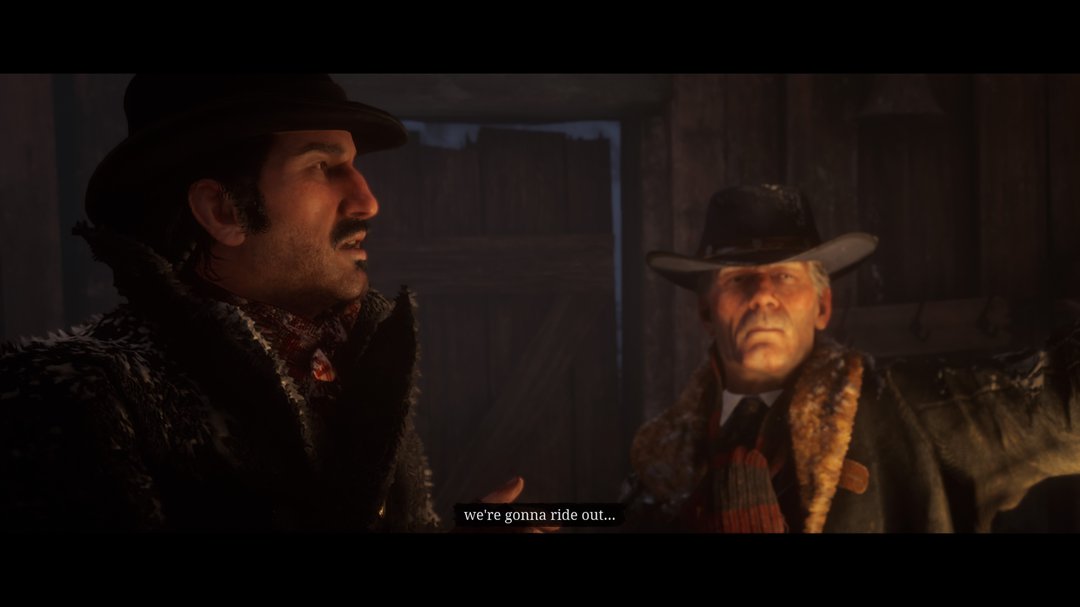 After their escape from the mountains, the gang makes camp at Horseshoe Overlook, one of many camp locations through the game but perhaps the most idyllic. It’s here that you can interact with the rest of the gang as Arthur, Dutch’s right hand man and confidant. Not only are you a central part of the gang, but you’re also in change of its cash. That means donating funds to the gang and deciding which upgrades to get for the camp, from a chicken coop for free food or a boat to go out on lakes and fish.

The first few story missions you go through at this point are cleverly disguised tutorials that go over the basic elements of the game. From hunting to fishing or harvesting herbs, there’s plenty to do in the wide world Red Dead Redemption 2 sets forth for you. Once you get through these introductory missions, you get straight into classic outlaw business, robbing the small cattle town of Valentine blind. 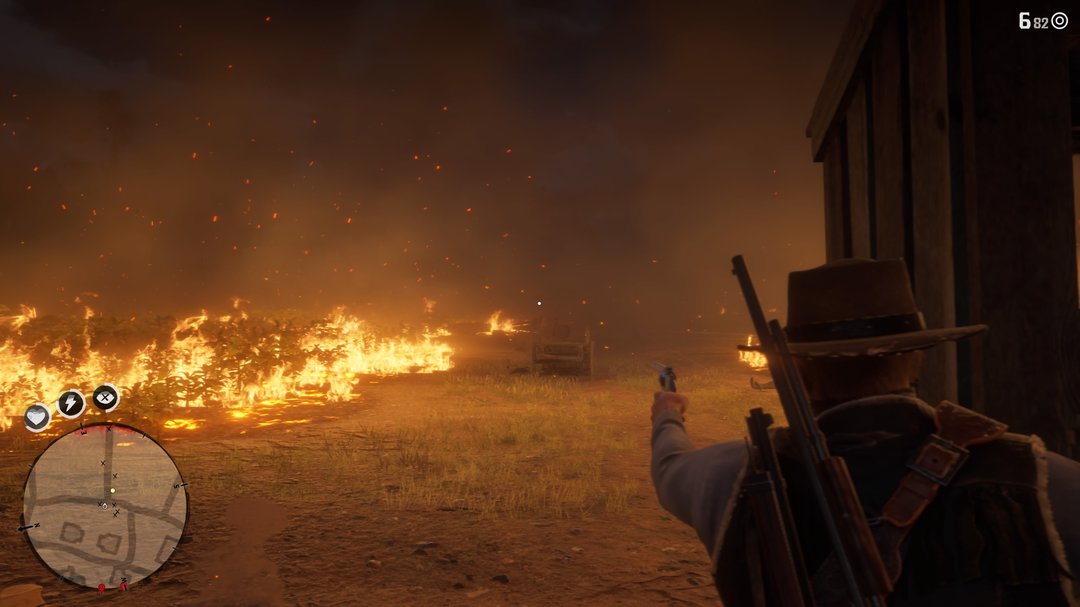 You'll be robbing trains, banks, and a whole lot more.

In between robberies, it’s encouraged that you spend some downtime in your gang’s camp, where you can interact with a wide cast of western outcasts, and where some of the best story-driven moments take place. It’s here that you’ll see the consequences of your actions in full, both the good and the bad, and as the story continues, your camp moves, leaving an almost melancholic feeling once your realize how much you miss places like Horseshoe Overlook.

The story of Red Dead Redemption II is impactful to say the least, driving nostalgic feelings for past campsites and making true connections between you and the gang. However, this impactfulness almost hurt the story for me; it made me regret progressing. In its latter half, the story shifts tone entirely, and changes from an almost spaghetti western into a gritty tale. Don’t get me wrong, I loved the story and where it went. I still missed the overall mood of the game in its earlier chapters so much that I reloaded an old save to play there.

It certainly doesn’t help either that story missions drop off in quality around the mid-point as well. Many of them after this point are like shooting galleries with waves of enemies, which is fun in its own right but wears after the first few. Not only that, but the distances between missions becomes immense, requiring a minutes long ride to start the next one. These two changes break up the story’s pacing, and make its latter half a bit of a slog.

Story missions aside, there is still plenty to do in Red Dead Redemption 2’s version of the wild west. After all, with a gang to support and Dutch breathing down your neck, Arthur needs to make as much money as he possibly can, fast. How he does that is up to you.

Of course, the world is filled to the brim with life. There isn’t an animal that you can’t hunt, and even if you’re well off on cash, pelts can always be used in crafting to make new clothes for Arthur. Hunting is more involved this time around as well, requiring you to track animals and shoot them in the right spot with the right weapon to keep their pelt in good condition. 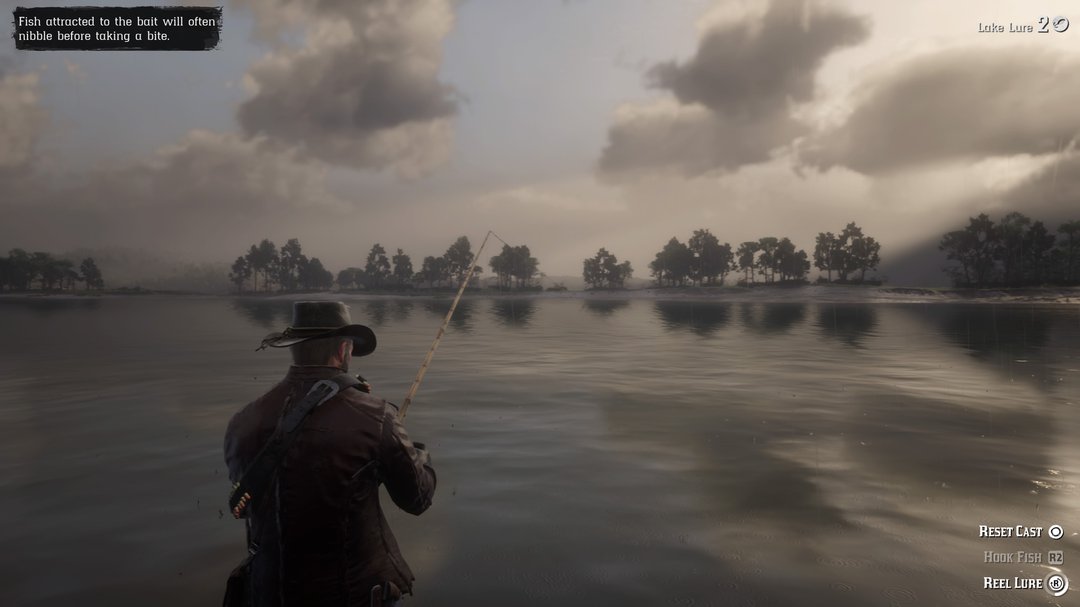 Fishing is a simple pleasure, made better by the game's beauty.

If making money off of pelts isn’t your schtick and you want to play as a true outlaw, there’s nothing you can’t rob in the game. Along with the usual shops, you can rob stagecoaches, the unfortunate random passerby or even a train if you’re daring enough. These robberies can turn into their own missions if they go south, and even then are still well worth the reward. Plus, you can hijack the train after you’re finished robbing it, so add train conductor to the list of things you can do.

Those are just two of the activities Arthur has available in your travels with him. You can also gamble, hunt for treasure, or hunt down bounties for cash. There’s so much to do in every town or city, throughout the countryside or just in your camp that it adds another layer of immersion to the game. You can have Arthur go hunting and robbing all day or spend the day gambling and sleep in a hotel, and that realistic, wide variation adds more depth to every activity. 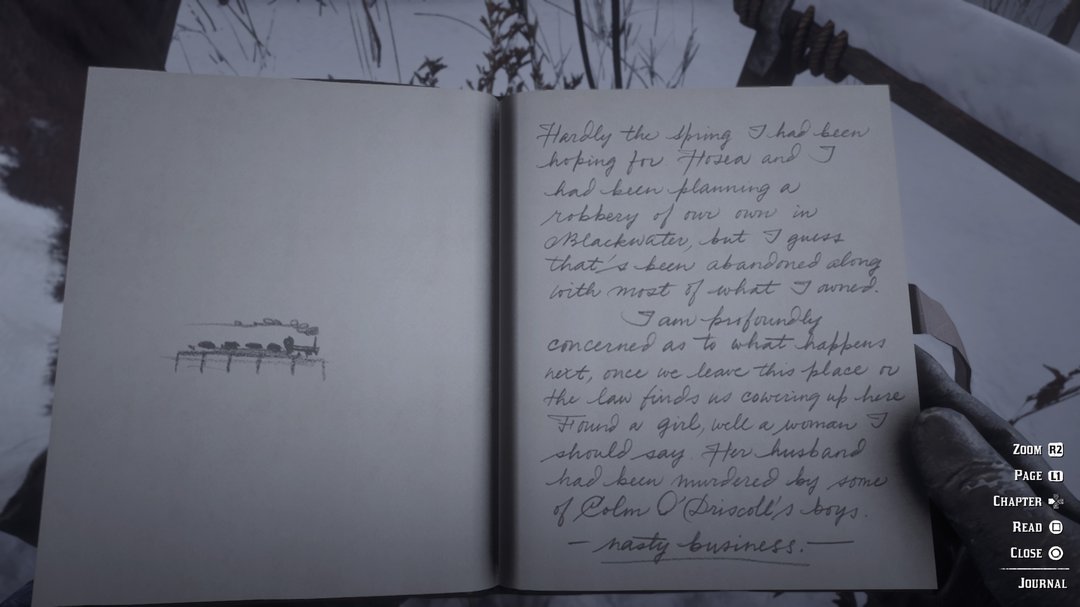 Your personal journal updates over the course of your travels

Reality Gets In The Way

Reality is one of the traits that Red Dead Redemption II is most proud of. At every chance, the game demonstrates its attention to detail, through subtle things like the way Arthur bobs and reacts to his horses movement, or through grand displays of shifting weather patterns and gorgeous lighting. 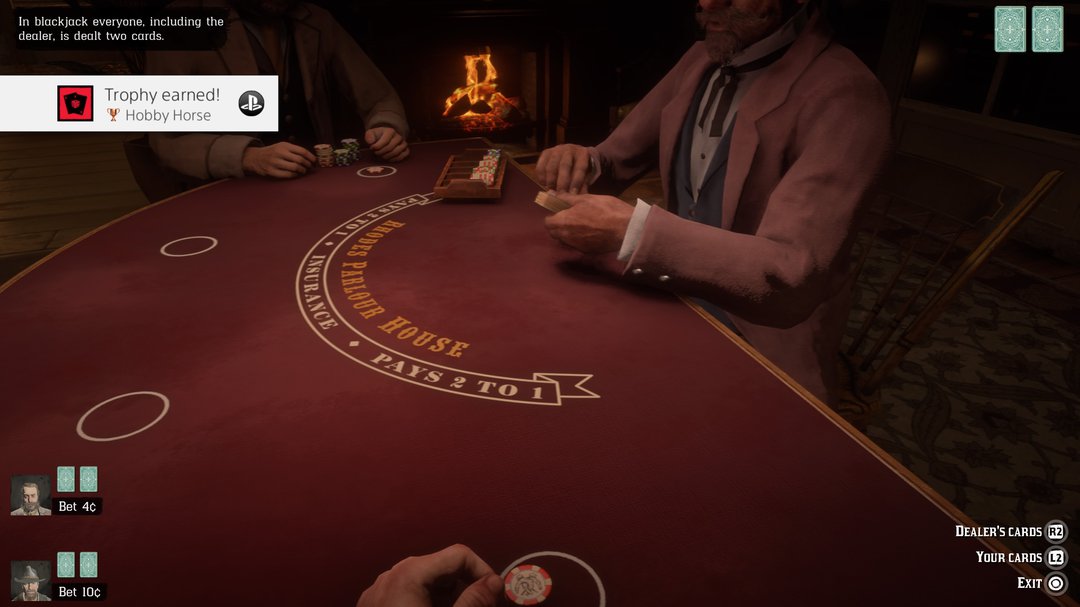 Gambling is a risky way to earn cah, but can really pay off if you're lucky.

However, this attention to detail can sometimes hurt the game. Detailed skinning animations mean killing a group of animals and skinning all of them will take a while, and if you kill a group of bandits and loot them, it’ll take even longer. These time consuming issues extend to crafting, which becomes a pain itself when you’re cooking a large amount of food. The repetitiveness of these animations turn something that would be immersive into more of a hinderance.

Red Dead’s realism gets in the way even more when you’re trying to move around quickly. With virtually no way to fast travel through the game other than stage coaches or trains, getting around the map can be a time consuming effort. Long travels by horse can take minutes, and I found myself turning the auto-driving cinematic camera on then looking at my phone far too often.

The best balance between “gamey-ness” and realism that the game establishes are the meters that now fuel both Arthur and his horse. Each have one for health and stamina, and Arthur gets one extra for his dead-eye. These meters are fueled by cores, which are in turn filled when you eat, drink or sleep. They’re a fantastic way to get you to engage in some of the more immersive moments, like cooking or going to a saloon.

It wouldn’t be a Red Dead game if you couldn’t pump lead into anyone that crosses your path, and even that’s been improved upon with the same detail paid to the rest of the game.

All of your weapons are accessed through a weapon wheel like the one used in GTA V, with one difference: a condition meter. Your weapons all deteriorate over time and with use, and can only be restored to their pristine, point-and-shoot condition after being cleaned with gun oil. Let your weapon get too dirty, and it’ll become an unreliable pea shooter.

Your horse plays a huge part in your arsenal, considering that it basically is your arsenal. All of your weapons and gear are stored on your horse, specifically on your saddle. Whatever weapons you have without your horse around are all you have, so be sure to take what you need before getting into a firefight. Making your horse so integral in this way puts a challenging limit on what you can do, forcing more thought into situations than you’d expect. 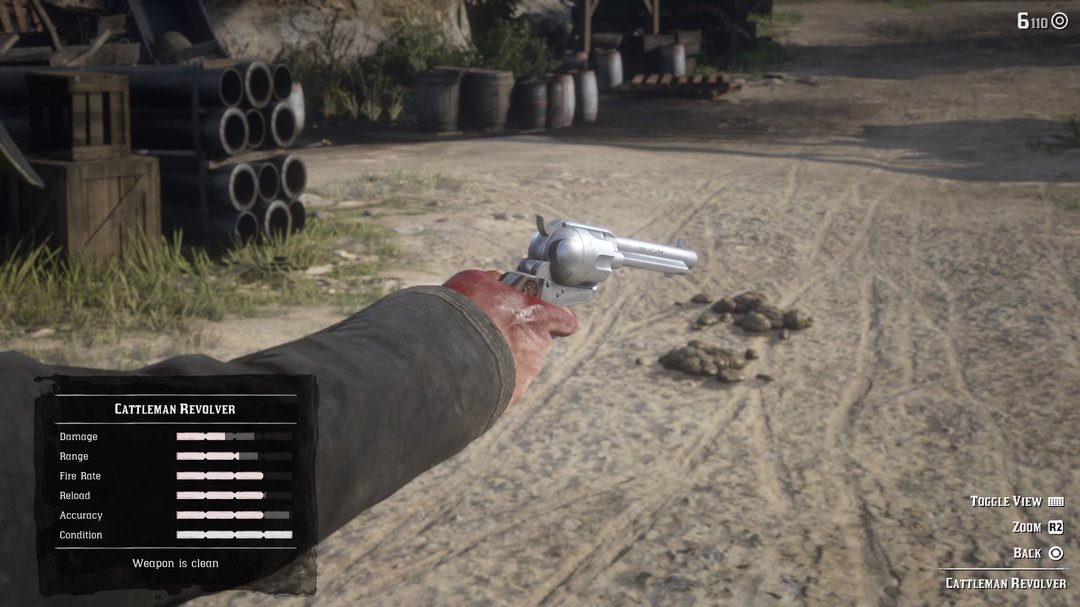 If you don't keep your guns clean, they'll end up being what I'm aiming at here.

To make shooting more realistic for the wild west period, some of the mechanics just for shooting have been changed as well. For instance, after shooting a revolver or a repeater, you’ll have to pull the trigger on your controller again to cock your gun or pull the lever. It’s an extra step that can throw off some players at the beginning of the game, but slowly grows on you.

As detailed as the gunplay is in Red Dead Redemption II, there are a couple of extra features that just fit the game right, and let you feel like the badass cowboy you’re supposed to be. I’m talking about the classic western draw. You can hold down the trigger slightly to draw your pistol on whatever’s in front of you. After gunning down an opponent like that, I’d always double tap the holster button to do a little flair before putting my iron away. These two details are great touches, one that gives you an extra option in gunplay and another that just makes you feel cool, and I can’t ever fault the game for that. 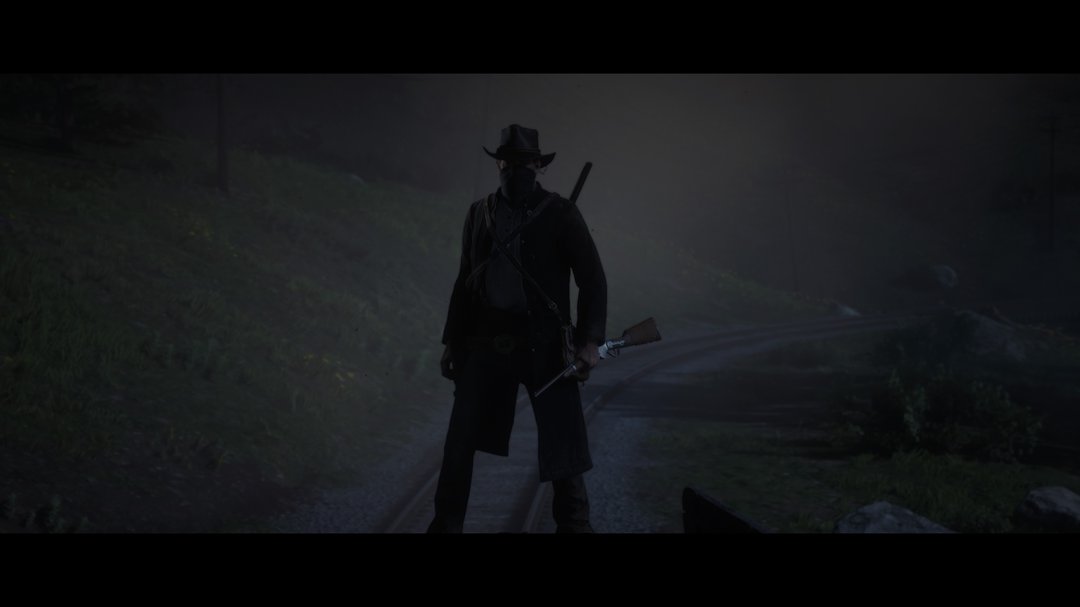 Red Dead Redemption 2 is a titan of a game. With a playtime of 60 hours (if you’re just doing missions and nothing else), you can’t play the game for just a half hour at a time. You have to dedicate hours to playing, because that’s how long the game will suck you in for. It’s not just a titan in size, but also in scope, immersiveness and beauty. However, these swords are all double edged, as most of what makes Red Dead Redemption II a great game also takes away from it in some way. The map is a slog to traverse without fast travel, as immersive as the animations are, many of them stop looking impressive and only take up time.

But regardless of the time that the game eats up, it will end up being a worthwhile journey. Following not only Arthur but also the Van Der Linde gang as they careen towards the inevitable demise of the wild west, and their lifestyle with it, is a powerful journey. One that speaks volumes on the principles of freedom, and the cost of attaining it. As a prequel, it sets up the events of Red Dead Redemption in a seamless manner, but it still stands on its own. Red Dead Redemption II is as thought provoking and engaging as its cast is untamed, and will leave you pining for the good old times when it’s done.