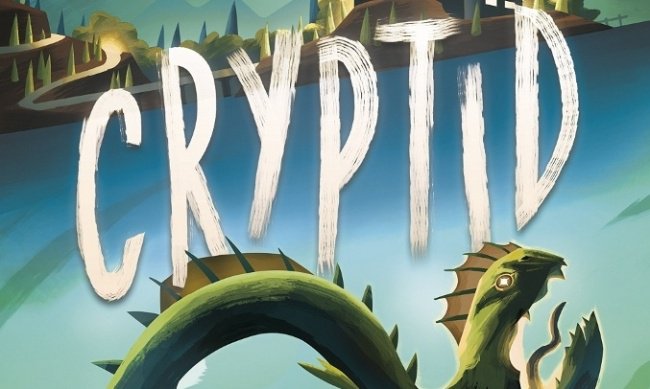 Cryptid, a game all about using logical deduction to find mythical creatures like Bigfoot or the Loch Ness Monster, is all the rage with the boardgamers these days. It’s so hot, in fact, that I had to play something of a deduction game myself just to track down a copy! As I’m not exactly near a local game store, I checked my usual online sources. Out of stock. I checked Amazon, my standby that often sends me dinged boxes but usually has a copy sitting around. Also out of stock. Consider for a moment the implications of this game’s hotness: Amazon was out of stock. And so the search went with me narrowing down my options until I finally managed to nab a copy like the winning cryptozoologist in some kind of metagame tabletop Inception.

In the interest of full disclosure, I should note that Osprey Games did send us a copy, but it arrived by surprise after I purchased the game for my own library. And you know what? I’m fine with that, because this game is so good that I’d have bought a copy to hoard all to myself anyway rather than fight the other Sprites and Dice staff for the review copy! Interested in what all the fuss is about? Then read on.

Finding the one space on the board the creature is hiding in might seem daunting, but you might be surprised just how quickly you can figure it out!

The Basics Of Cryptozoology

A game of Cryptid is so simple that it can be explained in five minutes or less, and it can be set up and played in 20 to 30 minutes, leaving your gaming group plenty of room to play it over and over. This is pretty much exactly how our weekly game night went down. The six modular board tiles are set up in a specific configuration matching one of sixty cards, and each player is given a clue as to where the creature might live. Each turn a player can either question another on whether the creature could be on a particular space given the clue that player is holding, or a player can search a location for the creature, giving away some information about their own clue but also potentially winning the game. At every “yes” or “no” players mark the board with little disks or cubes, so that at any point you can reexamine the board to figure out what someone else’s clue might be. There are a couple of other little rules that keep things moving at a good pace, forcing constant information sharing and preventing the game from stalling, but that’s essentially it. Can you deduce the clues your friends have? Overlap all the clues and only one space is left, which you guess to win the game. We could practically play a round right now, it’s so simple! 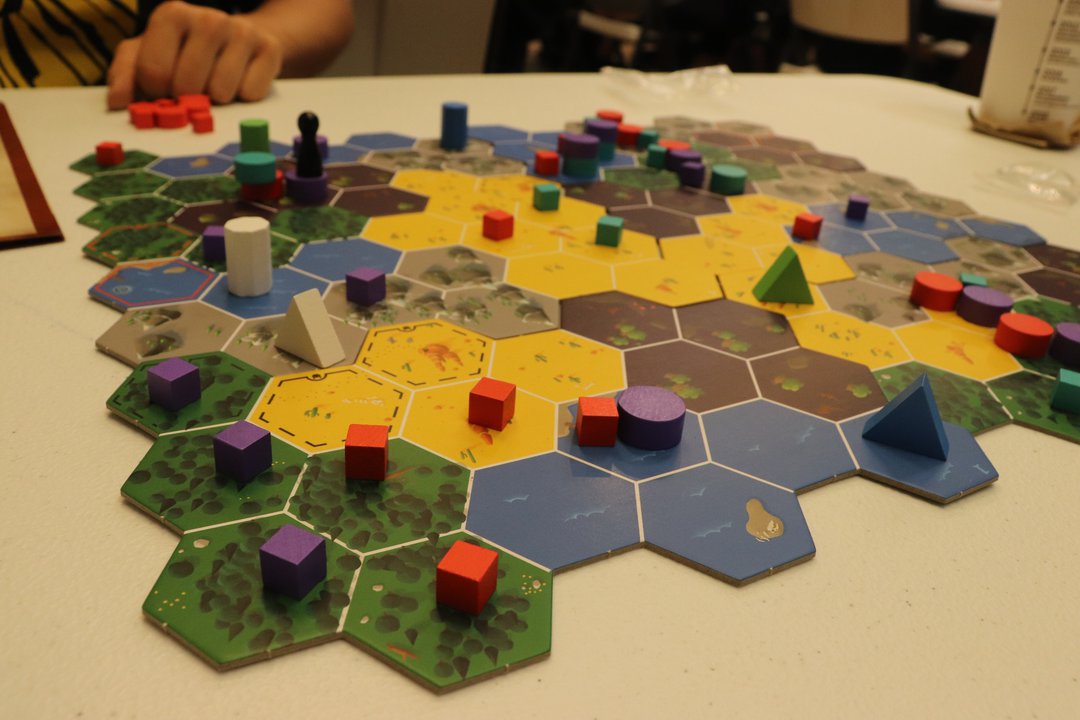 The game is as much about trying to mislead your opponents as it is about figuring out the answer.

The component quality on this game is, frankly, lovely. It’s a stark, clean look, and I think that works very well in the game’s favor. If the art was too ornate, the board would quickly become over cluttered and busy as cubes and disks of up to 5 player colors were added to it. As it stands, the board remains easy to read and enjoyably colorful. I recommend you take a step back mid-game to simply appreciate the look of everything in action; as much as the board looks like candy, though, try your best not to eat the pieces. It also does that extremely satisfying thing that board games do of giving you the tactile satisfaction of placing pieces every turn. Never underestimate the power of placing stuff! As far as negatives, we did have one small gripe about the graphic design, and from what I’ve heard this wasn’t unique just to our group; the bear and cougar habitat markings are easy to get mixed up. We got them completely backwards in our first game, resulting in a stalemate where there was no valid space to satisfy all the clues. It didn’t stop us from fixing our mistake and playing three more games that evening, however.

Our new memory aid for the red and black bordered habitats is “red cougar, black bear.” Like their fur! Don’t make our mistake, and use this handy mnemonic when you teach the game.

I introduced Cryptid at our game night to someone who is a big fan of The Shipwreck Arcana, and I was confident it would be a good recommendation for her. Even though both games have different themes, they’re both about logical deduction at their cores. They both reward calm, analytical thought while you take in their respective, lovely visuals and question your friends. My parallel was spot on, and by the end of the night she was jokingly grumbling that she’d have to spend money on a new game for herself. Eric, however, had reservations.

Cryptid’s greatest strengths are also what might put off some gamers, and this review wouldn’t be complete without saying who might not get the most out of this game. You see, while the game is very solid, very clean in its design, that stark logical gameplay is just that. It’s logical. The theme goes about as far as the image on the box cover, and you could just as well be playing hide-and-seek the boardgame or a pirate game of digging up buried treasure. This isn’t a heavily thematic game of battling the wilds, building stats on a player board, or constructing the perfect wacky gizmo to help you find the Chupacabra. Ask a question, get a clue, figure out what the other players’ clues are before they do it first. That’s the game. As such, while Eric said if that’s what people were playing at game night he wouldn’t turn down playing as well, he wouldn’t pick it first over other more thematic titles out of preference. It’s definitely on the dry side, so if you’re the type who dislikes those kinds of games I’d definitely recommend a “try before you buy.” 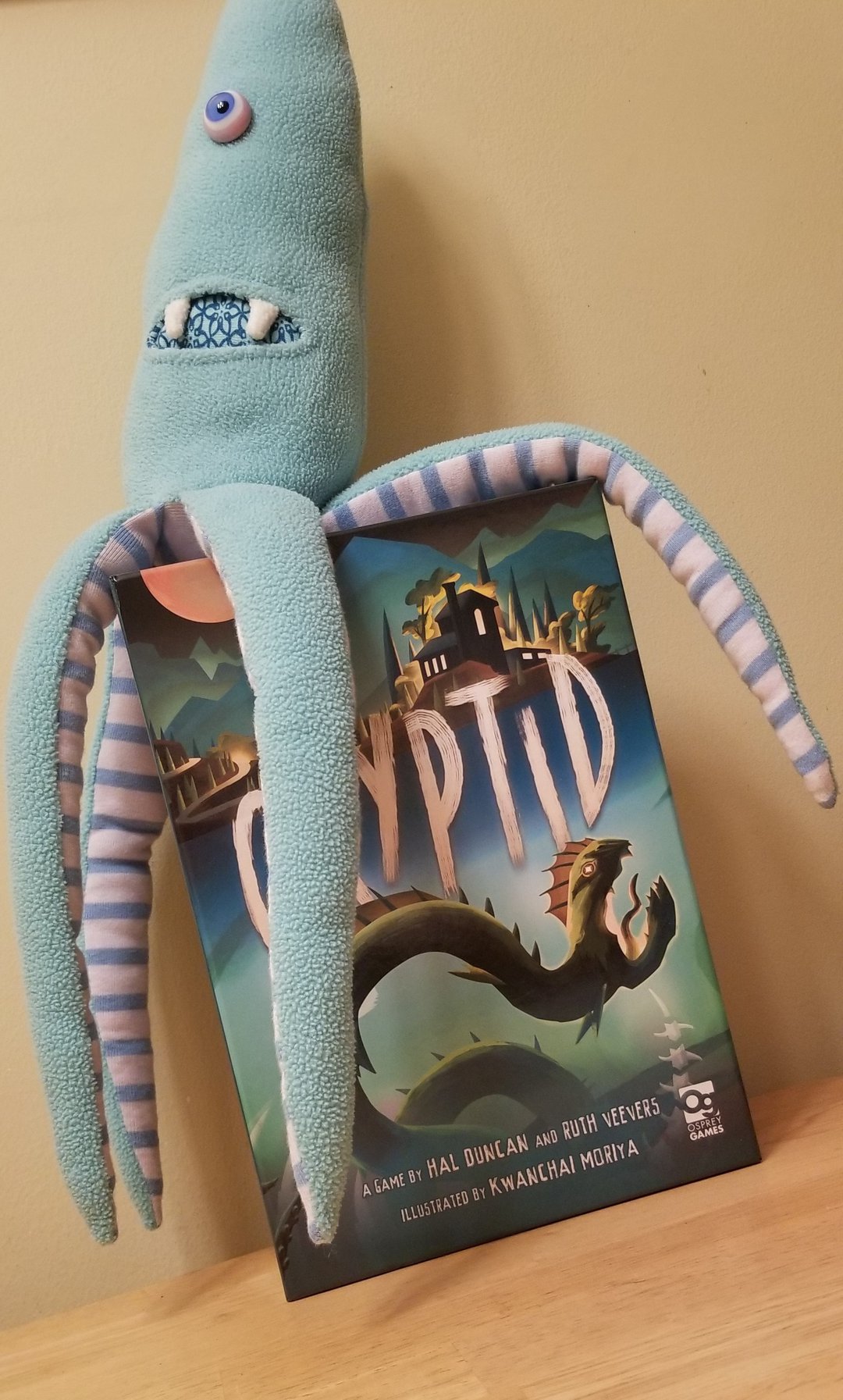 Don't tell my friend, Kraken, that the theme is sort of pasted on.

Maybe I’m just blessed with my particular group of gaming friends, but within the first round of turns on our very first game, I got a glimpse of everything Cryptid could be. Imagine sitting at the table with me, a five player game laid out, all the participants eagerly leaning over the board. Gingerly a couple of disks are placed in answer to some initial questioning. Some cubes drop as well, and Wyatt gets his turn. It’s his first turn, and he’s last in the turn order: the fifth person to take a stab at the board. With utter confidence, he exclaims that he’s already deduced the hiding location of the creature we’re after, and amidst a table full of people who (rightfully?) started out by cautiously questioning each other he declares a “search” action with nothing short of bravado. We. All. Lost. Our. Minds!

He was wrong, of course (but only just), perhaps owing in part to our aforementioned confusion over bear and cougar habitats. Would he have been right if we’d been playing properly on our first game? We’ll never know, but that’s hardly the point. The excitement, the tension that he created with just a simple guess was absolutely thrilling. Dry as this game is, it has the potential for some great moments. You feel clever when you figure out someone’s clue in secret. You feel sly as you mislead other players by laying cubes concurrently pointing to several possible clues, sending them on wild goose chases as you calmly continue your own search; you can never lie about your clue, but that doesn’t mean you can’t be obtuse about it sometimes. And all the while, the game is a joy to behold and handle. With both an “easy” and a “hard” mode, you can ease into the game as you get to grips with its clue system, and it’s very new player friendly. I definitely see this one falling in the “gateway game” category (that is, games that get non-gamers into board games) as well as being a title experienced gamers will enjoy.

That face when you very nearly had it.

All in all, I think Cryptid earns its current hype as a well-designed, well-produced game. It’s pure in what it does, and it still offers two things that any good board game should offer: tough decisions and the opportunity to have great moments with the other players. If board games are all about offering a medium to enjoy the company of friends and family, the game definitely takes that lesson to heart. Osprey Games continues in Cryptid with its track record of publishing clean designs that are solid fun to play; we’ve reviewed other titles of theirs such as Sakura, another simple game about trying to get the best spot to paint the emperor without accidentally dropkicking him, so if you’ve enjoyed other titles by this publisher I highly recommend you give Cryptid a go. Again, I’d advise caution if you have a strong disdain for games that are more on the dry side, but even so I’d recommend you at least try it if it sounds remotely interesting, perhaps with a friend or if your local game store has a copy on their demo shelf.

As for me, I intend to keep this one in my game night bag for some time to come. It’s fun for gamers and non-gamers alike, and I definitely still haven’t gotten my fill of it.