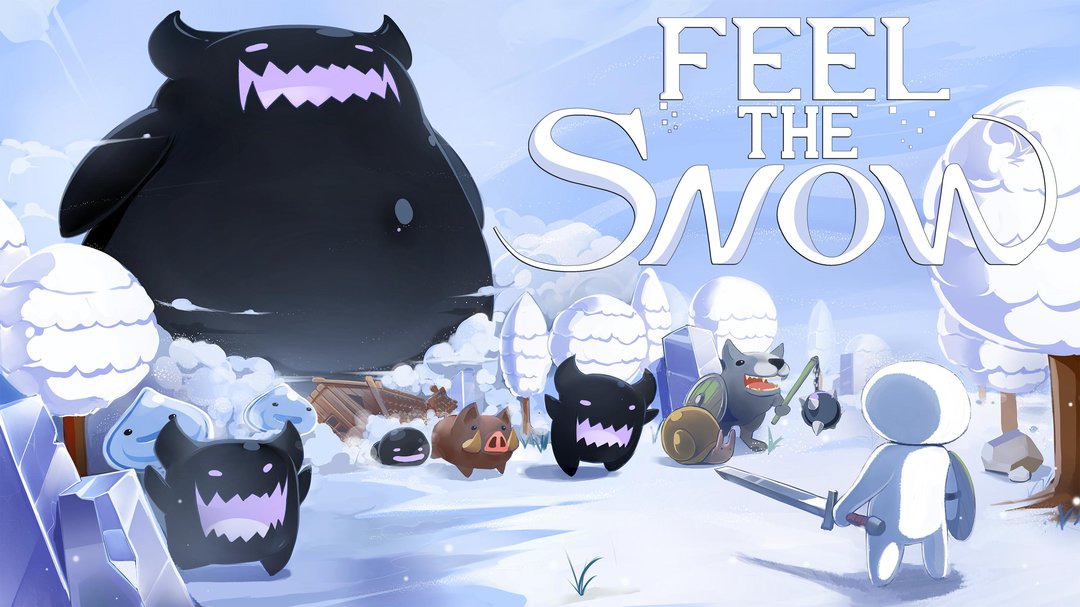 Creating a unique experience within the survival crafting genre is a difficult task given the deluge of titles these days, but the early access title Feel the Snow handles it with grace. Developer Owlet combines its survival crafting base with role-playing elements that add levels of complexity which totally exceeded my expectations. Read on if, like me, you get sucked in by an engaging survival crafting experience.

Walking Through A Winter Wonderland

Set in a snowy winterscape, Feel the Snow places you in the shoes of one of the last survivors of an attack on your small frosty village. Your quest is to find out what happened to your town, rescue its inhabitants, and defeat the evil that’s come to take over the land.

Even though you can easily keep track of your progress in the story, and easily find what to do and where to go next to progress, I didn’t feel like I was ever in much of a rush. Really, Feel the Snow’s story was a small part of the game for me. I enjoyed the places the story took me, candy homes of witches and vast chilling caves, but past that, it took a backseat to exploration. 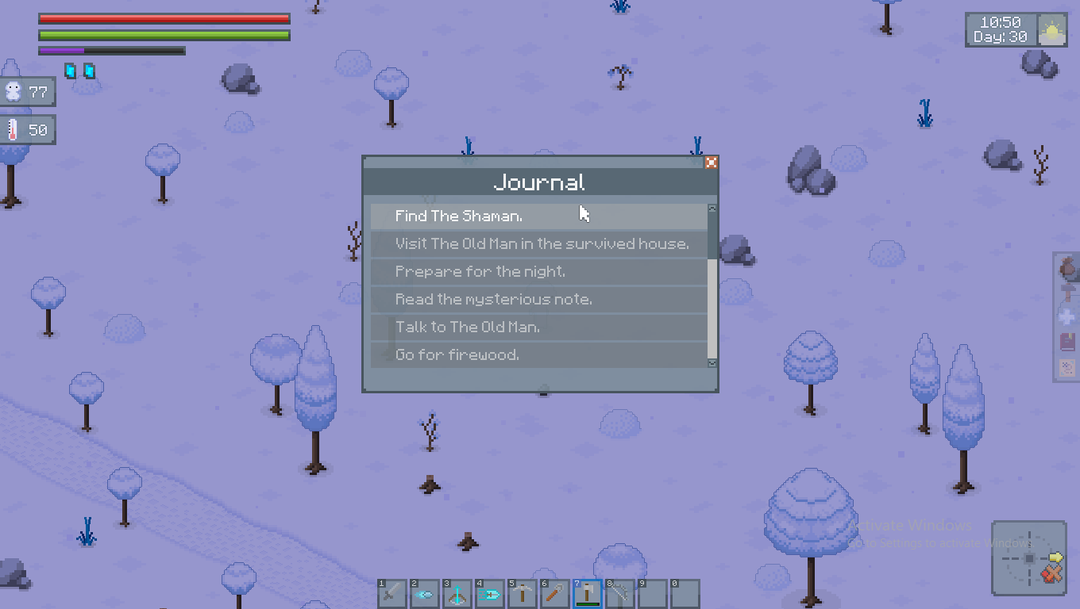 Instead, I found myself exploring the world of Feel the Snow for myself. The map, which was seemingly limited in size, had small structures scattered around it. From treasure chests to foreboding obsidian obelisks, I intended to explore it all.

It didn’t hurt either that the world of Feel the Snow was downright gorgeous. Its cute and somewhat goofy pixelated style was entirely captivating as I ran through the constant snow of the tundra or the dim blue glow of caves. The small sprites of your character, along with the mobs that spawn throughout the world, were adorably rendered and sometimes made me think twice about attacking them for resources. This all quickly changed once night came around and small black impish creatures, along with their larger variants, all known as Nightmares, started to spawn. 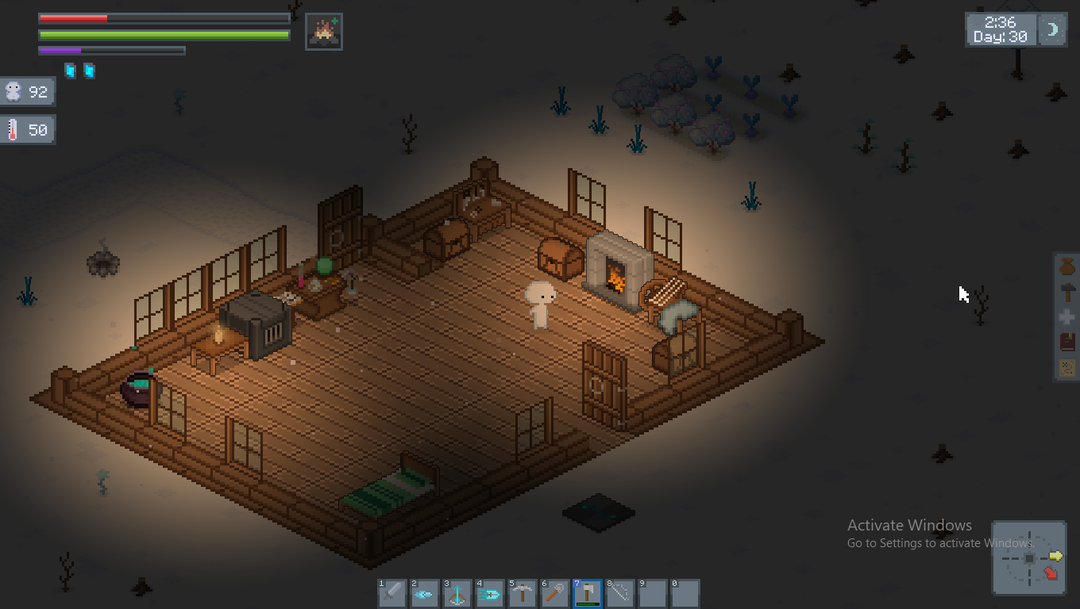 You'll need the comfort of a fireplace when Nightmares are surrounding your house.

However bad that might make nighttime seem in Feel the Snow, there were a few reasons that I enjoyed those nights hiding in my wooden hut. Lighting was given what felt like special attention. The dim warm glow from the fireplace in the house at night is comfy enough that I didn’t mind letting go of the controls for a bit to let my character heal by the fire.

While the style of Feel the Snow was something I immediately enjoyed, its combat is a much more acquired taste. Feel the Snow throws some RPG elements into its mix. You have a stamina bar that drains as you sprint or block attacks, a mana bar that you spend to cast magic and use abilities, and a skill tree full of fun talents to learn. In true RPG form, you level up by defeating enemies, letting you put points in the skill tree and building your character towards a specific kind of attack. I found myself going down the melee tree, which emphasizes swords and shields, and other upgrades that generally made my snowy little character into a full on tank. 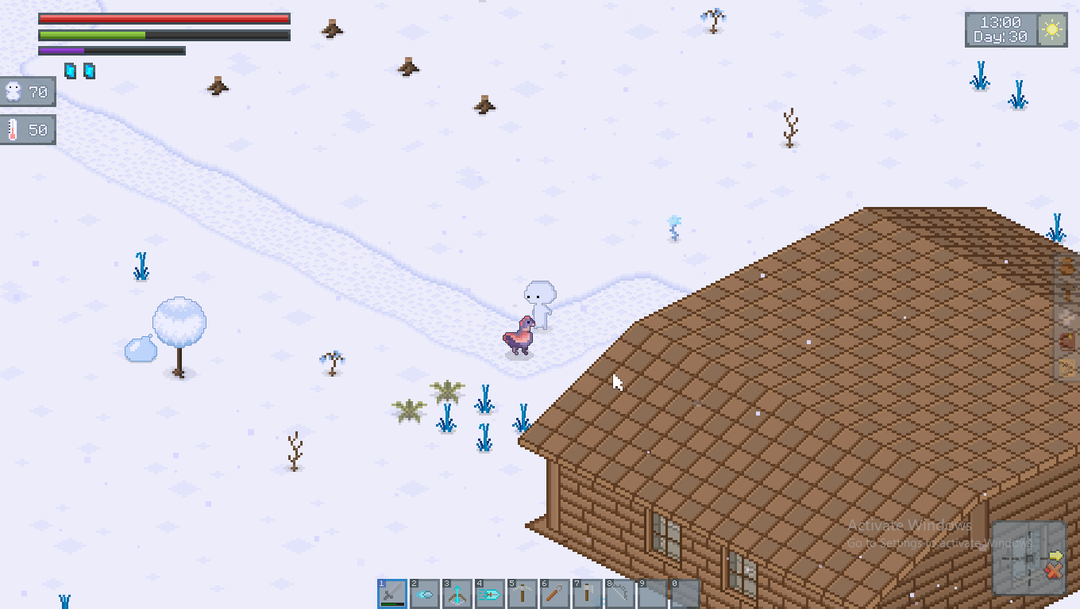 This could possibly be the toughest chicken EVER!

When it comes time to put those skills to use, there isn’t much margin for error. Enemies in Feel the Snow are relentless, and your character starts off pretty weak. Without any real defense, I had to think twice before attacking a chicken for raw meat.

Thankfully, if I was so inclined, I could invite a friend along to help with the chicken menace! Feel the Snow allows for multiplayer with up to four characters. After my friend and I, with him as a mage due to his love of chucking death snowballs at his enemies, geared and leveled up a bit, we were ready to take on the whole world. 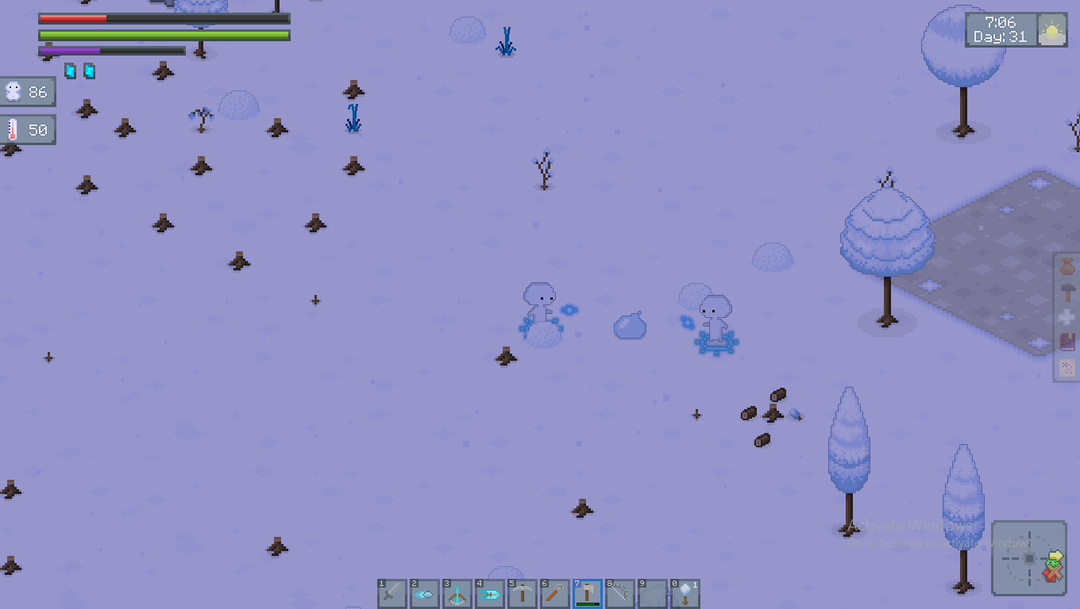 The poor Slime never knew what was coming.

That is, until the enemies in the game get even stronger. The story of Feel the Snow slowly pushes players into new areas, boasting newer and stronger enemies. After being directed into an enormous cavern filled with particularly angry snails and mushroom people, we were bound for another half-hour long grind for experience.

Feel the Snow offsets these necessary grinds by incorporating its crafting system into enemy drops. When you defeat enemies, they have a chance to drop item recipes, which let you craft any new gear, food and potions that you may need. Enemies also drop most of the materials needed to make any of the more advanced gear in the game. While these drops do help justify grinding enemies, the process is still somewhat tedious. Overall though, it didn't detract too much from my overall enjoyment of the feel of the game. 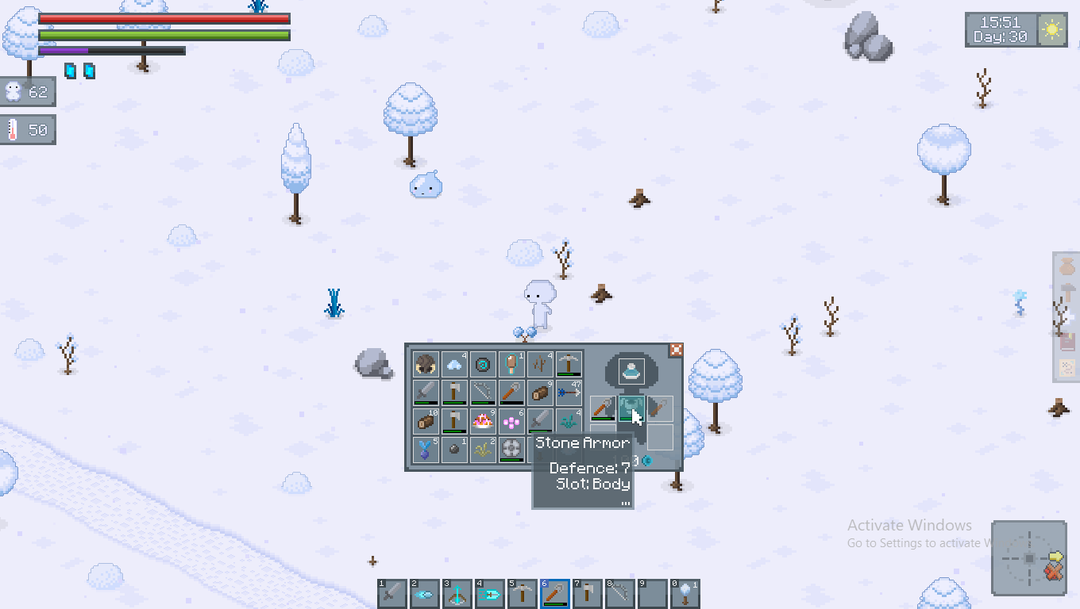 A small inventory means plenty of trips home to store stuff. A staple of survival crafting.

Putting This Snowman Together

I never found myself grinding for drops from enemies too much, as crafting recipes aren’t too expensive throughout the game. Crafting itself was simple, down to the pop-up menus. Different crafting stations were needed for different recipes, however, locking some crafting trees behind a barrier until the proper crafting station was found. It was nothing short of frustrating when I found the recipes for iron weapons and armor but couldn’t make a furnace or ingots to craft with.

When it comes to using all those materials to build a home, Feel the Snow’s unusual camera angle makes everything a bit more difficult. Locked into an awkward perspective, it was needlessly difficult to place floors and roof pieces in the right position. And since another tool is needed to take down structural pieces, putting anything down in the wrong spot isn’t something I want to blame the game for. I feel a few quality of life improvements as this game works towards its full release will help smooth these points out. 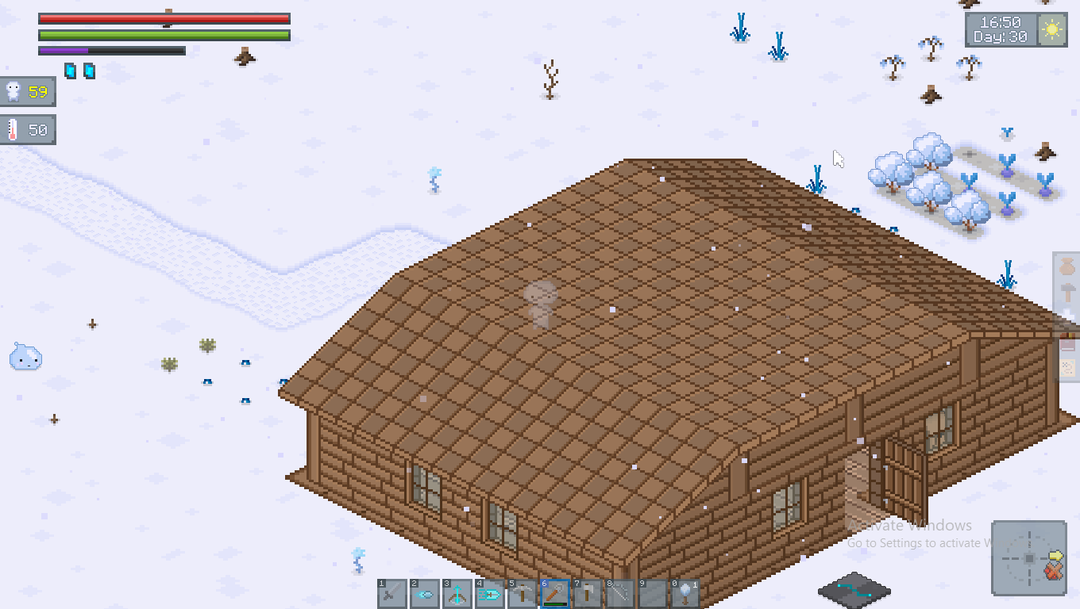 It's especially hard for me to find my door from this side.

Unique As A Snowflake

Feel the Snow benefits from the ideas outside of its genre that it incorporates, building past its survival crafting core. An RPG style leveling system allows players to build a character tailored to their own playstyle, and although it encourages grinding, it is still engaging and fun. Wandering through the frostbitten world of Feel the Snow has left me with a comforting experience, despite the combat and survival threat, that doesn’t require high energy or attention. Just a sense of wonder and an appreciation for cozy fireplaces is needed. With a price set just under $10 and more content promised to be released in December, I recommend Feel the Snow to anyone looking for an experience all its own.

If you enjoy the variety and breadth of our content, consider following us on Facebook and Twitter! We'll notify you when we put out new hotness. If you really enjoy our content, consider kicking us even just a single dollar on our Patreon. We buy many of these games ourselves and enjoy bringing you content on them ad free!