A Light Fighting Game That Fits In Your Pocket

Konsui Fighter is an innovative new fighting game by Circean Studios. It tries to take all the best parts of classic fighting games like Street Fighter or Skullgirls and compress them into a mobile app. It’s an ambitious undertaking for sure, but I was impressed by both Konsui Fighter’s faithfulness to the classics and the inventiveness to make it work within a phone’s limitations. It’s pretty casual by fighting game standards, but as always, I will take this chance to remind our readers that “casual” does not mean “bad.”

As an aside, I beat the developer in a best 2 of 3 match, which won me the copy I used to review this game. This might be slightly spoiling my final thoughts, but that should say something about how into this game I got when I tried it at PAX East.

The Good: Hits All The Right Notes

Considering what they had to work with, Circean Studios did an impressive job of crafting a solid fighting game. Konsui Fighter doesn’t have the depth of Mortal Kombat or the speed and eye-searing flair of Dragonball FighterZ - if I were to compare it to anything, I’d say it’s a lot like Skullgirls - but it does a great job of putting the fighting game experience into your pocket.

You’ve got weak and strong attacks, special moves, and an energy meter that you can use to strengthen your attacks or save up for your ultimate. Once you’ve figured out your character’s moves you can chain them together into powerful combos, or just trap your opponent in the corner and button-mash your way to victory. You can do all of this with just a few controls and a touchscreen. 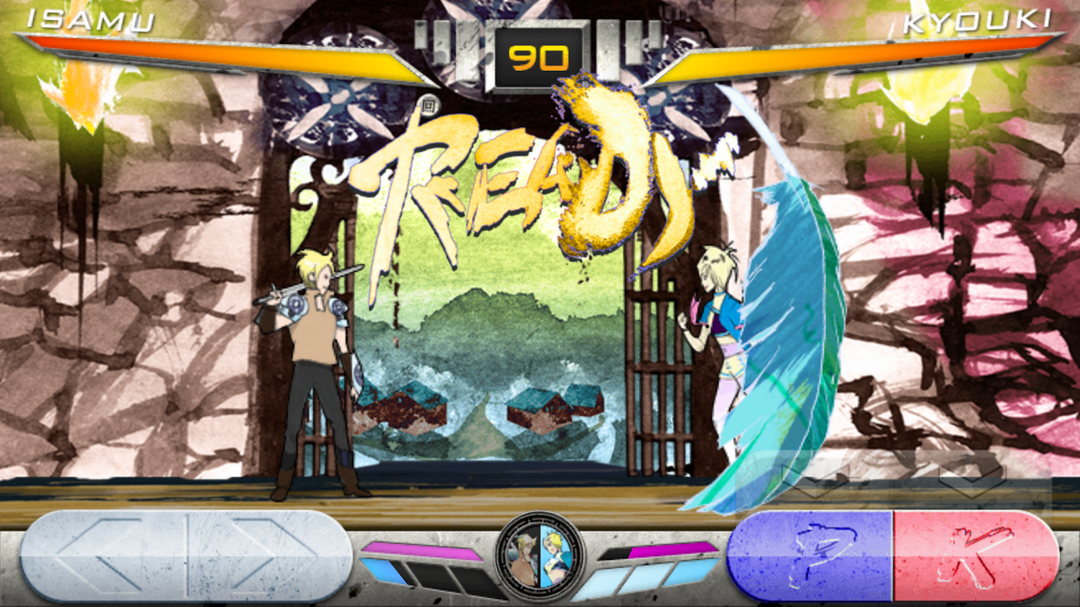 The hand-drawn art is uniquely beautiful.

Speaking of which, let’s talk controls. Mobile games have come a long way since Tetris and Snake, particularly as they’ve evolved to use touchscreens instead of buttons. Touchscreens provide a lot more freedom, allowing for taps, swipes, and various other movements that there are probably names for.

However, anyone who’s tried to play classic games on a mobile emulator knows that they’re not what one could call precise. Anything that requires acting in real time is either limited to one or two easy commands like the infamous Flappy Bird, or doomed to suffer from slipping fingers and laggy, inaccurate controls like pretty much any mobile FPS there’s ever been.

Konsui Fighter takes the first approach, opting for only four “buttons:” Left, right, A, and B, which you can hit with either a tap or a swipe. That, plus one to trigger your ultimate attack and an invisible jump control that is pretty much the entire right side of the screen, makes a total of ten different commands on a little touchscreen phone, all of which work cleanly and reliably. It’s an impressive bit of innovation and one of my favorite things about the game.

Konsui Fighter also has a surprising amount of plot and character development that goes far beyond the standard, “There’s a tournament and/or invasion happening, go punch everyone who isn’t you.” The characters are all different aspects of a dying man’s psyche, and the struggle between them is more reminiscent of Fire Emblem than Street Fighter. I won’t say too much about the plot here; partly to avoid spoilers, and partly because the current early access build only has two stages, so I don’t know how it ends either. 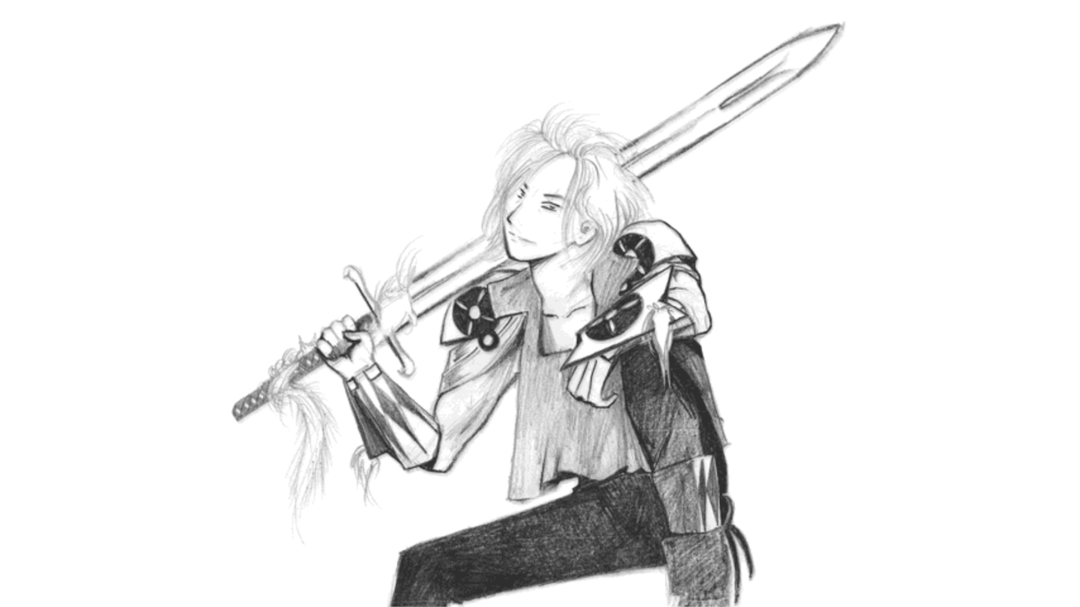 The hero of the story mode is Isamu, a brave but hotheaded young prince who embodies the dying man’s courage.

The Bad: Still Limited By What It Is

Konsui Fighter does a great job of working within the limitations of mobile devices, but it is still constrained by them. In a genre where many games have dozens of playable characters, Konsui Fighter has only eight, and as far as I’m aware no more are planned. Each of those characters only has four or five unique moves, and while the game does a lot with only a few controls, there are still only so many options you can use while fighting. Also, while the art is whimsically gorgeous, the animations are stiff and jerky.

Overall, Konsui Fighter really feels like a fighter from the olden days, actually quite similar to the original Mortal Kombat. Maybe a lot of you wouldn’t consider that a bad thing, but it feels to me like in trimming down a fighting game to go on a mobile device, they’ve cut out out most of the growth that the genre has enjoyed in the last decade or so. 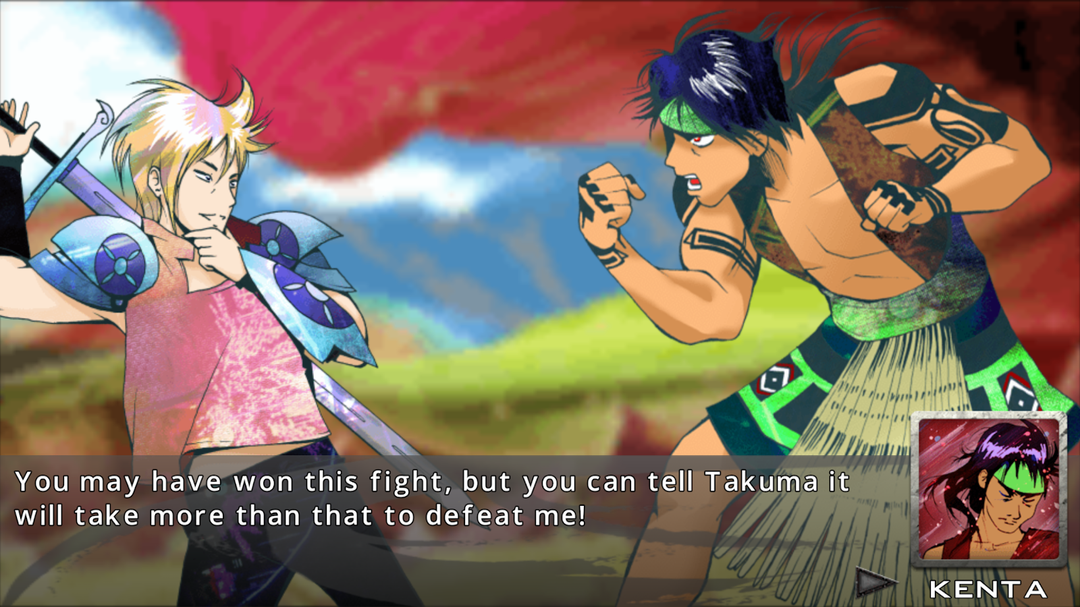 Is this like when an anime character says, “I won’t die even if you kill me?”

I also have two minor quibbles: First, the opening cutscene borders on JRPG territory with how long and plot-heavy it is. The prologue lasts longer than the fight that follows it.

Second, I really wanted dash to be a double-tap on the direction buttons, not a swipe. I mentioned this to the developer when I tried Konsui Fighter at PAX East, and he explained that the double-tap controls would have interfered with special attacks, many of which do require hitting the same direction twice. So, fair enough. I don’t have a better solution and it’s certainly not a deal breaker, but it was the one thing that stood out in the otherwise smooth controls.

In spite of its limitations, Konsui Fighter is a basic but solid fighting game that plays a lot like the classics. The art style is whimsical and beautiful and the plot, while a bit overbearing for a mobile fighting game, clearly had a lot of love put into it.

Speaking of a lot of love, the game itself has been in development since 2010. However, far from suffering from the pitfalls of development hell, the years of dedication shine through in a polished and unique game for a platform that really wasn’t designed to support it. 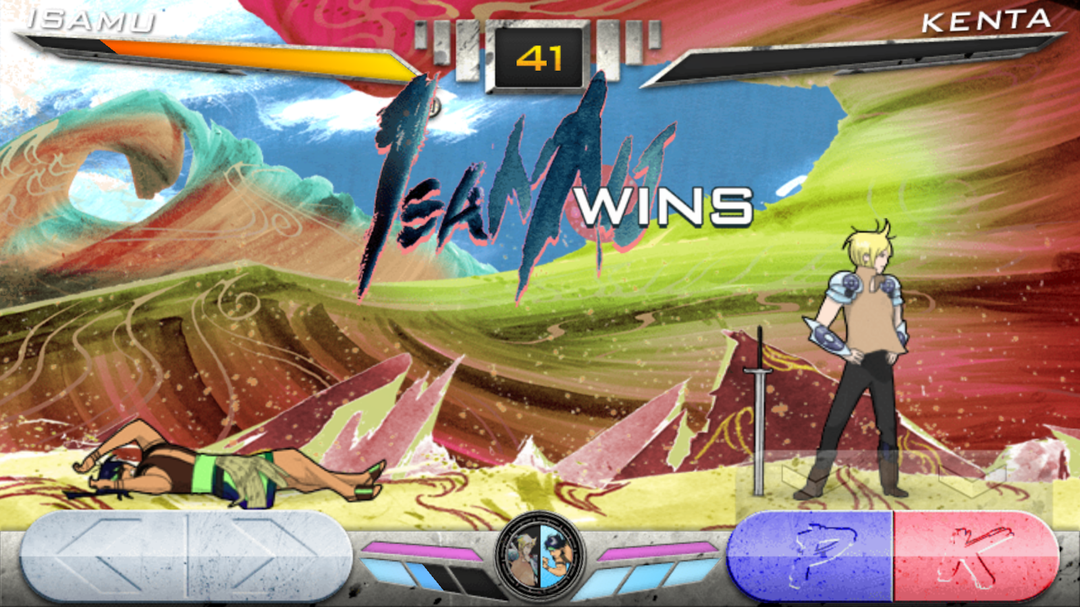 Overall, Konsui Fighter is great as an accessible, portable fighter and is a clear cut above many other mobile games. With a price tag of only $3.99 (or $4.99 if you wait for the full release) it’s hard to go wrong. I highly recommend checking this one out on the Google Play store, or going over to the Konsui Fighter website if you’d like to know more.