More Than You Bargained For 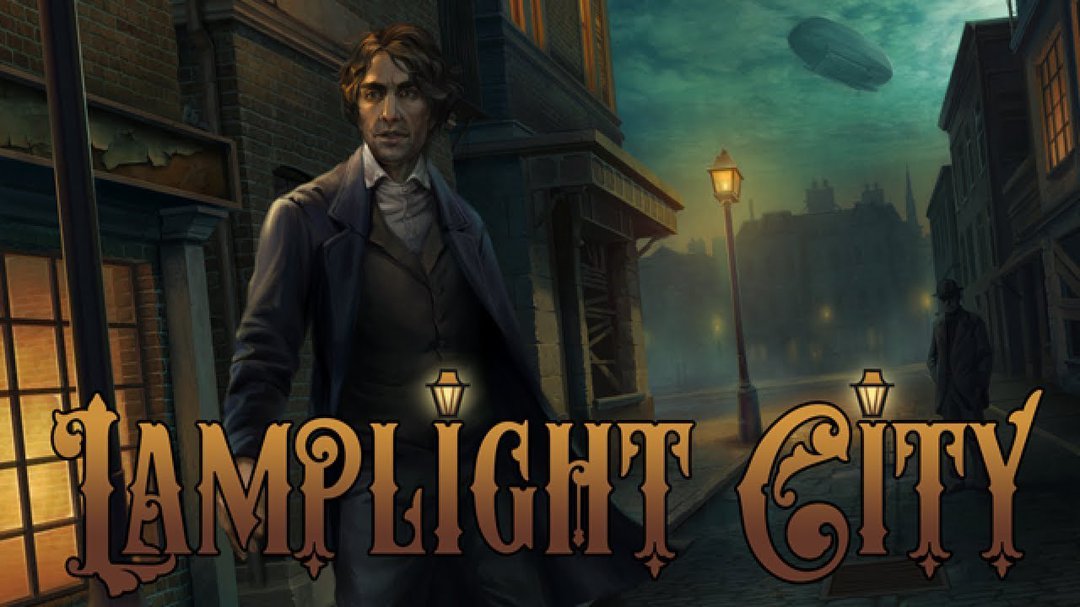 I don’t know what I’ve done to deserve such good gaming karma these days. I am, frankly, spoiled for good, modern point-and-click adventure games. We recently reviewed Unavowed, and while that game was enough to draw even the eye of The Escapist’s Zero Punctuation review, we have even more shiny to behold.

I’m talking, of course, about the newly released Lamplight City, a game all about being damn fine (if personally haunted) private detective in an alternate, steampunk Victorian era. It’s not even a stretch to say that if you loved Unavowed or any of Wadjet Eye’s other titles you might like Lamplight City; the guy responsible for Lamplight, Francisco Gonzalez, worked with Wadjet Eye Games on Shardlight. Small world.

And that means that now, this very year, you have yet another affordable fix to fit excellent storytelling, puzzle solving, and loveable characters into your clicking obsession. 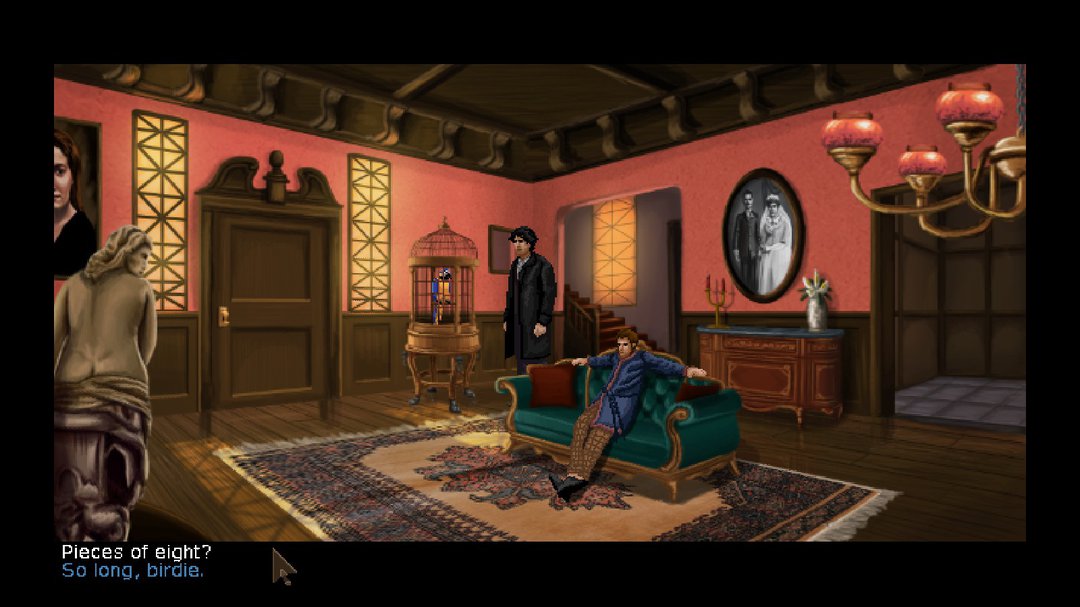 Yes, the bird is an easter egg to prior adventure games. Yes, he's also a clue to a puzzle. No, it's not that simple, and yes, you'll still have to figure it out yourself!

Bang For Your Buck

I am simply floored nowadays at how different designers, like artists given the same set of paints and canvas, come up with such different takes on their art. With Lamplight City, you get all the staples you’d expect from a top-notch adventure game, while some of the finer particulars are nudged into their own brand of uniqueness. And let me be clear, you get a lot of game for your fifteen bucks. You get beautifully rendered environments, believable and quirky characters, excellent voice acting, an atmospheric soundtrack, intriguing cases to solve, a narrative hook that ties the game’s intro case through its subsequent chapters, and more.

In a short interview I had at PlayNYC with Francisco, Grundislav Games’s founder and a man with an impeccable knowledge of classic adventure games, I was told that Lamplight City will have a total of five cases (not including the intro chapter) and four endings! Two of these are achievable even if you bungle all your detective work, though they’ll net you what were described as “the sad ending” and “the jerk ending” after the forth case. Do well and you’ll play the fifth and final case, netting you either “the ok ending” or “the very good ending.” If that’s not enough replayability for you, there are also 42 achievements (a purposeful choice) you can hunt during your playthroughs, calling for multiple path runs to collect them all. People who like to wring every last penny out of their purchases will have plenty to see and do with this title, while those who want to play once and take the ending they earn will feel equally satisfied. In either case, how “well” you play won’t impede your ability to enjoy the engaging story and characters. 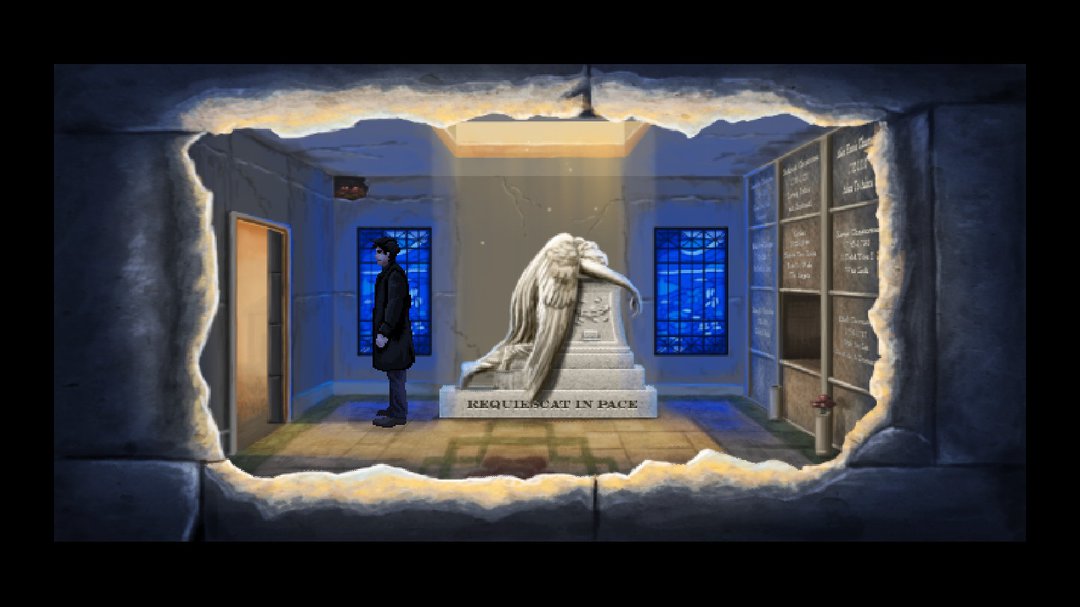 Subtle lighting effects, the sound of shoes on stone or wood, and all kinds of little details bring an already gorgeous game to life.

A Mystery For All

In terms of accessibility, Francisco told me that his aim wasn’t to create cases that tested the absolute limits of your wit and reason; in keeping with modern adventure games’ improvements over times of old, you’re not expected to be Sherlock Holmes at the cost of actually being able to play the video game. No player should be locked out from enjoying a good story. In one of Lamplight’s first unique twists, you’re free to accuse anyone you collect enough evidence on to establish both method and motive. However, characters will remember your actions from chapter to chapter, and your overall game arc will suffer or soar for your choices. Do you want the lazy way out? Are you looking to confirm some of your preconceived notions? How deeply do you want to dig? You might be surprised just how deep some rabbit holes go and what you’re capable of if you push yourself.

Another of Lamplight City’s derivations from other point-and-clicks is a lack of inventory system. Sometimes you will pick up items for use later, but they are always brought up in the context of interacting with the right object at the right moment. At first I missed the puzzle solving that comes from having a bottomless pocket from which you retrieve items to throw at your environment, manipulating it until it bends to your superior will. But as the game progressed, I came to love this stark, clean system. The emphasis in Lamplight isn’t on clever item use but rather your detective skills: noticing small clues, questioning suspects and witnesses, and stringing together your investigation. When you nail your lead, it feels no less satisfying, and I was grinning ear to ear when the police showed up to arrest my chosen suspect after the first case.

Questionings are handled in a close-up style that really emphasises your role as a detective.

When I went into this game for review, what I was expecting was a series of interesting mysteries, engaging characters, and some good old puzzle solving. What I didn’t expect was the diversity of themes represented in the storytelling. Classism, sexism, and racism are all very much a thing in this steampunk Victorian world. This game shows a dark and disturbingly believable side of society that is hauntingly relevant to a modern era gamer. Without going into spoilers, I was irked when my main character asked for the male owner of a shop, surprised to learn a woman was the proprietor; I was prickled on learning how women wanting to enroll in university were viewed; and I was downright appalled at the treatment of people of color throughout the city. This game does not shy away from the hard topics!

Frankly, I found it refreshing. Here we have a game made by someone who lives in one of the most diverse cities in the world, and that keen awareness of how people treat others, or should treat others, comes through strongly in this game. You grapple with what it means to be a decent person to someone, see justice done, or not depending on your given playthrough. The storytelling is never heavy-handed, though, always firmly grounded in believable characters and motives. It makes for one heck of a gaming experience, and one I was definitely not prepared for.

I’m glad to have experienced it. 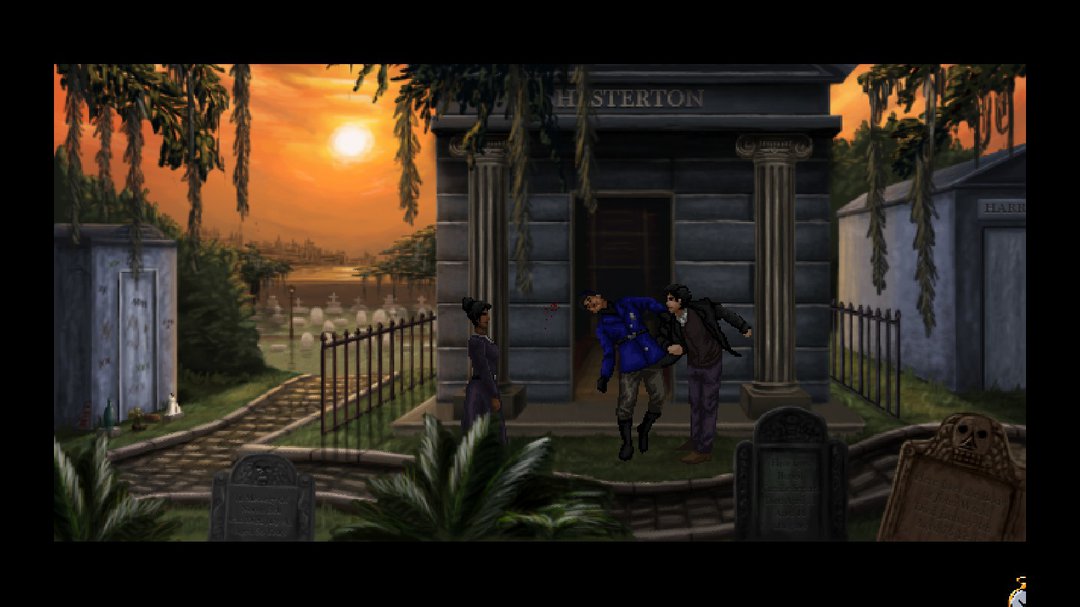 It's not all just rummaging for clues and questioning suspects!

Wrapping Up The Case

If I haven’t essentially driven the point home enough yet, this is $15 very well spent! It’s a steal, frankly, for the hours of enjoyment you’ll get. Point-and-click adventure games, I think, have broadened their appeal these days. They’re no longer just for puzzle lovers; these days the desire to tell a good story is something that adventure games are particularly well suited for. Anyone who enjoys being told a good tale will feel right at home with Lamplight City. As with a good book, I recommend curling up with this game, a glass of your favorite evening drink, and some comfortable slippers. That’s where I’m headed right now.

After all, these crimes won’t solve themselves.